A Fabulously Friendly #FlanFriday: 9 Amazing Flans to Make This Christmas! 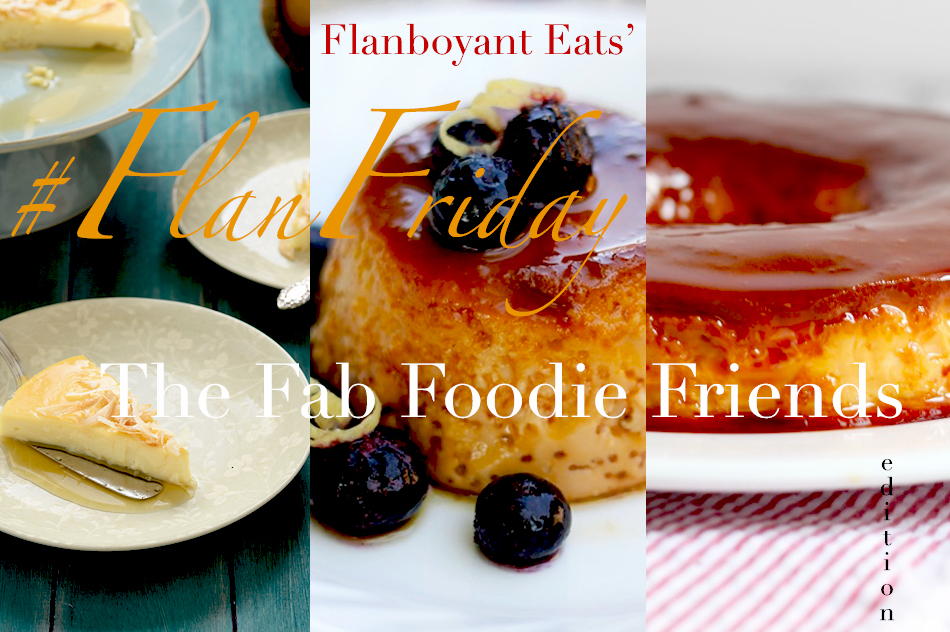 What a Thanksgiving that was! I ate more food than I could stand, but I felt I needed to compensate for the amazing food I missed eating in Europe during the 3 past weeks. Getting sick with a stomach virus is the last thing I’d wish on anyone travelling for any amount of time. It’s the worst thing I’ve ever experienced while out of the country. It took me out for four days – four days without foraging with local chefs and cooks and four days without being treated to exceptional eats by local friends. And so last night, having arrived at my parent’s home exactly one hour before dinner (thanks to my precious mother who pushed dinner back so we could all break bread together), I blessed my food, gave thanks for healing, and went all in like I know how. I showed my mother’s food no mercy. The only thing I do regret is not having been around to entertain the madness which ensues every Thanksgiving Thursday in our kitchen. And since I’ve not been in my own kitchen for 5 weeks now to make anything, even the simplest form of flan, I wanted to do a super special edition of #FlanFriday.

Let me be honest here. I started #FlanFriday a few years ago after a light bulb went off. My idea has been to curate the art of the famed Latin crème caramel through developing and designing recipes that entice and excite every palate. I’ve spent an exhaustive amount of time in my and others’ kitchens exploring flavors, techniques, and combinations over the last 5 years.

I’ve finally reached a solid 49 flavors, all mostly inspired by the season, the harvest, and my travels. Most have worked and thankfully only a handful have forced me back in the kitchen. That only means I’m not done yet and looking forward crafting many more.

Apart from my being crafty in the lab, my idea has always been also to only feature my creations, but in absentia from my kitchen, especially those times caused by a depleted creative space, I’ve enjoyed a slew of other flans by some friends who love to cook.

And so on this delicious Friday, though we’re all probably still feeling the effects of over-indulgence, I’ll enjoy the honors of feeding you more than you can handle. I have some super sweet girlfriends whom also love flan and have created their own variations. I thought it’d be great to share with you their ideas and versions of flan… because after all, it’s a beloved dessert in all of Latin America. That’s 21 countries producing goodness!

Look at all this sexy ooze spilling over plates and forks and eventually in your mouth! It’s a smooth party. It’s suave. Not for the faint of heart at all. Flan is a sensual dessert when made right. It’s creamy. Soft. Smooth. Silky. Rich. Pretty.

Get to know it.

From my friends’ tables to yours this holiday season, enjoy these delectable flans including an oldie but goodie from my own stash. I want to taste them all!

Horchata, a classic rice-based beverage from Mexico, and rum in a flan? Yes, please! It just makes good sense. Though the one I grew up drinking at the restaurant where I worked in my late teens was a lovely combination of the rice base and fantastic natural cacao. Amazingness. Marnely from Cooking with Books feels the same way: “I didn’t grow up drinking horchata but after discovering it, Rumchata is the next best thing – perfect in flan!” 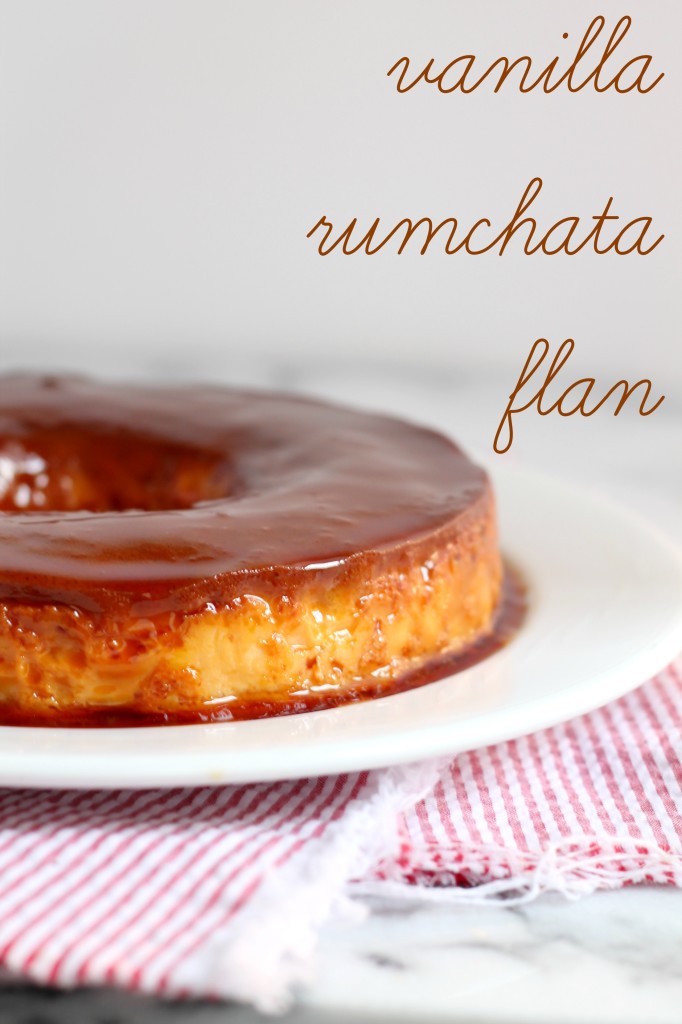 This always works. Such a classic combination for fall but don’t get it confused with a pumpkin or calabaza flan! 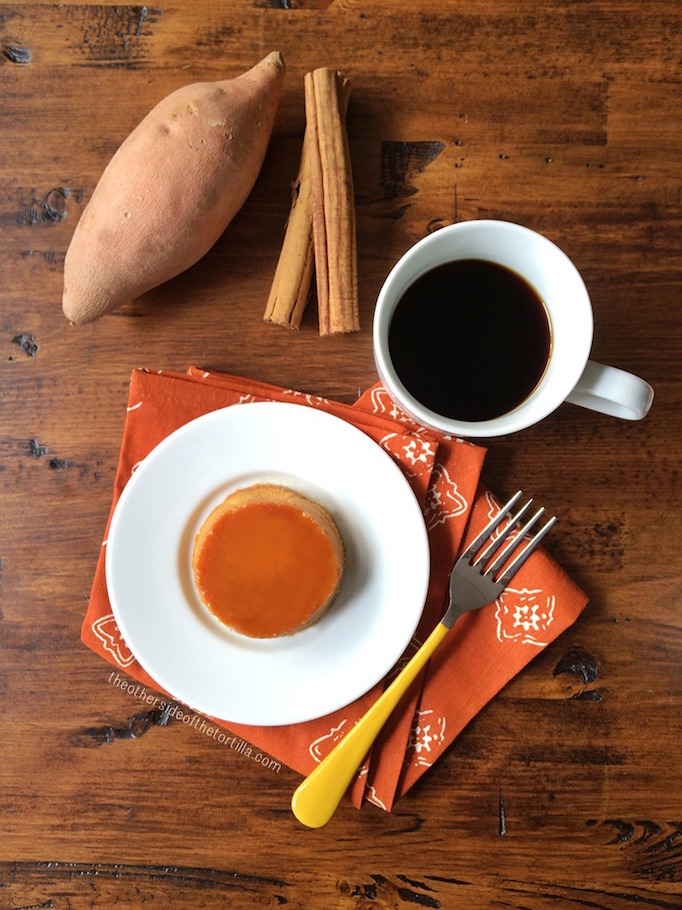 While the name means “little cheese” in Spanish, this is not a dish that contains cheese. I consider it a lighter, milder version of the classic flan. What makes this version particularly appealing to me is the addition of coconut, an ingredient that I am very fond of, and try to use as much as possible. – Clara 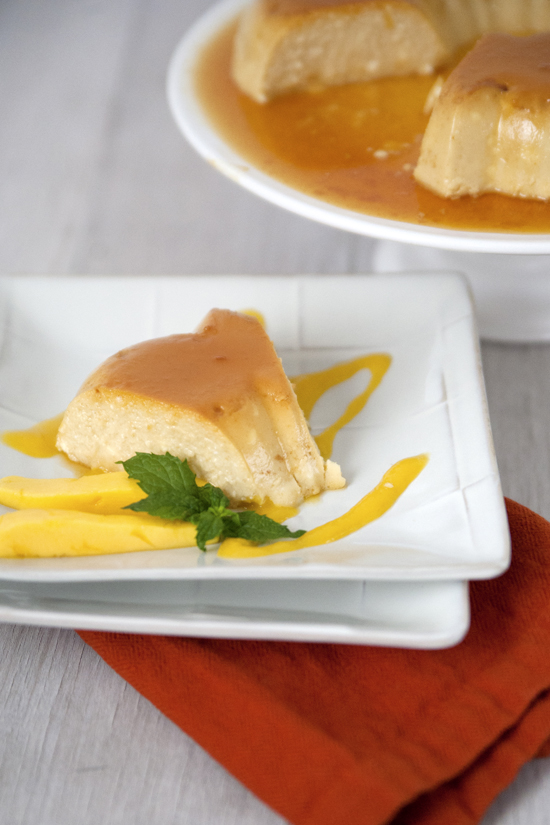 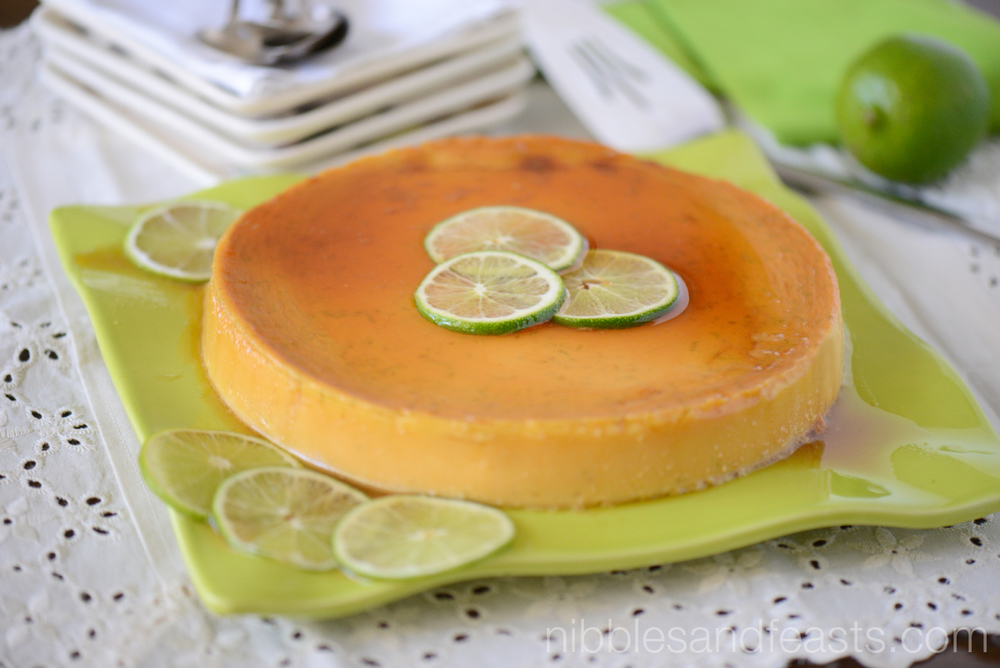 I’m not the only cubana that makes a mean flan! It’s what we all grew up eating, so Marta from My Big Fat Cuban Family knows all too well my affair with the divine custard. 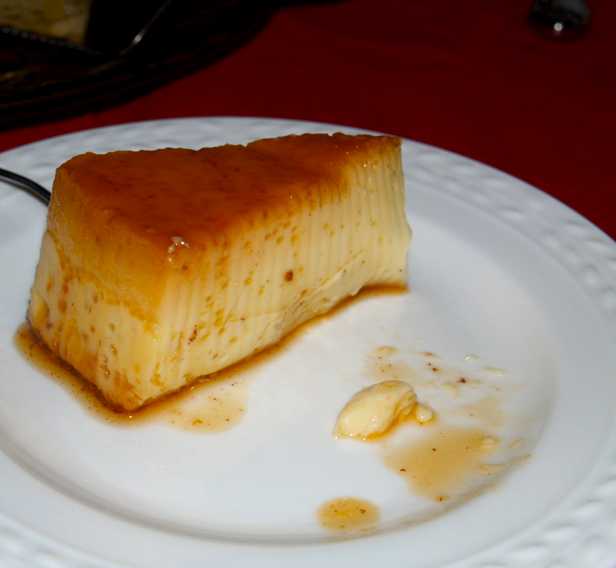 Growing up I had a lot of family gatherings where flan was the guest of honor. This one is special because it combines two of our favorite flavors: Lemon and blueberries. Silvia- 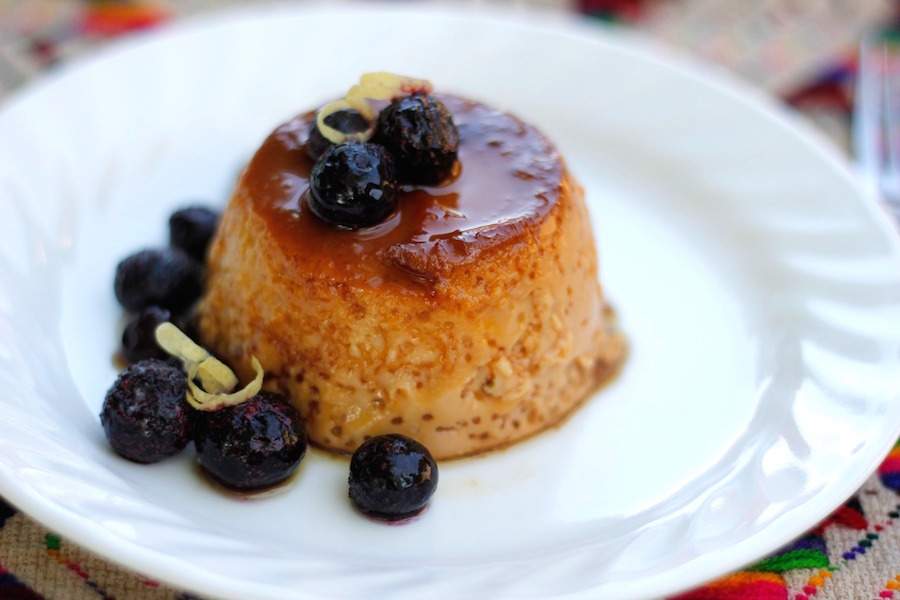 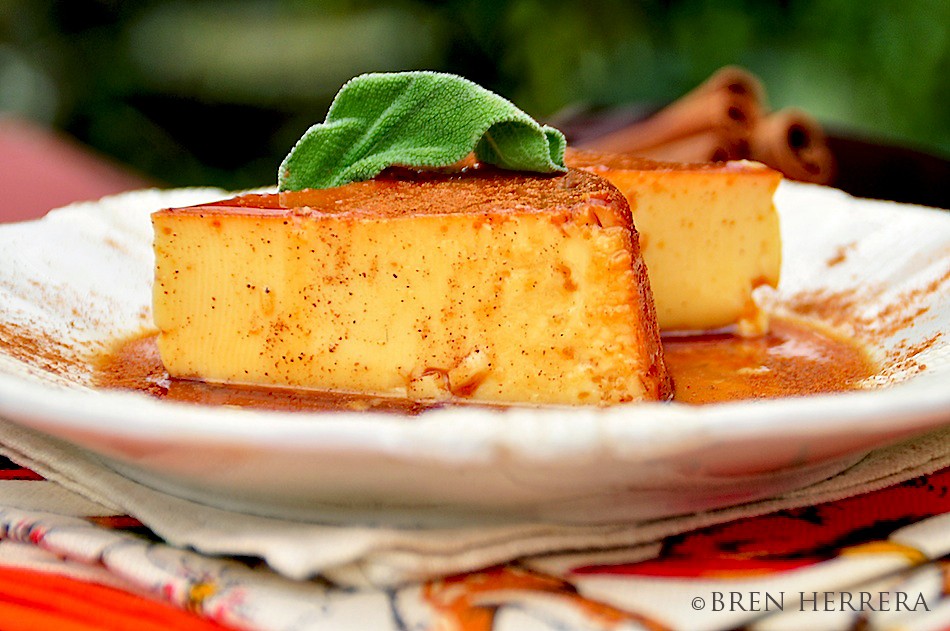 It’s safe to say all things eggnog are welcome as of today! 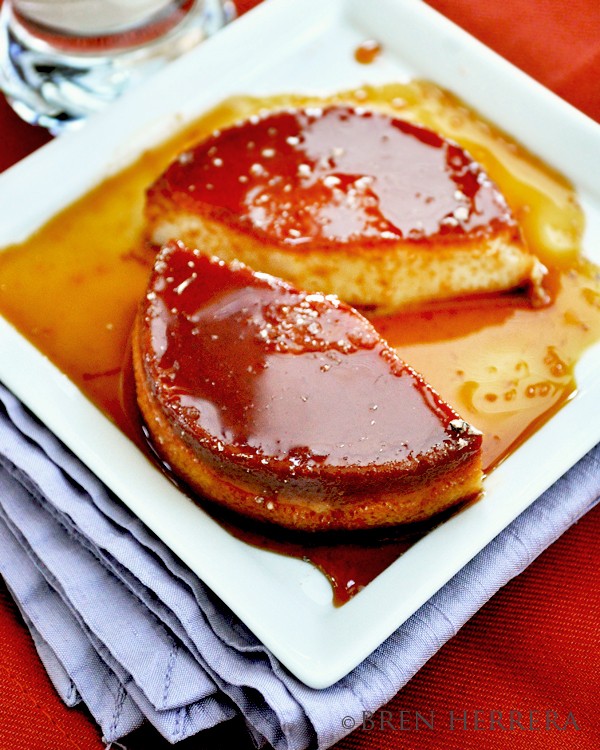 Make sure to check out all of my friends’ recipes! Flan for every week until the end of January! Now that’s just flantastic!

54 thoughts on “A Fabulously Friendly #FlanFriday: 9 Amazing Flans to Make This Christmas!”