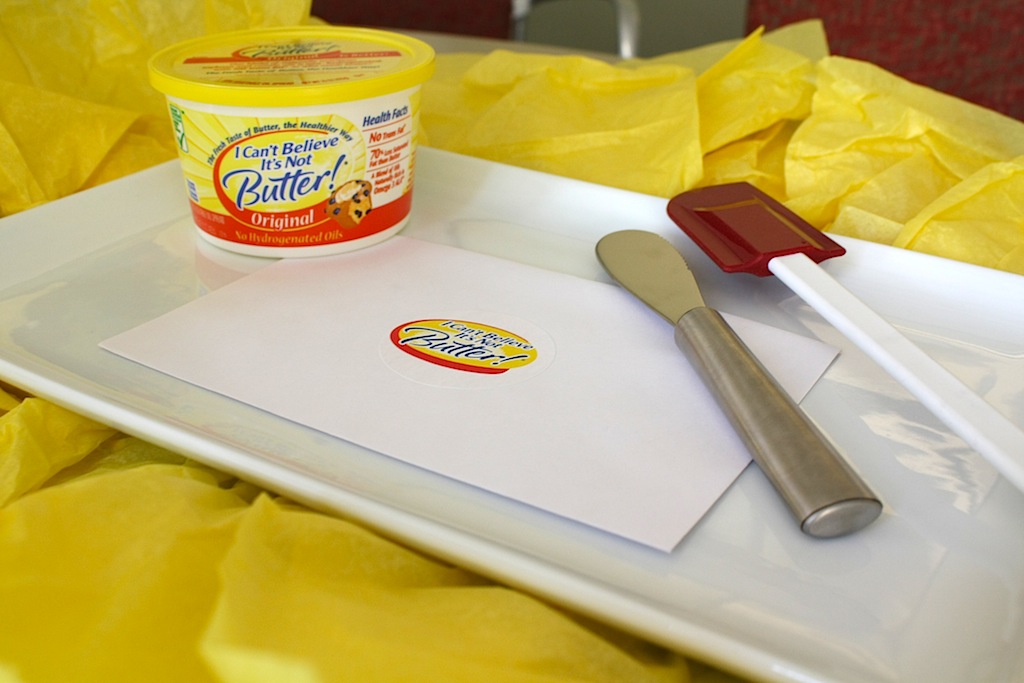 A fellow food blogger recently wrote on Twitter that they were tired of seeing other bloggers do give-aways and product reviews.  The reasoning didn’t have any rhyme to it; they simply said it takes away from the true purpose of blogging. I was confused, considering this is my blog, as is yours, and we can do whatever we like, right?

I’ve given stuff out of my own pocket, stuff provided by retailers, friends and marketers. Of course, I have criteria. I don’t give away a product I don’t like or believe in, for the sake of receiving comments (which time and time have proven NOT to yield not a single more than usually received) or even to promote said brand. I simply do it because I think it’s fantastic that someone else can enjoy something for FREE. If they talk about it in their blog, great. If not, thats fine. Ultimately, I think giving items away is a way of  paying it forward and blessing someone else.

That being said, I can’t believe it’s been 13 weeks since the I Can’t Believe It’s Not Butter “Turn the Tub Around” commercial, in which I appeared on American Idol, aired! Where does the time go? If you’re not familiar with that fabulous and hilarious experience, feel free to read about it here and here.

As part of their on-going “Watch, Vote, Win” on-line sweepstakes, 16 finalists’ (not all of which made it on-air Jan. 12th) full-length 2 minute videos are up for voting on ICBNB’s website. Visitors that vote are eligible to win various prizes. So, I’m happy to report that during week 3 of the on-line contest, my video won!

And, I’m up again this coming Saturday. Starting on the 13th, you can go to ICBINBand vote for your fave video all week long, through Sat. March 20th, and be entered to win the grand prize of meeting Megan Mullaly in Hollywood. I’m up against another blogger that did a pretty good job of singing in her kitchen, while baking cookies using the spread. Of course, I’m biased, so Imma ask you all to vote for mine. Because even though some nasty person we’ll call “Grumpy,” left a comment saying my commercial was “ass retarded” to the point where he’ll never buy the product again, I think my team and I did  a pretty damn good job and I’m enjoying holding my S.A.G card!

Yeah, that’s exactly how retarded my commercial was! At this point, over 50 million people have seen the montage that aired on AI, so I’m far from being upset that one lone, possibly ill-guided individual took time to watch the whole video and leave two comments here!

Job done: He’ll forever think about me when he sees ICBINB! Great!

If you missed it under FE TV, here you go! 🙂 I hope you enjoy!

SO… I’m doing a GIVE-AWAY CONTEST as my way of enticing you to go to their site and vote for me! Plus, you may just get to meet “Karen” from “Will & Grace” live and in person in La-La land.

I Can’t Believe It’s Not Butter is kindly allowing me to give a gift set, including a rubber spatula, a metal spreader and a pretty white platter from Crate and Barrel. Also in the package are some recipes and a $25 gift card  to buy groceries!

Yeah, I like giving stuff away! I don’t even get a set for myself–it’s for YOU!

WHAT TO DO: Leave a comment here and on my Youtube video page OR comment here and Tweet it, mentioning @brenherrera so I know you did it! It’s that simple. Since I don’t get a nice set, I’ll take a few new followers 😉 I’ll randomly select a winner via random.org on Sunday the 21st. I’ll announce the lucky guy or gal next Monday, March 22nd, once the on-line voting has ended!

29 thoughts on “A Giveaway For ICBINB Goodies & Crate & Barrel Platter”