In these last weeks of the year, I’m contemplating all the fabulous treats I didn’t have a chance to make or even taste. There were so many exquisite things I had in my “to cook” queue which never even got flipped.  With the solid 12 months I’ve been exploring Peruvian cuisine, I feel like there was still so much to uncover but I failed myself in not going deeper. Blame that one a limited amount of time taken up with a delicious plethora of assignments, and a centuries worth of history and stories to research from the land of Incas and other Indians. Fortunately, neither Peru nor recipe findings ends with this year. There’s still so much I want to learn about their culture and food.  But, to end the year on a delicious note and a redeeming one where I’d not feel a loss to my knowledge base, I decided to emphatically go after two specific treats and desserts classically known to Peruvian cuisine. A local restaurant in DC, actually very close to my house,  well known for their amazing home cooked foods, though it’s more suitable to describe as a higher end karaoke bar, caught wind of my work with Sargento Cheese and invited me to come delight in their daily made delicias. I couldn’t believe it took my work with Sargento to walk into this place, literally 8 miles aways.  But, better than never, I suppose. I geared up and made my way down the town to La Granja.

There, the manager had two simple options waiting for me. I didn’t know what he had but I immediately went to the first plate. It was simply plated, but pretty. I really didn’t have time to exchange niceties, so I politely cut to the chase. The alfajores, delicately placed on a paper doily, are dulce de leche shortbread cookies with a  hint of anise seed. Totally unexpected. They were amazing, though. I ate one. And then another. And then a third until I realized I was consuming more calories than my  daily allotted amount per my Nike fuel band.

I wrapped the extra one up in a cocktail napkin and brought it home. Probably not a classy thing to do, but since I knew I wasn’t going to make them any time soon, I wanted to relish in their powdery goodness at least one more time. At least a good bite to convince myself to take a chance at them.

And then the unexpected. This caught me off complete guard. The alfajores were fantastic and new to my taste buds, but when his server brought out a flan looking custard, I was so confused. You could understand why, right?! Was someone really dishing me a flan?  Oh yeah. Sure was. This pretty little thing below is Peru’s version of my beloved flan. Crema volteada, with a literal translation of “whipped” or “turned cream” is a creme caramel. While it was beautifully set and perfectly molded, I was afraid it wasn’t homemade. It looked more like an all too perfect “out of the box” custard mix. I didn’t bother asking, just enjoyed it all.

Thankfully, it was delicious and I left nothing a bite to spare. It was definitely creamy but for my tastes, the caramel sauce, which is what really makes a flan superb, was too light. 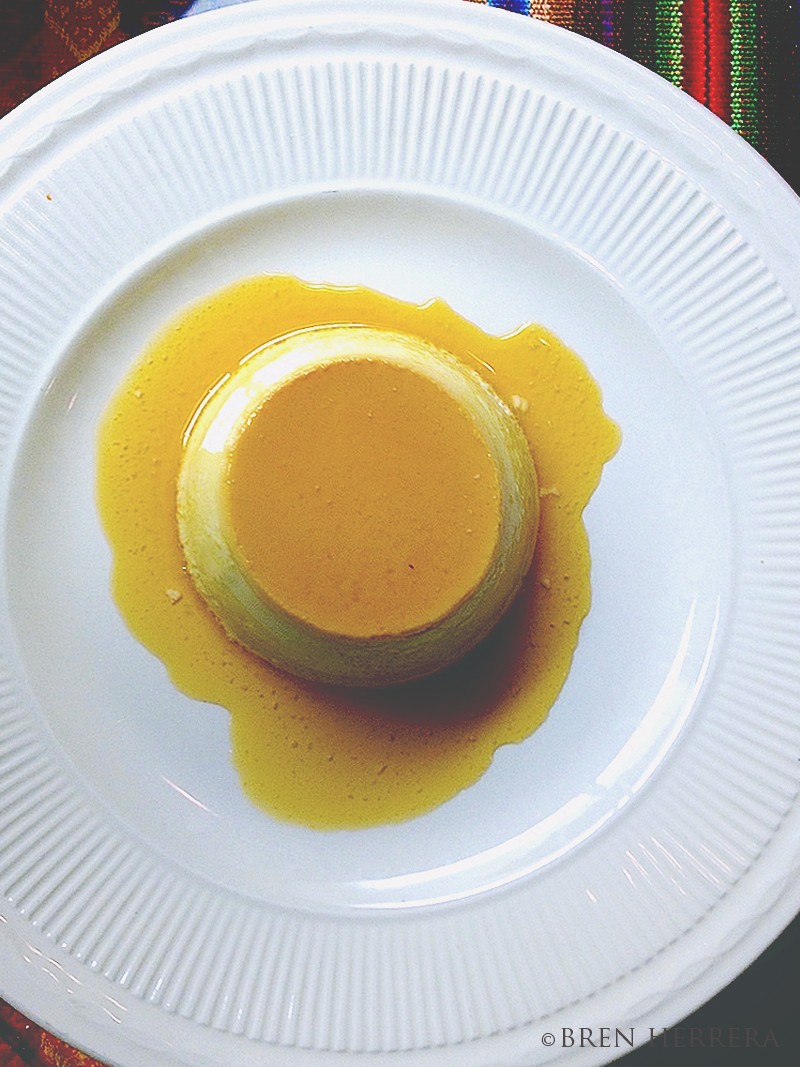 Since flan is so dear to me, it’s been so fun and really quite interesting learning how different Latin countries make the custard. I’m not certain Peru’s is among the more popular ones –after-all their cuisine is so robust and diverse in variety — but it’s among the top I’ve had. Interestingly, though, I’m surprised it didn’t have cheese in it. You saw that coming, right? My work with Sargento this year has been all about how Peruvians incorpate cheese into their foods. And, because there is a queso crema or creme cheese flan variety known to at least Cuba, Venezuela, and Puerto Rico, a cheesy version from Peru would make sense.

If I had to guess, they’d probably use Havarti or Mozzarella. I’m only guessing here based on the foods I’ve made. My goat cheese flan was decadent in all its lovely glory paired with a brandy reduction sauce, as was the Sargento ricotta cheese and guava one; oh, and the bleu cheese and quinoa flan (another Sargengto-inspired development), but I’m wondering how equally divine a soft string cheese snacks or baby swiss with mango coulis would work?! I’m dreaming now, but this is good. This is how my inspiration works.

I’m left totally impressed with a cuisine vastly refined, wildly popular, and extremely delicious which lends to understanding why it’s been named a trend this year by Rick Bayless for me to tackle and why a restaurant in Lima was lauded top 50 in the World’s Top Best Restauransts. It’s really no wonder. 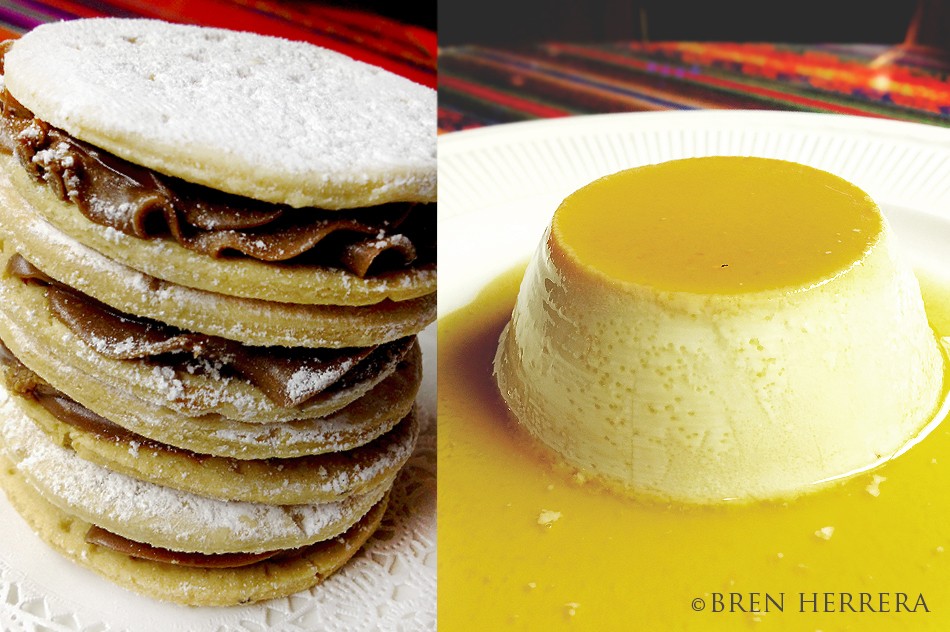 As for the alfajores, those little cookies are it. My new favorite thing. Seriously. One is good. Two are better, but three will do the trick in confirming this cuisine is one you want to get to know more intimately. My research and development doesn’t stop here. When I actually make both, I’ll blog about it and then you’ll know how serious I am about my culinary expansion.  After all, my food focus is Latin fusion!

* This post is part of my continued exploration of Peruvian food and culture with Sargento Cheese as a tastemaker and recipe developer. All opinions and stories are authentic and my own.  See more of my recipes and explorations here! These pictures were taken on my iPhone 4s. Of all days, my Nikon battery died.