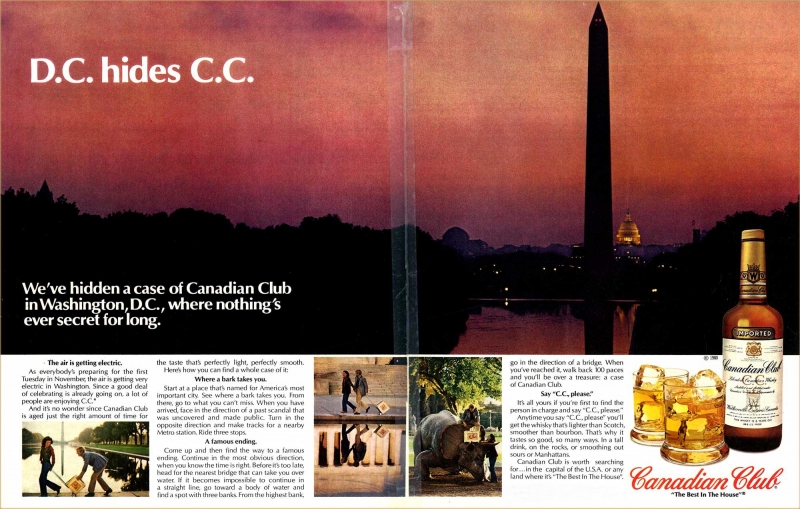 And, I’m not one of the Americans fighting for the 100g’s! Go figure!

Hey friends and amigos.  Can I tell you it’s been a hell of week, rippin’ and runnin’ in 6″ heels like coy chica with her head cut off… really. Between two photo shoots and one more to go, 2 weekly columns, flan baking and orders, speaking engagement preparations and upcoming travel, I’ve not had a quiet moment to sit down and chat it up a bit here on Flanboyant Eats.

I don’t have a recipe this week and may miss #FlanFridays tomorrow, which I’ll totally make up for, but since I like to cover other food related topics and adventures I thought it’d be worthwhile to share something a bit interestingly different. In place of  an enticing receta for you to consider making, I have to share an alcohol-based race I got wind of and kicking myself for not knowing about sooner.

You know Canadian Club, right? The whiskey hailing from the land of ice hockey players and Celine Dion (I’m so not a fan!)? I’m not that kind of drinker so I’ve not come close to tasting their stuff. But, I found this scavenger  campaign they’ve just kicked off really interesting. 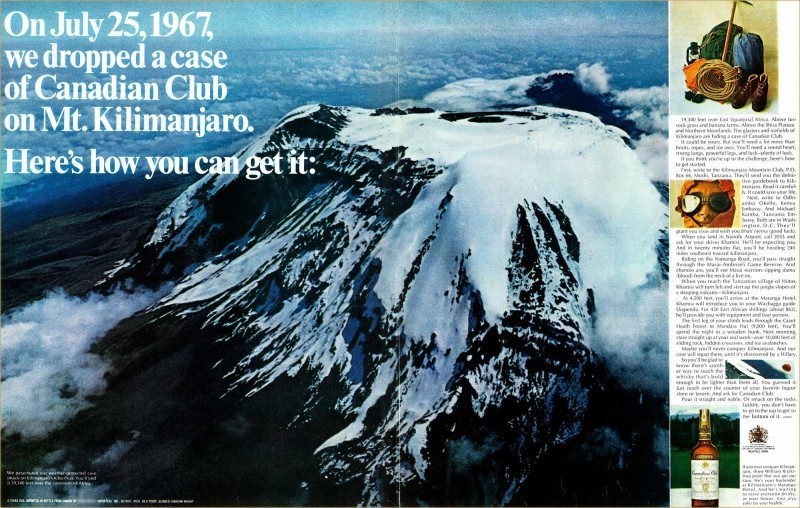 Between 1967 and 1991, Canadian Club hid 25 cases of their whiskey in remote places all over the globe. Weird, right? It was part of a print ad campaign called “Hide a Case” to create buzz on the brand. It worked well and received lots of attention with dare devils challenging themselves to go out and find one of the cases based on hints written in the ads. Some of the finders keepers’ stories are off the chain… One of  the  cases was even hidden in D.C.—I wasn’t even born yet to have vied for a global trek, let alone drink. Anyhow, of the 25, 9 are still unaccounted for. Most of them are said to be in the Yukon Territory, Canada; Loch Ness, Scotland; the North Pole; and Robinson Crusoe Island, Chile. Unofficially following the theme of “Amazing Race”, CC has decided to give one super lucky person $100,000 for finding one of those 9 cases!

Here (and above) are some vintage printed ads… 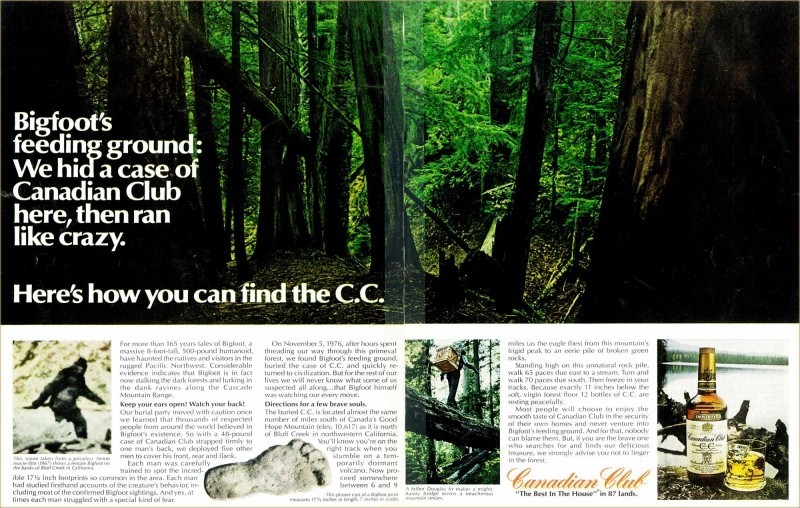 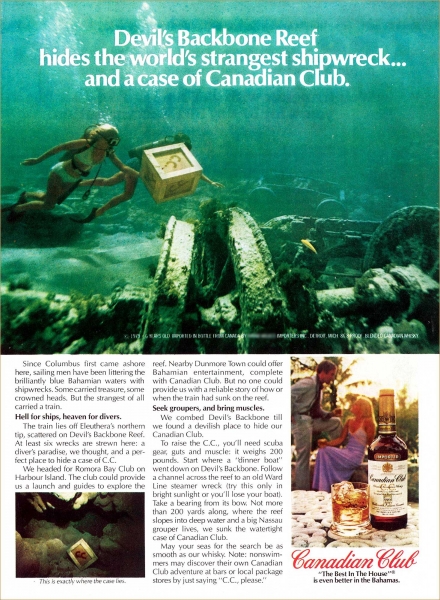 I don’t know how I missed the call, but sometime last year, contestants in the U.S. and Canada entered to participate in a crazy, NY-minute race to find one of the cases in TONGA! What a damn sexy place to be on the hunt for a case of liquor! Yeah, I slept on entering that. I’ve keep saying and trying to convince my dad to do Amazing Race with me, but he’s not quite there… I’m working on him, though.

So, in this captivating and very unique campaign, the 8 finalists took off today for Tonga to battle it out and find a case. Why do I care about this? Well, one of the Americans that’s there right now is a fellow native from Falls Church, Va, my hometown. I don’t know Kristina Beall personally, but we went to rival high schools right down the street from each other, so I’m sure we know people in common. 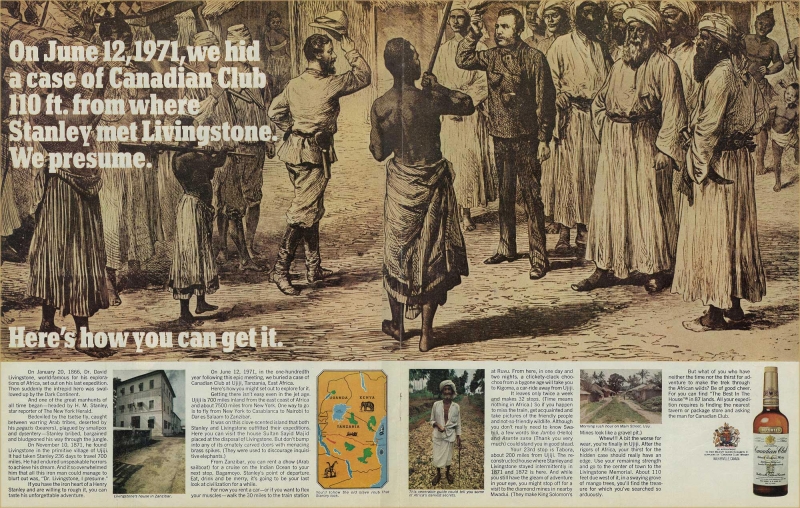 I’m rooting for her all the way and hope she kicks royal booty, gets a tan along the way and comes home with the bag of loot! According to Canadian Club, “The Americans will be competing against the Canadians in the adventure of a lifetime, exploring exotic locations, trekking through uninhabited and unusual lands, racing the clock to solve the clues and find the elusive case. All 8 contestants will receive a nice $12,500 each, and did we mention, the final winner of the race for the case will scoop $100,000!”  Lucky, lucky, lucky.

The foo-fighthers, as I call them, are live blogging about their adventure and sharing their strategy on how they plan on winning. You can check it out here. They’re also uploading daily video of their challenging exploration for their fans and supporters to check out.

So, after all that, believe that I’ll be entering next time they host a global race for alcohol! I may not drink the findings, but I’ll be sure to have a big ol party, kicking’ up my heels, tooting some horns and going shoe shopping with the winning purse!

Hope you enjoyed! Go Americans! (and you, too, my fellow Canadians, sort of! 😉 )