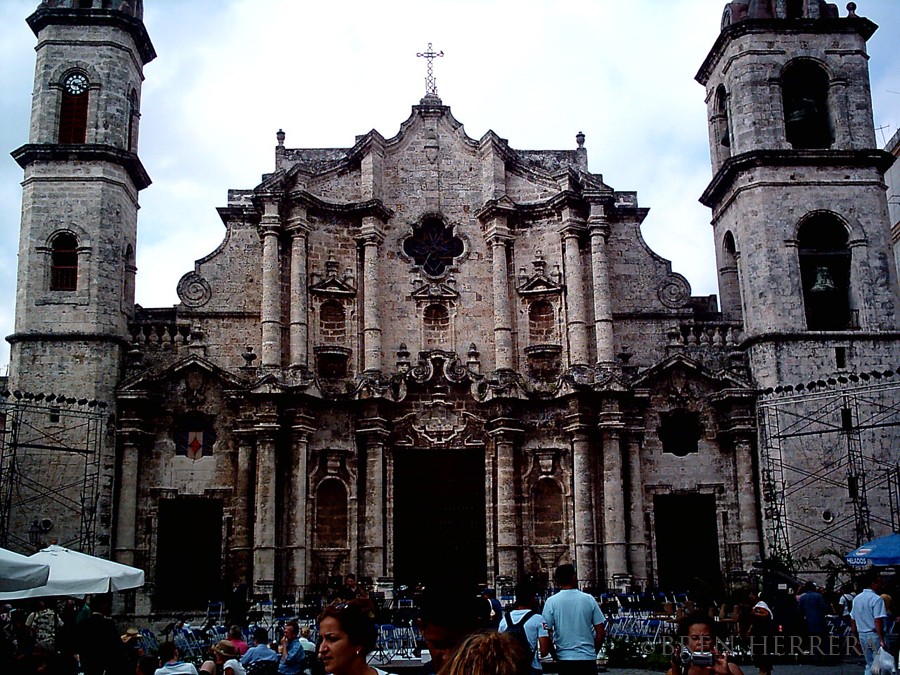 Editors’ note: After watching Anthony Bourdain return to the tube with his premiere episode set in Havana, I anxiously called my parents in anticipation of the very response I received. Their opinion of the show was not too far off my own but more forgiving than mine. I asked my father, a journalist (of Cuban politics, mainly) of 40 years, for his candid thoughts. I wanted him to share his point of view, considering he lived through la Revolucíon, the guerrilla movement that left my parents no choice but to leave the island. He accepted my “assignment” and in witty prose, discusses the points Bourdain missed; and applauds those he nailed. His is the first of a 2 part series of our analysis of No Reservations: Havana. My take on the show will be next. Our hope is for you to see the Cuba we know, he better than I. [our images have been saturated for pure eye candy. The colors in reality are much flatter and not so vibrant.

Roman emperor Marcus Aurelius (AD 121 – AD 180) is credited with a poignantly poetic phrase that described his vision of Rome: “There was once a dream that was Rome. You could only whisper it. Anything more than a whisper and it would vanish… it was so fragile. And I fear that it will not survive the winter.”

I will shamelessly borrow from and paraphrase the great emperor/philosopher: “There was once a dream that was …Havana.” 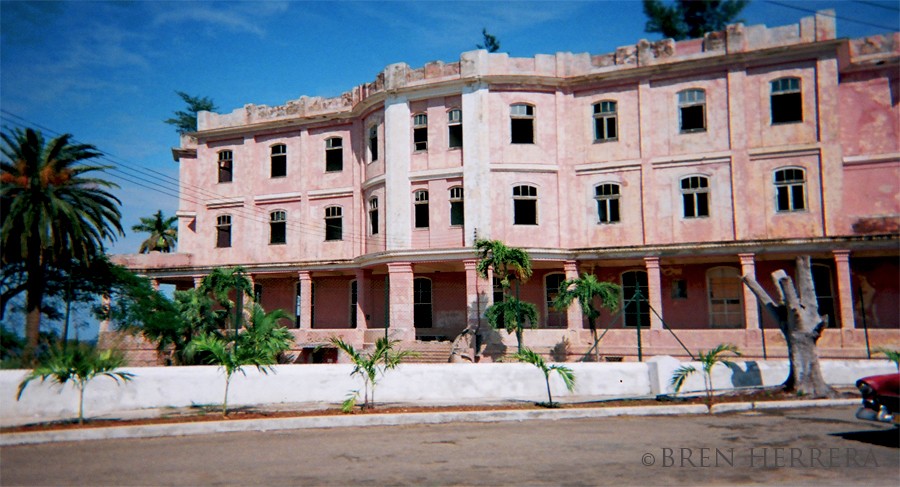 Watching this season’s premiere of Anthony Bourdain: No Reservations from Havana brought back heart-wrenching, nostalgic memories of the dream that was MY city. You see? I was born there, and while I have not set foot in Havana in more than 30 years and thought I had shaken its spell, I found myself glued to the TV set through the whole episode. The magic was still there!

I’m an epicurean; some would even say a sybarite. Travel is my passion; good food is one of my loves. While not a die-hard groupie, in general, I like Tony Bourdain’s shows, and I’d be lying if I didn’t readily admit that I envy him big time: I’d pay big bucks to do what he is paid (handsomely!) to do.

But, enough with my digressing thoughts for an introduction; let’s get right down to it.

Did you watch it? Hope you did, otherwise my musings may not make much sense to you. For those who did, we probably can agree that the show was, well… interesting, colorful, even good, and for some it opened a window – however small an opening – into life in a country that international politics has kept shrouded in a fascinating mystery for more than five decades.

(courtesy of Travel Channel’s No Reservations)

Anthony Bourdain knew that doing a show about food and travel in Havana would be controversial, to say the least, among many Cuban viewers in the US, and he said so at the very beginning; a clever way to both deflect anticipated criticism and entice viewership.

He was right, I mean, I don’t pretend to speak for all Cuban viewers, but as a cubano living in exile for the last 30 plus years, I do have my reservations about his glossy and grossly superficial depiction of life in Havana.

His is not a political show, granted. If it were, I would not watch it. I’m sick’n tired of politics. But for better or worse – and I say, worse- everything about Cuba is political … even a show about arroz con frijoles, cigars and old, vintage American cars. 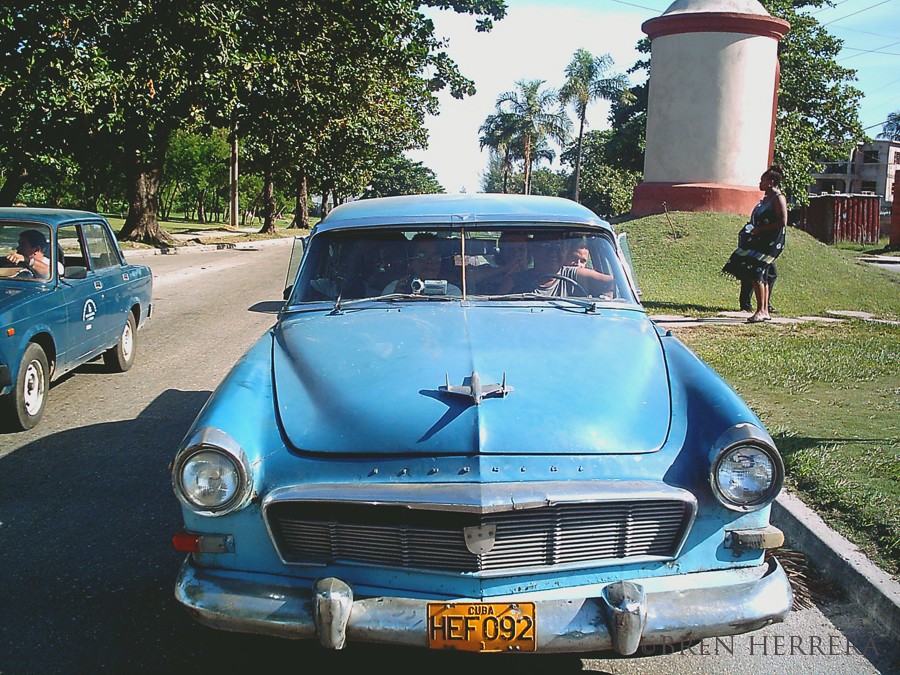 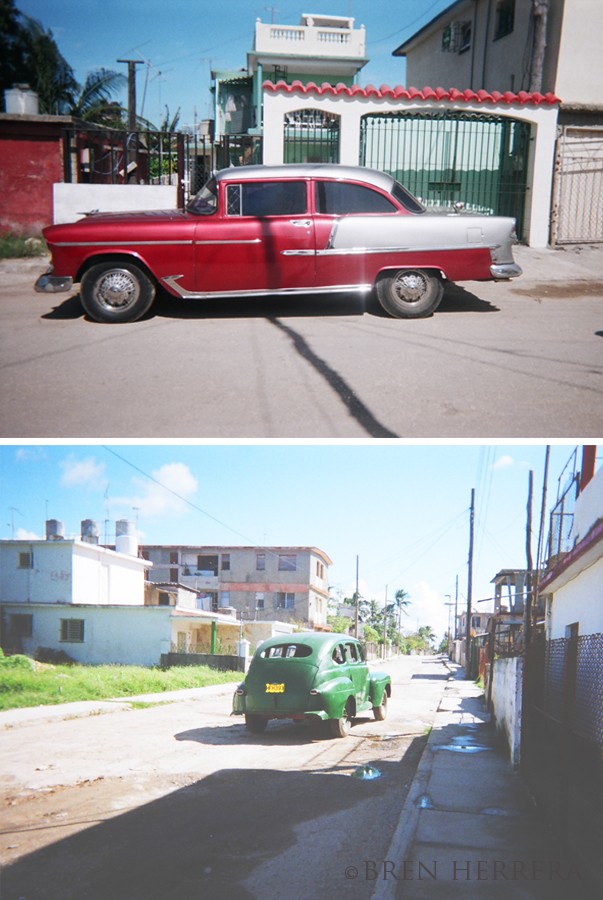 Anthony emphasized the non-political nature of the show right off the bat, and right there began my reservations. “This is not a show about communism, which I abhor,” I’m freely paraphrasing him here, so you know, but that’s what I kind of remember him saying. And then, this: “… or about Fidel Castro, about whom I have mixed feelings.”

{READ: ANTHONY BOURDAIN IN CUBA AND THE TRUTHS HE MISSED}

Luckily, the show soon progressed toward its traditional content. Aaaahhh, Cuban food, with its luscious, sensual appeal, its tropical colorfulness, its inebriating smells and its sinfully scrumptious flavors that make your palate gasp in orgasmic fits. Si, in a nutshell, that’s Cuban food, and Anthony’s artful camera shots brought it out in full force. Kudos for the photography and video quality! 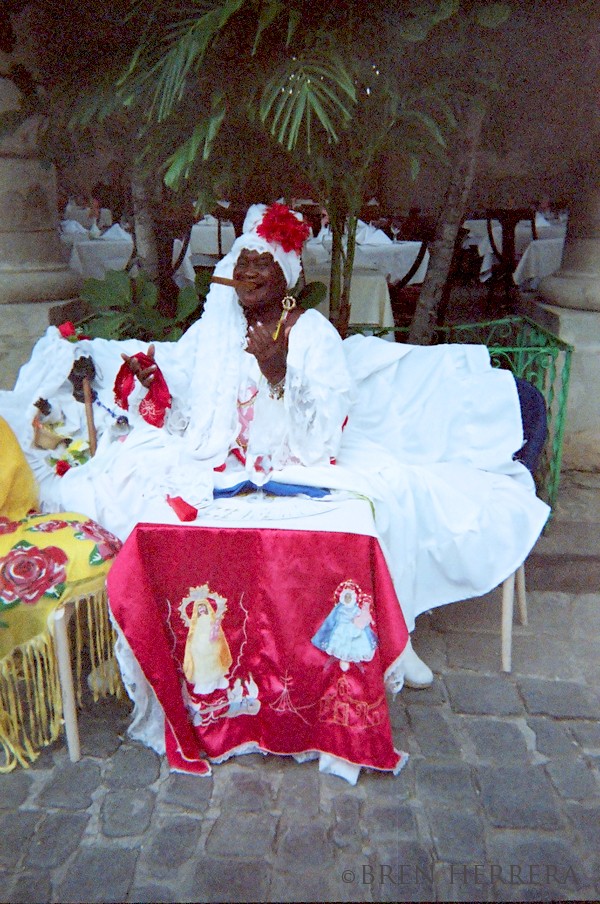 And then there were the cigar-smoking, black old matrons dressed in full Afro-Cuban religion regalia, the patched-up, partially reconstructed with Cuban-modified Soviet parts yet amazingly preserved old American cars right out of the 40’s and 50’s; the baseball games, the passionate group discussions bordering on arguments about, what else, baseball, in Parque Central.

By the way, I’ll have to digress briefly because this came as a surprise even to me: Folks who gather at Parque Central to vociferously argue about who the best all-around player is, or whether the team manager was a dumb ass for ordering a “stupid” play, or how so and so would do in the Big Leagues, are officially recognized by the government with an ID that identifies them as baseball fans, so they can gather without fear of being mistaken for a political antigovernment rally! You’ve got to love it!…But Anthony has mixed feelings about Fidel Castro. Oh, well.

Back to the show… and the food. Both the food he showed and enjoyed at official restaurants and private Paladares (government-sanctioned, heavily-taxed, home-based, family-owned and run restaurants) looked and seemed to taste heavenly, and I don’t doubt it. I know Cuban food, that’s why I rarely, if ever, go out to a “Cuban” restaurant, at least in the D.C. area. I have the best Cuban food at home, every day. No one can compete with my wife’s skills in the kitchen; that’s for sure.

What Anthony failed to mention –and if he did it was so in passing that I missed it- is that 90 percent of the Cuban people do not have access to that food. As matter of fact, 90 percent –and I admit that my stats are not scientific- have to struggle day in day out to barely put anything on their table. That is the Cuban reality, and for Anthony Bourdain to have glossed over that hard fact, it was a disservice to his viewers.

This is a food blog, so I will spare you my reservations about his misleading statements merely parroting Cuban government propaganda about how awesome Cuba’s education and health care systems are. Fellow Cubans reading this don’t need me to go there. Many Americans are so enthralled with anything Castro that would not believe me, anyway.

But the truth has to be told: ‘Anthony Bourdain: No Reservations’ from Havana was nicely done as far as travel, food TV shows go. It was meant to be a post card view to promote not only the show but mostly travel to Havana under current, more relaxed US travel policy to Cuba. That’s fine; business is business. But it was sadly inaccurate and misleading in many ways.

As I watched and absorbed the strange, everlasting beauty of a dilapidated city that still awes its visitors with an almost tangible, magical charm, it brought me back to my first time in Rome, several years ago. As my wife and I landed at Fuimicino Airport, we rushed to our hotel and, without even taking a shower, rushed again to the Colosseum. I can still “see” both our expressions when we got out of metro right there, in front of the imposing, crumbling, centuries-old structure. I remember thinking: “Wow, what great city ancient Rome must have been!!”

True, there was a dream that was Rome… As Anthony Bourdain sat on Havana’s famed malecón and the last camera shot faded on a tropical sunset with my city as backdrop, I couldn’t help forgiving Bourdain, despite my reservations, and thank him for the show. 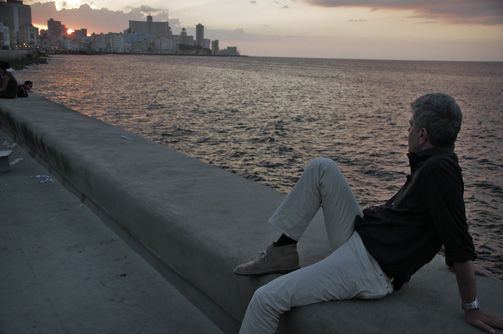 (courtesy of Travel Channel’s No Reservations)

There was a dream that was Havana!

Writer’s note: To be fair to Anthony Bourdain, here’s a link to a brief interview on the show where he elaborates somewhat better about the situation in Cuba.

1 year ago by Bren Herrera
Tina Turner just got our attention all over again! The dancing rockstar with the thick legs is offering us peace in harmony. The icon has taken to lending her voice for our collective peace and calmness and we're here for it! Though I'm personally not into...

1 year ago by Bren Herrera
Welcome back to Live! at the Hive, episode 6. I’m so excited you guys decided to join us once again. I can’t believe I’m already at episode six. 4. My opening thought for the day is pretty straightforward. The episode explains all of that. You hurt y...

The #OscarsSoWhite Moment You May Have Missed

1 year ago by Bren Herrera
It's true. The Oscars  (are) So white. Not just in the lilly white crowd-looking-their best, but in production and editing and screenwriting and directing and stage performance, and costuming, and funding. Ava Duvernay -- who dominates Black Twitter and ca...

1 year ago by Bren Herrera
Welcome back to Live! at the Hive, episode 5. I took an intentional break during the holidays to live life and really enjoy the season. While the break was much-needed and proved to be just what I needed, I'm so glad to be back on the mic! There's so much ...