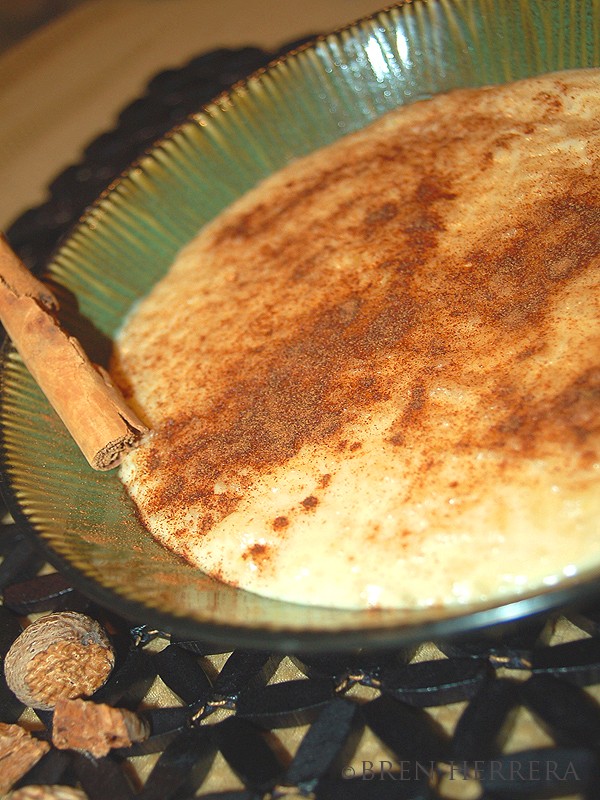 Did you see it on CNN or any other national news outlet? My God! On Friday, as we were on our way to have dinner at Don Pablo’s, the skies opened up and a monsoon hit the ground! I was wearing flip-flops as I just finished applying really pretty OPI dark purple polish, and I didn’t want to jack it all up. Had I known it was gonna come down like that, I would have worn some other formidable pair of shoes! Anyway, on our way home, we learned that a tornado ripped through downtown, blowing windows out of CNN world headquarters and poor Cabbagetown (really cool and hip grungy part of town) suffered pancaked buildings. I dare not ask for blueberries in mine.

I love rain. I love rainstorms. I don’t like lightning. And being only 10 miles away from the destruction zone, I got mostly 90 mph winds, rain and lightning. That called for inside time.

Needing something to do since I wasn’t going to be nosy enough to drive d/t to see the mess, I decided to cook instead (I’m needing an excuse these days). Spinach and mushroom turkey burgers (no bread buns) kept me very satisfied before the storm touched down, but I needed something really sweet to keep me sane from being forced to stay in.

If one thing I could pray away about my eating, it would be my sweet tooth. I have a very, very, very rotten sweet tooth (figuratively speaking). Sometimes, I’ll forgo a meal to have something dulce. It could be just about anything. Neither one of my parents or siblings have it as bad as I do, so it must be from my paternal grandfather who is known to get up at 2 am to have a tart. And, he’s 86.

I started rationalizing a much needed purging of sweetness, this way: “why pay for extra fat and calories when I pay (gym) to burn and keep them off anyway?” That approach has helped in part, but when it comes to desserts I grew up eating and begging my mother to cook, there is no reasoning.

Take arroz con leche for instance. Not something you see often on menu’s (even Latin restaurants), but, worth every minute you spend on it and surely every spoonful licked. I’m not sure how high in the echelon’s of fine dining it may lay–for all I know, it could be considered peasant’s food, but who cares! It’s damn good. Who would of thought that rice and milk combined would make a delectable after dinner treat!

And with a cup of Cuban espresso–¡hay que rico!

An unknowing person might liken arroz con leche to Thai cuisine’s “sticky rice”, only it’s not at all. Yeah, they’re both rice and milk-based, but the consistency, texture and flavors are very distinct. We use “Valencia” or short grain rice in our recipe. I’m not sure if other Latin American countries deviate or vary in their choice, but I’ve concluded that Valencia is the best. My mother would also suggest sushi rice for those of you buying Asian foods most of the time. I’m not so certain on that, but I yield to her highness when she speaks food.

I share here a dessert I absolutely love and would even make once a week if it weren’t so full of calories and sugar. It is a bit time consuming, but it’s such a treat, indeed. Kind of like pink cotton candy when you were 10 and loved to show off your pink and sticky tongue…Anyway, I promise you’ll love the arroz con leche if you’re into dairy-based dessert and for those of you wanting something totally off the cuff and different from your everyday cake and ice cream, here you go!

Oh yeah, and I finally broke down and bought a nutmeg mill that I’m in love with! How come I didn’t get one sooner!?! It’s the best little gadget I own, to date. Found it brand new on ebay and paid a fraction of the retail cost. I used it the other day for the first time and am now looking for a reason to use it again. If you don’t have one of these cute and very efficient contraptions, you should consider getting one. 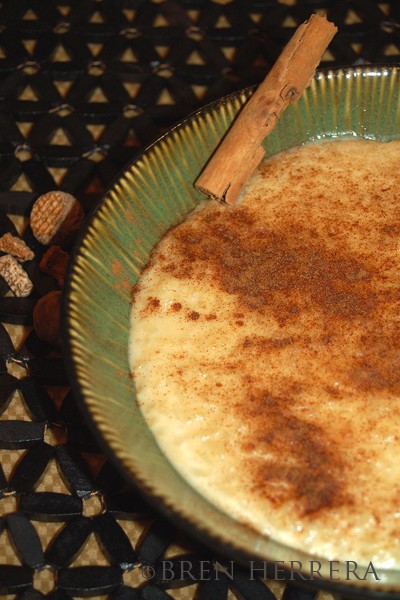 Thank God there were no fatalities as a result of the tornado in Atlanta. And Sunday was simply gorgeous. But I had Hooter’s for dinner. Ick.

Wash rice and bring to boil in large sauce pan. Add salt, cinnamon stick and lime peel. Stir. Cook rice until it has cooked fully and is tender. Stir in condensed and evaporated milk , whisking constantly for about 5 minutes, making sure rice mixture does not stick to pan. Bring heat down to medium and cook until mixture begins to thicken. Once fully cooked, pour into casserole dish for large group sharing or tall glasses for individual servings. Sprinkle cinnamon over top. Let cool.

82 thoughts on “Arroz Con Leche for My Sweet Tooth”