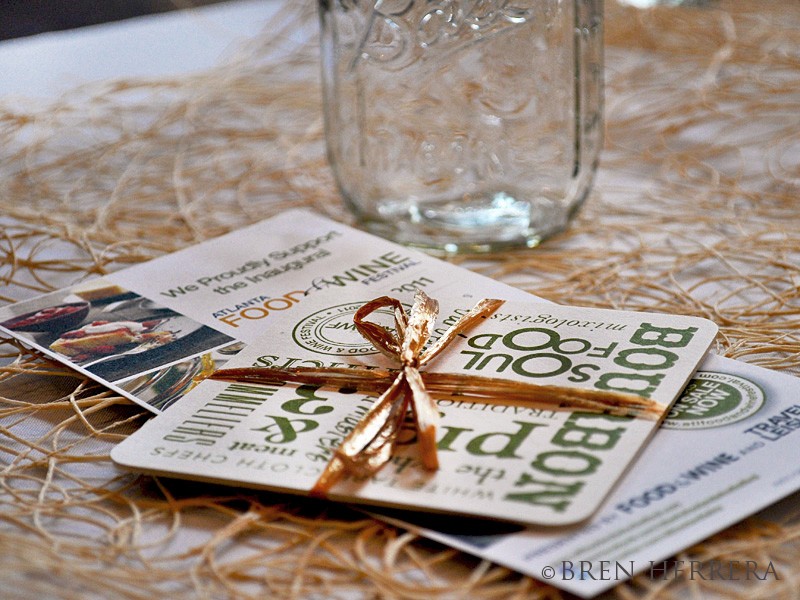 I’ve been living in this growing Southern metropolis for five years now and have thrown myself into the food mob almost hard core. One of my observations and common complaints among other “foodies” is that Atlanta is lacking a strong and diverse gastronomic scene. Yes, I’ve eaten  at an immeasurable amount of really, really good restaurants and have spent time with some amazing and really talented chefs, but it’s just not there the way it can be.

Super star chefs like Kevin Rathbun of Rathbun’s steak (Iron Chef contestant), recent Top Chef All-Stars Richard Blais of Flip Burger and a handful of other names keep Atlanta on the radar. Yes, I come from DC  where the world is literally at hands reach when it comes to food (though the NY Times has bashed us for not being a NY — well, of course not– it’s not the social and fashion epi-center of the States) and I love every bit of the international selections on every corner of the quadrant city;  and spend a lot of time globe-trotting which allows me to eat, taste, experience and enjoy more than one could stand.

But, Atlanta is the biggest city in the Southeast and should have more to show for.

If I had some real money, hell, I’d start up where my parents left off  and run around in their wildly popular food truck (strategically placed right outside the INS), serving up refined Cuban and Latin food. But that’s wishful thinking — for now.

In a controversial letter to “Atlanta Chefs,” John Kessler, a writer for the AJC, challenged them to step their game up because this May, in a matter of just 3 weeks, the world is going to be looking at this city and judging its skills and ability to produce worthy edible experiences during the 1st annual Atlanta Food & Wine Festival. I agreed with his discontentment in part, but have to disagree in larger part. You have to consider where you are and who your client is before you can go around judging and charging anyone to do this or that.

I for one can’t get clients to try tripe or beef tongue, two amazing proteins I make extremely well and would love to share. But, I’ve learned that this market just isn’t completely ready for all that jazz.

All that being said, Atlanta seems as though it’s ready to whet its palate with down right authentic southern food.

The highly anticipated and well-buzzed about festival set to kick off on May 19th, promises to be replete with seminars and a plethora of tastings and demo’s from celebrated chefs in the Southeastern region — though Maryland is left out. Don’t ask. I have no idea. I couldn’t get the founders to give me a solid answer.

Oh, same with any Latin cuisine demo or session. After all, Florida is considered the South and there more than enough Latinos in the state to justify having at least two themed programs.

Generally, the concept is to highlight Southern fare, both traditional, new and fusion. Beyond the prototypical mac-n-cheese, collard greens, pork, banana pudding and fried chicken, it’s representing a line up of far more refined dishes. No matter the style of food, peeps I’ve talked with agree Atlanta is ready to shine and show off all the culinary glory it has so far. Surely, there is no shortage of talent, so it’s about time.

The session tracks seem to be pretty thorough covering distinct themes from the most basic (coffee sipping) to more complex and more pricey, like the truffle hour, priced at $125 and limited to only 50 people. That’s a must for moi, so check! Other appealing sessions offer global conversation like French inspirations and tales from “A Southern Boy [that] Goes to France” hour to a French technique applied to Southern-style cooking demo. 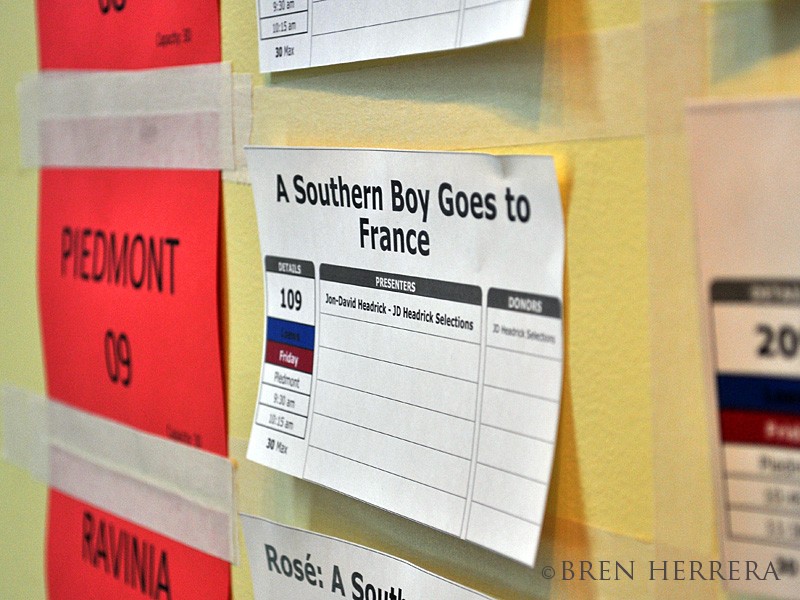 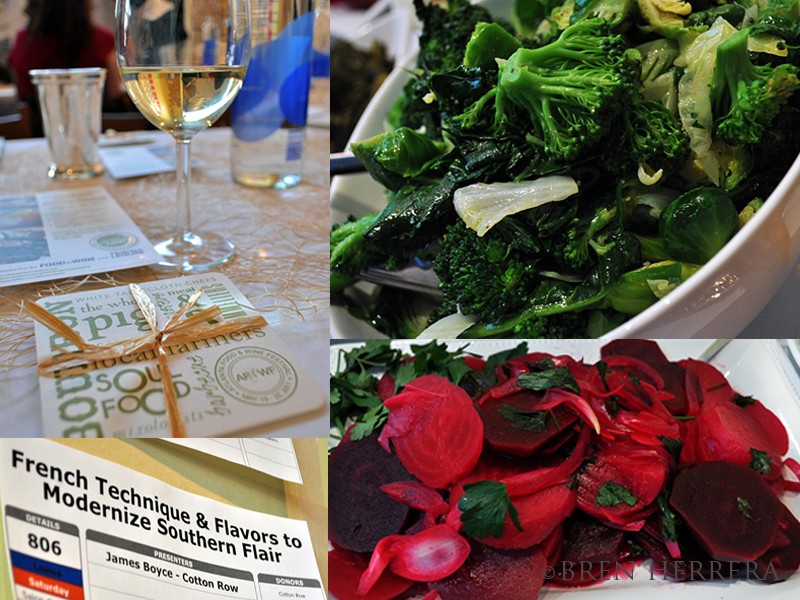 Surprisingly, a lesser amount of Atlanta chefs,  restaurants and specialty and spirits purveyors will be featured. Of the must see will be Tim “the Cheeseman” from Star Provisions. This super duper nice dude will be talking up southern cheese like a true monger. I’ve had about 15 cheeses from his corner, mostly at his suggestion (see here ) so his selections and chit chat for the festival undoubtedly will be amazing and ultra cheesy.

Ford Fry of JCT Kitchen will have fried chicken, Kevin Rathbun and his brother will be grilling while a slew of food trucks (this is when I really kick myself for not putting my ducks in a row and started one earlier) will be sharing local treats.

And, if YEAH! Burger serves their pickled mushrooms and beets, eaters will be some giddy folks. Had it. Good stuff. 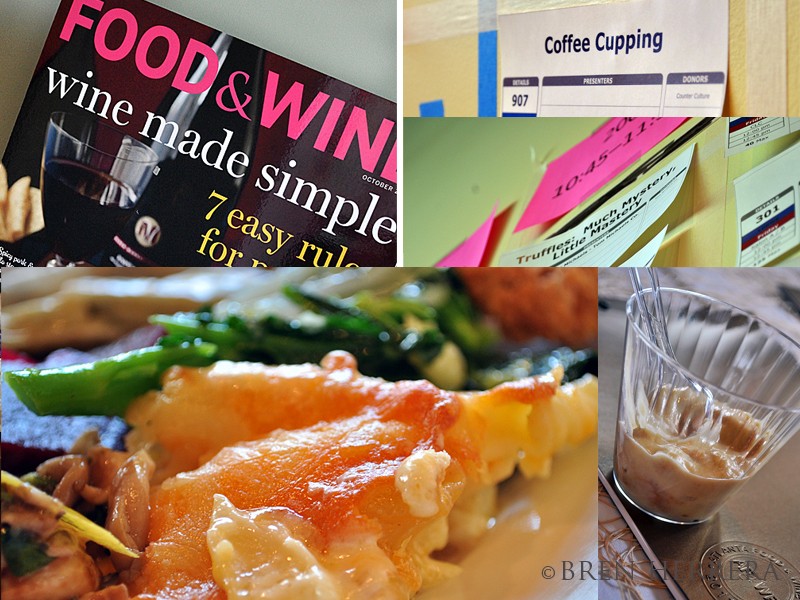 On the regional side, notable chefs Michelle Bernstein, (James Beard winner),  Todd English, Warren Lee (whose Cake Love joint in DC is a fond memory for me as I remember talks of it opening long before it did) and Ashley Christensen from North Carolina (another amazing chef whose food I’ve had and is honestly beautiful, hence her James Beard award) will all be presenting and cooking up their staples and true Southern fare cuisine.

If I’m in town, I’ll be there, hobnobbing with the chefs and fancy folks talking about specialty items,  eating southern food and mingling. Yes, I’ll be wearing stilettos and probably donning a hat. But I’ll also engage in the master cleanse diet a week before so I can make room for all the food I know I’ll devour!

Hopefully this size event will help step up Atlanta’s food game. I mean really, if Caribbean islands which are less populated and much poorer can host successful festivals, surely hotlanta should be able to knock it out the box!

Go here for discounted day tickets. And here for a partial schedule of events.

42 thoughts on “Atlanta Gets a Food & Wine Festival. Finally.”