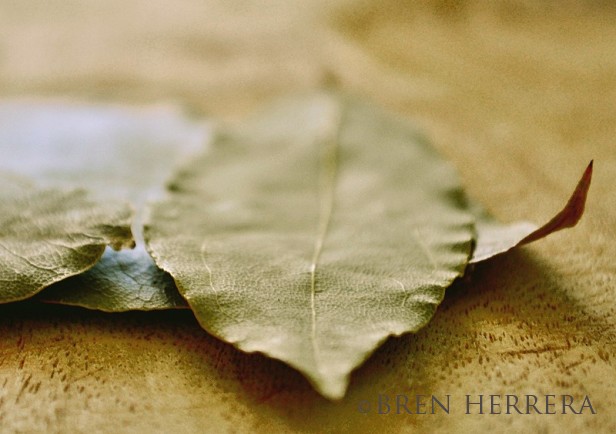 This aromatic leaf is originally from the Mediterranean and yields from the evergreen laurel tree, hence it’s name. It’s typically used in Latin cuisine when flavoring most meats (carne ripiada) poultry dishes (pollo en fricasse) and soups and broths (caldos). There are two varieties of bay leaf: Turkish and Californian, both resulting in same flavor though the the latter is stronger. I keep bay leaves by the bags and go through them like ice in water! So good! Like more dried herbs, store for no longer than 6 months (though, I seldom follow this “rule.”)