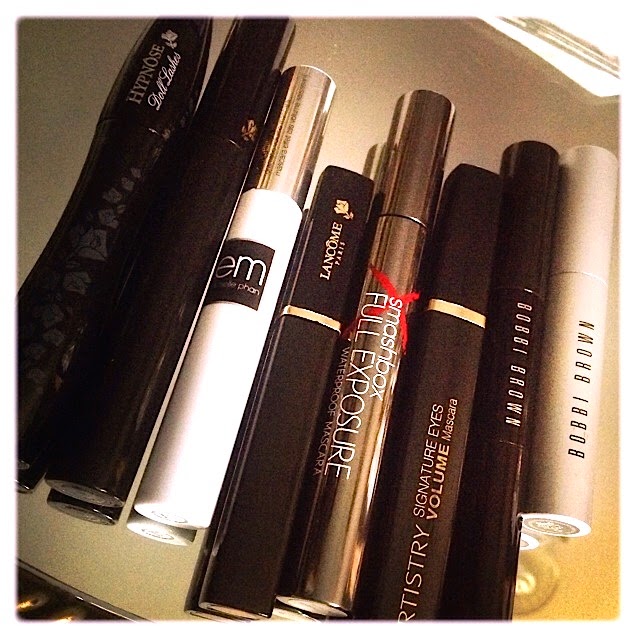 We all wear mascara. If you don’t, something is totally wrong. It is the ONE essential makeup product no girl should leave the house without. Gloss is debatable, but you have chap stick, so it doesn’t count. But mascara?! Oh, it does the trick of instantly highlighting our dull look, especially in the morning, and draw attention to our questionably most attractive facial feature.

Scientific research has shown that men are drawn first to women’s eyes. They say so much about our genuine personality and give certain people a deep look into our souls. Seriously. I’ve always been fascinated by our eyes, the way we use them, the way they interlock with the opposite sex, and the emotion they tell. Mascara is a great tool to bring all those things to the fore, not to mention beautify them even more!

Clearly, I’m fan. A big, big fan, and hence always on the hunt for the best lash enhancers.

I don’t wear falsies unless I’m on TV, and fortunately I have pretty long natural lashes w/out anything on them, so when I do wear any, it looks like I could possibly have some faux ones on. My sister calls them tarantulas. She just don’t know the good biz. I’m trying to convert her. Just to plain mascara. Not falsies.

During my beauty segment last week on ABC, I had some of these mascaras laid out to share with the viewers, but if you know how TV works, it moves too fast and I wasn’t able to get to everything I think you should know about! So here we are.

For summer, I’ve been testing out a bucket full of lash defining sticks that work for different looks and occasions. Some worked super well, others were mediocre, and others were so good, I had to fight to get it off after 3 washes — does that make it good, after all??

Here are my findings with a straight to the point review of each. I have eight for you. From left to right, except the 4th. That was accidentally thrown into the mix!

A really pretty and delicate look with only one application. It’s not too thick or too full, making it perfect for early evening, not so fancy events. It’s pretty black and super smooth. And from two applications, I didn’t notice any clumping. For $27.50 it’s good mascara you could use every day.

I was really excited about trying this one out. Anything with mechanics in it, promising to give me the best lashes ever, makes me ultra giddy. But, wah, wah. Did not live up to the hype at all of oscillation 7k times to mimic the movement of MUAs. The oscillation button does nothing other than make your wand vibrate a bit. I didn’t see a single bit of difference turning it or not. I did love though how the brush separated my eyelashes in a noticeble way. For that reason alone, it’d use it. Just don’t buy in to the oscillation bit. They have a power version which I’ve yet to try so maybe that ones does do something. If I try it, I’ll let you know!

This dramatic volume effect mascara is simply great. It does everything it purports to: doesn’t clump, which is so key. I never curl my lashes and it did gave me a bit of that effect which is nice and a different look for me. What would have been perfect is the curl AND some volume, and fullness. I’m good with curl and fullness.

I’ve quickly become a Smashbox snob, gravitating to all things for eyes from them. Their navy blue always sharp liner is my new favorite thing for day wear. But this mascara‘s brush shape gives you some serious length. My natural lashes don’t require much so this one gave me great drama, and again, no clump. One application was good, but two knocked it out the box. It’d only use it for serious drama for evening events. It’s too much for daywear. 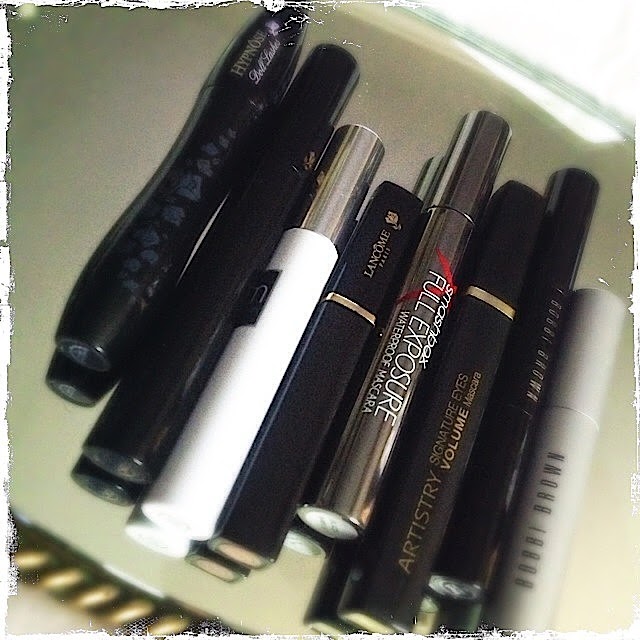 I think I’ve talked about this one before. By now, you should know I love AB’s eyeliner like I love my dog Paris — it’s super loyal, always there when I need it, and sticks around. Seriously. But the mascara can up it’s game a bit. I like the separation of lashes it creates, but I have to apply it several times — like 3 — to get a decent looking amount of volume. If you’re looking for light lashes, then this is it. But if you like drama, go for something else. I did like the roll effect it has, though. It’s an interesting technology I’ve not quite figured out, but when you wash it off, it rolls right off onto your fingers, eliminating smearing. Now that I can get used to all day! That alone makes it a winner. No one likes to go back and wipe mascara off several times after you’ve washed your face. Their site says it creates 600% more volume, which I don’t see, but I’m willing to give it a go again!

You need this in your life for when you can’t decide what look you want. The extreme lengthening side gave me some seriously separated lashes and decent length, while the everything side created a nice clean separation with a better amount of length. I’d definitely double and layer using both sides. That’s the only way to get volume with this stick. 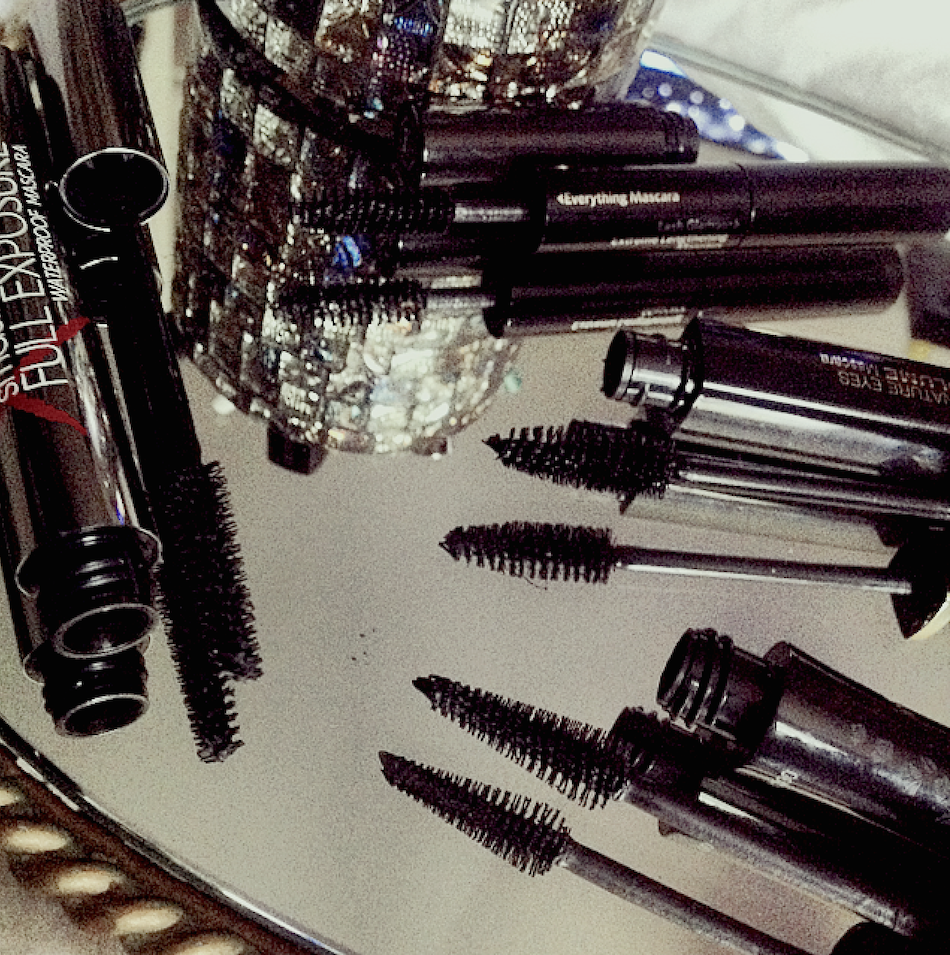 SIETE.
BOBBI BROWN SMOKEY EYE
This worked well for me  because I’m biased toward anything kohl. It’s the new thing. It’s richly pigmented,  so use sparingly. It’s also small enough to carry in your small makeup pouch so it’s good for everyday carrying around and evening application after your morning stroke has worn off. Ididn’t find it to do anything super spectacular but it coated my lashes really well. Like really well. Two apps and you’re good.
OCHO.
LAURA MERCIER FAUX LASH
Well I just simply fell in love with this this super thick, rounded brush mascara. It’s so creamy and comes off rather easy — not too messy. Singularly it was good. But when I played around with it and layered it over the Lancome Oscillation on one eye, I knew it was great. It layered so nicely even tho the first layer had already dried. You know sometimes layering a few minutes apart is impossible. But it worked! So I tried it wit the EM mascara and I loved the look it gave me. Good length, though not the best; great volume and depth, and no clumping. The picture below of my left eye only has two applications on my top lid with two different mascaras — EM and LM. 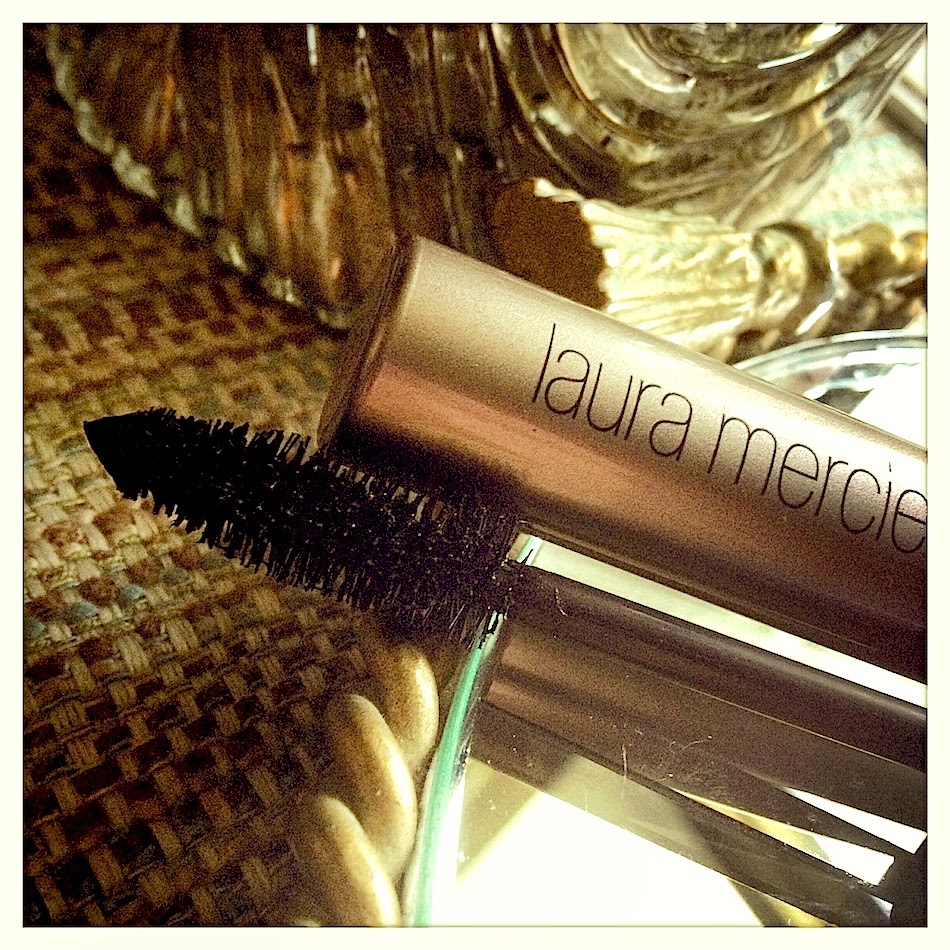 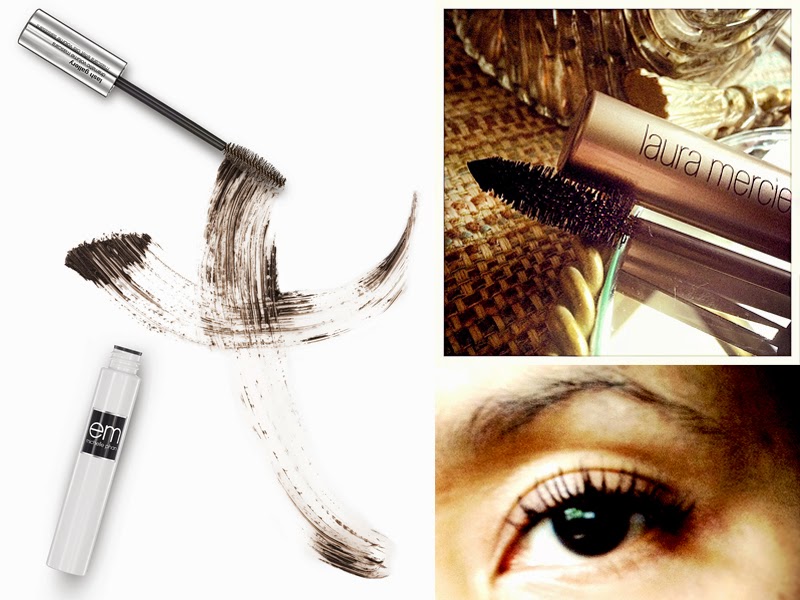 These are the fun, go-to summer mascaras I’ve loving on. If you read B So Chic! regularly, you know my absolute favorite for every day is L’Oreal’s Voluminous. I’ve been using that one for over 10 years and it just works really well for me. Aside from that one being mainstay wherever I go, I’ve featured Estée Lauder‘s sumptuous extreme waterproof multiplying mascara, which is borderline too good! See my IG picture from last week when I was having a bit of an issue with it!

And Clinique has some good stuff, too. I’ve not played too much with them so when I do, I’ll make sure to fill you in!

What’s your go-to mascara? Is there one I have to know about?! I’m always open to trying out some lash-lenghtening, volumizing, dramatizing product!

Was this review helpful? Let me know in your comments. Or Tweet it out and share with your girls!
Don’t miss my segment on ABC’s  ‘Positively Tampa Bay’ talking about summer fashion and beauty trends!