BOCA. A Mouthful of Tex-Mex Fusion 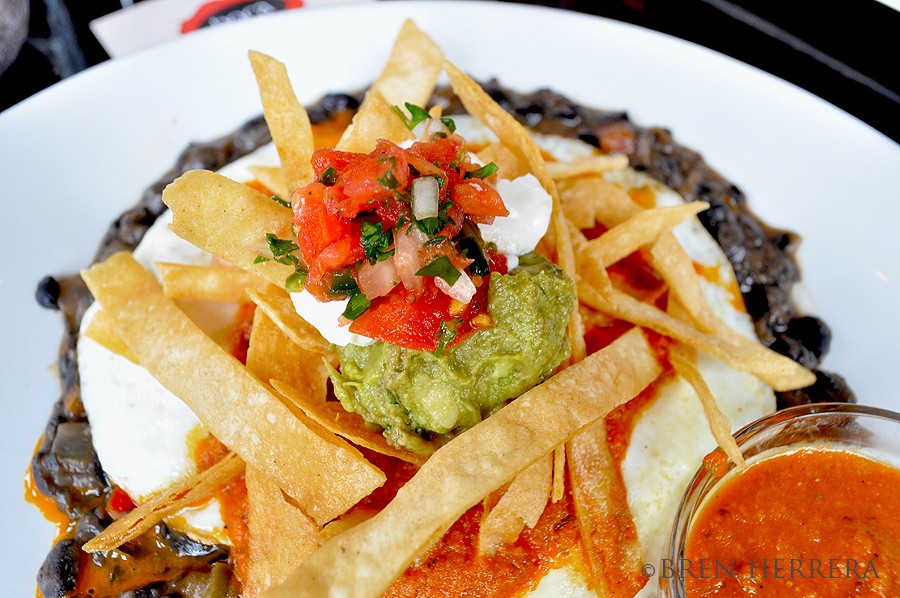 Eating out is all about the whole experience, not just the food; right? Fact is, though, that you usually choose an eatery by the kind of food you want to eat. So, in the interest of full disclosure, I have to say, upfront, that I am no particular fan of Mexican food.  Let me rephrase that: I am no particular fan of the American iteration of Mexican food generally called Tex-Mex … whatever that means. So, when Bren invited us to join her for lunch at a “Tex-Mex” restaurant she wanted to review, my first reaction was, well, uh, less than enthusiastic. Besides, after some 36-hours of almost non-stop savoring exquisite truffle-based delicacies and degusting a wide variety of delectable, domestic and imported wines, my palate was not exactly eager to deal with a burrito or a taco; I mean, please!

So, why do I mention truffles and wine? Let me explain. Bren had invited me and her mother to accompany her to National Truffle Fest, a great annual event that this year was held in Asheville, NC during the weekend of March 3-6, designed to promote awareness of and market the growing U.S. industry of the sought-after earthly delight.  But you’ll have to wait for Bren to bring you all the flavorful details in her vivid, sensory style.

Back to my adventures in Tex-Mex eating.

Enter BOCA, one of the latest additions to the restaurant scene in Asheville, a city that, according to some knowledgeable locals, boasts one of the highest eatery densities in the U.S., and you know what that means: competition is fierce, so, in order to survive –let alone thrive- you really have to deliver. 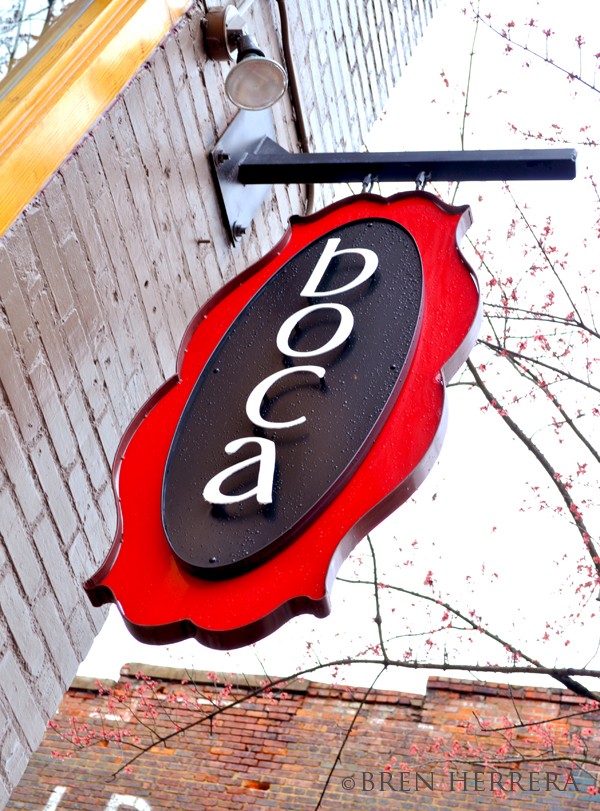 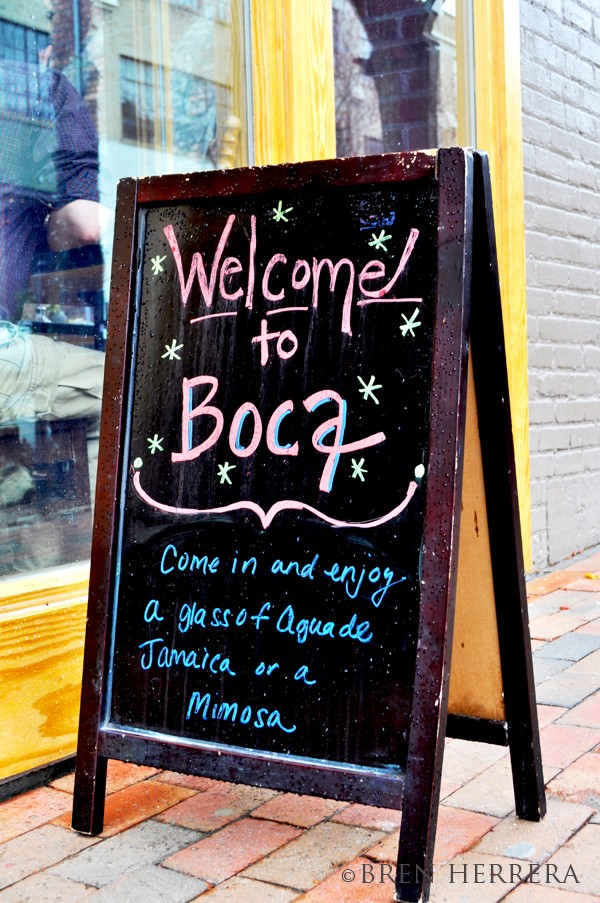 BOCA, which both in Spanish and Italian means “mouth”, is located on one of the main happening streets in downtown Asheville: N. Lexington Avenue, home to a myriad of eclectic stores, antiques dealers, old bookstores, cosmopolitan art galleries, fashionable boutiques and multiethnic restaurants. It opened just 4 months ago and is already bursting at the seams with a full house, even at lunch.

In the era of GPS and super smart phones, getting to BOCA is a breeze even to an out-of-towner.  Or just mention BOCA, on Lexington, to any local, and see southern hospitality kick in as they give you directions with a smile. Now, parking may be a different story, as patrons will have to find a curbside spot or walk a couple of blocks semi uphill from the public parking lot. Come to think of it, the stroll is not a bad idea as it will allow you to enjoy the surroundings and help boost your appetite.

The quasi, nondescript nature of the restaurant’s brick façade belies the warm atmosphere that greets you the moment you step in, even in the middle of the day.  From the mustardy color scheme of the walls, decorated with colorful reproductions of Mexican naïve paintings, to the hardwood floor and rustic dark oak tables and chairs, and the old-style ceiling fans, everything invites you to come in and relax while taking a bite, downing a drink and sharing in nonchalant, friendly chatter. 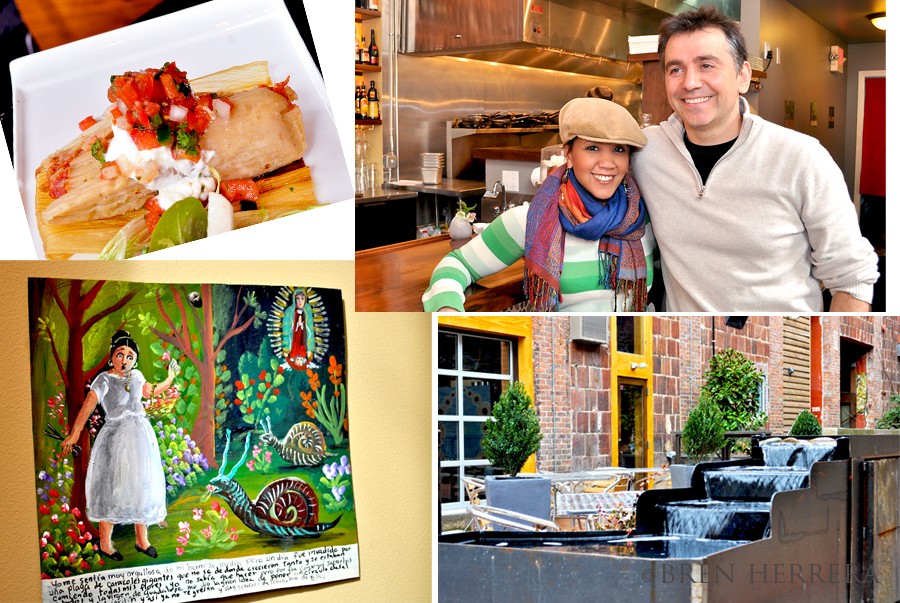 BOCA offers the standard selection of foods you would expect at a Mexican-themed restaurant: tacos, enchiladas, empanadas, tamales, but to call BOCA just a Tex-Mex eatery, or even Mexican-themed is both a disservice and misleading.  The lunch menu features a wide array of international fare worth of a United Nations gathering: from Italian omelet, to Moroccan burger, to fish tacos, to Cuban sandwich! (yes, a Cuban sandwich!!) At dinner time, to accentuate the international flair, you can indulge in Spanish huevos con chorizo, a sinful Argentinean rib eye steak with chimichurri sauce, or an intriguing Korean pozole … which I promised myself to try next time I’m in town. Add an extensive, thoughtful selection of domestic and imported wines on their wine list to accommodate most palates and you’ve got yourself an excellent combination.

Faced with such dizzying variety, your best bet is to ask for expert advice from the friendly servers, who you can spot constantly gliding from table to table and tending to the patrons’ minutest needs and desires, always with a smile and great disposition.

Now, since Bren had arranged this visit with one of the owners, we were treated with special attention by El Dueño himself, Markus “Tino” Procida, a mild-mannered yet very sociable Italian from Salerno, who despite his 12 years in Asheville, has not lost his southern Italian charm, accent or mannerisms. His concept was “simple ingredients just made better. I’m not inventing anything new here, just making a national food [Mexican], better.”

Lunch consisted of fish tacos, chicken and veggie tamales, and huevos rancheros, which we washed down with a glass of Rioja Tempranillo and an exotic, very refreshing blue ginger mojito, chugged down by Bren.  The portions were generous –and I made point to sneak a subtle peek at other patrons’ plates to make sure we were not being served any differently- and the plating elegantly inviting. 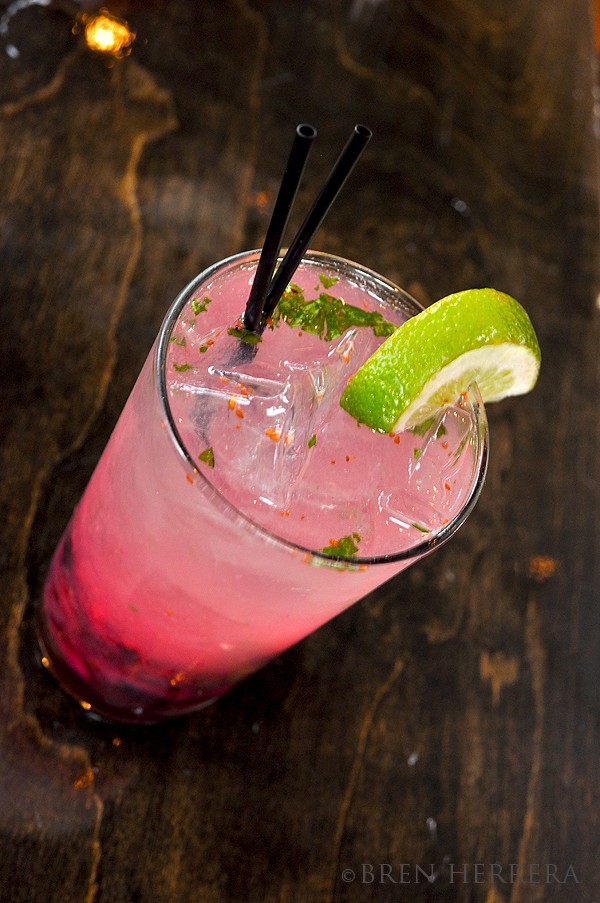 The fish tacos (deep fried mahi-mahi) were the best of the three tastings we enjoyed. Laced with a smoked chipotle sauce and topped with a mango jicama slaw, the combination of flavors and textures set this taco apart from your run of the mill nuevo Mexican joint. In fact, it left the three of us fighting for the last bite. The girls thoroughly enjoyed it, but I found the fish a little dry, as if somewhat overly cooked and being a lover of fresh fish, it could have benefitted from stronger, more distinct flavoring, maybe more spices although not necessarily hot.

The chicken tamale was reasonable although I prefer a harder texture for the corn dough. And, the veggie tamale was bland. I’d forgo the tamales next time, but if you’re a first time diner, go for it—it may set the standard for you.

Now to the meat of our meal. While I love Latin food, I’m not the biggest fan of Mexican fare. Ironically, as much as my family travels to all parts of that country, the food is still something I need to adapt my palate for. At BOCA however, my feelings changed on their huevos rancheros.  The eggs were perfectly cooked, with that hard to accomplish consistency –not runny, which I hate, nor too hard. The dish was on the fancier side with a guac topping and bland refried black beans as the bed.

(my wife and I, fully satisfied)

Dessert was in the way of outsourced 3-layer chocolate cake, which was good and a nice way to finish off a meal. But, far from the best choice if you consider the endless options a joint like BOCA could offer. While their kitchen is too small for pastry production, a more appropriate local baker offering complimentary desserts would be the way to go. A dulce de leche ice cream, maybe? 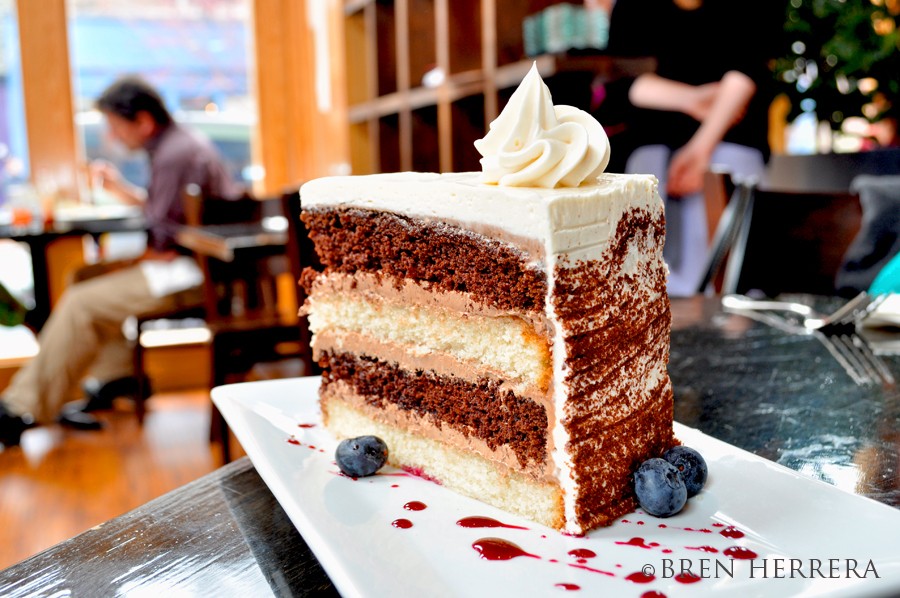 Overall, the savory dishes would benefit from more seasoning, including salt. Notwithstanding the established national campaign for less sodium in foods, some things just aren’t the same without a dash, sprinkle or even a pinch of the most basic ingredient.

Whenever I go out to eat, I mean, formally, I wonder what defines the overall style of the place, its approach to food. BOCA’s approach certainly reflects Tino’s international flair, the “new interpretations of classic cooking style” brought by Executive Chef Stewart Lyon, and the adventurous spirit of his lunch chef, Chuck Kegg, an energetic young man who doubles as white water rafting guide and instructor in the summer time. Tino, however, puts it better:  It is “simple stuff made better.”

I love good food; who doesn’t, right? But again, eating out is more than just the food.  While you may not get crazy about the tacos, tamales or huevos rancheros, BOCA’s menus offer much more of a varied selection and you will be pleasantly surprised by some of the items. However, what makes BOCA a winning option when in Asheville is the seamless combination of good food (not extraordinary, but good), generous portions, reasonable prices, cozy ambiance and excellent service.

By any measuring standard, BOCA is a small joint, I mean, not counting the outdoor sitting area, which accommodates about 10 tables strategically distributed throughout the red brick patio to the side of the building, flanked by an iron, aqueduct-like fountain where patrons may toss a coin and make a wish as they enjoy the soothing sound of the streaming water. 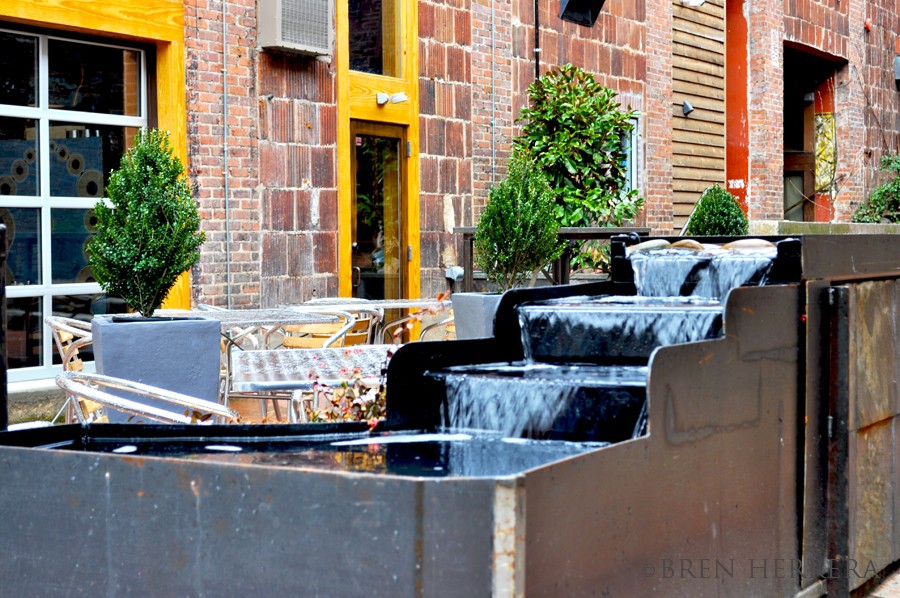 Throw your coins in there before you step in BOCA. Just might end up with a mouth full of mid-day delights and a new appreciation for modernized Tex-Mex!

10 thoughts on “BOCA. A Mouthful of Tex-Mex Fusion”