Bring on the Bubbly! 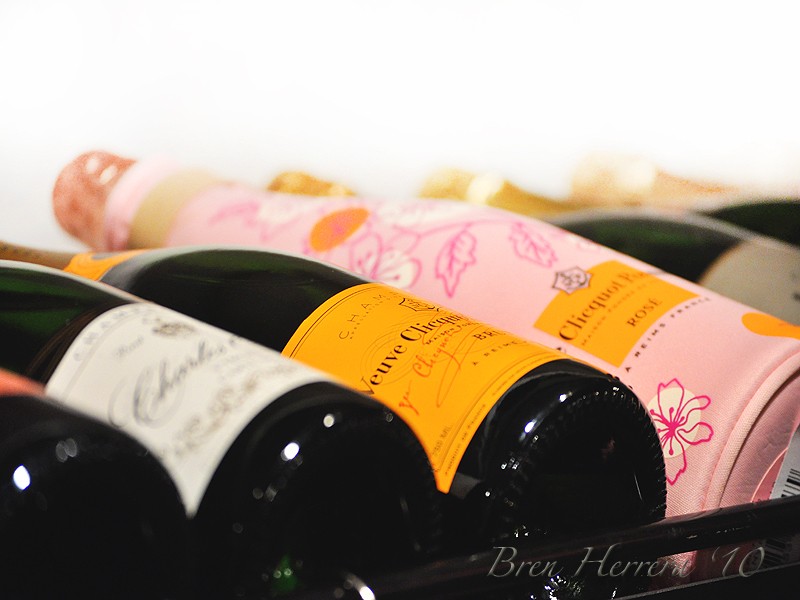 It’s that time of the year when the bubbly is popped and all is let loose. At least in all parts of the world I’ve been to.

New Year’s Eve marks a day when the entire world as we know it via extensive media coverage, celebrates endings, new beginnings and hopes of resolving for the better.  It’s a day of reflection usually shared with friends and family.  House parties, public venues, private enclaves have strategically planned to host an evening filled with festive décor, happy music and discriminating entrées and canapés. The most important element of the party is the champagne! At the strike of midnight, no matter where you are in the world, you are sure to see all hands rise with a lovely sparkly flute filled with streams of bubbles making their way to the top. The toasts and cheers create a musical chime to which everyone screams “Happy New Year!”

Drinking champagne became associated with celebrating major moments in pop culture, most notably with NASCAR races, over time. If you’re a fan, you know generous amounts of champagne are poured over the winner.  Personally, I don’t think it’s the best way to consume the finest wine, but hey, it’s an expensive sport, so why not?

But I digress.  The biggest party of the year is tomorrow and American society is probably in a wonderful state of frenzy in preparation for its special soirée.  Many will be serving champagne to bring in the New Year. But just as many are still trying to figure out which direction to go when selecting their bubbly.  While I’ve not personally spent a lot of time tasting various wines from the different Houses, I do default to a handful of reputable ones that have consistently put a smile on my face and left a fabulous tingly feeling.

If you’re on a budget, a bottle of Dom Perignon can run you about $40.  Of course there are vintage and reserve bottles from the house that can easily run you upwards $300.  If you’re hosting that kind of party, it’s definitely a viable option. Not to mention it’s one of the more well-known brands.  Then there’s the chic house of Madame Veuve-Clicquot. Hers is a timeless house known for its bright yellow labels and for initially being served to the haute bourgeoisie in France.  The house’s champagne was later refined and consequently recognized as an exclusive and lavish brand.  Veuve-Clicquot is now owned by the Louis Vuitton Moet Hennessey luxury group.  A bottle of Veuve-Clicquot can start at $29 for a half-bottle of Brut. Like Perignon, a good bottle, especially a delectable vintage can run you in the thousands.  Ultimately, with any bottle of champagne, pricing and prestige comes down to aging, process, appellation and a few other criteria. That’s another article if you’re interested.

So, for tomorrow night, if you’re celebrating, no matter how big or small, grab a bottle of champagne and toast in style. Your option doesn’t have to be the fanciest or the most expensive, just one that will satisfy your palate and make your toast a memorable one!

* This post was originally published in my weekly column for Dean & DeLuca’s Gourmet Food Blog.