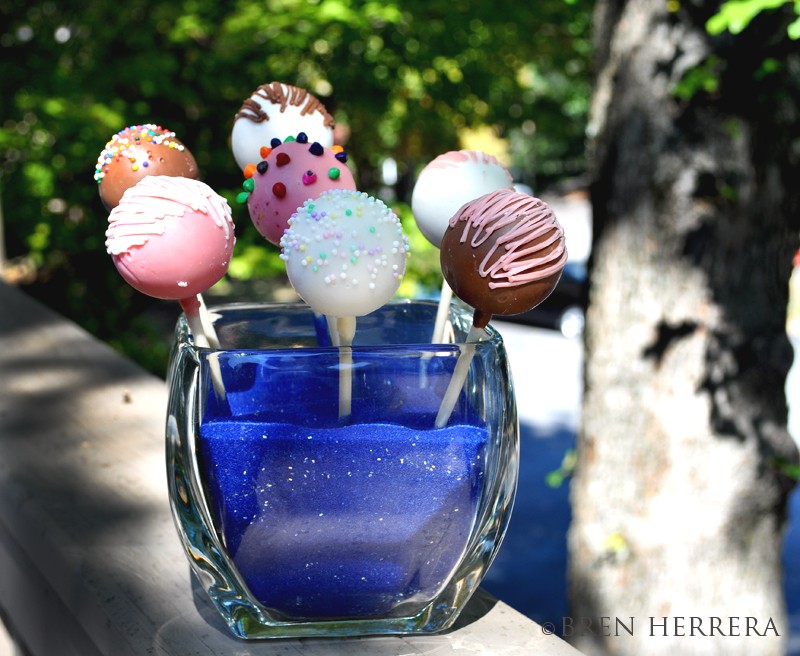 There are some things in life that deserve to be small. Only certain things. For instance, in a situation where you have to fly and need to pack as much as you can, you need that 3 oz bottle of perfume, because relinquishing a $100 bottle of Hermes perfume to security is kind of like an abmonition.

Another more important example of smaller being not only necessary but also absolutely perfect, is espresso. Sip out of al lovely demitasse such as this, and you’ll understand why you don’t need a tall glass of drip. It only makes sense to have this fine beverage in small portions. 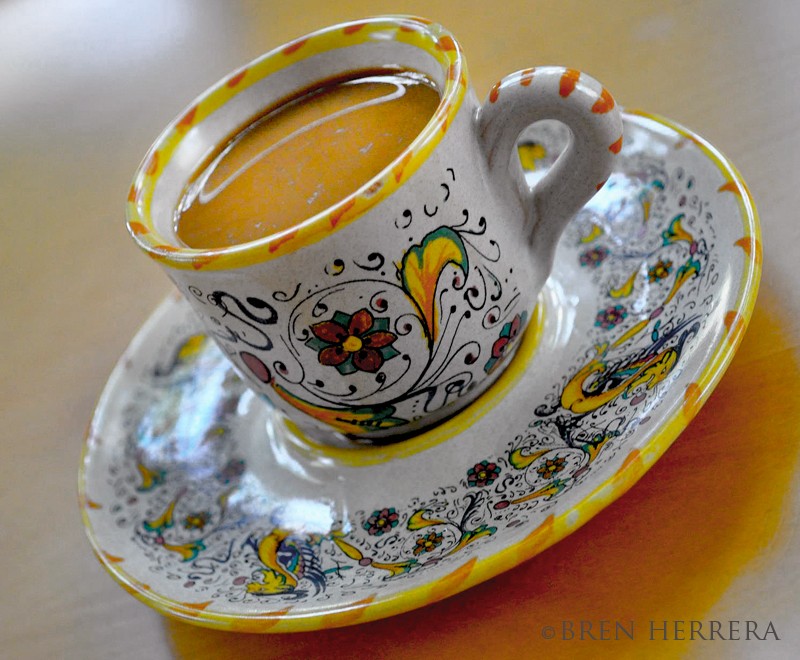 But then there are the devlish things you really want in the largest size possible, but you have to exercise self-control and discipline and go for the itty bitty. In my world, itty bitty isn’t really allowed with the exception of the aforementioned espresso. But that’s self-explanatory. The punch in that is enough.

While I was at home for mother’s day earlier this year, my SIL brought over red velvet cake pops made by her co-woker Maria, a full-time nurse. Understand this. I like cake. A full slice. I’m a complete and unapologetic glutton for pain when it comes to indulging in sweets. So, cake on a stick was so not appealing. Furthermore, I was kind of tired of the hype behind them. I had one of hers and really enjoyed it, much to my surprise. It actually left me wondering what else she could do. I’d justify following the trend by having a 1/4 of a dessert I’d normally have two slices of—-easily.

Truthfully, I’d forgotten about Maria and her cake pops until I was home 2 weeks ago. What triggered the red velvet bite was a shot of a coconut rum cake pop I had in St. Croix a few weeks after Mothers’ Day during the Food & Wine Experience. I was all in, trying to swipe one or two from nonchalant passerby that were too intoxicated to even take note. I was wildly unsuccessful in that move.

But, they were madly stuck in my head. I called Maria and asked to taste a few of her creations, especially lemon (since it was still summer) and she hooked me up! On my way to the airport (classically running 45 minutes late, having booked a 7pm flight at 5:15), I stopped at her office and she handed over a lovely box of 24 cake pops… Each were individually wrapped and tied with satin bows and colore-coded at the bottom of each stick with its respective flavor.

I stared at the box and got anxious. I already had 2 carry-ons and my laptop… how in the world was I going to carry a huge cake box filled with colorful edibles???

Give one away to every security attendant and frisker along the way??? Hell, if I did that I’d be empty-handed by the time I boarded. Fortunately, my mom had a compartmentalized wine bag in the car where we delicately transferred the pops into. Placed that bag in my uber large shoulder carry-on and I was good.

Now, the plan was to invite some close friends over and host an intimate tasting of lemon, chocolate and red velvet cake pops paired with Cuban espresso. NOT.SO.MUCH. I had 24 and 10 were gone within 2 days. Pure gluttony, I know.

To save myself from gaining weight in a matter of a week, I tucked them in the back of my fridge until I was ready to photograph them and write this post. It kind of worked until I realized I only had 7 left! They say 7 is a perfect number.

Totally guilt-free. No regrets that I ate 17 pops all on my own in a matter of 2 weeks. They were juicy, moist, and the pretty chocolate covered and fiesta appropriate decorated shells were perfect.  I was all in it. And, Maria had convinced me that devlish things in extraordinary proportions are so overrated.

At least in most cases.

Since I never invited friends over to enjoy the perfectly molded pops which can be customized down from the topping, color, flavor, size of stick, etc…, I decided I need to do her justice and find another another reason to have more!

I’m so giddy to share Maria is on board as in-kind sponsor at my the Flanboyant™ Fiesta I’ll be hosting in D.C. on the 20th for the Blogalicious conference where I’ll speaking. We spoke details and I’ve selected some seriously sexy combinations!

Beyond what I had, there will be plenty more to leave you a convert. A full slice is so passé! Wouldn’t you say!

All I need to do is convince her to make me an additional batch to exhibit (and maybe share at my b-day party in early November!

You can visit and contact Maria directly via her Facebook Page. I’m sure if you’re in VA, MD or D.C., she’ll get you exactly what you want. And then you’ll thank me for it later. Well, you’ll be thanking me for saving you the calorie intake! 😉 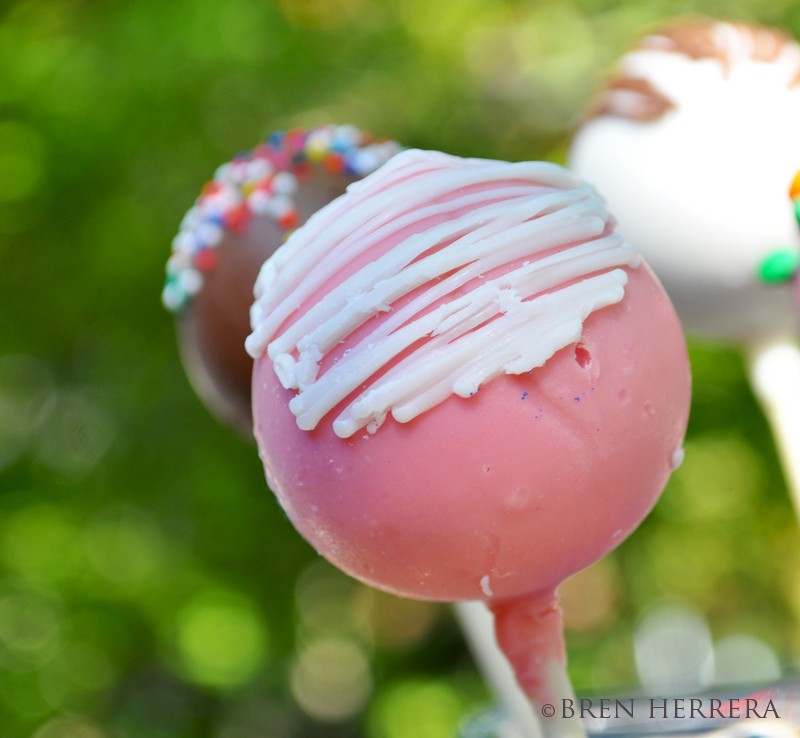