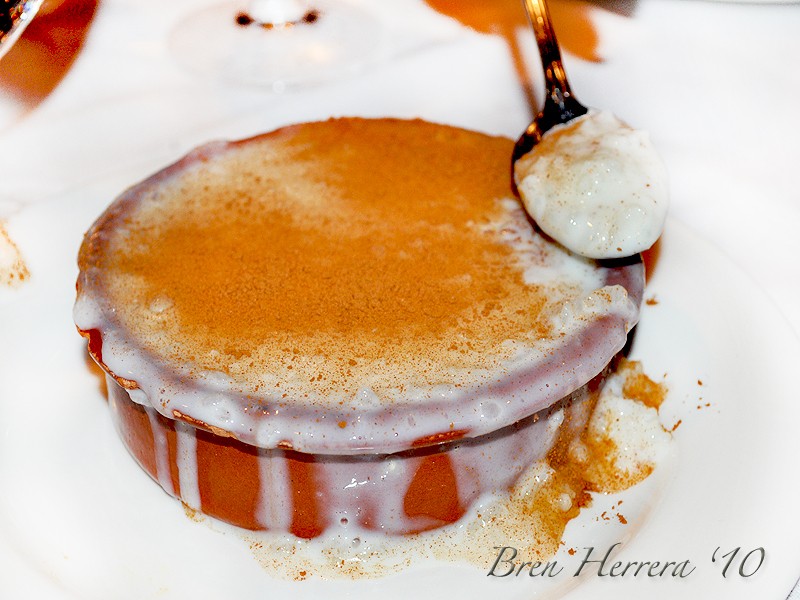 I was in Miami on Christmas day celebrating my paternal grandfather’s 90th birthday. While a bit sad about not being in DC for the actual day with the rest of my family, it was a tremendous blessing and irreplaceable sentiment to be able to travel South and toast to his 9th decade.

It was a beautiful thing, really. A host of friends, most of the family and lots of church supporters came out to share joy, appreciation and demonstrate their love by performing a contata of many of the songs he’s composed over the years.

After church service on Saturday, which was followed by a quaint reception, the old lad was exhausted from pure adrenaline and being overwhelmed from the days’ activities. Hell, even I was tired after prancing around all day in my 5″ stilettos. And they were open toe, so you know I was happy (just for the day, because a warm Christmas just isn’t right!).

My grandfather’s birthday is on the 25th, so most of the celebration, as least spiritual and thanksgiving themed, was on Saturday. So, on Sunday, my aunt, dad and uncle planned a really nice and intimate luncheon for him to enjoy. We ended up at what I understand to be a quentessential Spanish restaurant not too far from my grandparent’s home, in the heart of Little Havana.

I don’t like to question someone’s restaurant selection and in fact this was pretty nice, notwithstanding the superbly failed presentation and plating. Not to mention the abominable traditional Spanish and Latin desserts.

This act of culinary mishap is what brings me to talk today. 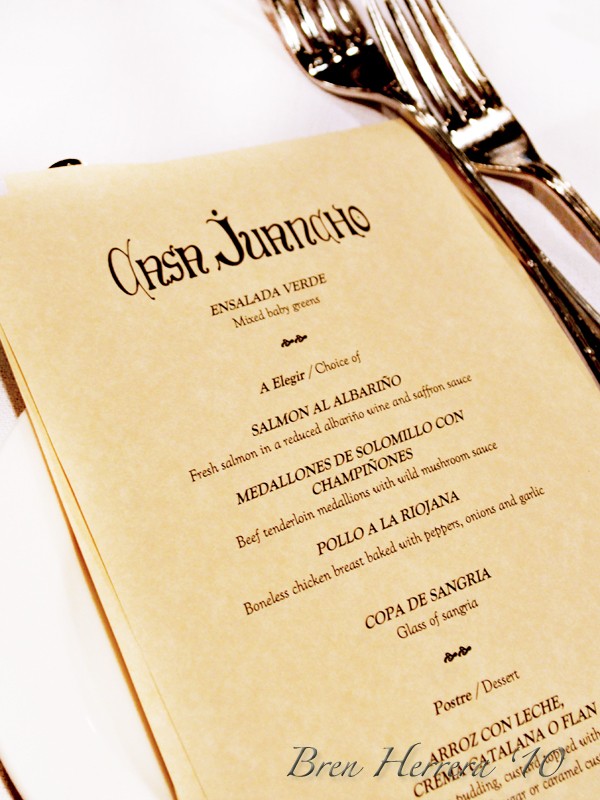 I will start with accolades deservingly given to Casa Juancho, a formidable host to our party of 20. The décor of the Mediterranean spot was in line with what you’d see in that region, while the servers were clad in cultural, yet typical wear and were very friendly. Our banquet-sized table was nicely dressed with pre-fixed menu’s and plenty of wine glasses lacing every place setting.

When I browsed the menu, my eyes went straight for the dessert. I realized I have a subconcious ability to see the word “flan” from any distance. It was one of the offerings among arroz con leche, one of my fave desserts and crema Catalana, a pudding of sorts with caramelized sugar, much like the way crème brûlée is torched.  I opted for the former to enjoy after the main entrée.

And the flan. Because I had to taste and compare.

While we all waited for our main course, we  enjoyed a simple green salad with a honey vinaigrette dressing and a mediocore and slightly watered down glass of sangria. You’d think a Spanish restaurant would exceed all measure to make a luscious and well-balanced fruity wine. But, they didn’t.  It was drinkable, but not the best.

Do you see the ice?

What we all thoroughly raved about was the garlic butter. So good, I was tempted to ask our server for a little box to take home. Not that I can’t make some myself, but I was in Miami and cooking was the last thing on my mind. Admittedly, I’m not the biggest fan of butter (I know, I know, I know!) but this *ish was great… a hint of chives made it pop. It was everything you want butter to be: smooth, creamy, tasty, flavorful  and fabulously hand-whipped.

I think Julia Child would be impressed. 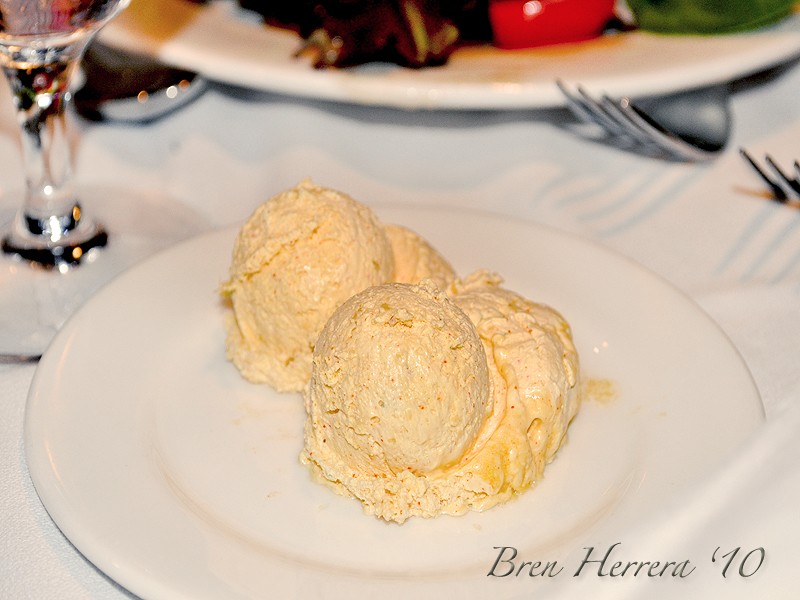 For my main dish, I had salmon with mushroom sauce. Another pretty good option. The filet was cooked to perfection and  was  generous in size. A spinach au gratin was served on the side along with the most unattractive and bland potatoes, ever. I took a picture of the plate, but it was so poorly and distastefully plated, it didn’t deserve to occupy real estate here.

I continued to devour Cuban bread lathered in garlic butter.

This is where it all went down-hill. 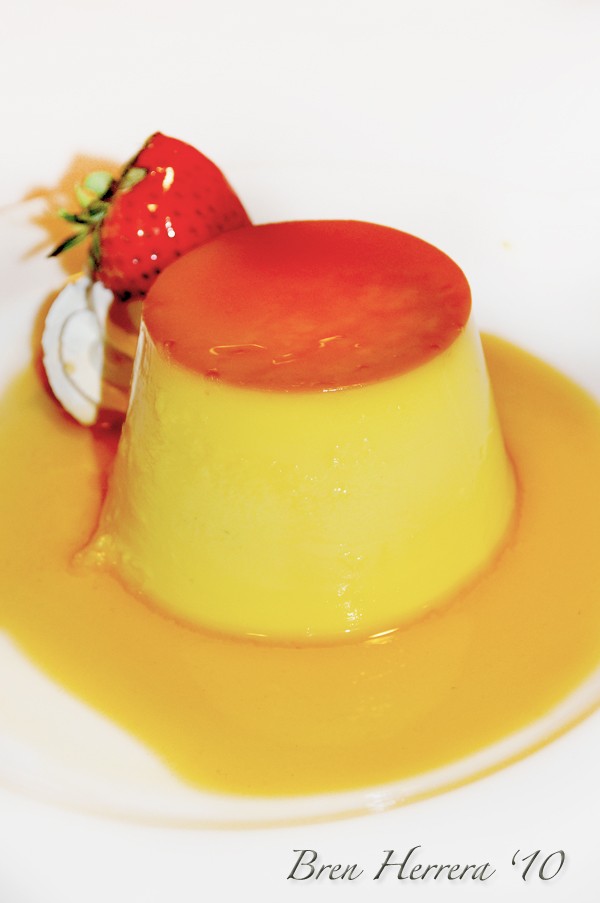 I’m convinced the flan came straight out of those Goya make at home boxes, which should never, ever be allowed or made! The color was a perfect canary yellow and had no imperfections. I know the one I made for Robuchon was perfect in texture both in and out, but it wasn’t yellow, rather cream and cognac as it should be!  Check it out here.

I moved on from the flan in hopes of gasping over rice pudding. How could something so fabulous go so wrong, my friends? The clay pot it was served in looked better than the dessert itself! For starters the rice was undercooked. The leche was thin to the point it was runny and lastly, was so messy the stuff was apparently just scooped and slapped into the dish–thus splattered all on the rim of the bottom dish. I had to send it back.  See the first picture of this post. And see my arroz con leche, here.

But, they found redemption in the crema Catalana. My mom makes the best pudding hands down, so it’s hardly fair to make a comparison, but considering everything else in the pastry department miserably failed, the creamy pudding was good. Though I was concerned the color was just as yellow as the flan, the texture and flavor was good. The caramelized sugar gave it a good bite. However, it wasn’t 100% perfect. The layer of sugar was so thick not even the torch was able to get to the bottom of it.

One teaspoon would have sufficed. 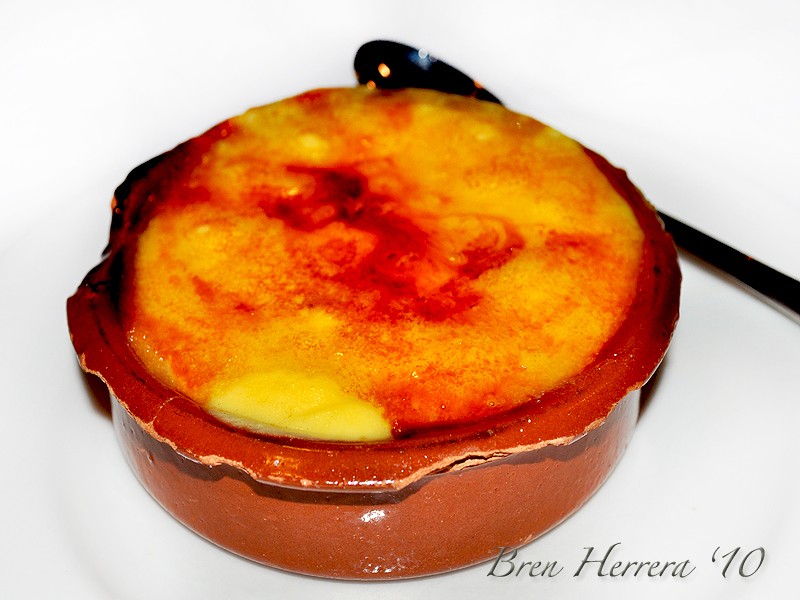 [I will say the Cuban espresso was probably the best thing I had. Is that a good thing? I mean, don’t we all make a good espresso at home? It was sweetened so delightfully that it almost erased the disappointment of dessert. I had it with the crema Catalana and was happy.] 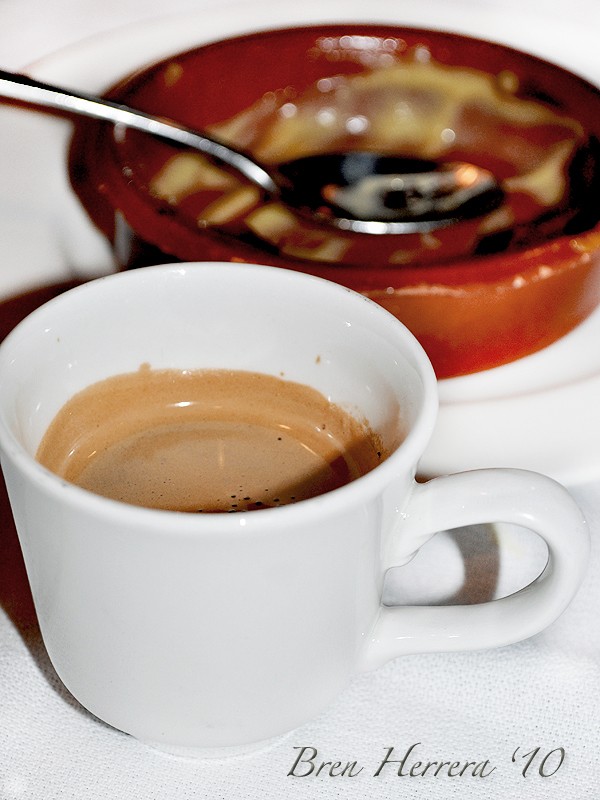 My issue with the whole place was with how everything was served. A hot mess, starting with the salad, which was spotty  and looked dirty in some areas. I overlooked that because I was hungry, yet still a totally unacceptable for a place donning a reputable history.

Moreover, the desserts placed in the open area near the entrance were neatly situated and exhibited some line cook passing a damp cloth around the rim to ensure they looked clean! All that did was add insult to our experience. 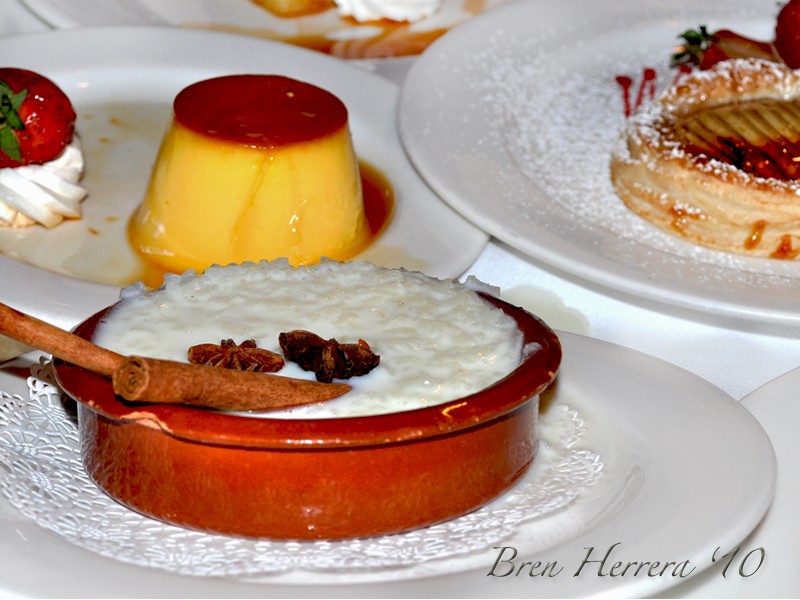 (desserts at station near entrance. nothing like what we were served!)

Ultimately, it was all about my grandfather having a great time and celebrating 90 beautiful years! I’ve learned a lot from that little Jamaican man. We laughed, kissed him, gifted him, took hundreds of pictures (because being Cuban means everything has to be duplicated!) and even joked about the food! 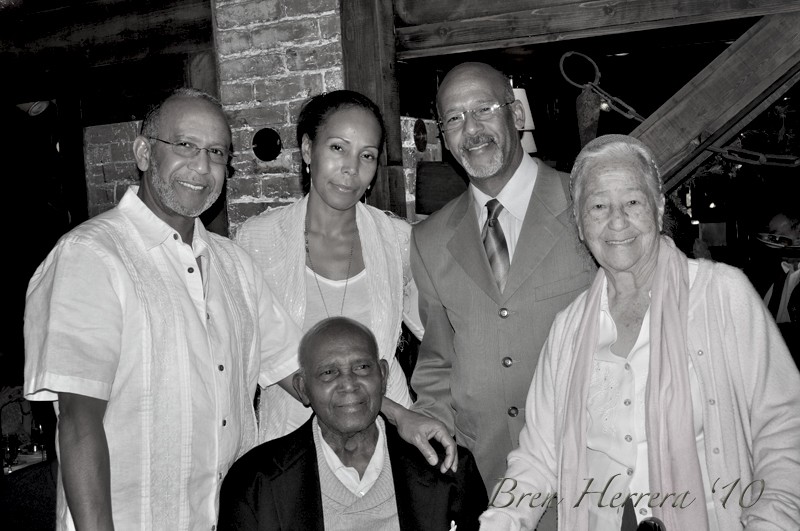 (L to R: my dad, my aunt, my uncle, my grandmother and granddad)

It was a lovely day with wonderful memories created. Food was just a secondary factor.

Christmas in D.C. is next!