Chanel or Not: The Iconic Suit Jackie Kennedy Wore 50 Years Ago Today 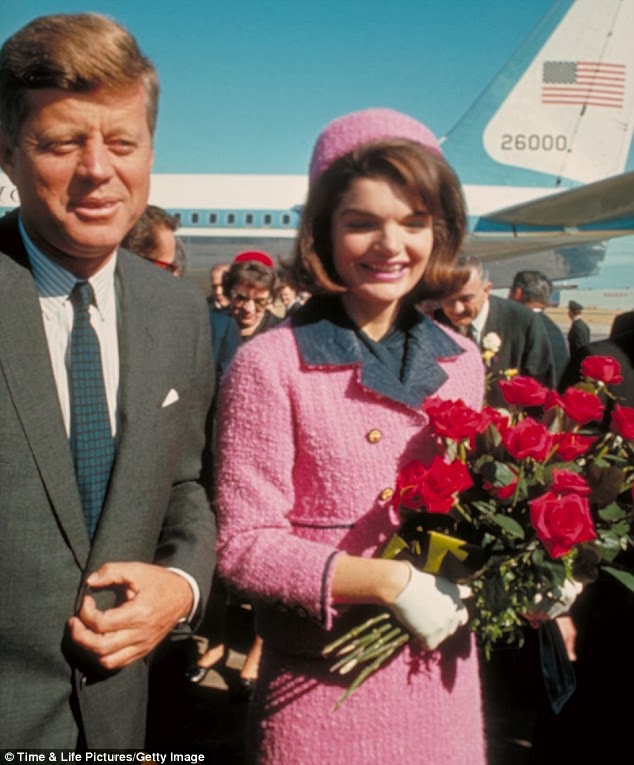 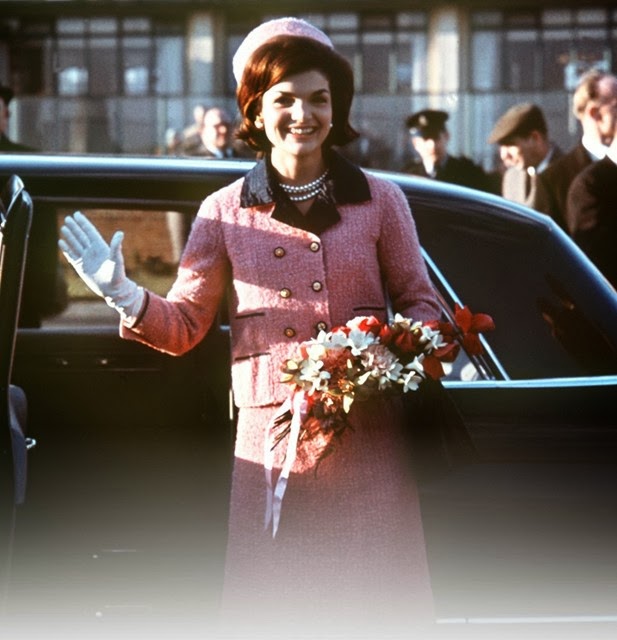 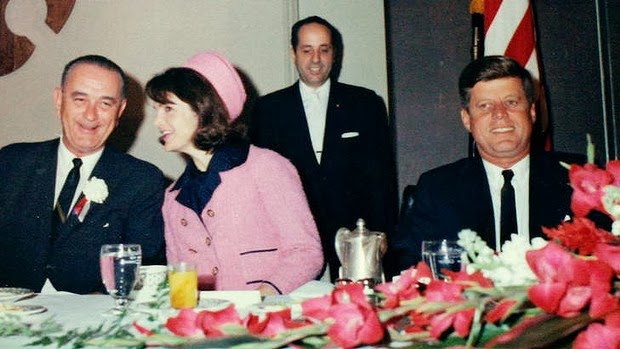 I couldn’t help but indulge my curiosity this week by watching everything surrounding the 50th anniversary of John F. Kenndy‘s assassination, 50 years ago today. From CNN’s flick to The History Channel‘s documentary, I’ve been glued to recounts and vintage footage of the eerie moments leading up to Oswald’s life-chaning shot.
There are so many enigmatic elements about Nov. 22, 1963, the Kennedy family, the Camelot era, and Jackie Kennedy herself. So many fascinating facts, pieces of memorabilia, sound bites, etc… that I wonder about. But most mysterious is the pink suit Mrs. Kennedy wore with such grace on the day she delicately waved her hand to hundreds of thousands of fans in Dallas, as the car strolled along the route.
Fashion history would suggest the pink bouclé wool suit was by Chanel. And we’d all love to believe that. I mean, it’s so Jackie O. So classy. So chic. So fabulous. So timeless. It’s the one suit that’s popularized the word “Chanel-esque” and trends like the bracelet cuffs on blazers.
But in the frenzy I’ve been in, I also did some back-end research and learned some fantastic anecdotes about the famed, blooded-soaked suit. Not only did Mrs. Kennedy carry on and keep the suit on during Lyndon B. Johnson‘s swearing in just hours after her husband was shot so that “they can see what they did to him,” but she had previously worn that suit at least 6 other times. For a multimillionaire 1st Lady of her class and stature to mindlessly wear the same suit in front of the world to see, is pretty “gangster” as Michaela Angela Davis, CNN contributor noted on Anderson Cooper earlier this week. Repeating such a visibly iconic suit with such nonchalance only speaks to the obvious power, though subtle and so coyfully displayed, and demure confidence innate to her spirit.
The most important fact about this suit is the one that’ll change the way fashion looks at fashion. Until this week, I (and millions other) was convinced the suit was an authentic Chanel ensemble. The pink suit is not. It was a “knock-off, made in America” per Mrs. Kennedy herself.  Historian Nicole Kelby writes in her upcoming novel  The Pink Suit, confirms it’s a replica made in 1961 by Chez Ninon, a NY Couture House.
I was equally fascinated that she wore it twice in the week she was forced into assuming over-seerer of JFK’s diplomatic responsibilities during the Cuban Missile Crises;  more because I extensively studied those dog days in college.
¡¿Que, que?! I think my own style stock went up when I heard that. I don’t do knock-offs, and surely would never pretend to have something I can’t afford, but if Jackie Kennedy, fashion icons of fashion icons, rocked a fake suit under the guise of caviar taste, surely, there’s room for Steve Madden making his version of Charlotte Olympia‘s or Louboutin‘s. But then again, there aren’t any other Jackie Kennedy’s. I’m not certain even Michelle Obama  would be pardoned if she wore a knock-off J. Crew pencil skirt and sweater.
What’s most interesting about the suit is that it’s never been seen since that horrible day  in 1963. After her death, Mrs. Kennedy’s mother donated the suit to The People of the United States, for 100 years, or 2113, with the condition that it never be pedestaled. And even after 100 years, the Kennedy family must approve. Her reason for keeping a piece of history so isolated: so that it wouldn’t turn into a public spectacle.
The suit is currently archived in a windowless vault, with air valves which changes the temperate every 20 minutes or so in order to protect and preserve the wool. The chamber temperature hovers around 63-64F, a safe environment for that kind of material.
No one knows what happened to the matching pillbox hat.
Who are those two people? Will we ever see the suit in exhibit? Is the blood still on the suit?
Who knows! And that point alone makes Jackie Kennedy an even more respected and beloved American sweetheart. Her mother seemingly raised her properly. She handled a international tragedy, instantly, with grace and dignity.
And what it means for Chanel suits. I’m not sure about that either or than I’m know fixated on discerning the authenticity of any pink, bouclé jackets. I know a few people that have one.