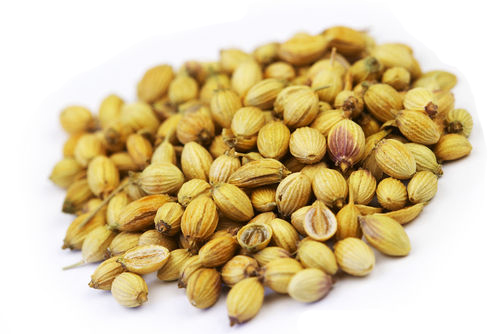 Coriander seed is something I recently came across, not in name but in use. I was pleasantly surprised when I used it in the red snapper escoviche I prepared for Easter. Though it’s originally from Asia and parts of Africa, it has become widely popular in all of Latin America. Coriander seeds are used as a spice, while its leaves, known as cilantro (love, love!) are used as herbs. As a spice, coriander is best used when its aroma is opened up by using a mortar & pestle. Because of its citrusy aroma, it goes well with fishes, and other meat, poultry foods. Use the herbs in your soups and stews. Enjoy!