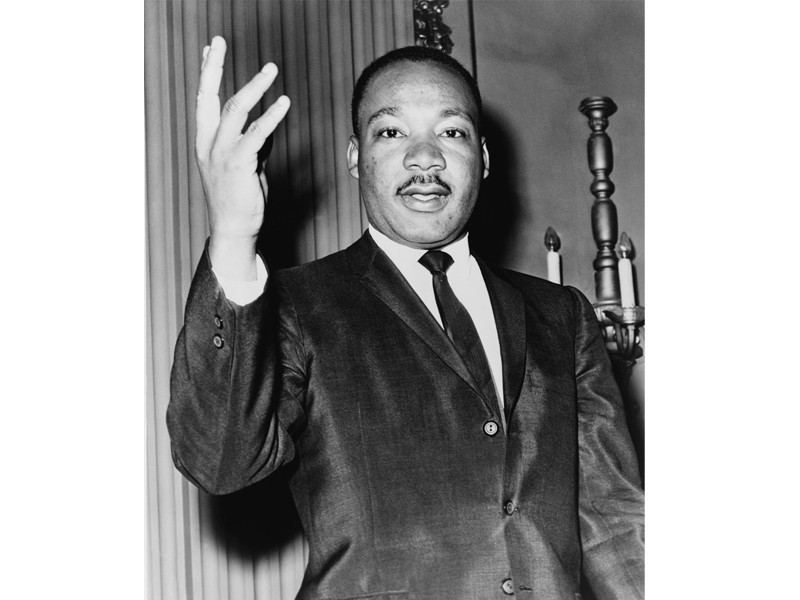 Atlanta was insanely busy yesterday with out-of-state visitors and will be today as the nation celebrates the effort of a young visionary that fought for racial and social equality and justice. It was a perfect day to see loads of tour buses and news outlets swarm the eclectic Edgewood neighborhood.

Martin Luther King, Jr., born Michael King (later changed to Martin Luther by his father) spent his entire life in the public eye speaking out against segregation, fighting to end poverty and encouraging all Americans to live in peace. In memory of his life and many accomplishments, President Ronald Reagan officially proclaimed the third Monday of January a Federal holiday in 1986.

And what better to way to recognize him than to eat some fabulous food akin to his environment?! King was born and raised in Atlanta, known as the epicenter of the South and crux of soul food. Here, you are guaranteed to taste true and authentic fare representative of the culture, tradition and lifestyle of this region. Of the dishes I’ve come to know to be quintessential Southern, black-eyed peas, fried catfish, fried green tomatoes and corn muffins stand out. I’ve personally devoured enough that it has left my family wondering what happened to my DC style.  They are delicious to the palate, satisfying to the belly and warm to the heart.

Of all the wonderful staple Southern dishes, I pause to wonder what King might have preferred to eat during his meetings, travels, and family dinners. If I had to put together a menu for him and his family, I’d make it a four-course meal. It would be reminiscent of the times, his busy schedule and a refined palate–fit for a King.

Panko-crusted catfish served on top of a bed of kidney beans and rice drizzled with a fish and wine jus, paired with spicy buttermilk cornbread.

What would you have served up Dr. King? Or, what do you think would have been a typical dinner for him and his family, considering the time and geography? Share! And be of service today. It’s the MLK way.

*This originally published on January 17, 2011 on the column I used to write for Dean & DeLuca’s Gourmet Blog!

60 thoughts on “Eating Like a Freedom Fighter: A Martin Luther King, Jr.-Inspired Meal”