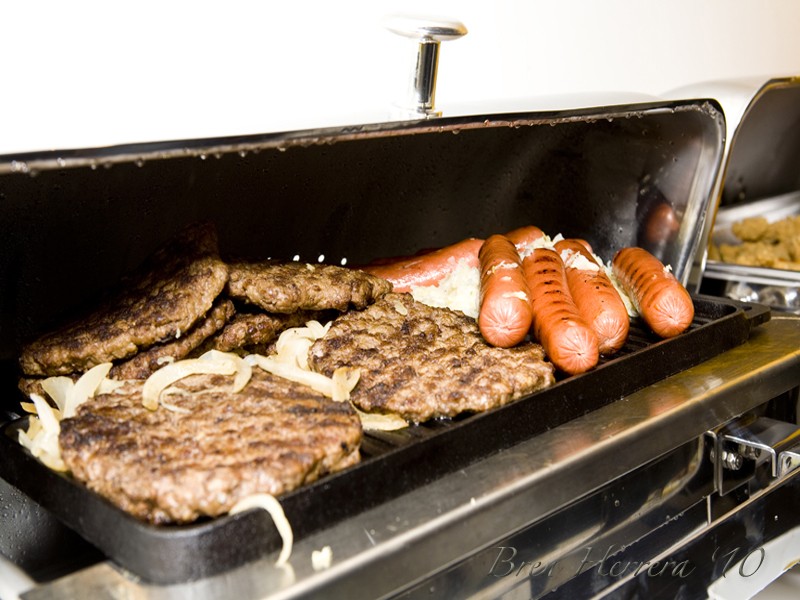 (all pictures taken by & courtesy of Shane Durrance | www.shanedurrance.com)

I seldom deviate from food here on Flanboyant Eats. When I do, there is some connection to food, recipes, cuisine or maybe a chef. I had to say that before you started wandering off and questioning why the sports talk.

Last month my lawyer and I went to see the Atlanta Beat, a new Women’s Professional Soccer team. The new team makes its home at Kennesaw State University, not too far from my home office. I’m not particularly interested in soccer as a pro game, but I’m down for supporting women in enterprises that dispel the notion of our stereotyped inferiority.

It was hot, humid and pouring outside, but the new stadium drew a nice crowd for these power leg women.

Fortunately, we were guests of the team and were seated in a private indoor suite. Packed house. Mostly people in the entertainment business, as my lawyer reps us industry types. While I went around and met Judge Hatchett, Ne-yo’s moms, T-Payne’s mom and a world re-knowend opera singer, I couldn’t help but side eye the food that was set up on the perimeter of the room. I was trying not to be rude, but it was dinner time and I had specifically not eaten in anticipation of eating good food. Stadium suite food is generally pretty good and definitely wins over the concession options! 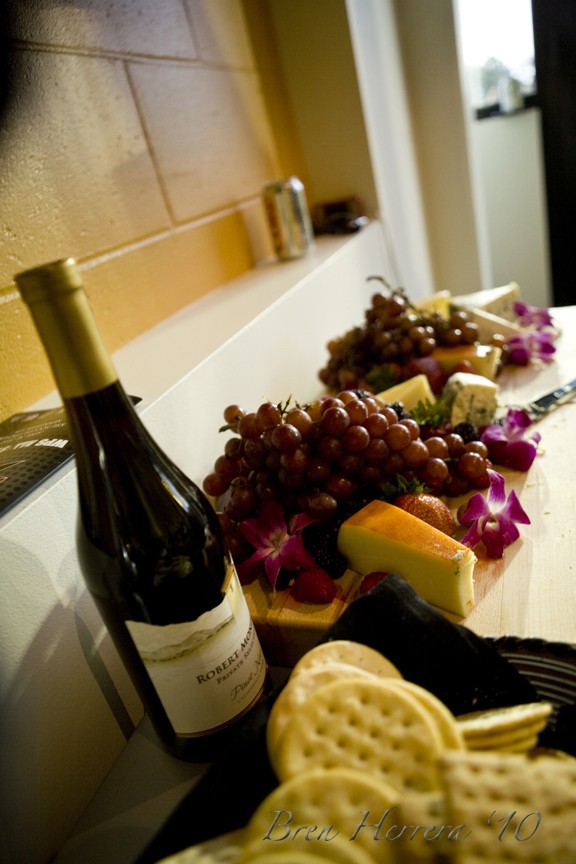 (I remember dating a very wealthy man in my very early 20s lent itself to many nights watching the Wizards or the Redskins in lavish suites eating gourmet meals, replete with lamb chops, endless champagne, truffle fries and whatever else your palate might fancy—ooh, those were my days of being 15 lbs. bigger!)

But, before I ate, my lawyer (who also likes to play manager) thought it would only be appropriate to meet the co-owner of the institutional catering company that provides the food for the entire stadium, concession stands and all. Guy Thompson is a Southern man for sure and represents Proof of the Pudding with the utmost excitement.  He quickly hugged me and offered to make me a plate. While the burgers and potato salad looked appetizing, I hinted to knowing there were many more  options in the other suites. 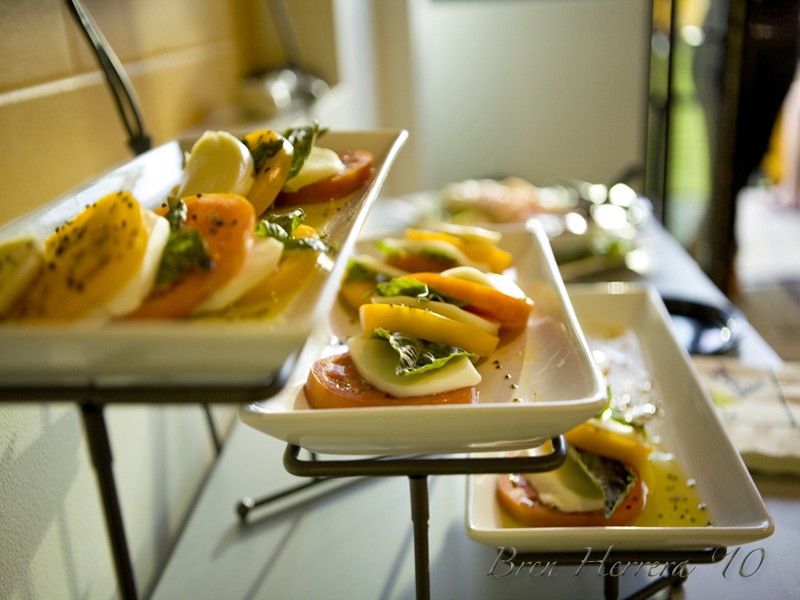 I turned back to the game. Through the glass, though! I applauded how those women seriously defended their goal in torrential rain. Some people are just cut out for that type activity. While it was entertaining, I was just as interested in eating.

Within minutes, Guy came back with a plate full of a variety of chicken wings, fresh guacamole and fresh fruit. I’m not shy so I dug into the potato salad from our suite.

And half of a burger. 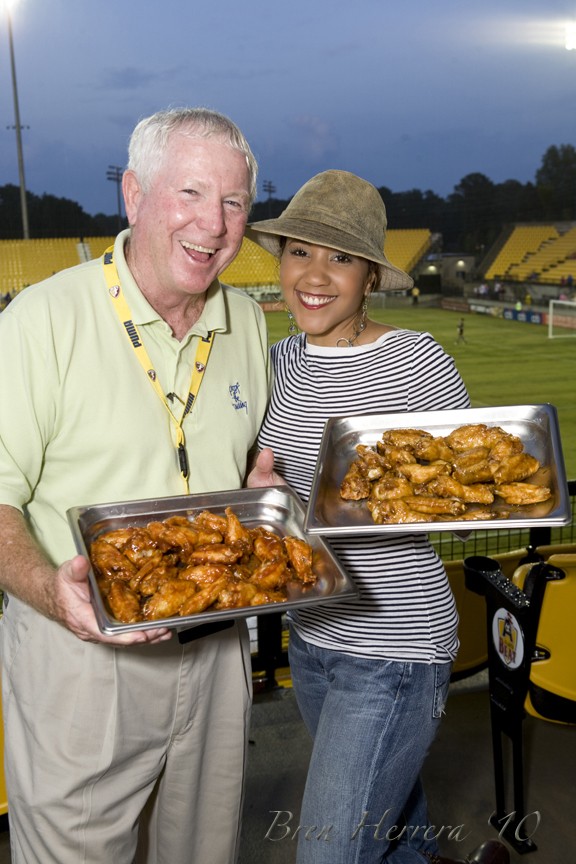 After I ate and watched the Beat score a huge win over the opposing team, Guy and I sat in an empty suite, yellow bleachers as our misty background and talked food. Large quantities of food. As the premier catering company in Atlanta, Proof of the Pudding, a 20-year old full service food company, holds the feeding rights to many venues and boasts having recently received a foodie award for their presentation for President Carter at the Carter Center. 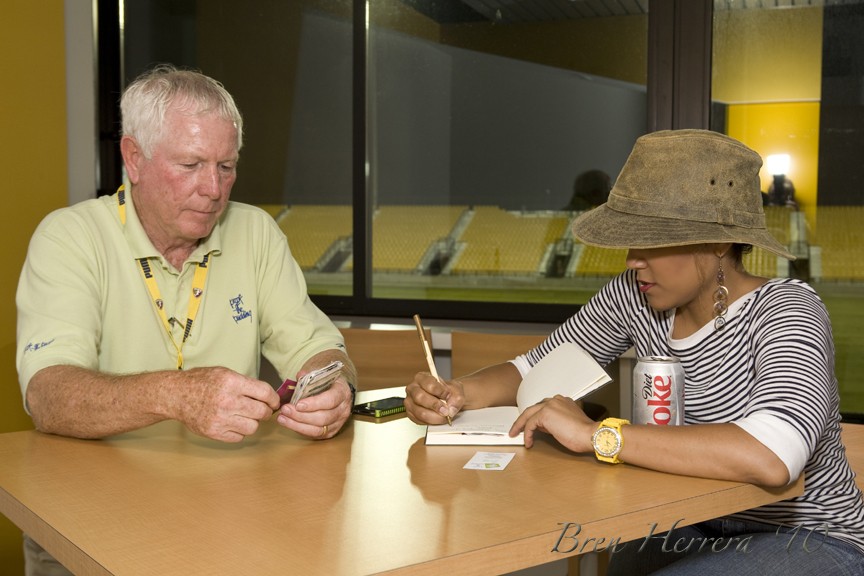 Cooking for a former President is a dream gig. A fantastic honor to have in the portfolio, no doubt. But, I was really interested in their successful food service during the 1996 Olympics (which were in Atlanta).  Proof provided food for 500,000 visitors and athletes during the 19 day world games. Right!

How do they do it:

Guy: We have over 40 locations, each one having its own executive chef. They don’t necessarily work together, but for a massive event like the Olympics, we pull chefs and cooks from all of the locations. For the Games, we formed smaller groups to handle the different types of food and different areas of the park. It was pretty intense but a great contract to land.

B: Is that the biggest job Proof has done?

Guy: Yes! But we also do small events. It can be as small as  4 people. We’re here to serve any need and any occasion.

B: How do you rate your executive chef?

Guy: Vaughn Neilson is exceptional. I’d put him up against any of these big names like Emeril, Batalli and Wolfgang Puck. He’s just good.

B: Don’t you work closely with Wolfgang?

Guy: (laughing) Yes, we do. We partnered up on a project with the aquarium. We had differing opinions on what we needed to do, but we came to an agreement.

B: I ate really good seasonal fruit tonight, along with super creamy potato salad which I’m not a big fan of. How did you secure this contract with Kennesaw State? It’s pretty nice to have all these suites with different food.

Guy: We’ve always wanted to get into the sport genre of clients so when Fitz, the owner of the Beat came to me, it was a no brainer. We do all the food for the different suites and the concession stand as you saw. The food in each private suit is determined by the group in it. Some have gourmet offerings. Others are your standard game fare, but we always try our best to offer out of the box food and exceptional service.

I was a complete glutton that night. Being stuck in the suite due to the rain prohibited me from stepping outside. At least I got to do a lot of tasting of this, that and the other!

I later met with one of 40 location executive chefs who’s extended himself to me and any need I have in true Proof of the Pudding style–southern hospitality, generous and open-minded.

I had a sundried tomato turkey sandwich that time. 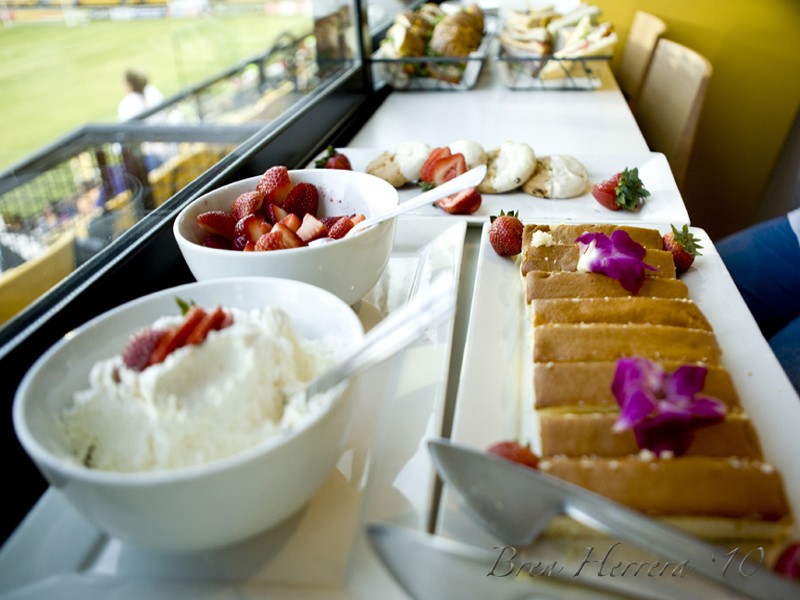 Mosey on over to my personal lifestyle blog for a chance to win a ticket to this Saturday’s Atlanta Beat game! Be my guest in a private suite while we see the women kick goals and eat some Proof of the Pudding delectables!

If you’re in Atlanta, leave a comment here and on my other blog (follow me there for an extra entry) telling me what your favorite game food is! I’ll choose a winner through a random generator on Friday August 26th and will email you to get your full name. GO!