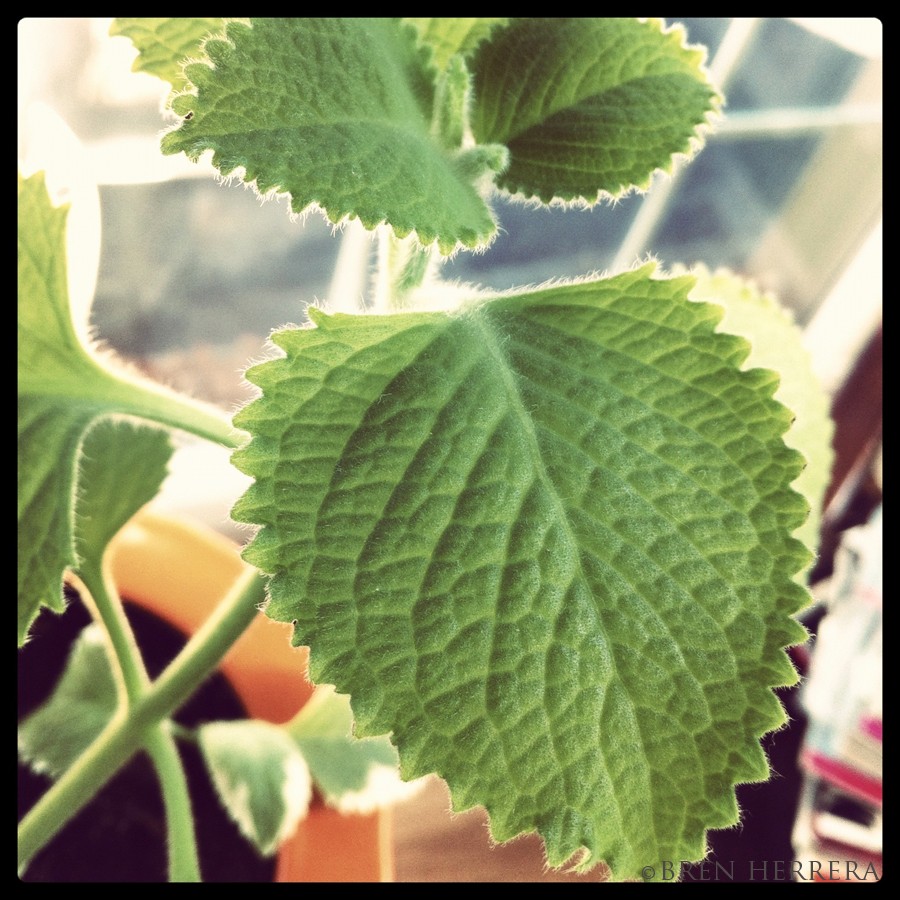 (May, 2020 update: After propagating this lovely plant for over a decade, I FINALLY learned a lot about it. In fact, it is not oregano as we know in the culinary world. It’s actually in the mint family — which explains so much — and is actually called,  get this… CUBAN OREGANO. I told my dad and he was like ‘nahhh’ and I’m like ‘yeaaaah!’. Read on to know why this is key.)

It’s #FLANFRIDAY but there won’t be a flan picture or recipe today.  Not because I didn’t want to or didn’t have time to. Rather, because my brain has been so racked up with holiday and Christmas planning that I’ve not had time to generously spend time coming up with something fabulous for the temporada.

I did make an eggnog flan for a faithful customer earlier in the week, whose response to her liking via text message totally tickled me Wednesday morning:

“OMG, B,  the flan was out of control!! Are you around for the holidays? I want to order more for Christmas.”

Well, yeah, of course. I’ll stay in Atlanta a bit longer to satisfy a quenching desire to bite into another custard of mine.

That still doesn’t explain not having a new flan for today, but it has been on my mind. I’ve been perusing my kitchen, looking at everything stashed up in my overflowing cupboards and pantry, imagining what my next design will be.

I get caught up in the proper placement of things and always refer to that source for inspiration. I stepped outside that pattern this morning and I gave flan 5 more minutes of my time. I went into my office and made contact with my new oregano plant.

It was sitting there, as perfect as it could be, trying to grow.

I talked about this particular oregano, called bruja or witch, sometime last year and even offered to give some away but no one played, so the plant has been steadily growing at Mami’s house ever since Papi brought a single stem from the National Botanical Garden. And now, I have a double stem newly planted by Papi while I was at home for Thanksgiving… just for me to nurture and watch grow in my office. 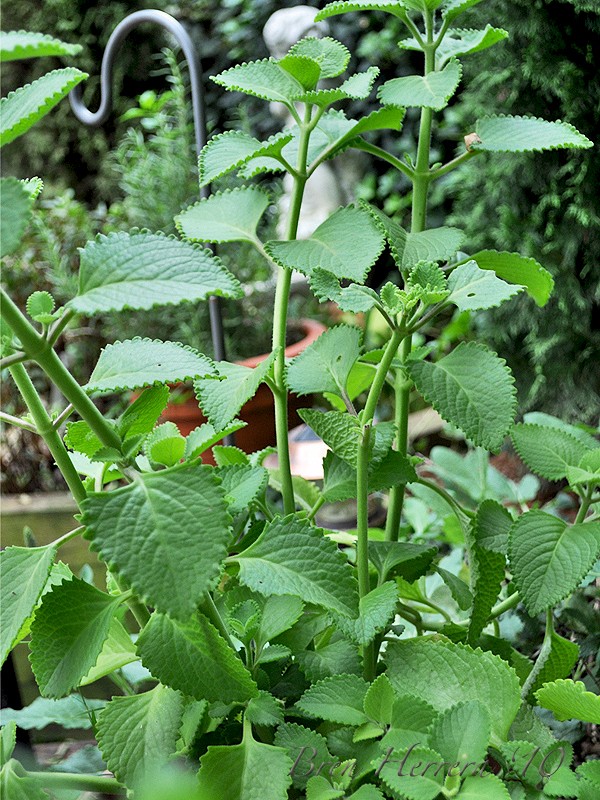 I’ve only had it 10 days so it’s not full or tall. But, it does emit an impressive aroma that perfumes my office space. It has super thick leaves, is really fuzzy and more potent than the Mexican or “American” oregano you find in markets. The leaves are huge. And, I’m anxious for it to grow as fluffy and robust as the 3 huge pots my parents have.

{READ THIS: GROWING AN HERB GARDEN}

I’ve used it in a pressure cooked pot of beans to much satisfaction, so I’m wondering… hmmm, how would this fabulous leaf do in a custard?

Honestly, I don’t know. I’ve used mint, rosemary and basil. But never oregano. In fact, it’s never even occurred to me. As much as we use it in our cuisine, there’s not reason for it not to have a place in desserts, too.  I suspect that playing around with it, perhaps dried and candied or roasted and jellied, could yield a phenomenal taste.

In hopes of it being all that I think it could be, I’ll reserve posting about this oregano flan for when it’s perfected. In the meantime, what do you think?

Could it work? What would you do to it to make it fuse well with an egg custard?

Do tell and until next Friday, stay sexy, B! inspired and cook it up!

No, flan per se, but Happy #FLANFRIDAY!