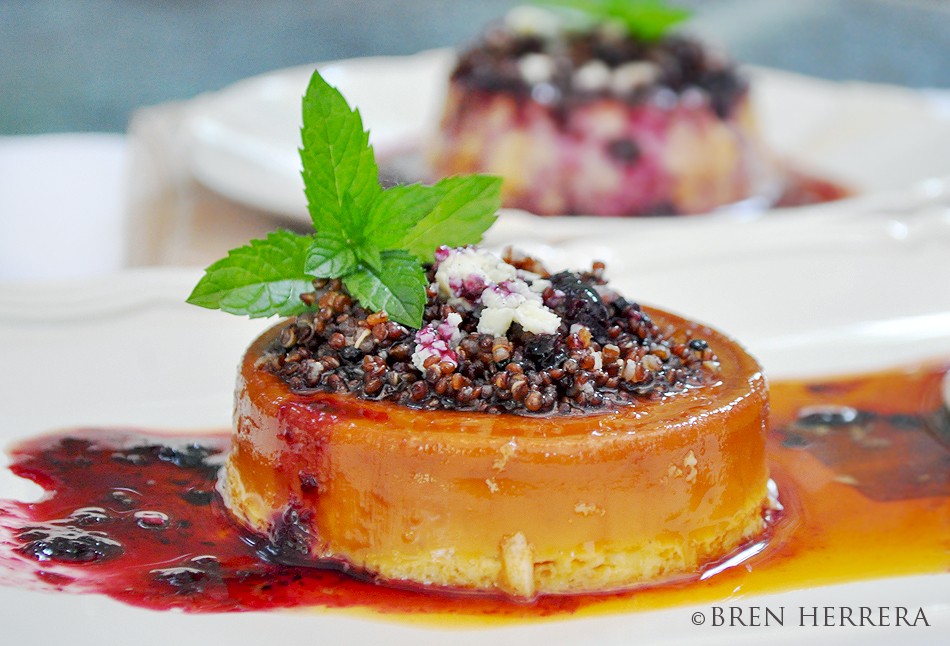 It’s that time again when I get a bit crazy in the kitchen, fall in love with my beloved flan all over again, and start designing. Developing new flan recipes is like designing… sometimes a sketch works but there are some tweaks that need to be made in order for the form to be perfect and appealing to your entire targeted market. That’s the feeling I had last week when making this quinoa flan with various cheeses and laced with a beautiful blueberry coulis.  It just kind of happened. I had no blueprint or even a scarce  idea of what I wanted to create — I just wanted something totally out the box but divine — and I think this is it!

Many things inspired this particular flan for #FlanFridays, which has been idle for a bit if you’ve not noticed. Between, this, this, and this amazing TV and radio work I’v been thrown into,  I’ve not had a lot of creative energy to expel greatness in the form of a custard.

Thankfully, the classes at LivingSocial have been the one constant thing I’ve been doing in DC for the past few months, which laid the foundation for este flan. If you’ve read one of the few posts I’ve written on those uber fun classes, quinoa was the the carb  accompanying the salmon. And because I’ve been making the same exact espresso flanThursday after Thursday, Lord knows I needed something moonlit different to keep me en trend.

And then the cheesy Sargento influence I’ve been tinkering with all year played a tight role. You want to be my friend if you live nearby. I have boat load of cheese — too much to go through in a month — so it was clear I was going to throw some into the mix. I just didn’t know which one of the many shreds. Through an hour long process of elimination, I ended up with bleu cheese and Sargento’s string cheese snacks, which I had my niece chop up.

Well, and the blueberries. E‘s been spending the weekends with me (!!!!!!) and is manly obsessed  with Greek yogurt parfait with fresh blueberries and granola. That only means I have a 4 pound basket of little gems. I’ve done a blueberry flan so I had to whip up something different… a coulis. Perfect. Divine. Heavenly. Spoonful delicious. Sexy.

And there we go! It all married so well together. The added creaminess of the blue cheese in the custard mix, juxtaposed with the quinoa’s texture and the evenly sweetened caramel and blueberry coulis, I don’t think there was anything I could have come up with anything more genius. It’s like savory, but not. It’s sweet but not too rich. It’s gorgeous, but not too fancy not to fork into.

Can you even imagine how blissful this is?!

I seem to get excited like a chica with new Loubs every time I successfully create a flan I’ve never dreamed of. One that defies the traditionalist bible. Nitza Villapol would be proud, but I’m sure she’d raise her eyebrows at the onset of the mise en place. And then she’d dig in, too. 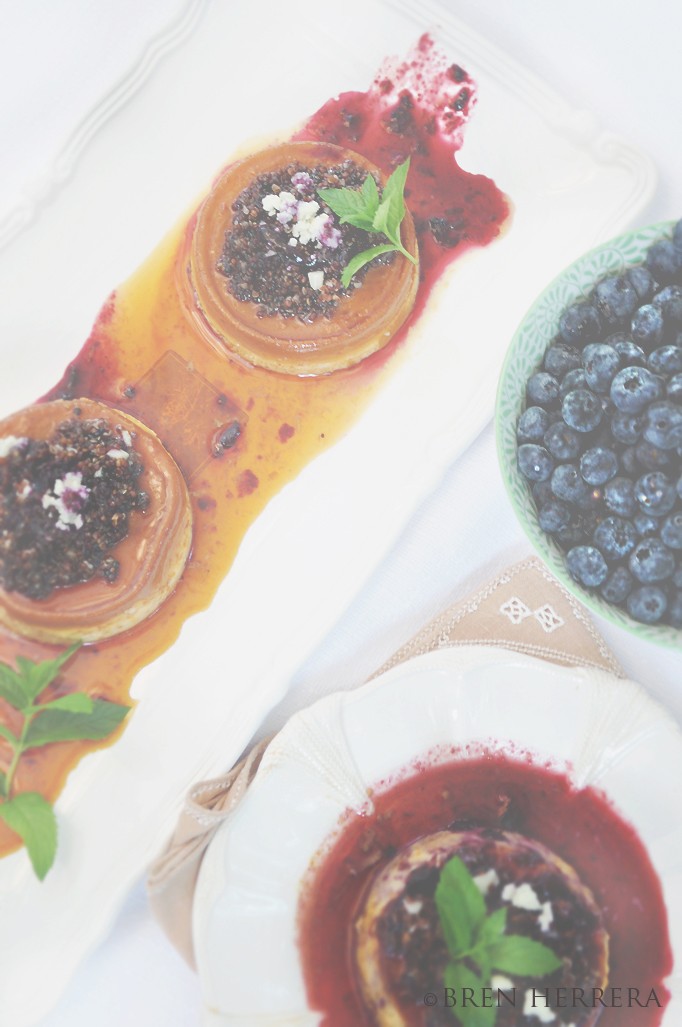 Mes amis….my lovelies…mis amores, this was tedious labor of love, so I hope you adore it as much as I did. And my dad, whom we know is a purist at heart did too. He bit it… savored it…twitched his tongue, trying to discern the unique flavor, and went back in.
Mami just went all the way in, eating two.
So, yeah, it’s good. If they approve, then I know it’s a beautiful hit. 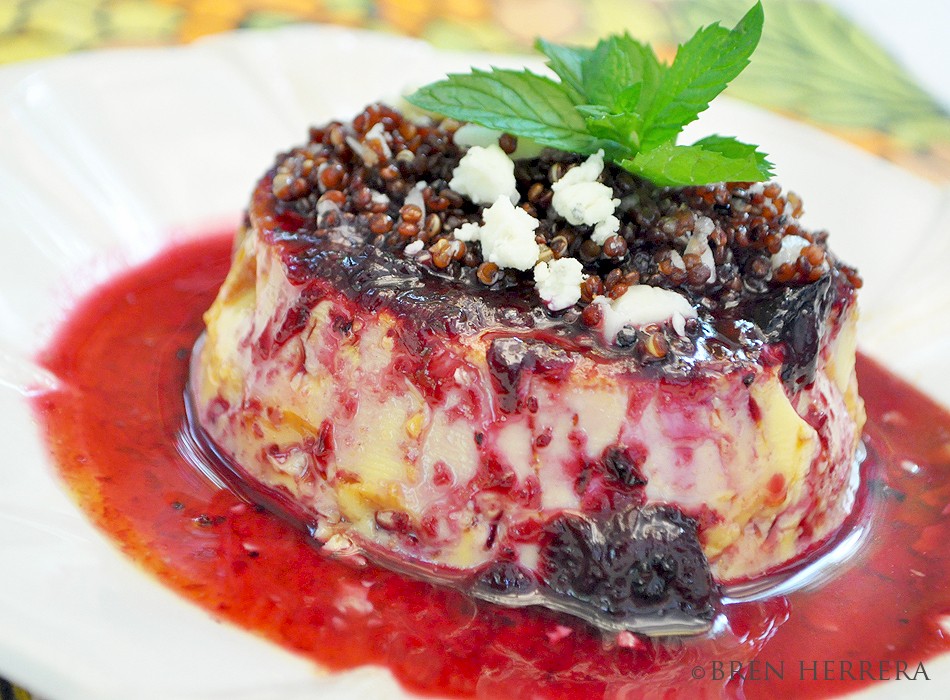 And most importantly, hello FOOTBALL season!

*This post is part of my year long ambassadorship with Sargento where I explore Peruvian cuisine. As such, is sponsored. All opinions, developments, opinions, and stories are oh-so-true and my very own. *For the full recipe, because it’s quite cumbersome, please don’t hesitate to email me.

11 months ago by Bren Herrera
Didn't have time to think of you were going to seduce your lover today? Or treat your bestie to a homemade treat? Because surely buying basic cupcakes at the grocery store is just so....well, basic. And we don't do basic. If you're out of creative ideas an...