I finally made it. The oregano flan is done and it’s here to brighten your day. In my case, it’s a pretty excuse for #FlanFridays. I have to rewind a bit, though. Otherwise, this will just be another flan. There’s a short story here, so follow me for a few minutes, amigos. I’ve never been to Greece, but when I worked in downtown D.C., I made a Greek restaurant one of my frequent lunch spots. It was 5 blocks from my office and worth the brisk walk. I’ve never really enthralled myself into the history of the cuisine, other than knowing certain ingredients makeup the flavor base.  That lack of knowledge has never kept me from really liking the bold flavors and complex combinations. There was a time when baklava did not forgive my hips. One of the lawyers I worked with spared no expense in treating the office with one of the best gooey goodness I’ve ever had. I was unconscious of my diet at the time, so having three liberal pieces was acceptable.  On a savory note, I’ve always been intrigued by the heavy use of oregano in la cocina griega, an herb I learned to appreciate much more during a trip to Cuba in 1998.

As my #FlanFridays features continues to grow and I scratch my head trying to design yet another fragrant and creamy custard, I’m pulling more and more from culinary experiences and suggestions friends offer up and not what’s in my pantry.  My college friend, Alicia, has a similar interest in global cuisine and always has something to say about my flans. During my last visit home, she noticed the ridiculous amount of a super hairy and thick oregano variety my parents are growing. Without thinking twice about it, she asked me to entertain infusing the leaves into a flan. 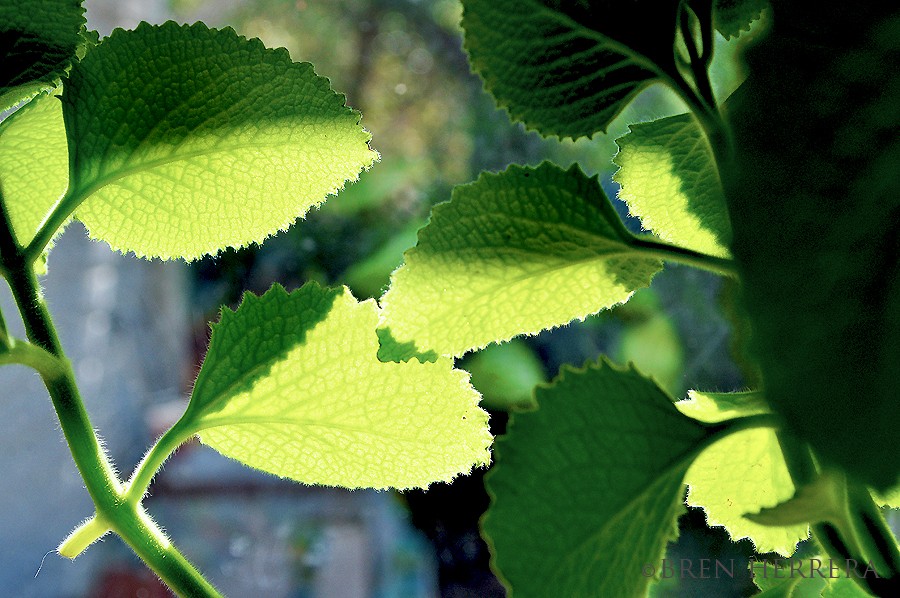 Eggs, milk, sugar and oregano? Yeah, not so much. At least I thought initially.  Naturally, the conversation evolved into what inspires us to bake (she’s a fantastic baker and my homemade cookie source when I’m in D.C.) and what we do to create new experiences and flavors. I went back to Atlanta and forgot about our conversation.

And then one day, I stared at my own vibrant oregano plant in my office, with the hard sunlight blessing it to grow, and remembered the conversation with my friend. I wrote my thoughts about the idea of making an oregano flan a few months back. That post brings all of this together. I got excited and called my friend. With the pungeant oregano in the fore, she reminded me of avgolemono, a Greek soup made of eggs and lemon. I’m not sure where she was going with it or why she’d think of that soup as inspiration for flan.

But, the more I thought about the components, the more I was interested in figuring out how I could translate that Greek soup into a Latin custard.  Avgolemono serves as a sauce to be seeped onto dolma, fruits and vegetables. As a soup, it has a chicken base. None of that seems to work for a flan. Can you imagine? A protein-based custard. The food gods must be keeling over at the thought (though I’ve known a few that have attempted to make a savory flan– I’m honestly not quite there).

But, the highlight ingredients are lemons and eggs. Eggs being the base for flan, and lemons (especially the zest) having an amazing reaction and flavor in flan, leave little room for over-thinking the possibility. Add some oregano — a key ingredient in Greek seasoning — and we have a flan with Grecian and Mediterranean flare! (see this post for an update.)

If the oregano weren’t as beautiful or as poignant, I wouldn’t have thought to play with this. It could have been a stretch. But, I knew the essence of this bruja leaf would infuse well if done properly. I boiled milk and added my minced oregano until the milk started turning a minty green. I added a bit of sugar while I let the milk simmer so that the flavor would be a smoothened out with some sweetness.

It worked! I chilled the milk until I could use it. I added it to the custard mix and the rest of the process stayed in tact. I used a few more eggs than my standard recipe calls for as well. I doubled the amount of lemon zest I normally use in a lemon flan so that it really stood out and not dwarfed by the oregano.

Plus, it really was the secret to making the flan a dessert inspired by avgolemono.

I decided to make it for my parents today since I thoroughly enjoyed it when I made it for the first time a few weeks ago. The house smelled like a caramel and herb factory this morning. I got piercing side eyes from my mom, who hates for her plants to be messed with unless they’re being used for something she’s pre-approved. She’s that serious about her cocina. I reassured her that Alicia and I were onto something and that it’d be special beyond words. Plus, there’s but so much of a traditional flan one can boast about. It’s good for sure, but there is just too much creativity when I approach cooking to be kept bottled up.

When the flan was tempered enough to plate, she sat by the kitchen door and just stared. I’m pretty sure she wanted this to be mediocre so that I wouldn’t have to touch her  her spreading herb farm (I have to remind her my father planted one for me which is being watered in Atlanta). I carefully sliced one slither for her, plucked a few more leaves and garnished it.

The combined notes of this oregano and zesty lemon created a beautiful fragrance for even a newbie to flavored flan to appreciate. I’m not sure how a Greek food enthusiasts would feel about this interpretation of a common food, but this Greek food lover here is impressed. It’s new for me and I adore it. This is what cooking is all about! Being open-minded and carefully piecing together solid concepts.