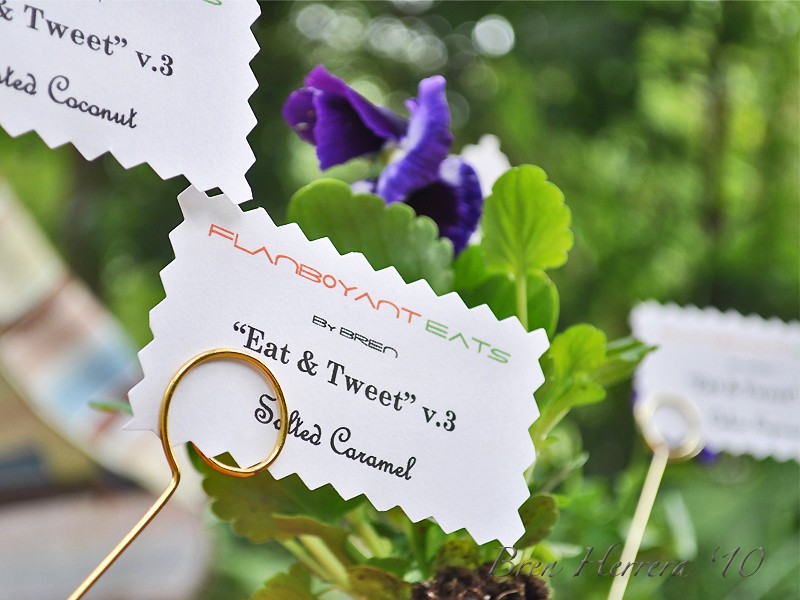 It’s Friday and you know what that means here on Flanboyant Eats! #FLANFRIDAYS!

It’s been two weeks since I’ve posted a flan picture or recipe due to month-longth traveling with the family. But, I’m back and so is the weekly dessert post.

Today’s Twitter-based trend is robust and abundant in flavors, textures and aromas. The biggest one yet, actually! Why?

Well, right before I went to Hawai’i, I hosted my monthly “Eat & Tweet” food event; this time in D.C.! I didn’t have time to pull off my October event in Atlanta, so it made perfect sense to introduce it in my hometown. Since it was almost a very last minute decision to entertain at home, it was a no brainer to make the “Eat & Tweet” a flan themed one. After all, that’s what the Atlanta soiree was going to be.  So, why not invite my D.C/Va Tweeps to enjoy in the velvety cream dessert?

And why not throw in a demo!? 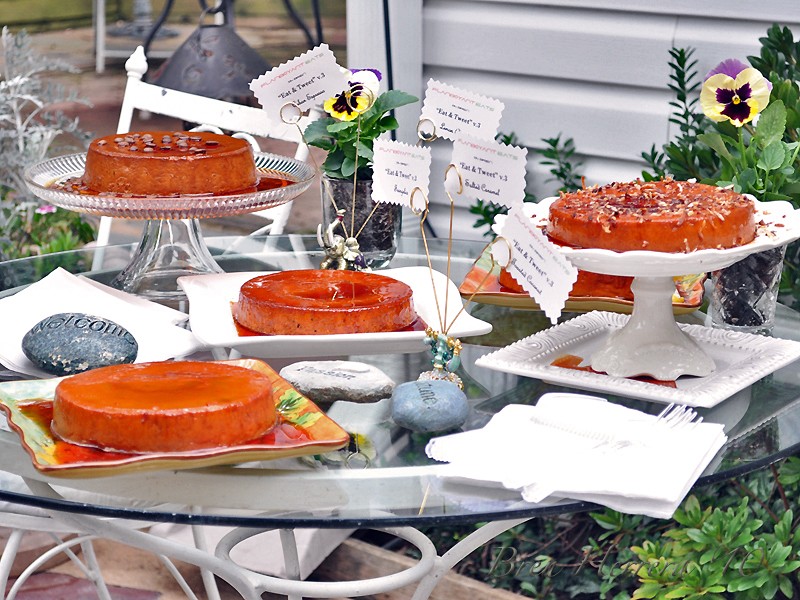 Unlike my other “Eat & Tweet” events, this one was all about flan and only flan. A complete sugar rush. I committed to enticing my friends with 5 flavors which meant  leaving my mother’s kitchen filled with an intoxicating caramel scent late into the evening.

That beautiful Sunday morning started with whipping out multiple pressure cookers and organizing all of the varying ingredients. My mother quickly got to exercising her authority in her cocina by directing and delegating the few of us in the house.

Dad was asked to pick up lovely purple and yellow pansies to brighten up the backyard. 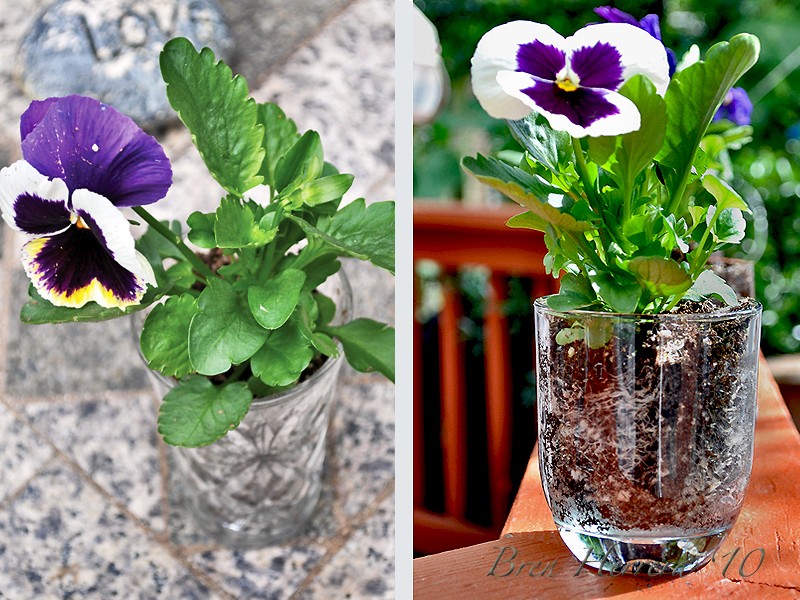 The tasting was al fresco and my parent’s backyard is designed perfectly for casual entertainment. All I needed was a  portable gas stove top for the demo and naturally mami had one (for our camping trips). As soon as I got 3 flans going, I went to the backyard and set up the scene.

I wanted it to be relaxed, yet exciting and welcoming. 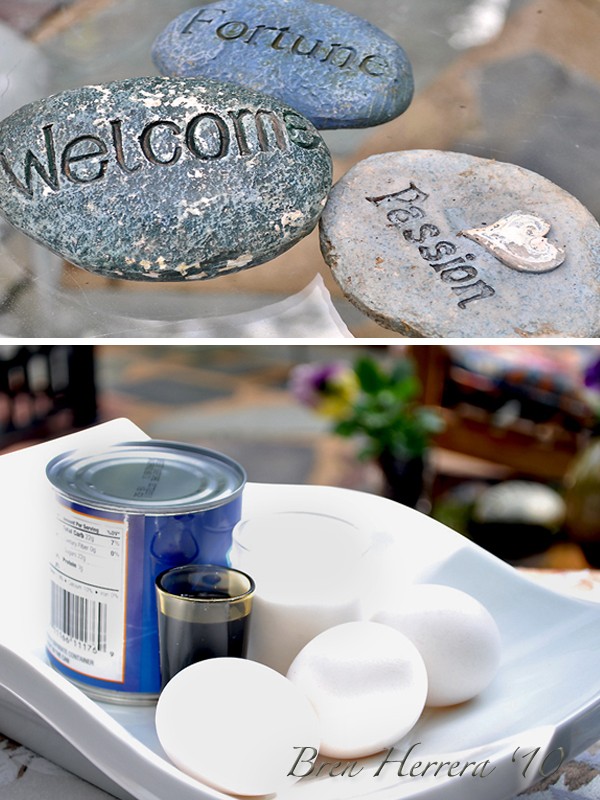 To help balance all the flan, I thought sangria would be a great fit. Was it good? Absolutely. Should I have offered something else? Absolutely! Sangria, as delicious and refreshing as it is, is also sweet. I’m now thinking a dry red wine would have sufficed.

But no one complained and the glass punch bowl was quickly emptied!

I did have an assortment of  artisan cheeses and crackers to offer a salty taste.

After demonstrating how to make flan, sipping on the red and nibbling, we finally dug into the flans and started tweeting about it. 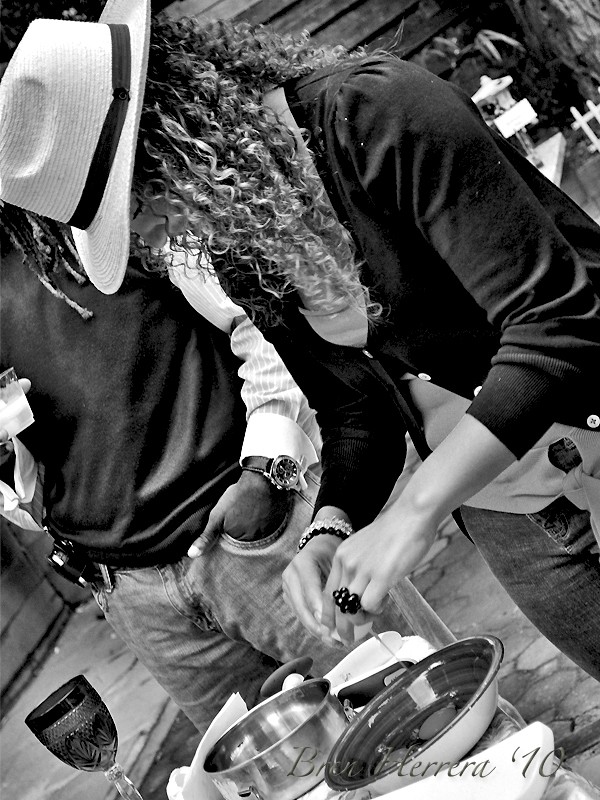 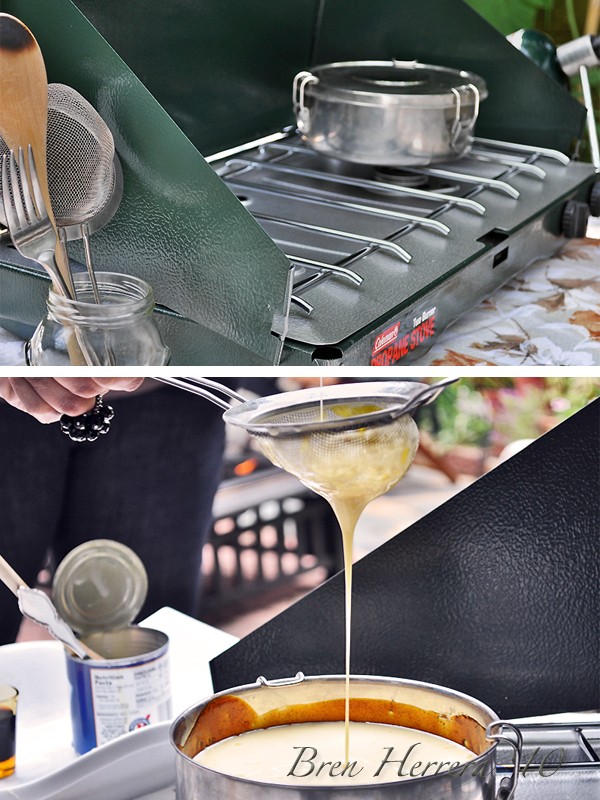 This is what we enjoyed! 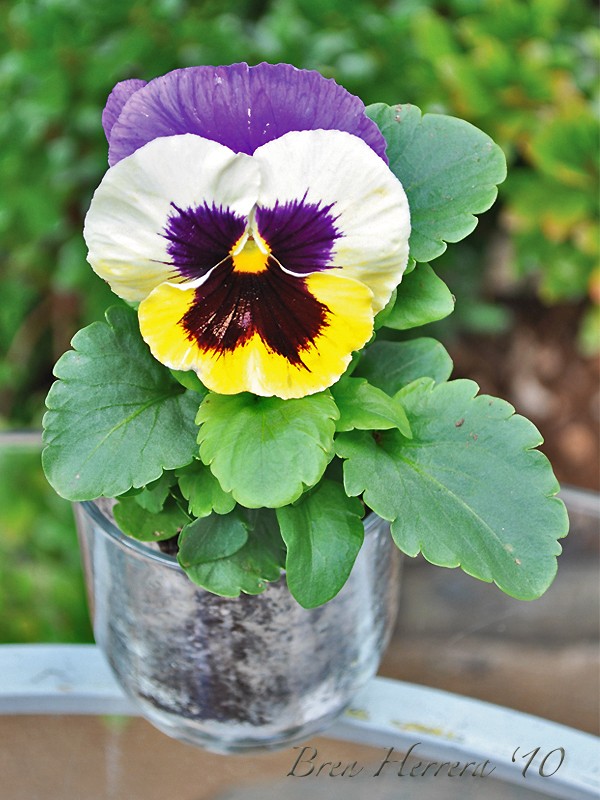 SALTED CARAMEL and CUBAN ESPRESSO, both of which have been previously featured in #FlanFridays here and here. 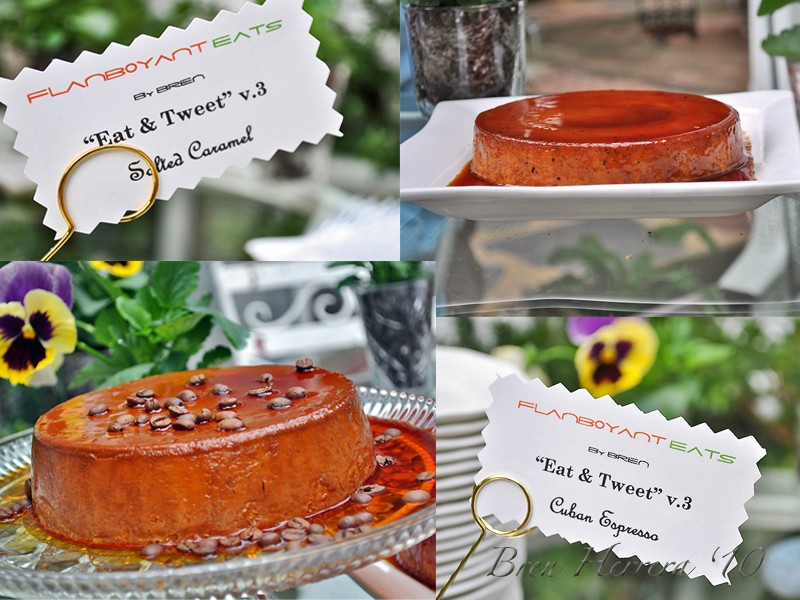 And, LEMON ALMOND, the ultimate summer flavor. This one happens to be one of my favorites. The zest from the lemon, coupled with microscopic pieces of shaved almond in the middle, make it an unparalleled treat during hot summer days. Yes, fall had already begun, but a reprise never hurts. Especially when it involves cream, caramel and citrus!

For this particular flavor recipe and video demo, click here. 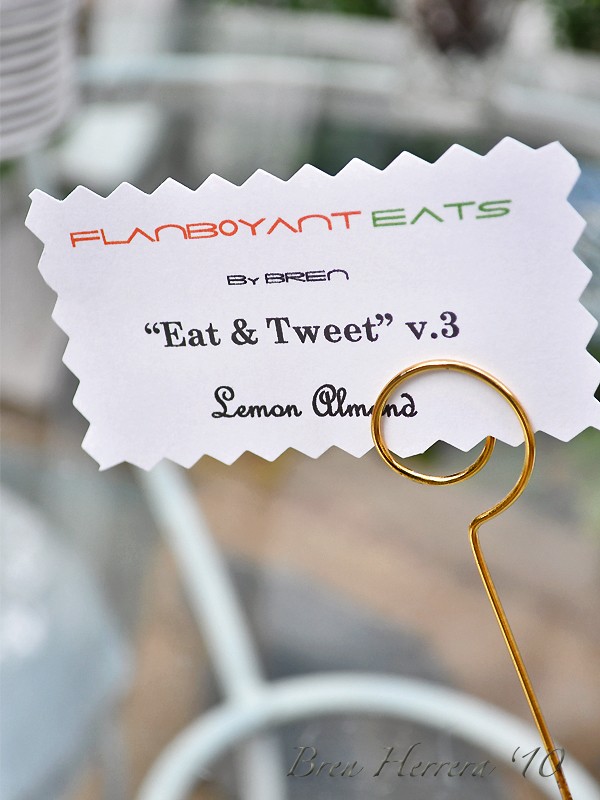 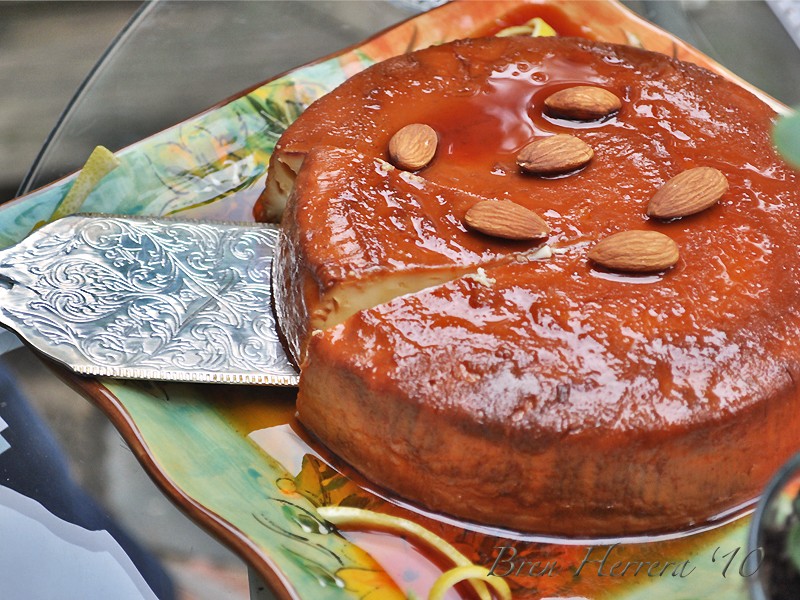 Of the five flavors, toasted coconut was the winner, hands down! An entire flan that yields 8 generous slices, was the subject of negotiations on who would enjoy the last slice. I’ll save that uber delicious creation for another installment of #FLANFRIDAYS!

That leaves one more: Frangelico! My, my, what an absolute smooth experience, both in palate and aroma. Yes, Imma save that for another #FLANFRIDAY, too.

The evening ended up in the kitchen, as much as I tried to avoid that for my mother’s sake. But in a Cuban home, everything starts and finishes in there. It’s written that way.

We all had a fabulous time, enjoyed the tasting, the sangria and I was most pleased with not having a single slither of flan left to put away.

Atlanta! Are you ready for your turn? “Eat & Tweet” v.3 the Flan Experience is this Thursday. If you’re not on the invite list, get on it! You don’t want to miss all this yumminess, do you?