I Will Marry in Monaco! 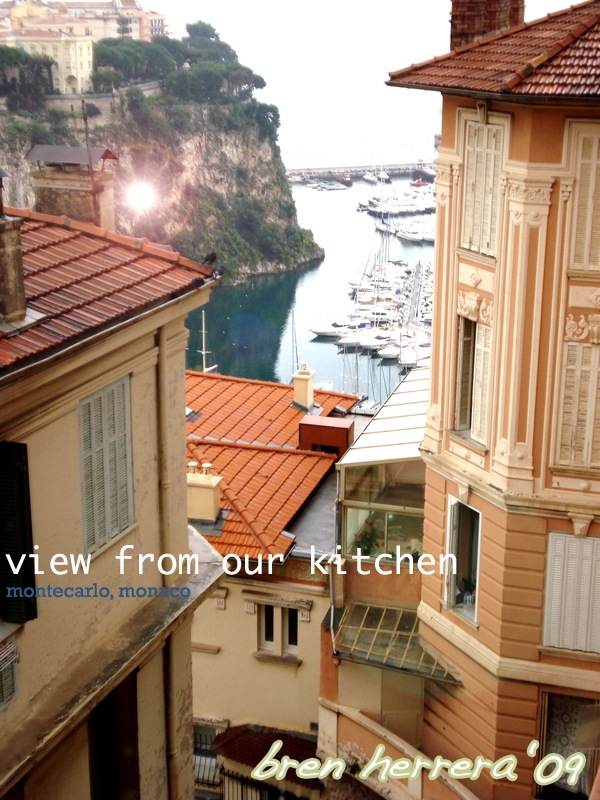 After 8 days in Monaco, the Cote D’azur, and some of Italy,  I’m left wondering what life is really about. I was there just two years ago, but this trip was different! Those people live LIFE to the fullest. They are PAID and simply gorgeous.

That is not MY case.

My fam and I lost all our life savings at the Casino in Monte Carlo (the real casino Royale), in addition to $400 worth of Mac makeup I left on the plane in Paris. (emails and faxes to Charles de Gaulle airport go ignored) 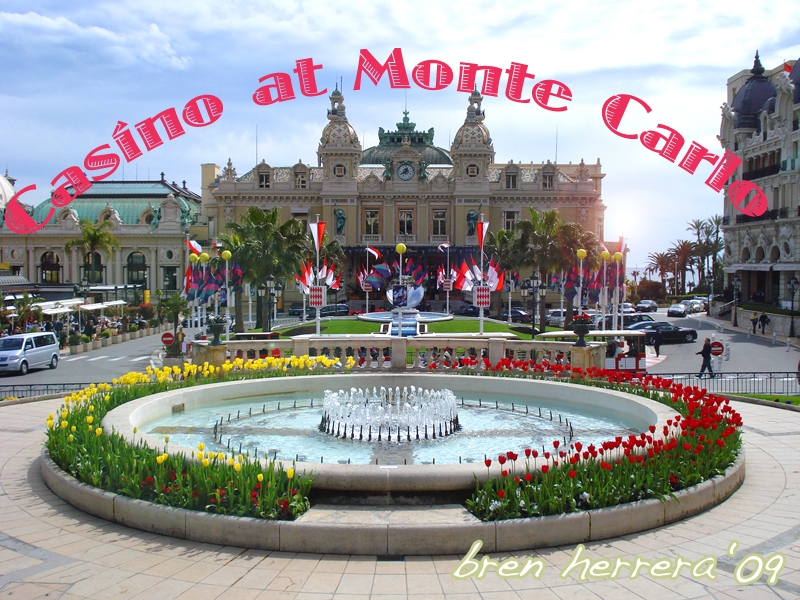 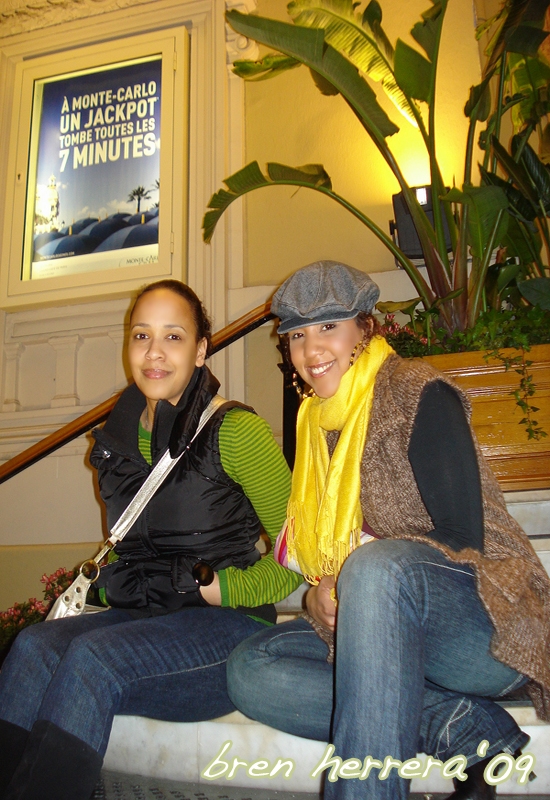 Okay, I’m not really getting married, but Lord knows I’d get hitched in a heartbeat if the right, fine ass man approached me about bearing him kids.

They’d be little Latin-Frenchies…or better yet, Latin-Italianos (lots of them there, too).

And, me, the baddest Louis Vuitton runway shoe-wearing, Latina cooking momma known to the Principality!

If you find yourself visiting that part of the world, you must take two days to just visit the areas of interest. In Monaco, the Jardin Exotique is spectacular with an incredible story and underground caves. Visiting the Prince’s Palace during the changing of the guard is impressive. The guards don’t let you photograph them, but sis and I are super stealth about capturing those wanted images; so we did. a few times. And the aquarium at the Musee Oceanographique is like nothing I’ve seen before. There were Cuban fish (meeting 2 Cubans straight from Havana was a trip! I swear we’re everywhere) in that joint! Love it. And of course, you’d fail yourself if you didn’t enter the Cathedral where the femme fatale Grace Kelly and Prince Rainer are memorialized.

We won’t even touch on the casino at Monte Carlo. Only ballers need enter.

However, you don’t want to get caught up in CarreFour, their grocery store/utility locale. You will pay $6 for 1/2 pint of strawberries and $7 for a dozen eggs. No lie. We’ll talk about those eggs in another post. Mother eggs, they were.

Hop, skip and jump over to the Cote D’azur to visit Nice, Cannes and St. Tropez… Spend money. Lots of it. Go to Ventimiglia and Sanremo, Italy if you have more time to spare. Drink good ass espresso and buy vino or really really good Limoncello for the low low. The beaches in Menton, France are peaceful and very forceful. Casino’s everywhere will surely keep you busy and break you to pieces.

DO NOT visit Gorbie unless you want to be scared to death as you ascend and descend the mountain. The *ish was the scariest thing I’ve done. We got lost. Very lost, in a remote mountain with a drunk man taking a pee-pee outside a ghost square. All we wanted to do was eat. But the 4 ppl outside the lone bar didn’t seem to like brown foreigners! Our only hope in making it safe and alive back down the rock to civilization was GOD and the damn French speaking navigation lady in our rental.

Then again, entering unprecedented tourist territory at 10 pm with NO street mountain lights, was not smart.

I’ve been back 4 days and I’m still recovering from all the sexy drinks, $1000 dinners, seeing Demi Moore & Ashton Kutcher in the same hotel where I ate with chefs Christophe Cussac and Takeo Yamazaki, and of course the high of just being in Joel Robuchon’s kitchens in a private and exclusive meeting (not to mention being spoon-fed by these guys)!

So what it rained the ENTIRE time we were there, that my dad got a speeding ticket, that we go locked out of our place the night before we left (with my cell being the only working one, ringing inside), that my dad broke his glasses and had to rock the leaning specs during my interviews with the master chefs (I die). Or wait, and that I had to pay $22 for L’Oreal mascara at the local grocery store (see above). Something about this trip was riddled with all mishaps one could conjure up. The price I had to pay for the royale journalist treatment, I guess.

I was in Monaco. Drooling over abalone and jelly, Laborghini’s, Ferrari’s, Maserati’s and wardrobes I’ll never be able afford. The only thing I regret not doing was sitting on Alain Ducasse’s lap at Hotel de Paris, as I butcher the French language. I really do need to matriculate in a refresher course; speaking like I used to is so sessy!

So, as I gather my thoughts, edit pictures and video of the trip, please enjoy these few shots, none of which are of the gastronomic culture. You’ll have to come back for that this weekend! (its taking me an extra long time to sift through 4,000 pictures). I am excitedly doing a 3 part part series on my visit from the gastronomic perspective and restaurant/chef interviews. I hope you’ll come back as I take you to one of the best places in the world! 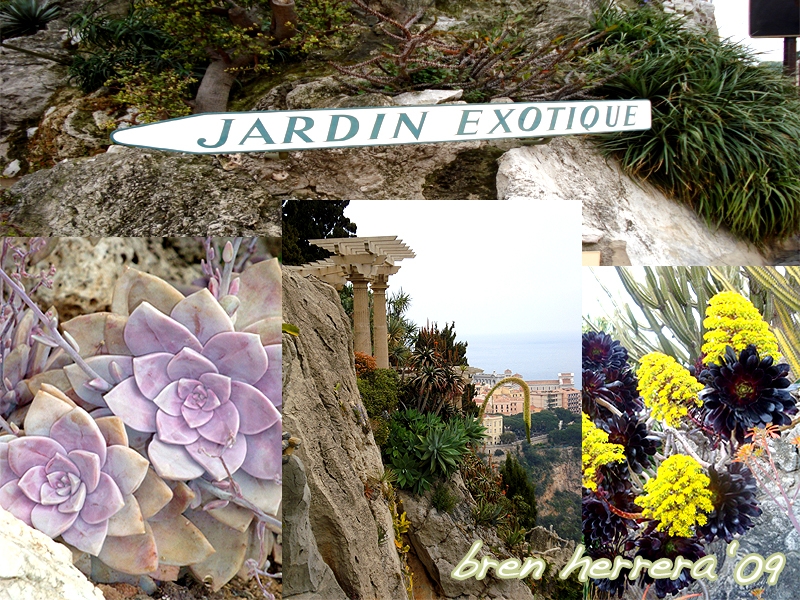 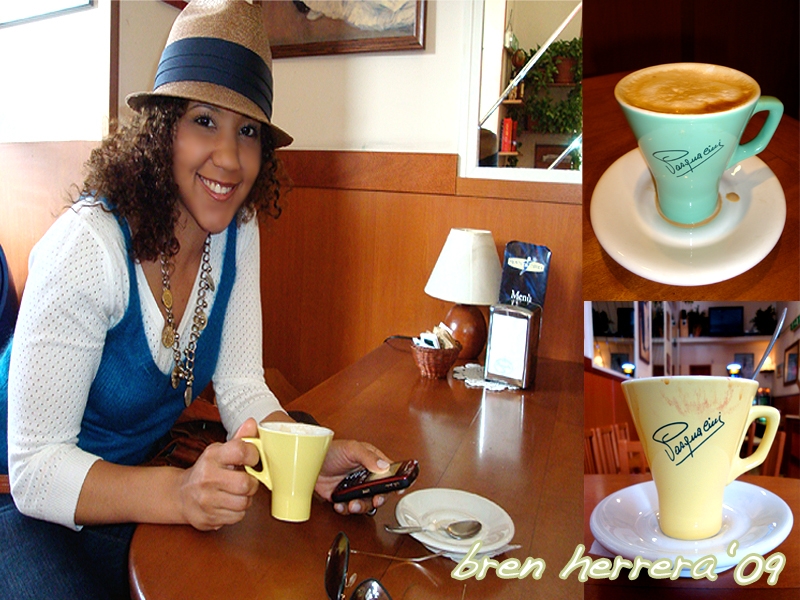 And I also leave you with a treat: the perfect cappuccino as I sipped it in Sanremo, Italy during a day trip last week! So good, I went back for the blue demitasse after playing at that casino.

They really did invent espresso. And it’s so obvious.

* Will you subscribe via email and stay in tune of all this crazy stuff I do? Don’t you what to know where I’m off to next? 🙂 Who I’m interviewing? f you’re privy to it before everyone else, you can put in a request for a local goody! Or receive a print of one of the awesome pics I manage to take. Just some perks of subscribing! 🙂 Smooches!