It Really Happened, I Cooked With Emeril Lagasse! 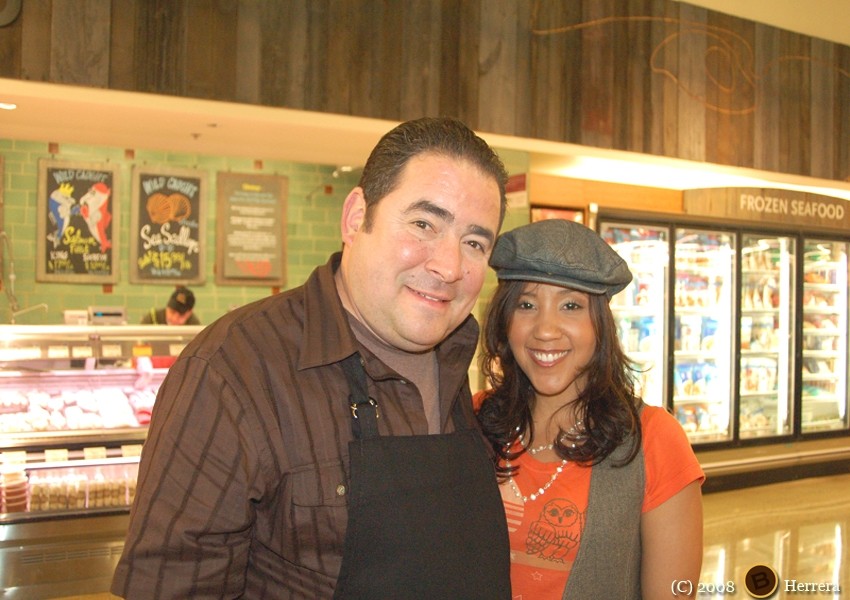 Oy, so how much do I really tell you guys about the best experience in my food world to date? Do I save some for private email questions, or do I wait ’til the show airs sometime this summer?!

Was like this: up at 5. Do hair (oh, still pissed off about the color), makeup, pick one of 5 outfits, skip on my 4 shots of espresso, check makeup again and answer door when the production team arrived.

Oh my goodness! This was really going to happen. I had been prepping for a month, just in my head, how all this was going to pan out. I was excited, but knew it really wouldn’t hit me ’til THE day came.

So they interviewed me, and then me with my parents and then I got to cook! Remember that rabo encendido (oxtail) I’ve been telling you guys about? I finally did! Now, one thing though: I made two batches, enough to feed a crew of 5, my family and 4 friends, and yet no one, not one person thought to take a picture of the damn rabo! WTH? Are you serious? I could not believe it!

That just means I’ll have to cook it again once I get back to ATL so I can picture it and finally, por fin, share it here with you. I hate to break promises, so hold me to it. Email me if you must! 🙂

So after 10 hours of jokes, serving everyone what I made and my fam/friends begging me to do a certain thing (you’ll understand once the show airs), I bid the crew farewell with a hearty piece of flan.

I’ll indulge you a little. Meeting Emeril and everything else Tuesday entailed was incredible! First of all, “Chef” as everyone calls him, is the most down to earth, super cool, funny guy! Maybe you’d expect someone on his level to be pretentious and arrogant, right? After all he knows his stuff. But, if he’s not too BIG to feed a lower echelon gal like me, then you know he’s all about the real deal!

Yup, Emeril fed me, ya’ll!! It was soo sexy! In our first scene, he fed me some chips and salsa but the director yelled “cut” and had a sidebar conversation with him. That was hysterical. Was he telling him not to tease me? Or was he telling him to trust that I could feed myself? Who knows. Whatever he told him, I had to feed myself for the 2nd take… It just didn’t taste the same. (sigh)

My comfort was ensured at all times and I was fed like a fool. Not the food he and I cooked, which I won’t say what it was here, but fresh sushi, chocolate chips, tea–the works, basically. You know how good Whole Foods food is, so you can only imagine. Even the cake for Josh’s, a light crew-members’ b-day, was delish. (my mom can be so so ghetto ya’ll–she cut a colossal piece, wrapped it up and took it to her car during lunch. GHETTTOO– but I wouldn’t trade it for anything else in the world!) 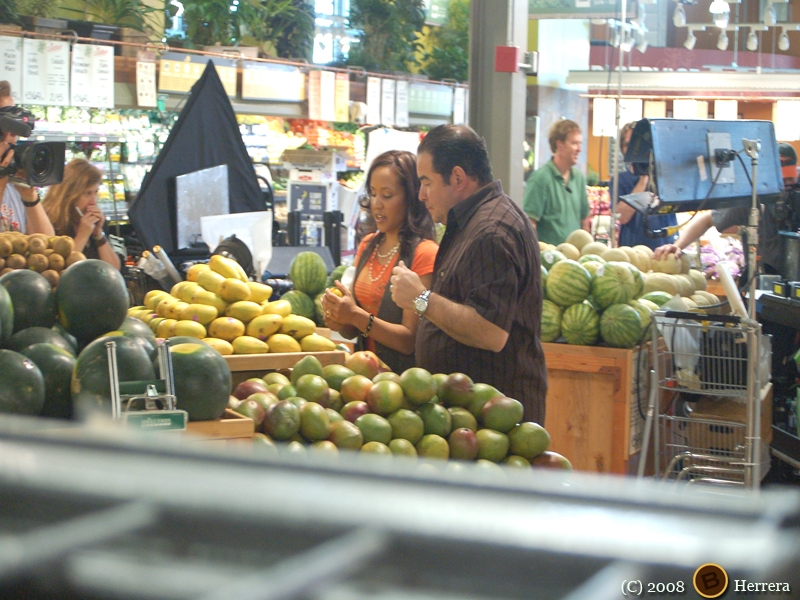 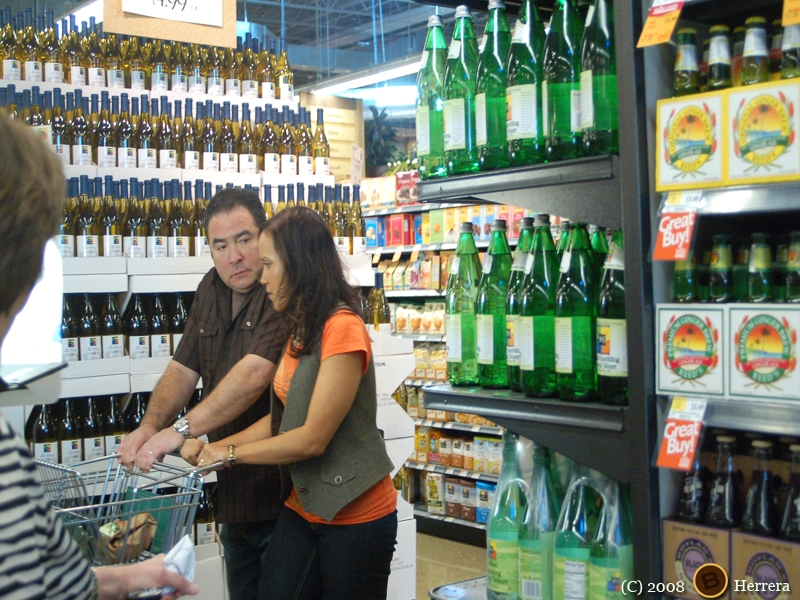 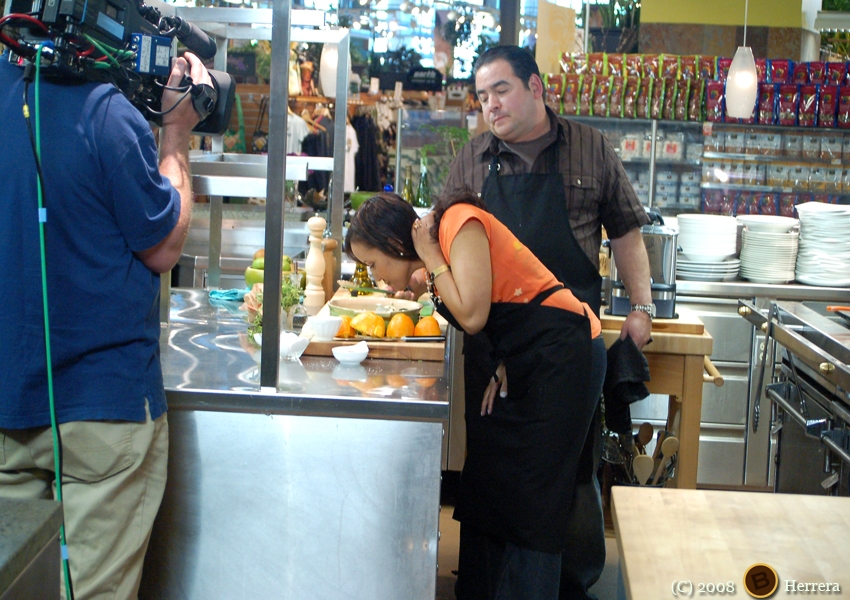 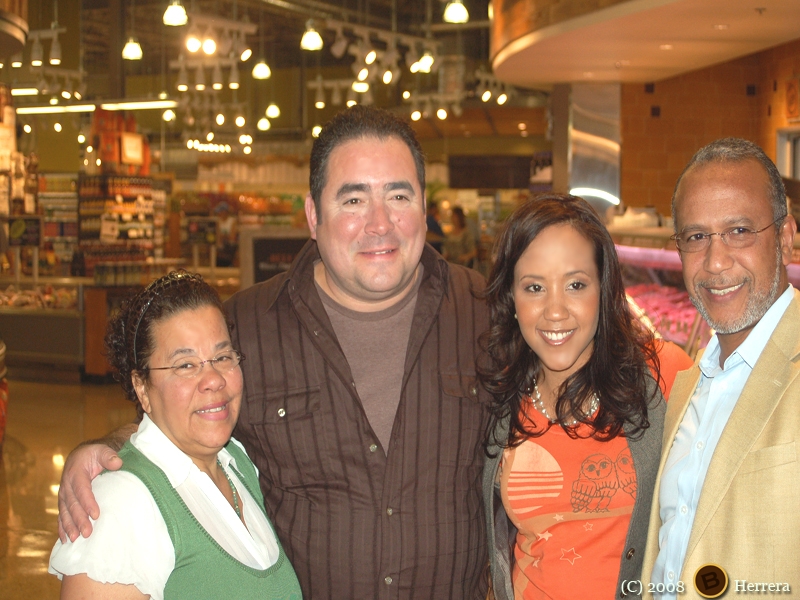 Then more taping. No rehearsing, no retakes, just good ol’ improv and going for it! Smooth acting here guys. Once thing I did notice–Emeril is so on top his game. He observes everything and does not let anything slip by him. It could momentarily appear as if he’s not paying attention and has been distracted by our chit-chat about my mom’s ring, but he’s got one ear on me and one on his associate producer, who’s kindly fending off on-lookers begging for autographs and photo-op.

So finally, after doing our thing, cooking a special dish and eating it (and he fed me again!), we were done. I’d love to tell you more, but it’ll spoil the episode and the cool TV magic trick we did! I promise you’ll love it. I actually did learn something about cooking, even my own Cuban food, and it was great learning from Emeril. However, I have to put a disclaimer out there; in two (maybe three) of the scenes, I totally had to dumb it down and “act” as if I didn’t know what he was talking about. Nods, perplexed looks, questions and so forth, followed! SO, just know this is TV and sometimes you gotta play the part, for real!

For those of you that haven’t had the privilege of working with him, I swear you’d love it. Everyone from the entire production team to kitchen staff prepping everything, was wonderful. The exec producer has a hell of job on her hands and seemingly she’s doing something right after 10 years of producing “Emeril Live.” Ultimately, nothing about the day was “Hollywood”, in the sense of divo’s or diva’s, which I loved even more. Hec, even the security guard was kind of cute.

I can get used to this: Cameras and damn good food. I even got to sing a bit at the remote!

I was glad when the day was over only because my feet hurt. And NO I didn’t get to wear those bad ass L.A.M.B. shoe. Hec nah. We did way too much moving around to actually wear them. But I did wear another pair of 4.5″ snakeskin wedges–thanks Elina (associate producer, pictured below)!! 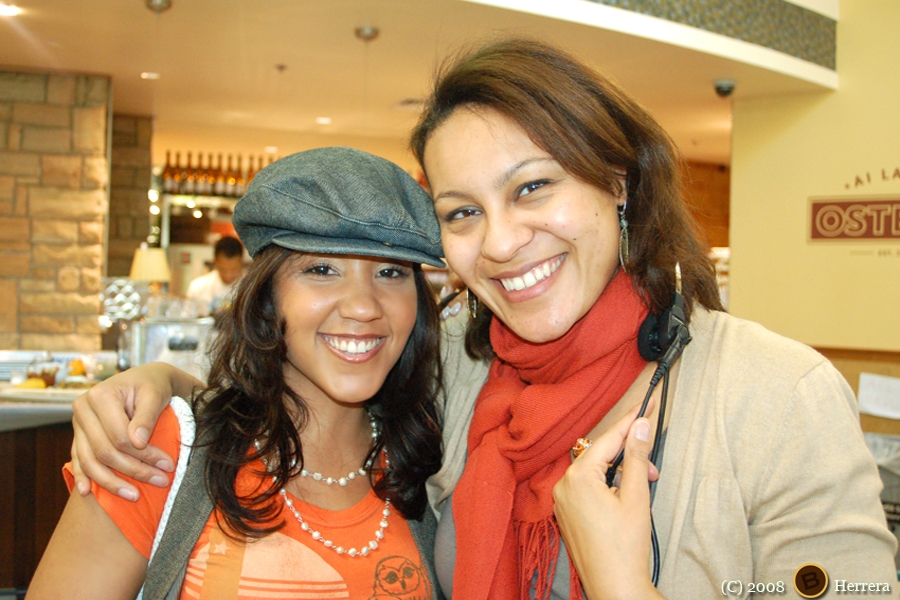 EMERIL GREEN premiers in June on the Discovery Channel. My episode date is unknown at this time, but I’ll post when I find out. Check your local listing and support Emeril in his new project. It’s going to be great.

Something about this experience tells me this is the first of many more GREAT opportunities.

PS: I ate the colossal piece of cake on Wed. morning. Damn, it was good. Thanks mom!! ha ha.

PSS: thanks to Adam W. of the production office in NY for being so terribly awesome and friendly even beyond his casting responsibilities… oh and the director, Alan, for thinking I was 20!!!!! And the entire remote crew–Rick is probably still sniffing his coat!!

37 thoughts on “It Really Happened, I Cooked With Emeril Lagasse!”