It's That Most Wonderful Time of the Year To Eat Cuban Pastries! 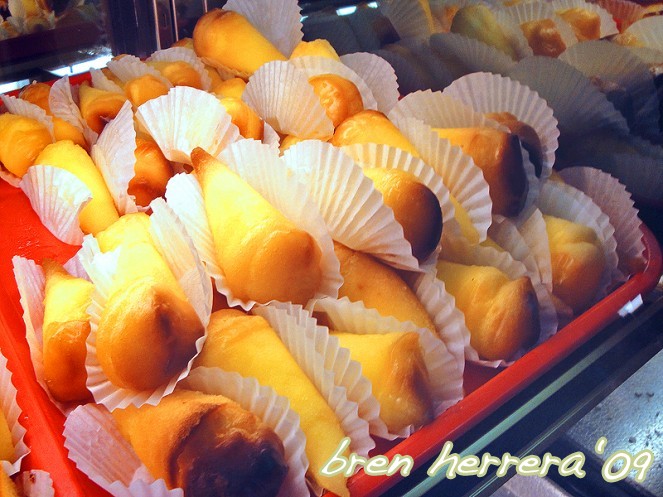 Before you start drooling, let me just tell you that for me, one of the most beautiful things about the Holidays is the set design in New York City. It’s reminiscent of ubiquitous chicness, happiness and temporary cheer. Temporary, because the bills will inevitably pile up within 30 days of NOW, and the lines and lines of people trying to shop and  have a photo op with a faux Santa, will all drive you batty and probably reverse the initial feeling.

But, I still love NY, with all it’s racy personality and insensitive expressions (in one post last year I mention a cabby I was in, cussing out a driver–niiiice). It’s just that special place where you can see the whole world on one large metropolitan island. And because the whole world, ethnically speaking, has a foot on 5th Avenue, you also get to taste food from this vast world.

On Saturday, la familia decided to hop in our truck and drive up from DC, just for the day. 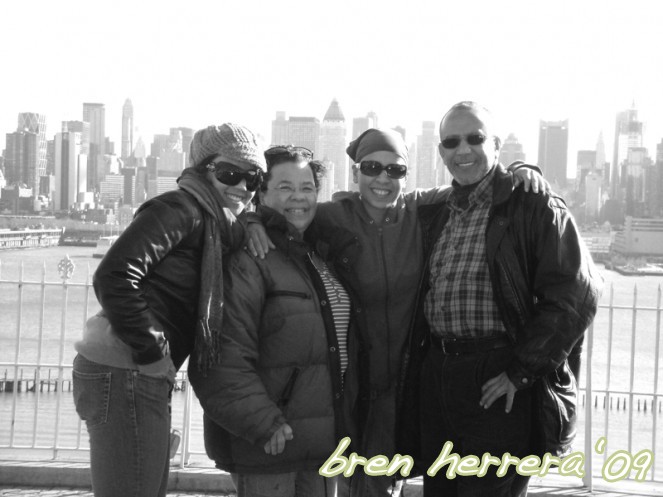 We, however, can’t just drive without stopping. If you followed my Tweets on Saturday you know we had to stop in NJ and visit Paquito D’Rivera, a good family friend. That was a nice tryst. We talked about the Introduction he’s writing for my cookbook, and about Bobby Flay’s Throwdown FN show, where he’s been asked to be a judge of a Cuban food episode he’s doing. Again.

We took advantage of being in NJ and thought of our most favorite thing to do: find food. Being Cuban in West New York, means Cuban bakeries–everywhere!

Why is this important?  Well, because in D.C, and even less in Atlanta, you just can’t find the type of delicias I grew up eating and absolutely boasting we created back in Havana!

After a 10-minute, high-volume Spanglish conversation about which bakery was the best, the consensus was in: LA GRAN VIA BAKERY. 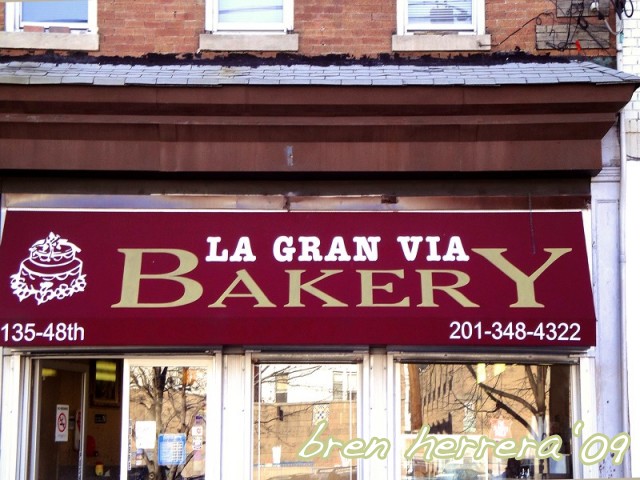 I walked in and knew it was about to deplete my Canal St. reserve.  My father’s really, since he decided to come in and “look.”

The line was out the door, with customers ranging from Americanos dating Latin girls, to a Middle Eastern woman. The level of anxiety waiting for your pull-tabbed number to be called was worse than my very own. This place has desserts for young, old, frail, skinny, fat, poor, rich and those without dental insurance to treat them for all the cavities they’re sure to develop after the fact.

I rushed the counter and ordered Cappucino’s, my most favored Cuban pastry (1st picture above). These cone shaped pansito’s have got to be the best thing you’ll ever put in your mouth! I’ve been eating them since I can remember, back in Miami, but have never figured out how to make them. On it now, though. They’re similar to an Italian dessert, saturated with a light honey-like, sticky sauce. I ordered 5. At $.75, I regret not having asked for 20. Where else do you buy such delicacies for pennies? In Dean & DeLuca, you’d surely pay over $3 for each. I guarantee that.

Don’t be jealous, just take a look and enjoy all these Cuban pastries that are everyday delicacies in our homes, especially during the Holidays.

I started snapping pics through the encased coolers. The coconut balls with glaze, pictured below on the left, will cause you to shuck one at the person butting in line, but then again, you don’t want to wast it, it’s so good. The flan, while not my award-winning one, is pretty and actually gave me an idea on how I can mail order! 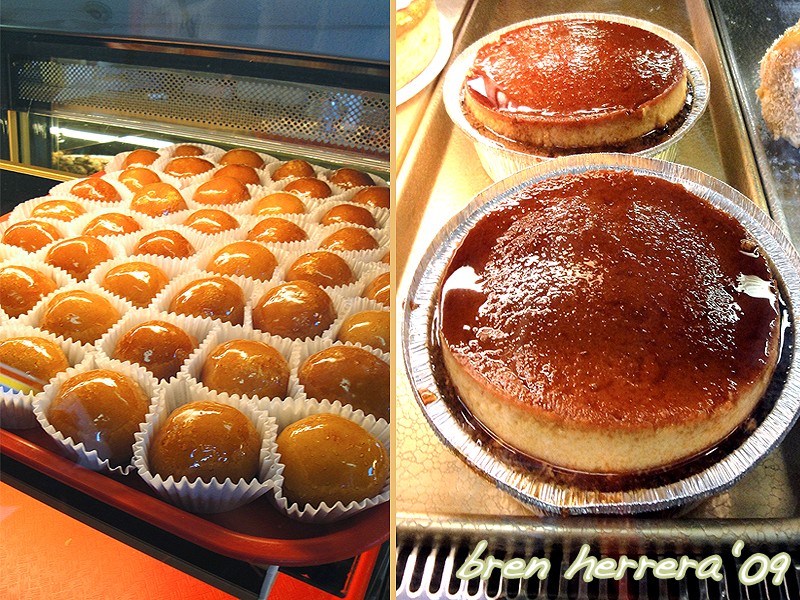 Then there are the vanilla and chocolate eclaires, which are my dad’s fave. He’ll fight you over them. Those cost $.85! 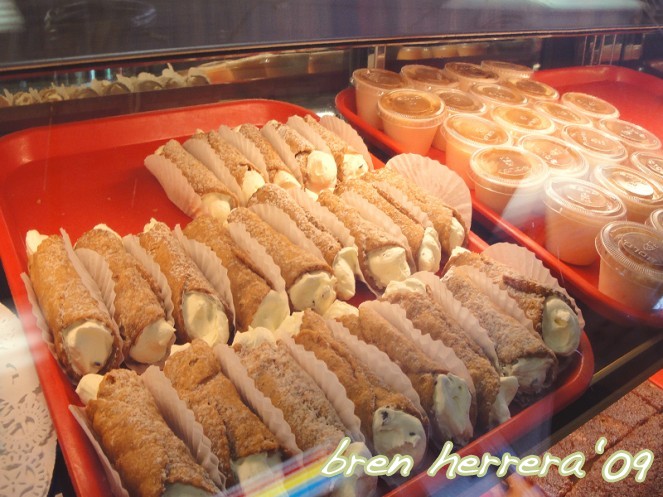 Can it get better? YES! Look at the individual flans, guava and cheese pastelitos, and Señoritas, which are probably my 3rd fave. 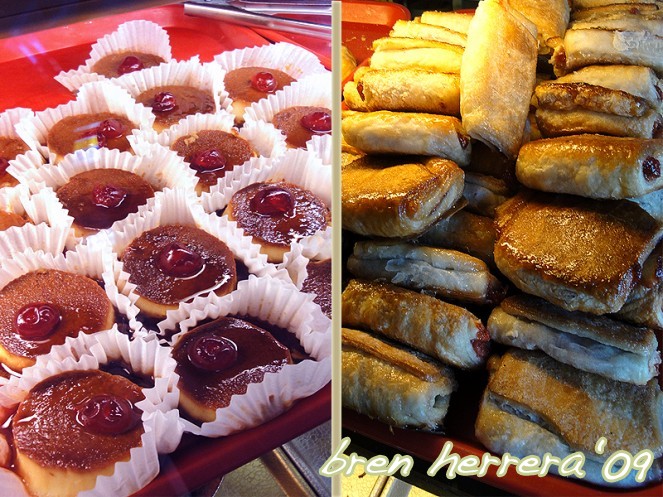 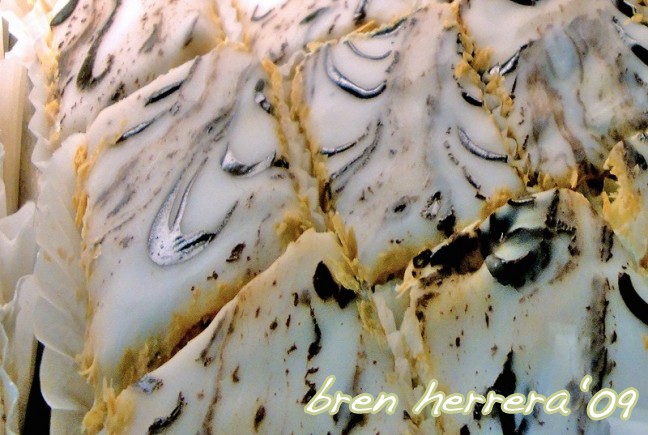 The birthday and quinceañera cakes are always so over the top decadent and stereotypically laden with Spanish style flowers, that I had to snatch a picture. Yes, every single one our birthday cakes growing up looked like that, only 10 times more dramatic. 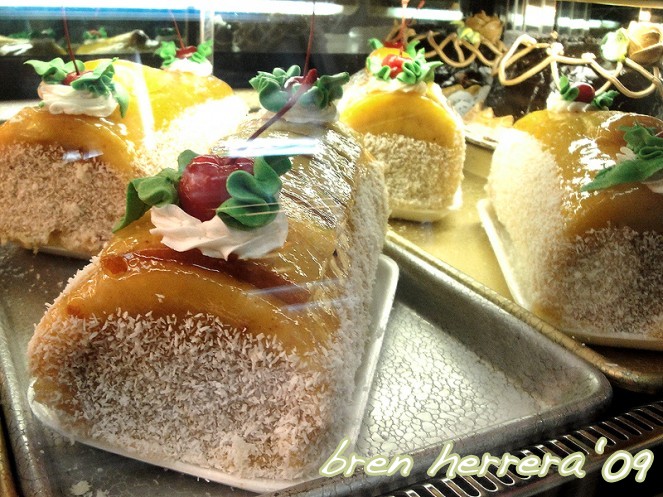 One of the easiest things to make, which I do at home every so often, only to keel over in stomach pain later, is meringue. Nothing but raw eggs and sugar. How can a nasty raw egg turn out to be so sexilicious after beating your hand off!?!

Well, wanting to spare my arm some pain, I ordered some of those, too. Plus theirs are peaked so pretty, nothing like what I do for myself. 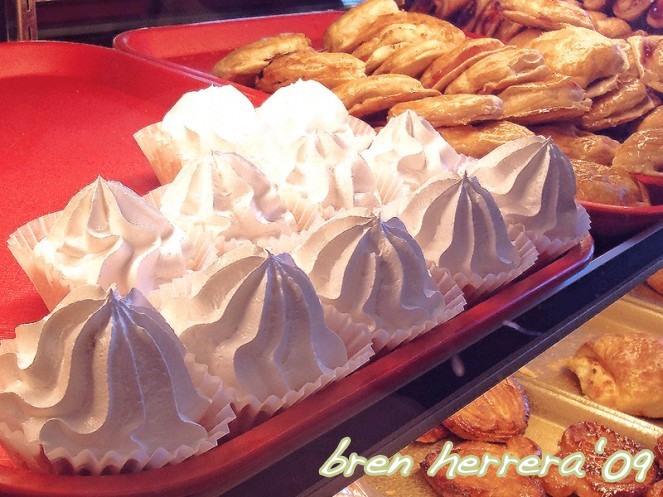 After 20 minutes and only $15 spent, we walked out of there with the most delicious pastries anyone, I swear anyone, could want! As for my 5 cappucino’s, they made it all the way back to Atlanta with me. Still juicy, still wet and still utterly delicious. I was so determined to allow the experience to last beyond Saturday’s day trip, I hid them from myself in the basement fridge at my parent’s house. HA!

It’s the one recipe I want and will kill for. My cousin claims she knows how to make them, so maybe I’ll just con her for a lesson. I already know their labor intensive. But, for all the juiciness that comes out of them and drips into your mouth, I’ll spend three hours making them; pressure cooker or not!

If you’re ever in West New York, NJ, you must visit this awesome pasteleria. It’ll change your dessert experience.

HAVE YOU EVER HEARD OF OR HAD A CUBAN CAPUCHINO DESSERT? I’M SO CURIOUS!

* THIS POST QUALIFIES FOR THE “HUNGER LIVES NO MORE “ ONE COMMENT.ONE EATS. POST! THAT MEANS FOR EACH COMMENT LEFT ON THIS POST, I WILL PERSONALLY DONATE ONE FOOD ITEM TO A LOCAL FOOD BANK FOR FAMILY IN NEED! AN EASY WAY TO DO YOUR PART IN GIVING BACK TO THE COMMUNITY! THE MORE COMMENTS, THE MORE PEOPLE WILL EAT! THANKS FOR SUPPORTING ONE COMMENT.ONE EATS.!

129 thoughts on “It's That Most Wonderful Time of the Year To Eat Cuban Pastries!”