This Cuban life I live is pretty exciting. Enigmatic. Infectious. Though I was raised in DC from the time I was 6, my parents maintained (and still do) a very active and cultural experience in their home. I’ve been writing here for close to 8 years now, so I’ve shared a lot about our culture, mostly our food, obviously, but there’s so much I’ve not touched on. Music is probably the single element that personifies the Cuban spirit: lively, vibrant, exciting, relentless, and passionate. I’m sure I could come up with many more adjectives to describe my island people, but these few come to mind. Our music is mostly rooted in African rhythm and style. Having impacted the entire world, our music is beloved and heard just about everywhere you go. I was totally mystified but excited when I heard some rumba in Monaco, of all places.

Cuba apart, the most widely known style of Latin music is probably salsa — originally from Cuba and originally called “Casino” — but popularized as we know it in its modern form, by Puerto Ricans. It’s sexy, fun, super agile, and a great form of exercise. I remember seeing my cousin dance among a large group of friends and strangers at the marina near my grandmother’s house in Havana the first time I went. I was 19 at the time and just mesmerized by the smooth movements of the curvaceous girls and suave brothers. They were doing ruedas or a round, where a group of dancers form a circle and alternate partners when the head person calls the next move. It’s like synchronized swimming but with far more caché.  If you’re just watching, trust that you’ll want to join in the fun. And I did then, only I didn’t know how to dance!

See, I grew up in DC… and while I was raised in a super Cuban home, we just didn’t dance much. Not salsa or Cha Cha Cha (looooove this one) or any of our national dances. I danced in college, but that was hip-hop and urban, mixed with some classical and jazz. But I still wanted to really dance salsa. It was (is) in my blood. You hear those timbales going, and instantly you want to move!

I think I was most intrigued and fell in love with casino one summer night watching a classy and well-coiffed middle-aged couple dance traditional casino on the rooftop of the Hotel Inglaterra in Havana. She had on a lovely blue floor-length. off-the shoulder dress with a ruffled hem while he donned a starch white suite with a matching blue bow tie and white patent leather shoes. So Caribbean. So summer. So Cuban. So Latin.

I didn’t really start dancing until soon after college and even then it was very intermittent.

House pachangas were the time to get some dancing done! A house full of friends, lots of food, crazy good music, copious amounts of cafécito being passed around in pretty silver trays, and at least 8 rounds of playing dominoes. That’s a typical pachanga at our house: an unplanned — or super-loosely planned — house shindig.

A gathering of friends is the point but food is always the epicenter of these soirées. People always come hungry so we have to have plenty of food to dish out. Nothing over the top or fancy… just simple finger goods to nosh on. Slates of guava slices with queso crema; chorizo con crackers for swine lovers; some vinito. You know… pica, pica food. 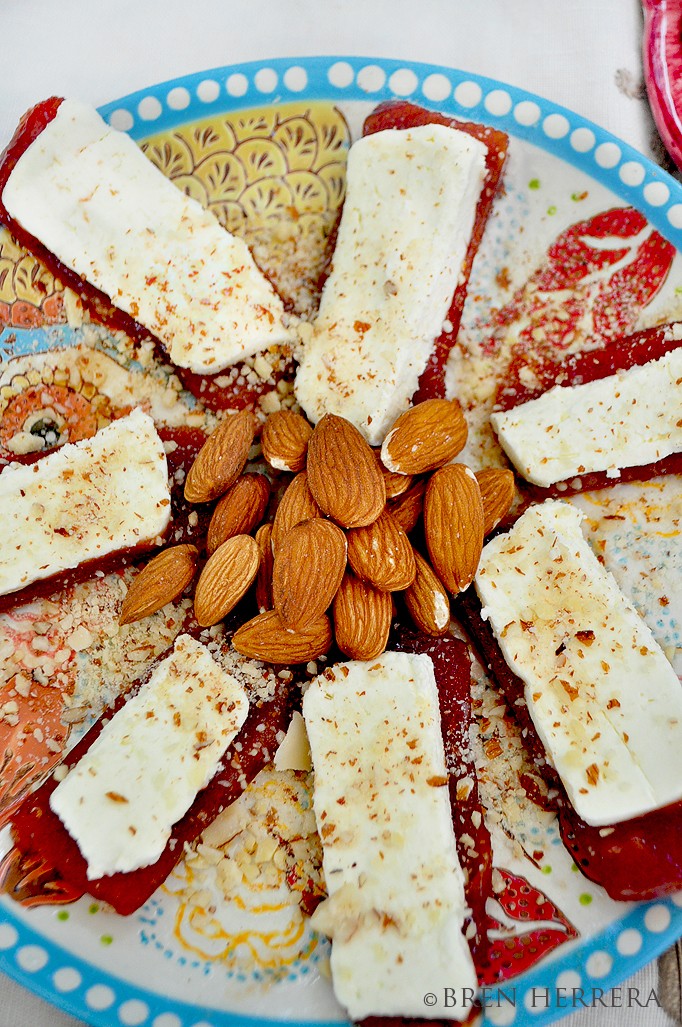 Here are a few of our friends from the Grammy-winning Buena Vista Social Club band, the night before one of their concerts in DC earlier this year. See, it was a last-minute pachanga replete with everything you’d want to have a good time. 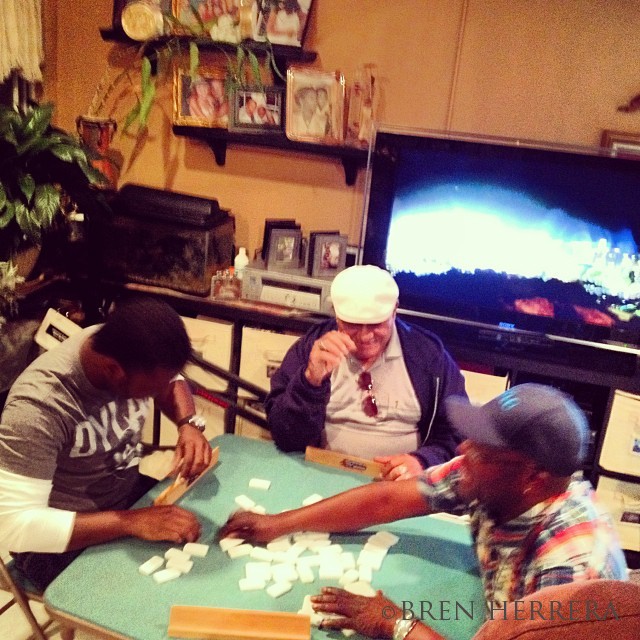 Pachanga is a genre of Cuban music established in 1959 at start of the Cuban Revolution. It’s said to be created by Eduardo Davidson, whose song “La Pachanga” has been adapted several times, including a German rendition. The style is mostly made up of son (Cuban), merengue (Dominican), and montuno (Cuban), three other Latin music genres. The combination of the three produce a high energy dance style characterized by leg extensions and fluid arm movements. Almost like a Charleston-type dance. I’ve seen my mom and late grandmother dance pachanga, but I’ve not ever tried it formally.

The term is now used in a more colloquial sense to refer to these informal house parties. It can extend to any gathering of the jovial kind, anywhere, at any time, where food and music are involved.

And while my knowledge and use of the word has never been associated with the dance, what I am working on is my salsa. Nothing major. Nothing for the ball room or Dancing With the Stars. I’m simply re-learning the core of my artistry (music) all for fun and to burn some calories! And to get my boogie on the weekends with the very, very few friends who do know how to dance.

Salsa dancing can be what you want it to be. Surely we’ve all enjoyed watching the pros do it on TV with perfect  timing and flawless hand gestures.. But that kind of dancing is too rigid and too formal for me. It’s more about impressing judges than having unscripted fun. And that’s what I love about street or casual salsa. It’s played, guaranteed, in any Latin home, all Latin parties and keeps the party going. The twists, the turns, the swaying hips, and innocently sensual encounter with your partner. The imperfect synchronicity. It’s awesome. A sheer feel-good activity!

So in honor of Hispanic Heritage Month … here’s one of my laid back, at-home practice sessions with our sweet, sweet friend, a true Cuban (whose story of how he arrived  in Cuba is absolutely mind-blowing and needs to be documented) who’s responsible for taking me out on the dance floor for the 1st time, some 15 years ago, on a yacht in Miami, no less. I mean, if you’re going to dance salsa, why not be in the right environment!

I’m rusty. Way rusty. But this guy, even with a fractured index finger on his main twirl hand,  has a belly full of complicated twists, turns, arm manipulations and other kinds of gestures I’m trying to workout… this is the best of the 4 rounds we did this past weekend. My goal is to put on some heels, a cute dress and really dance!

For now,  I don’t want to show you anything perfect because I’m not there, rather show you how fun it dancing at home, as if no one’s watching…. and in effort to get back into something that’s innately you, in your blood, in your spirit, and at the end of the day makes you laugh. Even with all my nuances and mistakes (exhibited by my “Ohhhh!” a few times over), I ended up laughing and experiencing true joi de vivre.

The essence of Cuban living! The heart and soul of our robust and diverse Hispanic culture and heritage. You know you want to learn! 🙂 Do it! It’ll give you life!

Enjoy! And host a pachanga at home!

*This is part of an annual Hispanic Heritage Month food & culture series, now in its 4th year. Catch up on this years and previous delicious features:

{ALL AROUND LATIN AMERICA} FOOD SERIES

How do you celebrate this culturally inspiring month?

11 months ago by Bren Herrera
﻿ COVID-19 and the 'Rona have officially taken over our lives as we know it and all our coins are going to the grocery stores! Social distancing and proper hand-washing is key to staying safe and also flattening the curve. We still have to go grocery shopping...

11 months ago by Candyce Graham
﻿﻿﻿ Short on Time! Try my at-home HIIT leg-blaster. These effective and engaging moves can be completed anywhere on the go.  Get lean and toned legs in time for the summer! Muscles Targeted: Hamstrings, Quads, Glutes, Abdominals Movements: Pop ...