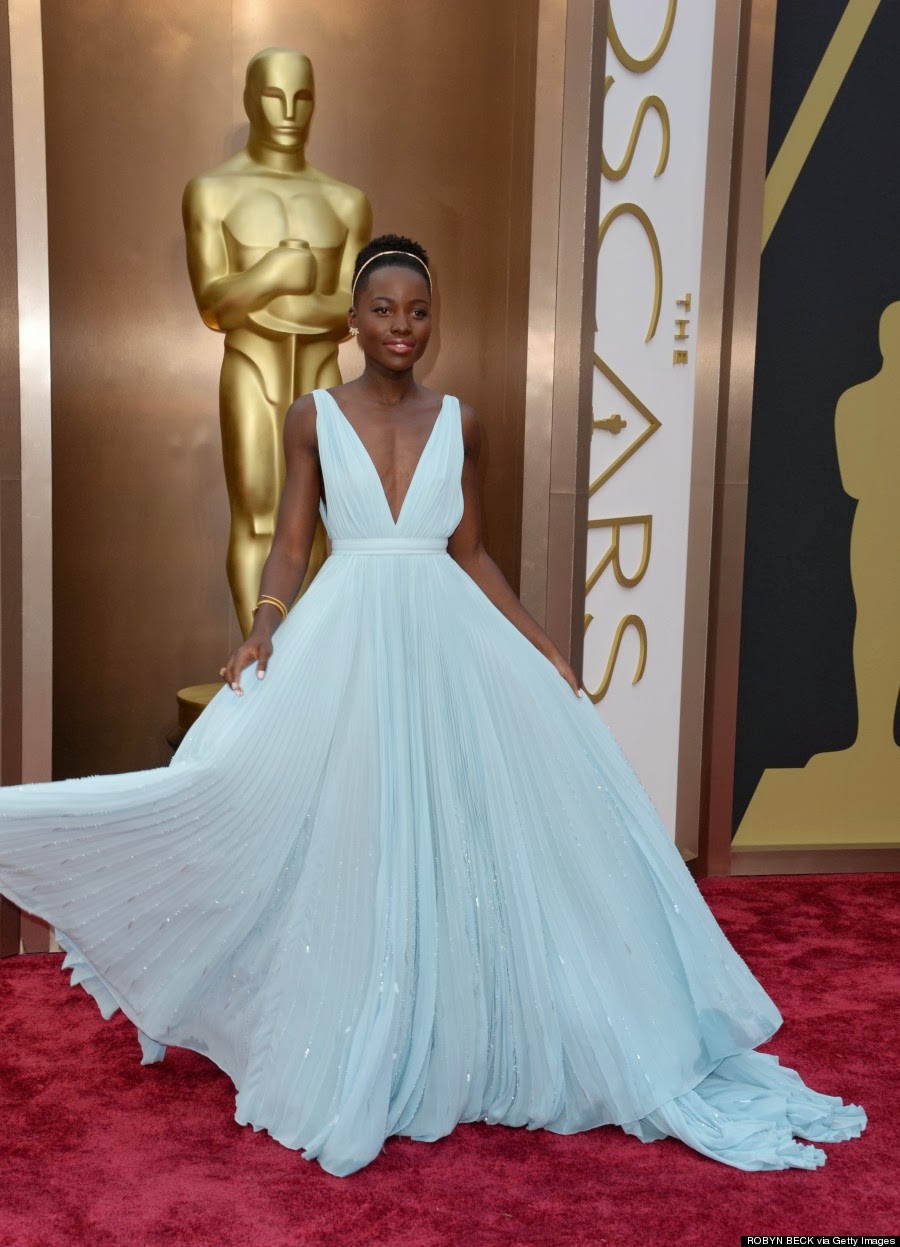 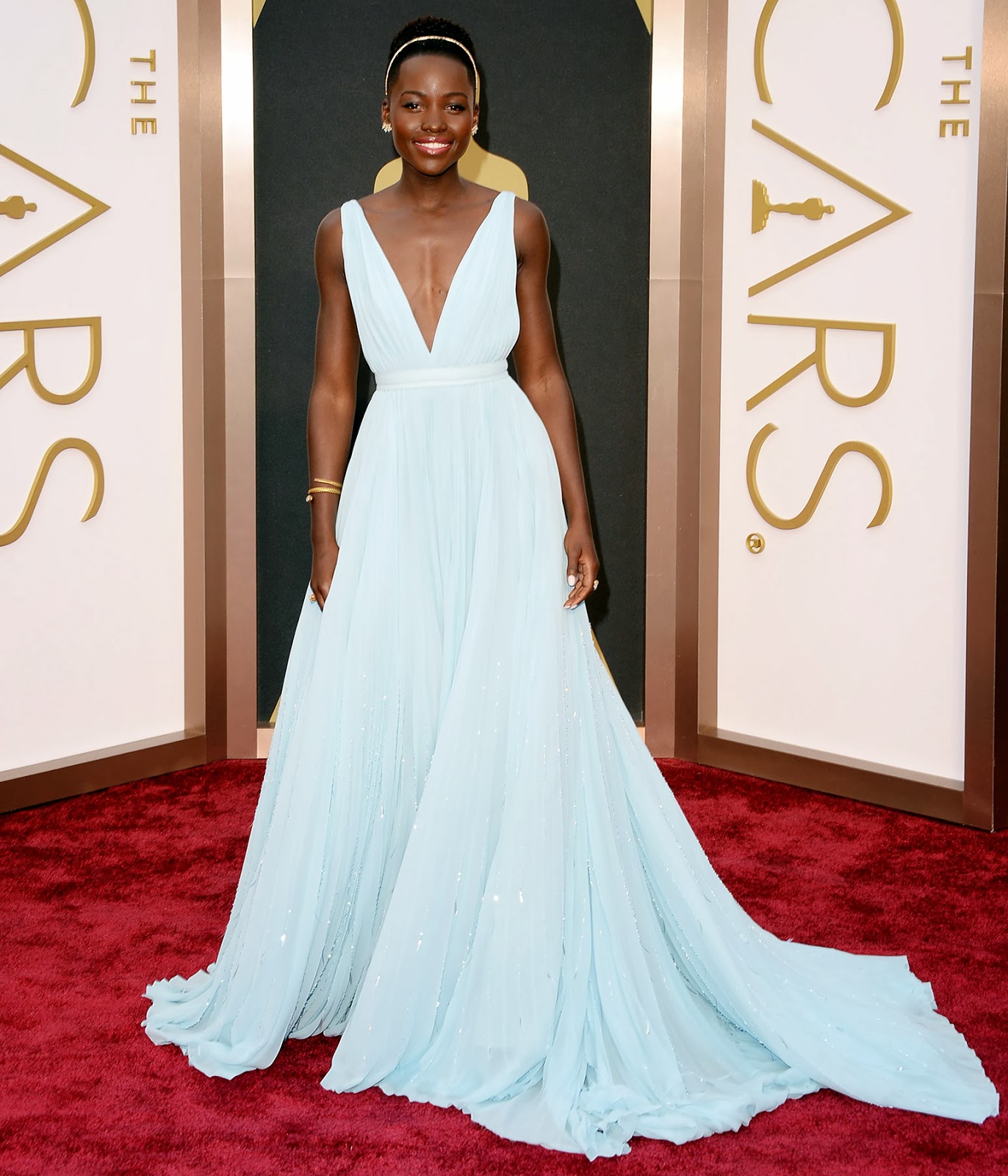 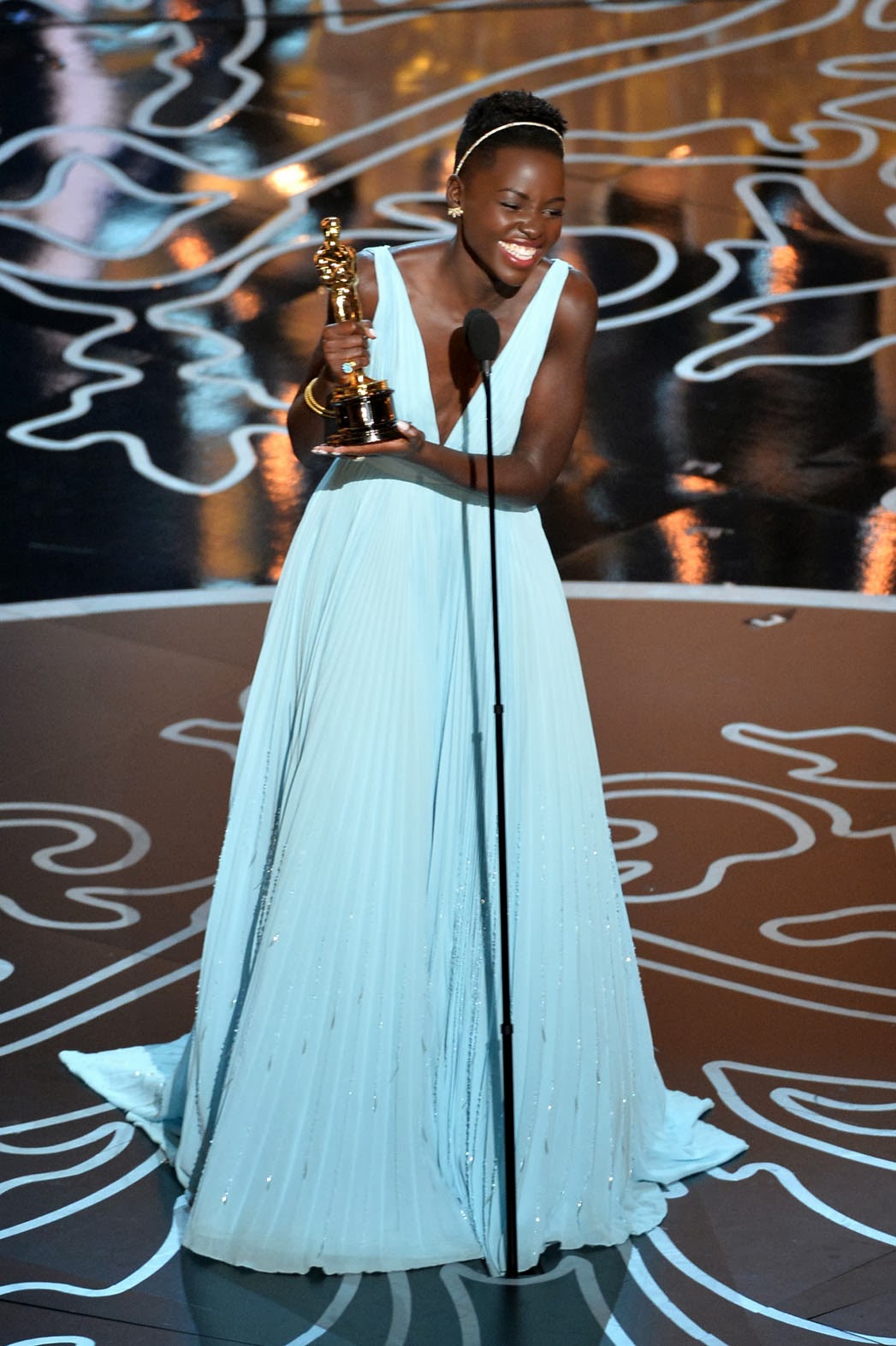 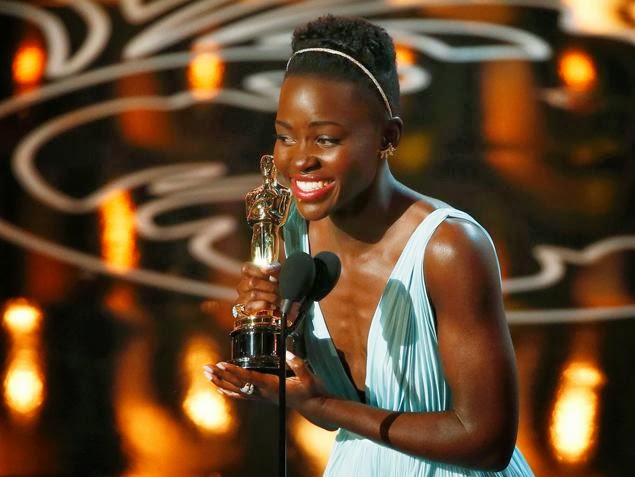 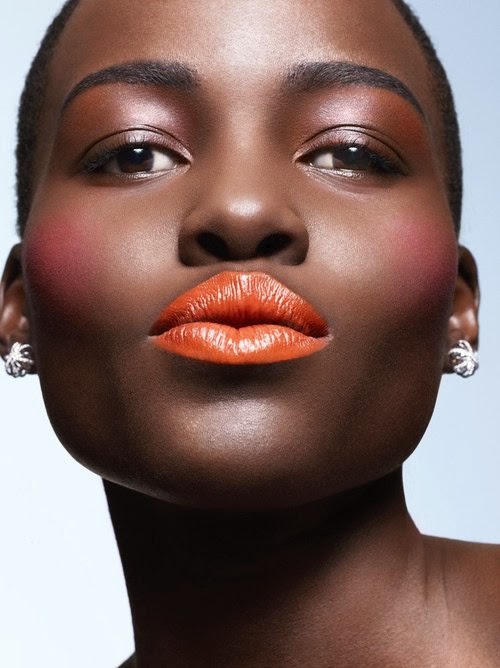 I wasn’t going to ride the borderline dried out wave of Lupita Nyong’o‘s splash. She’s everywhere. And so is her wardrobe. And her speeches. I’ve not read anything online but followed the images on nightly news recaps as soon as she won at the Golden Globes. She’s stunning, good God. Perfect cheekbone structure, petite frame, killer sculpted arms, and an infectious smile. But that was suffisant for me. That would be the reason for why it’s two days after her well-earned Oscar win on Sunday night and I’m only now penning my thoughts.

I didn’t want to be another blogger, brown girl, or social culturist dishing out my opinion of what her celebrity means to little girls. But the more I looked at her hair cut and swooned over her perfectly chosen Prada gown, the more I couldn’t ignore the importance of her aesthetic and articulate appearance in the internationally-hawked platform she is gracefully milking. Rightly so.

See because Lupita really is every girl’s woman.  I may break apart from my other brown and black sister’s opinion that she speaks and represents every little bright-eyed Black girl growing up with a talented spirit and big dream. And she is. I think that’s duly noted.  But she’s more than that. She’s every little girl’s role model, because no matter our race or ethnicity, we all have a dream. And God has truly gifted us each with a  talent.

There’ve been other woman, not just black or Latina, whose stories and journeys have resonated with me. But Lupita, particularly her role as the young servant, Patsey, in 12 Years a Slave, touched a very intimate, personal note I didn’t know could be struck.

But the strike didn’t come from the intensely talked about skin complexity or colorism angle from where many are positioned, as it were — being dark skinned. It’s a valid point, however. My connection is two fold: the lack of color in being black and the emotional and physical enslavement.

It’s quite obvious I’m not dark skinned, but what many don’t ever talk about or even suspect a sentiment to contend, is that the same “black” issues Lupita has admitted to having, light-skinned black girls and woman have — on the flip side.

I’m an Afro-Latina. And she could be considered one, too, having been born and partly raised in Mexico (hence her name).  I won’t define it for you. Look it up. But for me, growing up that meant chastizmemt in a different way. I wasn’t black enough. My hair wasn’t course enough — it was too “good.” I spoke a different (additional) language. Or I spoke too fast. I was judged by my complexion. I was that light skinned chick that wanted to be black. High school friends blurted hateful things about me because I permed my hair to kill my natural curl. Or talked behind my back because the black guys liked me equally. But my nose was too familiar.

In college I experienced that color identification from a more known perspective. At that point, the  classification of black people was general. Complexion didn’t matter. Black was black.  One classmate didn’t let me — the only non-white student — skim her notes from a missed class, and here I thought we were friendly, but her body language called her out.

I slowly started resigning to the idea of being ostracized for being black. But all of that took a reverse turn just a few years ago in Atlanta, the mecca of the south, when I was kicked out of “black” business event because I wasn’t black enough. I was literally escorted out and my blackness was questioned, as it was an event “for black people, by black people.” Sadly for me, I entertained the foolishness and explained how my grandfather is Jamaican and my grandmother a black Cuban with a big booty and kinky hair.

As I got older, I fully understood the misplaced personification of a being a black girl with profound talent and a wild dream. I worked in big law firms with older white male lawyers who didn’t think it possible a trilingual brown girl went to UVA. Or that I was classically trained on the cello. Or that I was in love with English literature (yes, as in Tennyson and Austen). Or that I had already been to five countries (non-Caribbean) on vacation by 21. It was unfathomable for a black girl. There was no way I could have dreams of being a lawyer. That “nigger woman” dressed in a business suit starting her day drafting a deposition was too unlikely to meander successfully at a mostly white lawyer-laced cocktail party.

But my dreams got bigger and bolder as I realized how my blackness, my multilingualism, and education was mystified by my counter peers. And as I started realizing I was just as smart and able as my non-black or non-Hispanic friends and colleagues. And as I appreciated the stories my parents continued to tell, I knew I had every chance and right to clutch my dreams.

I come from once very poor parents. I was born in a room in Havana that my parents shared with my grandparents. Four adults and three kids. Not a NY studio-sized apartment. A room. Until my parents left Cuba fleeing communism, we lived in that room, staring at pale yellow walls caving in with reminders of mental oppression. Poor and destitute. They were controlled by the state and ate what the government told them what they could eat. My baby status afforded us a half pound of beef and one gallon of milk per month, which stopped when I turned 1. My dad hustled icky soap on the streets to get additional food. My mom dropped out of school to take care of my dad and then 1 year old brother. But my parents had wild dreams of living in America and offering us, eventually 5 children, a better life.

…no matter where you’re from your dreams are valid. –Lupita Nyong’o

I look at my life now and am growingly amazed and replete with gratitude for the woman I am. From a short, über-polite and proper little girl in Miami, head full of wavy curls, to a nerdy, lanky, and afro-rocking preteen, and popular but not-so-hip teenager in high school, to an assertive and unapologetic entrepreneur, I’ve always been very clear on having a dream. On being talented and using that talent to achieve my dream.

Lupita’s success and presence is my success and presence. I’ve finally started to see the glory behind that dream. There’s still lots to peel back, but I’ve used every bit of my imperfectly perfect background, thrice culturally, racially, and economically, to my benefit and drive. There’s nothing about my story that dims my right to dream or my aptitude to position myself to achieve those dreams; because they’re still growing bigger and bolder. And my blackness or lack thereof has nothing to do with it.

And I’m a woman living her dream. But, I’m wearing a navy blue dress.

37 thoughts on “Lupita Nyong’o’: Black Girl in a Blue Dress”