My I Can't Believe It's Not Butter Commercial Won & Aired On American Idol! 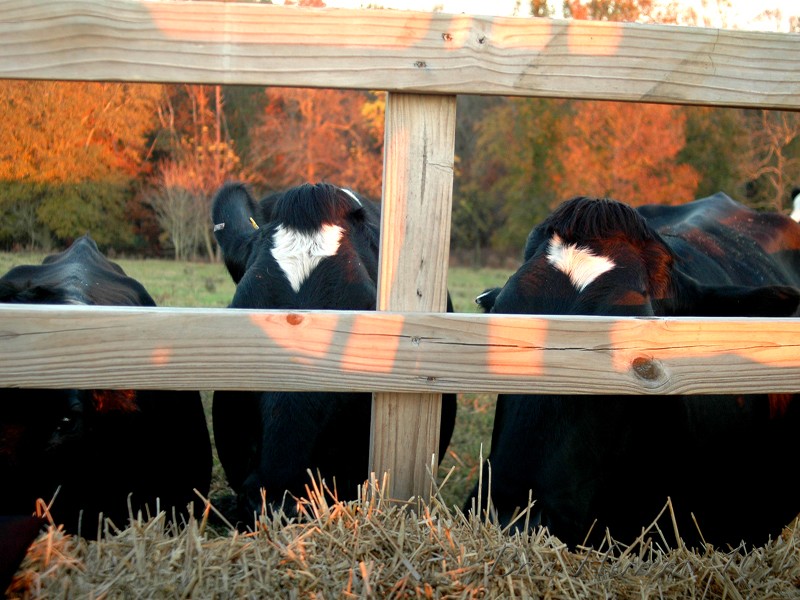 HOLY COW! Did you watch the season premiere of American Idol on Tuesday night?!?! If so, then you know that at 9:38 pm EST, the “I Can’t Believe It’s Not Butter” commercial aired,  announcing the blogger commercial contest winners, and I was in IT! I had NO idea I’d actually been chosen for the on-air 60 second spot! Of 30 people that were invited to participate in shooting an original Turn the Tub Around commercial, 15 made it to the finals and ultimately 8 won, which made it on-air during the US’s most watched reality show.

A whopping 30 million viewers on Tuesday night, to be exact.

I hosted a viewing party at STATS, a cool sports bar/lounge downtown and we all sat in happy anticipation of the winning commercials. If you know me personally, you know I went OFF when I saw my blue shirt while spinning on the 1’s and 2’s! The yelling ensued, while the rest of the restaurant patrons wondered what the hell 20 people were yelling about! I really couldn’t believe it!

And then we continued to laugh at the people auditioning! Cuz that’s really the only reason to even watch American Idol. Paula’s emotional imbalance and Simon’s white shirt are so passé, it’s almost unbearable to watch. Oh wait, she and her annoyance are gone!

So now that it’s out and aired and all over the Web, I can share my  entire commercial with you and more behind the scenes pics! In the last post, I omitted to publish certain pictures because it would have given the concept away. I won’t go into too much detail, as I think the pictures speak for themselves.

Let’s just say that with 1 days notice, I found a farm, gathered everyone and drove an hour East of Atlanta to this farm with 200 cows! 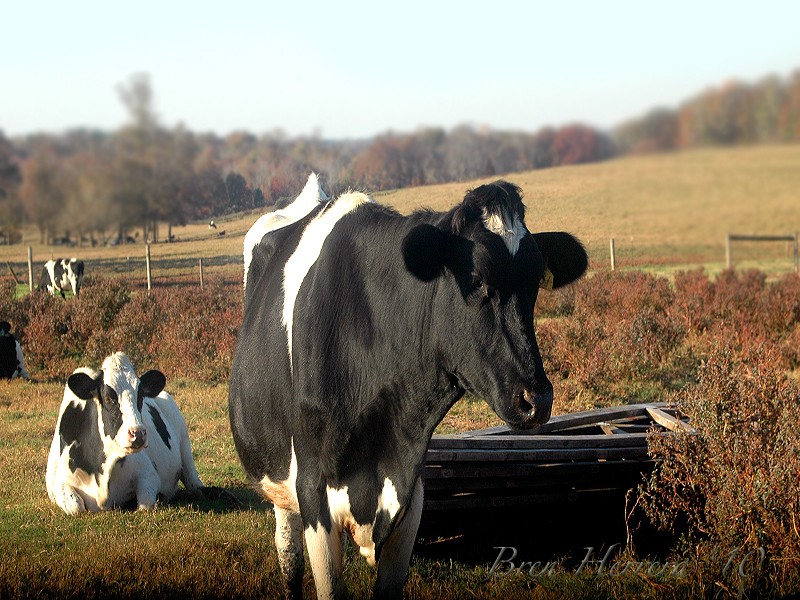 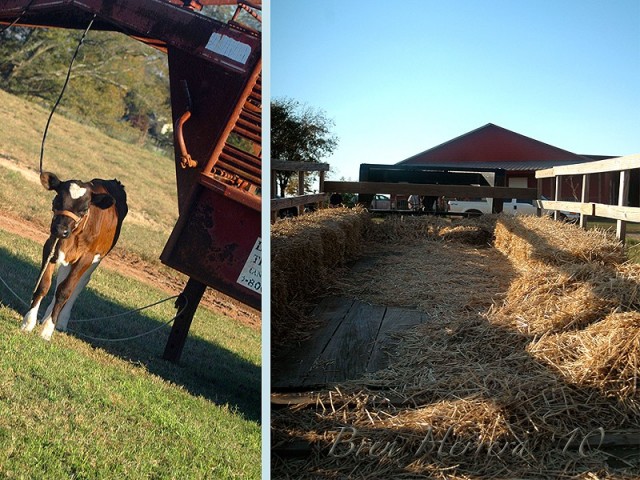 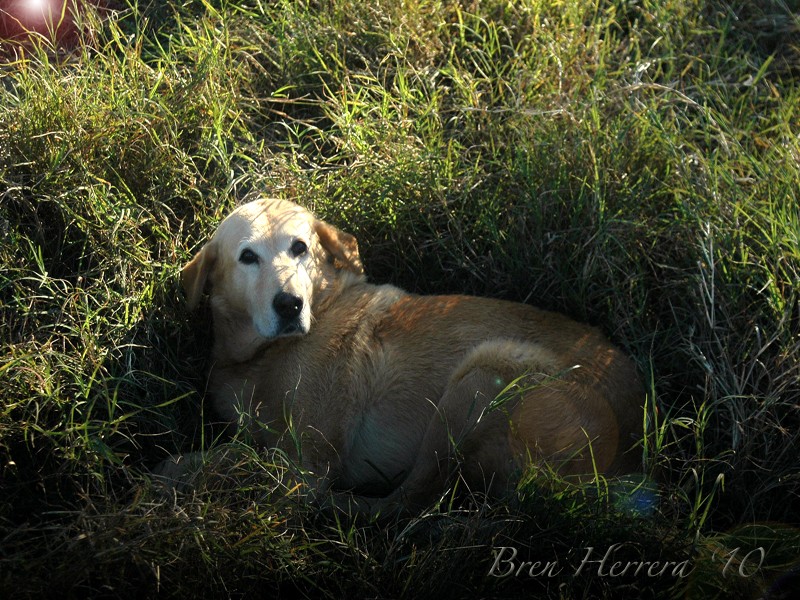 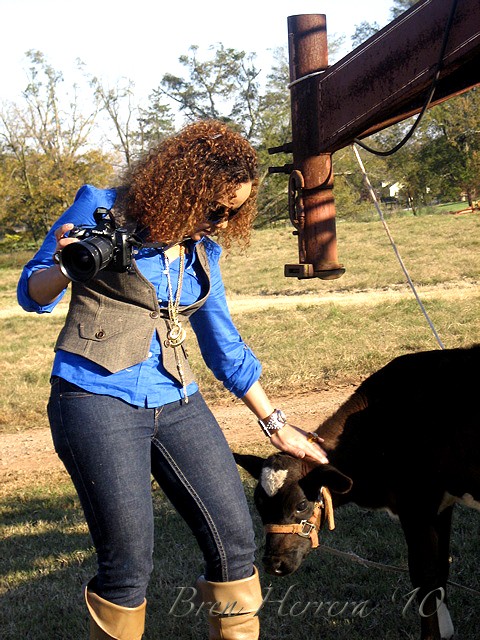 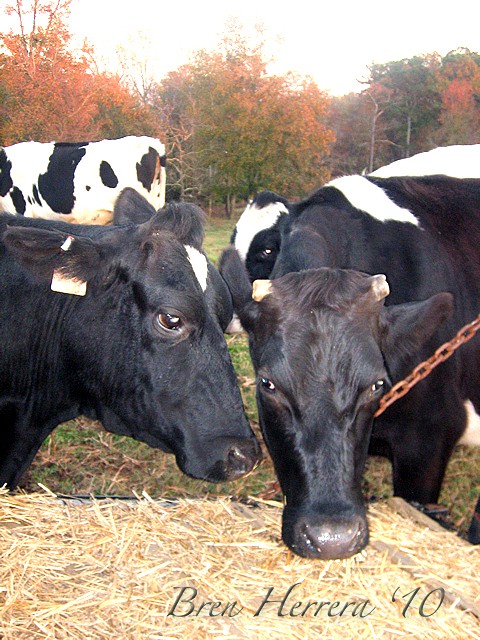 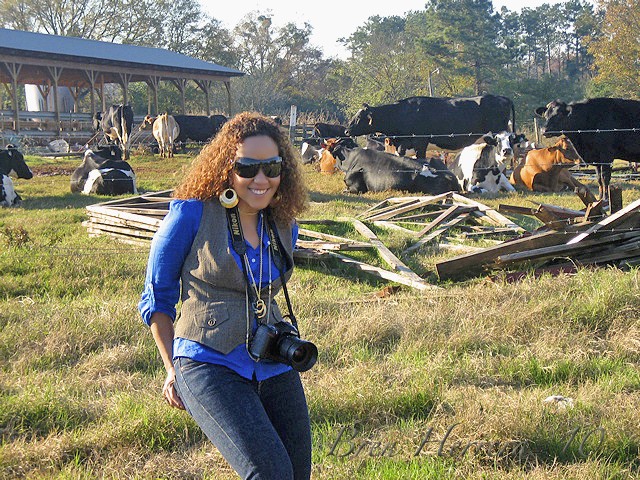 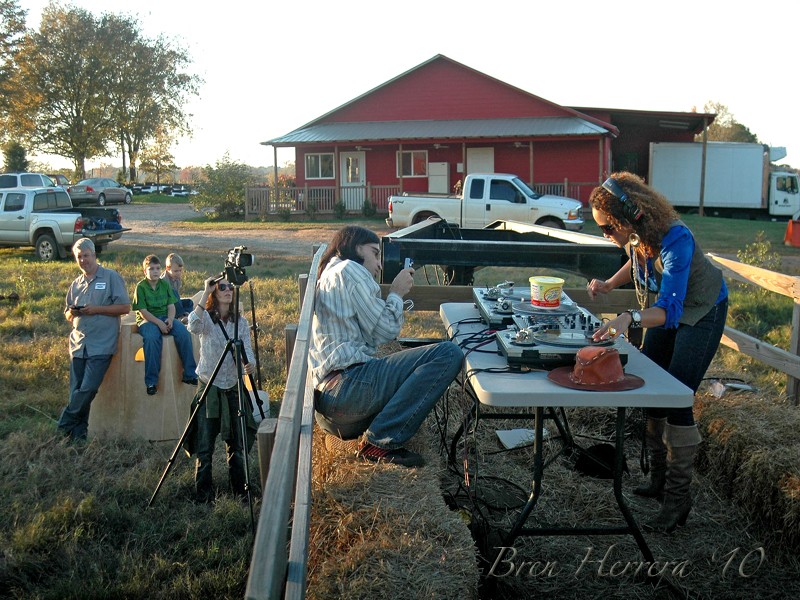 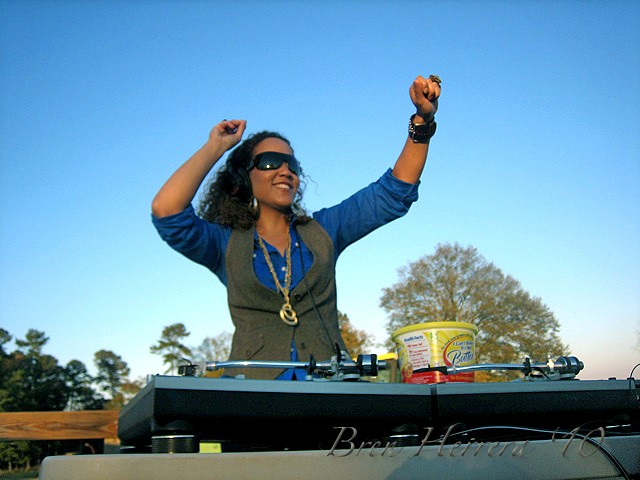 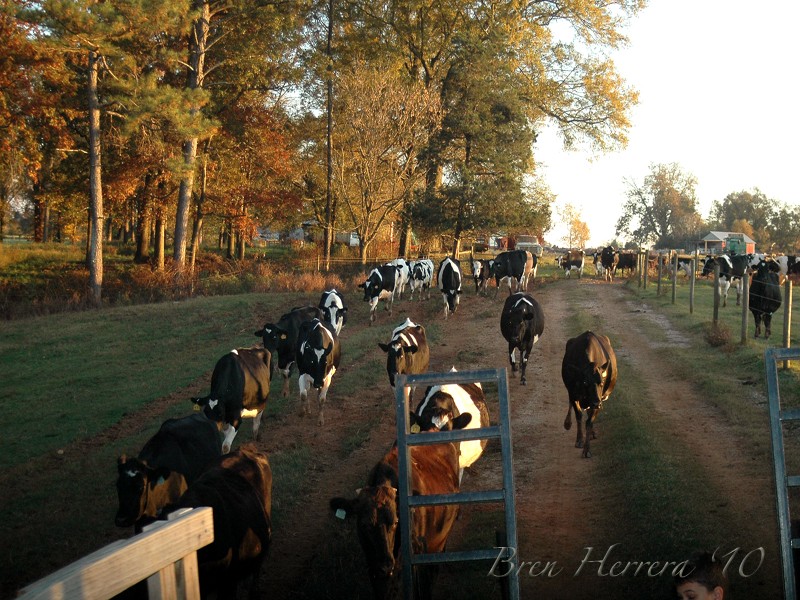 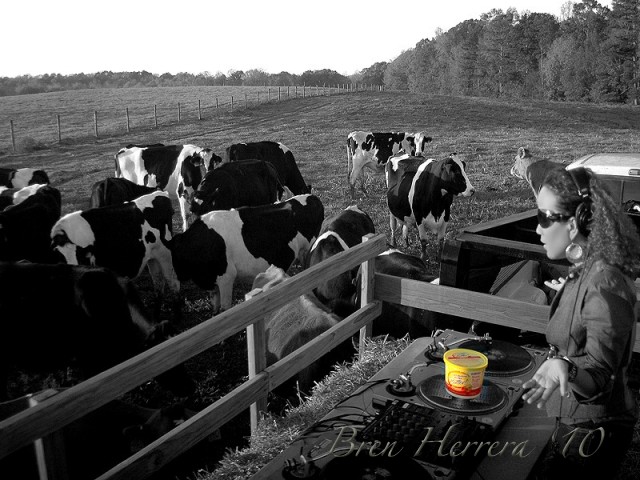 (asking the cows what they think about the new product. Hilarious! They were soooo loud!) 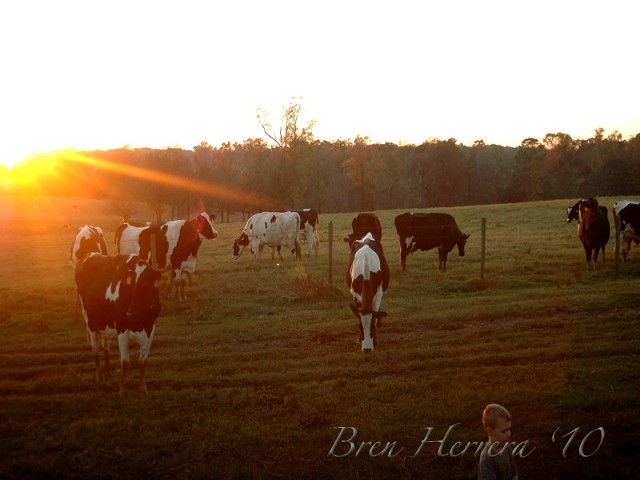 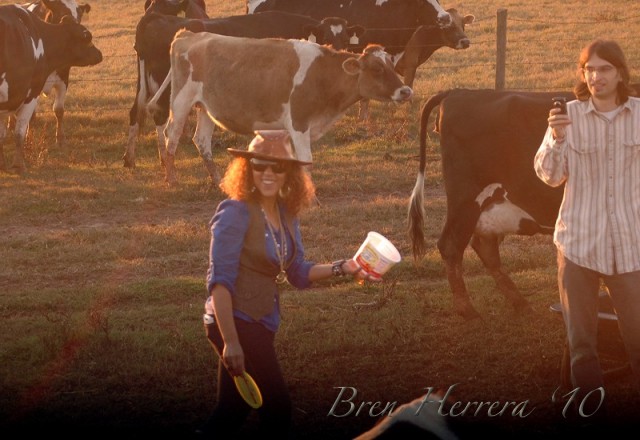 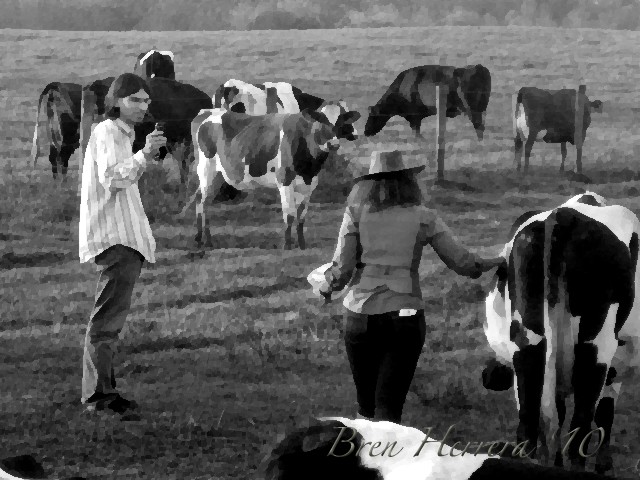 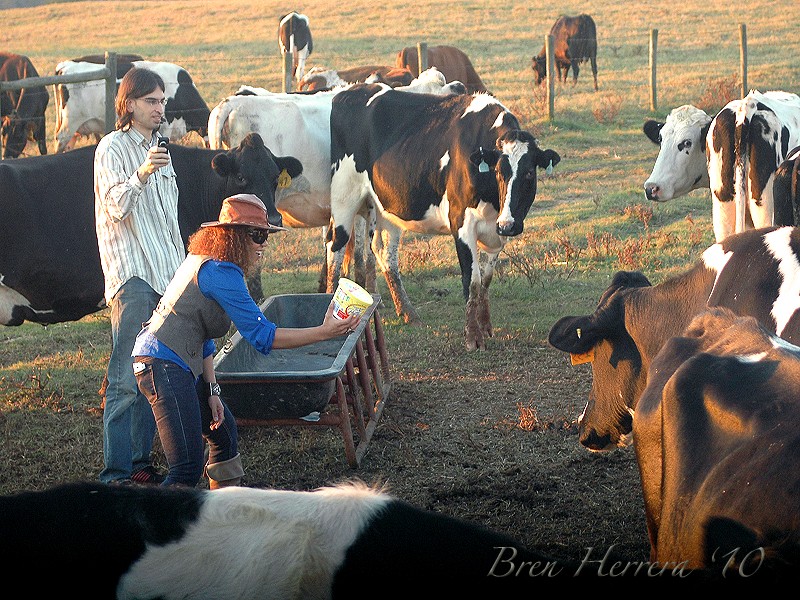 So after all that, and tons of foul cow dung plastered on my boots, here’s what aired on American Idol. And a montage of all 8 was a huge surprise. I thought 3 people were getting their own spots! But you know how showbiz is: Click a heel, and it’s another story! I would have liked to see my cows in the spot; after all they acted so well!

Here’s my full length commercial, which I put on my YouTube channel, but you can also see under FE TV, here on the blog.

SO, WHAT DO YOU THINK? A WINNER?

Here’s the deal! ICBINB is hosting a 2nd contest for you site visitors! The on-line sweepstakes “Watch, Vote and Win” allows you to vote on your fave commerical between now and April 30th!  YOU, are eligible to win prizes everyday, including a grand prize trip to Hollywood to meet Megan Mullaly, get a glam make-over, dinner and theater tix. My commercial is up for voting during weeks 3 and 10. Make sure to visit the Turn the Tub Around site to see all 15 finalists! Spread the word. Let’s go VIRAL! Tweet, Facebook, watch on Youtube, snail-mailers, lipstick mirror messages, text messages and “BTW” on every email you send!

WARNING: some are hilariously stupid and others are just outright blah. Hell, you may think mine is, too! Ha. Either way, congrats to all the winners!

Let’s see where this takes me next!

I’d be so mean if I didn’t thank my creative partner, Drew, for helping me come up with the concept, Karmalized Pictures for shooting and editing the commercial, DJ Rev Lee for providing all the DJ’ing equipment, Soulcity studios for studio time to record and mix my vocals (which was a mess w/out rehearsing), and last but not least the generous farmer Russell Johnston Johnston Dairy Farms for lending us his farm, 200 moo’ing cows and some awesome fresh milk! Update: how could I forget to thank Vanessa from Cartoon Network, for providing the cow’s voice-over at the end of my spot. “Really, I Can’t Believe it’s Not Butter!”–thanks, girl!

This was all so much fun, I can’t even tell you.  Thanks ICBINB for finding me and inviting me to do this! You know, feel free to call me next time you need a marketing idea. I think I got it!

Now on to recipes! Well, until it’s time to remind you to vote for my commercial!

PSA: no cows were hurt, injured, mistreated or tipped over while shooting!

52 thoughts on “My I Can't Believe It's Not Butter Commercial Won & Aired On American Idol!”