Next to Saturday’s (because I observe Sabbath and take the lovely pleasure of not working for 24 hours, replete with rest and refocusing my energy), Friday’s are quickly inching up to the day I wake up with an intense level of positive anxiety. It’s happened over the last 18 months while the genesis and growth of #FlanFridays has seen amazing popularity. Mostly because of the insanely delicious and over-top flavor combo’s I’ve mustered.

Some have been inspired by sights, friends, conversations, dinners or just kitchen counter whimsy. Today’s however, is a mire poix of sorts, for lack of a better word, really. I put an open call for suggestions on Twitter and Facebook for hoy dia’s flavor and got a great mix of savory, caramel alterations and odd sweet  pairing options. Of all that tickled me, my friend Nadia’s New Orleans recommendation, though very open-ended, sounded most enticing. Immediately, I thought of the famous beignets, which we happen to have version of as well.

And it kicks good boo-tay. 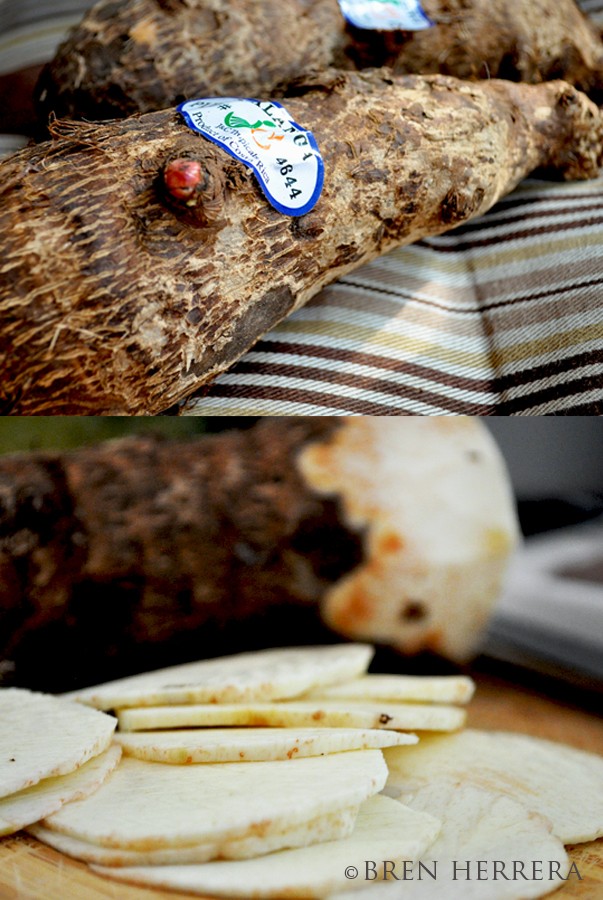 Our  variety, called buñuelos, is a great mash up of root vegetables, mostly yucca and malanga or  taro root (wildly popular these days in sweets), which is sexified into an 8 shaped doughnut like treat, saturated in a bath in a almibar. The drippings leave you drooling with no regard for the potential obscene image you could portray when your tongue hangs out in anticipation of catching a few drops.

Such a sexy image.

That’s about as inevitable as much as my next shoe purchase, so no real need to indulge or discuss in detail. It’s just going to happen. So, for now, take a peak at the filling buñuelo recipe and get back to me if you reacted any differently than I suggested.

For this purpose, I thought about my friend’s idea in a more indirect way. I knew the custard was going to be similarly flavored  and textured to the buñuelos, but I paused to think of  New Orleans’ other elements — ones that make that city  überly famous — mostly for it’s musical dent in our cultural fabric and naturally for its culinary influence, particularly throughout the South. How could I infuse a bit of the music into my flan? After all, before food and fashion, music was my sole artistic skill and practice.

The only thing that came to mind was admittedly a cop out. I thought of my special moment cooking with Emeril Lagasse back in 2008. As we had our makeup touched up and got a pep talk by the producer’s, we went off into a sidebar conversation about the French language and our mutual interest and knowledge of music. He told me he gave up a full music scholarship to Juliard (I believe, but don’t quote me) to study culinary arts. Still, he had a deep affection and connection to it, as seen on his live show.

His instrument of choice: the drums. A rhythm man! 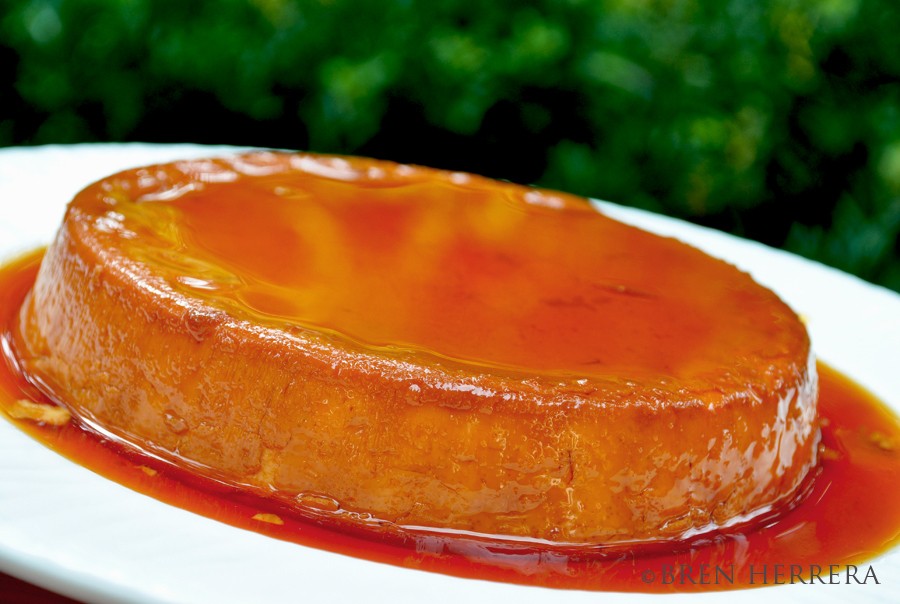 To parallel a snap movement like the down beat of a drum stick, I thought of crispy and crunchy sounds. The natural addition would be baked taro chips to compliment the flan. More for garnish, but still yummy and edible and crunchy!

I love it when things work out for me without hours of study and trial. I thinly sliced up some fresh malanga, sprinkled them with a mix of sea salt and sugar and baked them ’til they were crispy. I didn’t get the thinness I really wanted so I’ll pull out the Mandolin next time. Gah. I hate giving in to that smart thing.

The whole experience stirred conversation in my parent’s kitchen, as per usual, mostly from Papi who still thinks I’m pushing the culinary envelope with all of these creations. But I was happy and that’s what matters, I think. It was delicious, had tremendous and appropriate consistency and the taro chips added a bit of pizzaz to a flan that could have been overlooked by someone wanting beignets!

I love finding inspiration in social conversations. It reminds me of the beauty of being an artist. We have to be open-minded in order to create beautiful work. Life would be so boring otherwise!

And I’m not about that!

(please email me  bren {at} flanboyanteats {dot} com for the recipe)