Only One Time Square. Only One Broadway. {And a Saks 5th Ave Vid} 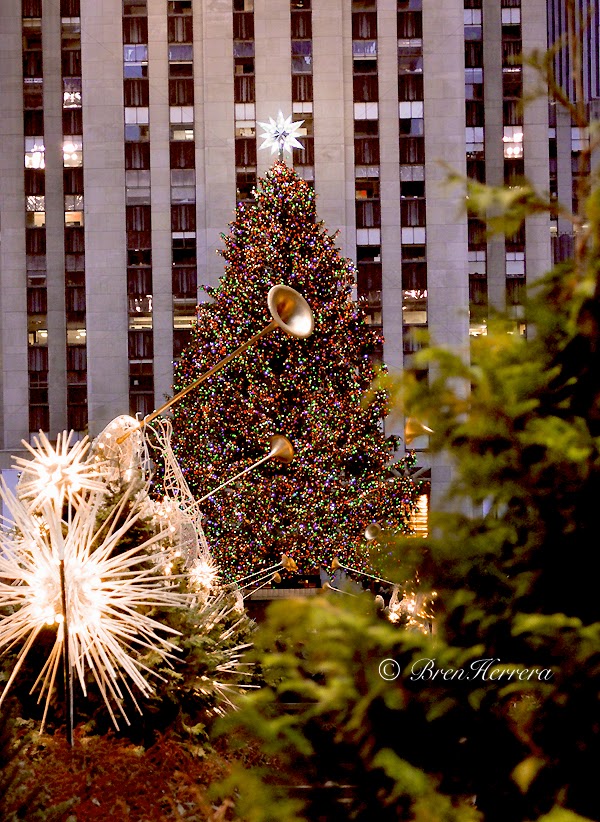 *I originally published this on January 9, 2011 in a super dormant blog bearing my name, right after Christmas, 2010, exactly 3 years ago.  I decided to share it here since I no longer keep that blog and this was such a fun post. Not to mention it’s that time of the year again. And I’m so wishing I were in NY right now.  And not much has changed in the way of my thoughts. Enjoy!*

After a few months of being inexcusably dormant, I wish you a Happy New Year! I have made a vow to bless this space at least once a week. Between my food blog (which pays the bills) my fashion blog (which keeps me sane) and this one (what started it all), I’m finding excitement in finding my jovial voice again.

New York is that one place in the world where all cultures, ethnicities and religions converge. Ask anyone for any cuisine and you’re bound to be directed to a fabulously delicious spot. Looking for a mosque, a cathedral or a synagogue? Walk a few blocks in any direction and go pray. It’s the mecca of art, fashion, food, finance and travel. If you’ve not been to New York, then you’ve not seen the world.

I’m speaking of Manhattan, specifically. It’s the dirtiest yet fanciest place in the globe–proverbially speaking, that is. Beauty is no doubt in the eye of the beholder, but when you consider that you can be entertained on every corner and learn useful and poignant bits of information every day by simply entering a bodega or speaking to a talented homeless, how can that not be classified as a beautiful place!

Last weekend, right after Christmas, my parents and sis drove from DC to see the tree at 30 Rock and be amused by all the pedestrian traffic. Somehow the mess works. Somehow the mass of people doesn’t get in your way and you continue to trek as you find your way to your next haute spot. We had 8 hours to blow. In NY time, that’s about an hour.

We started in the East Village. This is when my iPhone comes in sooo handy. Scoutmob led us to a highly-rated Sicilian joint, nestled in the middle of a brown-from-NYE-guck street. The place was fantastic and so I’ll give it a formidable review on my food blog.

After a quick tryst with a close friend from Atlanta who just happened to be in the city, we made our way to Times Square. That place never ceases to amaze me. It’s madness. Utter madness. It’s so overwhelming to the point of hysteria. The tourists can be so damn annoying, but I suppose we were too for the day. Dad walks in a circle and screams “I LOVE NEW YORK!” Really, dad? Really? I wasn’t too far off.  As if I’d never been before, I stood right smack in the middle of the main intersection and just stared at all the blaring lights. Then we got giddy and watched ourselves in front of the colossal camera above Forever 21. That was silly, but totally apropos.

This is the type of behavior the city extracts from even the most of coy person. It’s that ish in the air that grips your reasoning and causes you to lose all inhibitions.

We continued up one of the theater district streets and contemplated purchasing tickets right then and there for an 8 pm show. Unbeknownst to my parents, sis and I had gifted them tickets to Driving Miss Daisy for yesterday’s show. So we played it off and kept it movin’.  You know, I’ve only been to a broadway show once–The Lion King–and it was all it was cracked up to be. Now I just need to find a way to make it to Mama Mia. And Les Misérables. And Rent. And Driving Miss Daisy, of course.

I will become a theatre fiend. A connoisseur and a well-spoken bougie attendee. I see myself falling into that lifestyle. You know, the skinny black cigarette, the sexy French martini and a fabulous pair of Louboutins.

Yes. Clearly in my foreseeable future.

Pictures, cheap-o but fabulous bookstore gem of a  find, caricature of my mom and a slight drizzle later, we ended up at Rockefeller.

Yes, we were complete tourists–again– but the flashing lights and fighting for a posing spot was worth watching the annual snowflake light show Saks Fifth Avenue does. We anxiously waited 30 minutes. In the rain. For this: 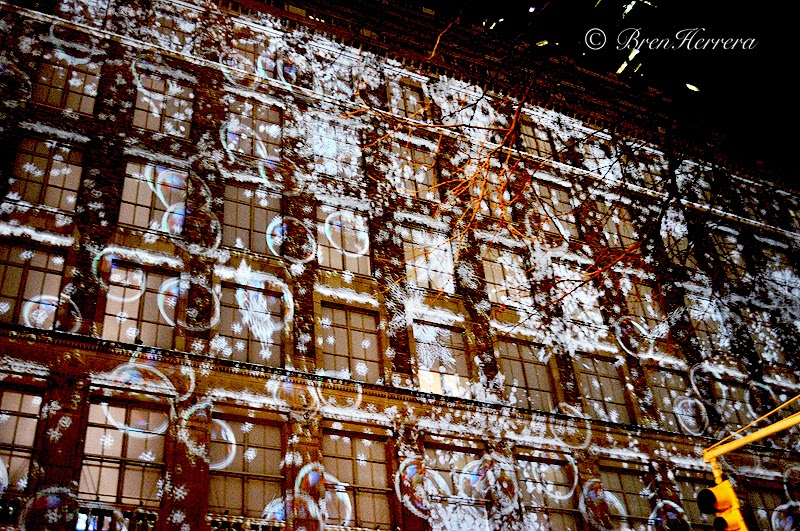 Not as great as years past, but definitely creative. Ultimately, sis and I agreed that if it ain’t broke, don’t fix it. Some things just don’t need alterations. I loved the bubble effect, but the absent Carol of the Bells took away from the otherwise lovely show.

The drive back to DC was priceless. It was cold and wet; some traffic due to serious rubber-neckers meddling in an accident happening in the opposite direction of the Jersey Turnpike; and mom and dad singing songs from their early courtship in Cuba–singing, laughing, and reminiscing.

I tried to sleep. Walking in 5.5″ shoes will wear you out.

They went to the show last night and called promptly at 9:30 to report it was stellar. Now it’s our turn. I’m thinking I’ll have to sell a pair or two of my less-favorite shoes to experience Broadway the way I know how.

I have a sweet life.