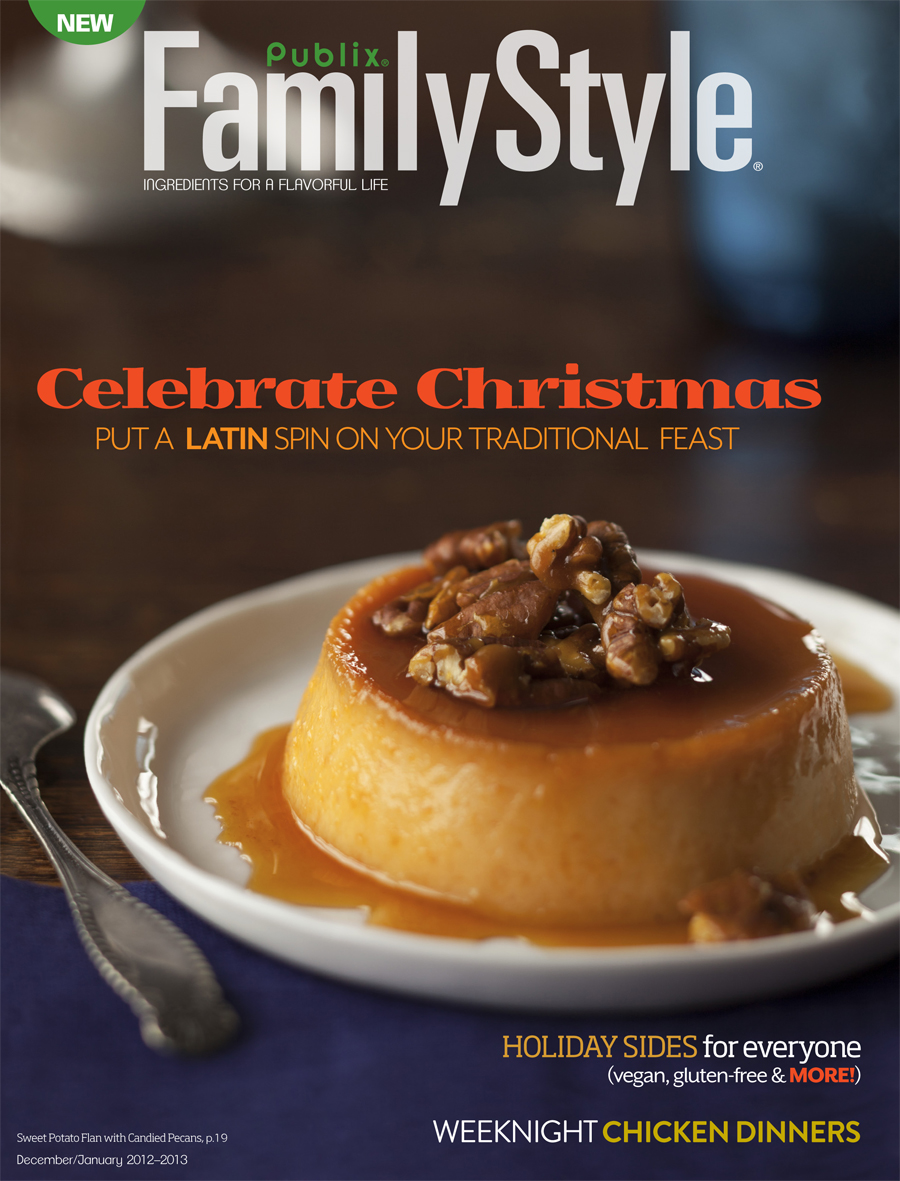 Happy fourth day of Christmas, my friends!! Hopefully you’ve had  an amazing holiday and Santa brought you everything you wanted! While this season has been fabulous and full of blessings in every way possible, one particular timely gift was more exciting than anything else and one that I’ve been able share with just about 1 million people, literally.

It started out as a gift of Twitter presence earlier this year. Doesn’t seem like anything to get excited about if you consider that everything we do  these days and one of the main news sources is shared on that Tweetie bird platform. But when the things we share on there translate into work, it becomes more than just a talking egghead; more like a very important element of my daily work.

One my top three gigs this year came from Twitter. It all happened so fast, too. I spent one week developing six recipes for Meredith publishing this past summer. We all know Meredith publishing, right?! The big media company that publishes swanky lifestyle magazines like EveryDay Rachel Ray, Better Homes, Parents, Simple Mujer, and other mags we’re familiar with. Well, a fellow food and fitness blogger whom I my met three years ago on a press trip, and have not talked to since,  saw a tweet from Meredith where they were looking for a Latina chef based in the south. The blogger, also Latina, responded to Meredith’s tweet and tagged me saying, “Bren is the person you need to talk to!”

Lesson in that: someone is always watching. Always. I recently had that conversation with a few online friends. This was a testament to that axiom. Actually, 1 of 4 pivotal “I’m watching you” moments.

In no less than 12 hours an editor there and I were having en email conversation about their new magazine ‘FamilyStyle’ which is a Publix grocery store print pub. The magazine had previously run but they were relaunching with a new approach: New style, vibe, and all-around new look, replete with lovely recipes, tips, gadget recs, etc… Their second issue, December/January, was going to feature Christmas recipes with a Latin twist based on Southern cuisine. 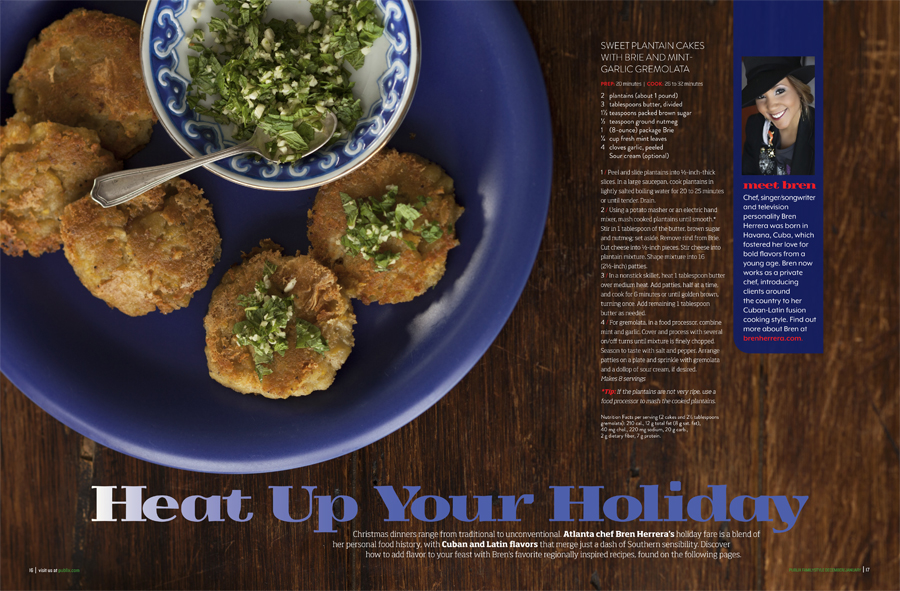 Got the gig, was told I had four days to develop the recipes and the rest turned into a waiting game!

The equally fun part of all this is my true bias toward Publix. I became good friends and made some fans at my local Publix in Atlanta. I mean come on, they bake fresh Cuban bread every morning! ¡Qué cos a mas buena! Nostalgically, Publix, or “Publee” as Cubans say in Miami, is the only American mercado where we shopped shortly after arriving from Cuba. We still have a set of s/s flatware Mami bought there in 1981. Yes. We really do still have it. So, while there’s no Publix in DC, it’s definitely played a big role in our kitchens.

Sometime in mid-September I got a tweet with a teasing picture of the flan recipe I submitted. I got really excited and vaguely shared the project I was working on with my FB friends and a teaser post here. And, all I knew from the editor was that the testing kitchen and tasting panel really enjoyed the flan.

I heard nothing else until the very end of November when the art department emailed letting me know the magazine was on its way to 800,000 homes and 1,200 Publix stores in the Southeast region.

You know I’ve since moved from Atlanta full-time, so I wasn’t able to see the magazine for myself as soon as it hit. I called on my squad in Atlanta and asked them to scoop up a couple of copies from their local stores. I had them send pictures, too. The response from my FB friends was overwhelming… another fantastic tool for my biz.

To start, I had no idea the sweet potato and candied pecan flan would actually grace the cover! And, didn’t realize how beautiful the centerfold would be.

I have 4 hard copies (following picture) now and just  can’t stop flipping through it. This chica here is stoked. It’s one thing to do live segments on CNN and the likes. Love them lots, actually — most fun part of my job. But it’s a bit different to see your work in full color, nicely plated and in many, many hands. 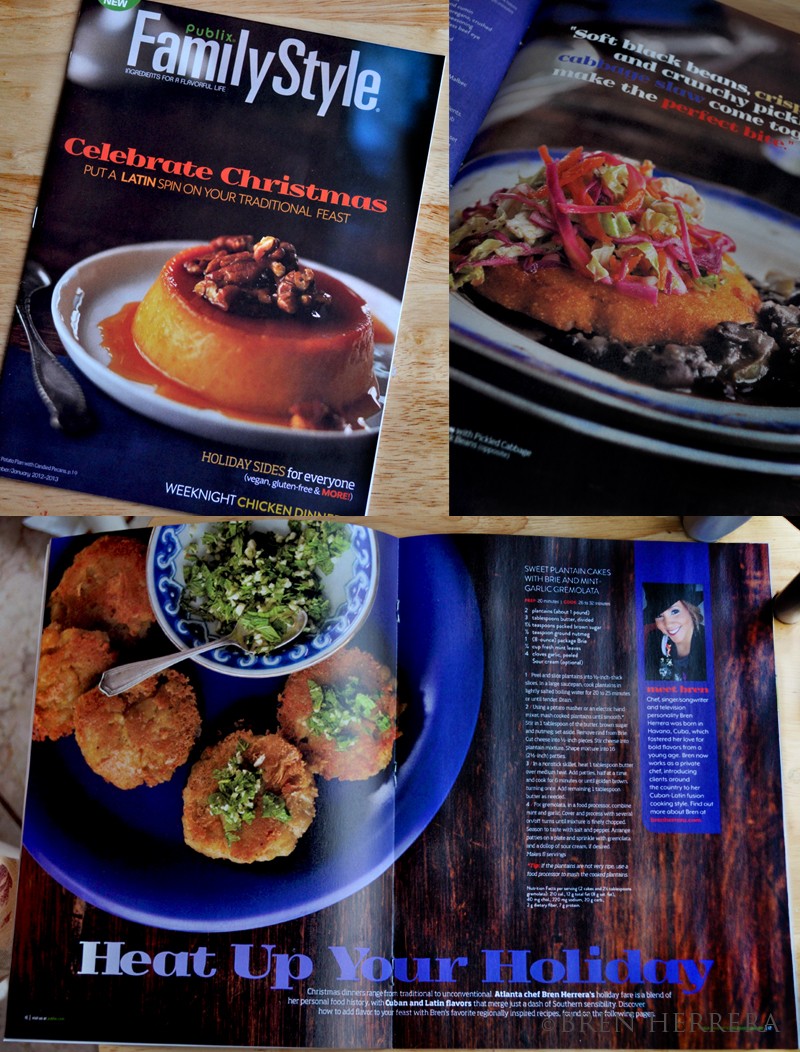 I’m so utterly pleased and  thankful for the opp to share my food with an insane amount of  people that have diverse palates and are eager to explore different foods. Obviously, the recipes I made had traditional Latin qualities, others were fusion and others meshed techniques and ingredients popular in the south.

It’s amazing how things work out. I would have never given Twitter (when I signed up in 2009 and actually started using it in 2010) that much cred for the impact on the growth of my career. I do pimp it, but having the chance to be “the face of the issue” is just entirely too fun and a humbling experience.

Here you are my friends. The full spread for you to enjoy if you’re not close enough to Publix to grab it for yourself. I hope you love it as much as I do, and that you’ll actually try some of the recipes!! 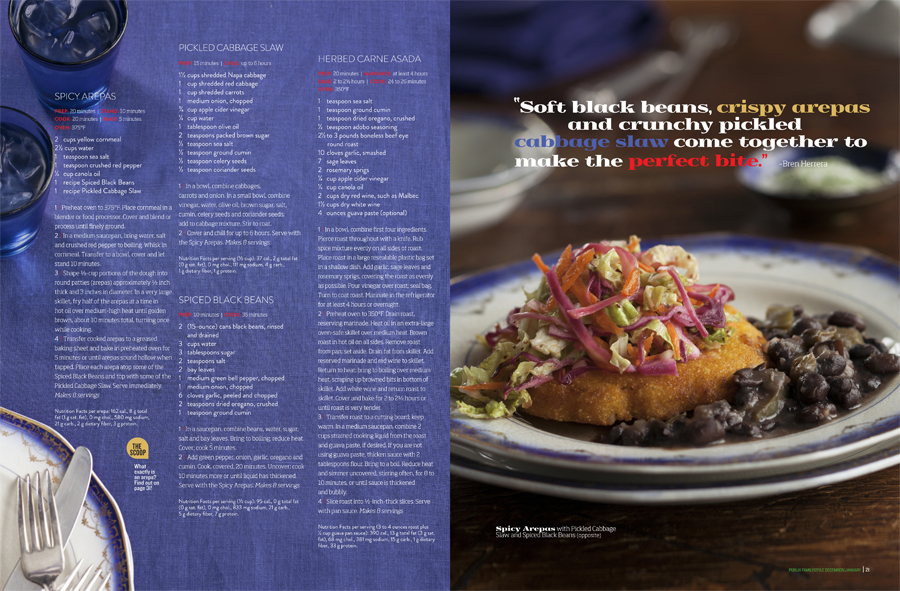 Merry Christmas and a happy new year to you! And, may the advent of social media bring us all many, many more fascinating, delicious and sexy gigs in 2013!

0 thoughts on “Publix ‘FamilyStyle’ Magazine Feature and a Twitter Story”