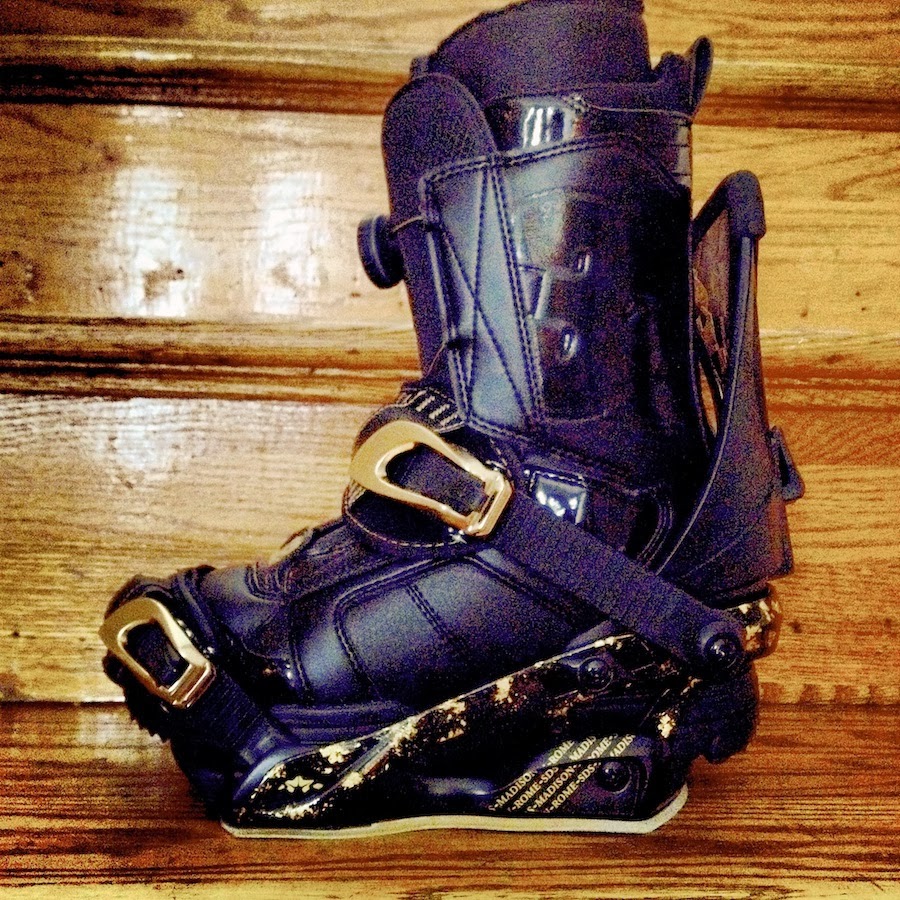 (Boot and bindings via my Instagram)
Yes, I’m talking snowboarding boots today. I’ve not done a Sexy Shoe Sunday post in a while because quite honestly, I’ve not had anything super fabulous to scream about. I’ve bought a few amazing pairs, but nothing I’ve worn yet to show you how excited I am. Wait, now I’m lying… as I type, I’m looking at one of my shoe shelves and see 3 boxes of recent purchases… some Rachel Zoes, Brian Atwoods, and L.A.M.B.s… Oh yes, those are fabulous, but I’ve not taken a few minutes to share. Wait for it, though. The next four Sundays will be delicious!

For now, let’s address these right here. Not a “shoe” I’d ever share as part of this SSS series but everything about them is so right, I had to. So, I’m going snowboarding for the first time in 9 or 10 years this coming weekend. Before I moved to Atlanta, my siblings and I would go often enough where I had some appropriate gear… you know, the basics and essentials — except for the board and my own boots.

Three of my four siblings started taking annual snowboarding trips and the recounts have always left me jelly. Now that I’m back in D.C. and near them, I’m back! I bought an advantage pass to Ski Liberty Mountain last year but never got to use it. But in the spirit of the Olympics and the already planned annual sibling trip, I decided to join them. How could I not?!

After hitting the gym today, sis and I went boot shopping, only anticipating sizing me so that one of my brothers could let me borrow his wife’s set up — she’s got a few boards and bindings.

Sizing turned into intrigue, into inquiry, into modeling, into debating, into checking out. With these.

After much mix and match with boots and bindings — all in search of the perfect black and yellow combination — I put these two together. And, oh joy am I happy!

And for the first time, I was able to engage my sister in helping me make a fashionable decision. But I also alerted her that snowboarding can and should be sexy. Hence these bad, just bad black and gold bindings with the chicest brushed gold hardware. They are screaming. They are just so right. So sexy.

I figured since it’s my first time out on powder in almost a decade, I might as well fall in style… because you already know that’s going to happen!

I’ll be sharing all kinds of pictures and videos via Instagram from Jackson Hole. It will be epic. I hope you follow along. Anything to stay fit while resurfacing old sills and I’m in.

7 Tips To Find Inner Peace In The Midst of Chaos

11 months ago by Candyce Graham
Peace of mind is defined as a mental state of calmness or tranquility and a freedom from worry and anxiety. Given the current state of the world, it may be difficult or close to impossible for most to find a peace of mind. However, I can assure you that it...

Melanin Activated! Are You Getting Enough Vitamin D?

1 year ago by Candyce Graham
Vitamin D has been a hot topic lately as a great way to boost your immune system. Many doctors and professionals have been advocating physical activity as a means to increase your vitamin D intake via sunlight. However, there has been conflicting reports s...