Shooting A Commercial For "I Can't Believe It's Not Butter!" Contest & A 'Shroom Recipe 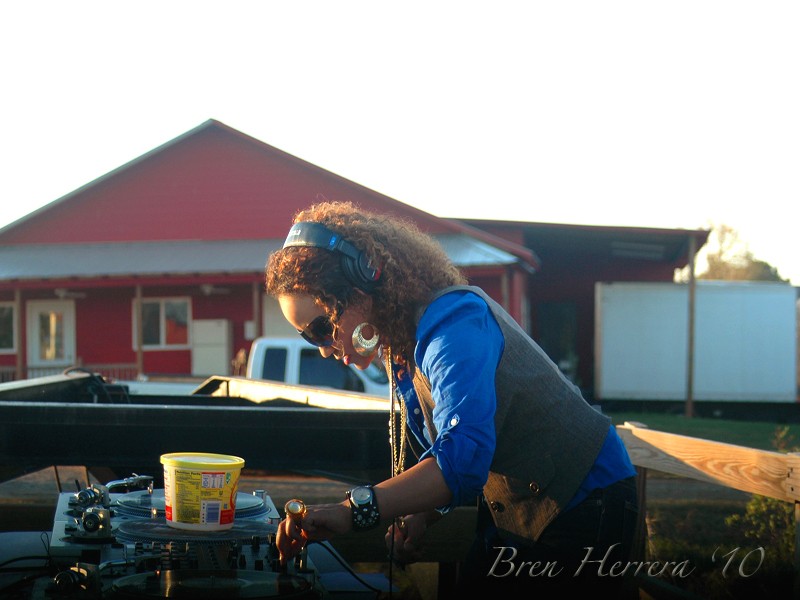 I interrupt the regular scheduled post for today to announce that something I recently engaged in, might change the way I  eat, dance, sing and all around sway my swagger!

First of all, HAPPY NEW YEAR!! I hope you had a beautiful NYE, filled with delicious food, giving to those less fortunate, über-exciting times, unexpected trysts, dancing, and even some light spirits.

I’m claiming this year, 2010, to be one of enormous things for me, reversing all the “no’s,” I got last year and conquering all the opportunities presented.

When I first started blogging, one of the first things I noted about myself is that I’m a natural born hustler. Must be in the Cuban blood, seeing as though my aunt in Cuba has me beat 10 fold and my mother, 20. That being said, what I’m about to share with you is an example of how I grind, hustle, work, or what ever adjective you’d like to apply to my passion.

While home celebrating my November birthday, I got an email inviting me to participate in an exclusive commercial contest hosted by I Can’t Believe It’s Not Butter. What? Huh? How’d they find me?

But first, some background. The spread has re-branded their popular product, in essence making it healthier and tastier than ever before. They boast ZERO trans fat, 2 grams of saturated fat (in comparison to 7 in regular butter), [no hydrogenated oils] and NO CHOLESTEROL (woo freakin’ hoo–another story for another day) and a generous amount of Omega-3.

Basically, a spread you really want to consider using.

In the new age of celebrity endorsements (Tiger may just have screwed it up for all us up and coming personalities), the advert gurus decided to cast Megan Mullaly (Karen on “Will & Grace”) to be their singing and dancing star for their new commercial. The new marketing tag line is “Turn The Tub Around,” sung to the catchy beat of “Turn The Beat Around.” You all remember that funky, disco song! Tell me you roller skated to it!

In her commercial (and full-length video), Megan goes from choosing real butter in frumpy jeans, while grocery shopping, to magically being whisked away by Fabio, after she discovers ICBINB, and twirls into a slimming red dress, while singing the tune and dancing the signature move, choreographed by Tyce Diorio.  If you’ve not seen it, here it is.

So what did I have to do? In 8 days I had to put together a 2-minute commercial using the tub as my prop, meaning I had to do the signature dance move and sing the full song with their lyrics! I’m not sure if most of you know that I’m a professional and trained singer, so this was an incredibly exciting surprise and challenge to get back to studio. I’ve not been on stage or in the studio since I kicked off Flanboyant Eats–so you know I was totally geeked, but totally unprepared, vocally. 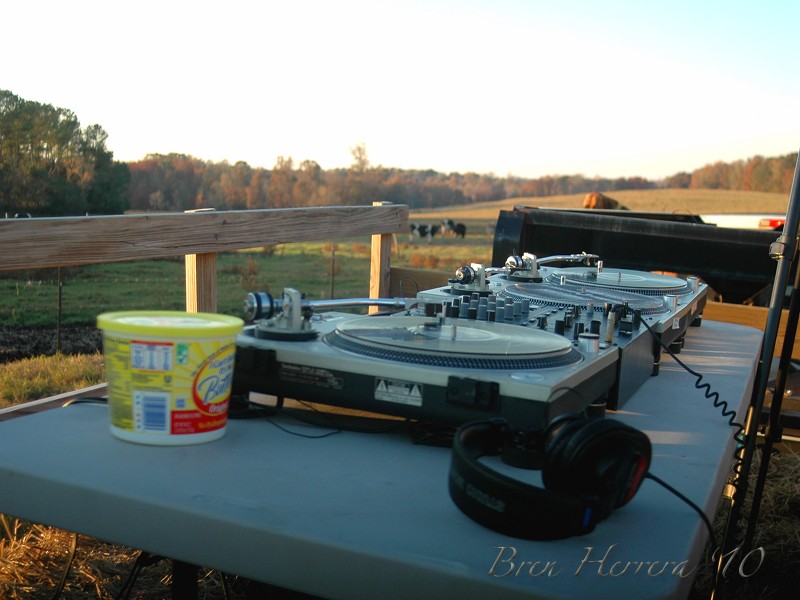 How did it all happen? Well, ICBINB sent me a FLIP HD camera (which I suggest you pick up if you don’t have one already!). I had to use that to shoot the whole video. Because I was in DC, I had them send  the camera there. I wasn’t due back in Atlanta for another 4 days, so that was idle time spent doing nothing but thinking about what the hell I was going to do, and did I really want to shoot a commercial for a fake butter! Mind you, my mother uses ICBINB 80% of the time because of her cholesterol and blood pressure, so it was an easy decision to jump on board! Plus, we had just used some to make these awesome Orange Rum and Clove Glazed Roasted Pears.

The commercial had to be in to ICBINB 5 days after I arrived in Atlanta.

HUSTLE TIME and UNDER PRESSURE! As soon as I landed, my creative partner and lawyer, his production team, and my DJ were waiting for me at my place. Before I could even greet my pooch, we were throwing ideas to the wind and trying to come up with something unique. I’d not seen Megan’s commercial, so we had no idea what we were up against or what their creative expectations were.  The point was to “turn the tub around,” and show the new nutritional values of the spread. And sing the song, of course. 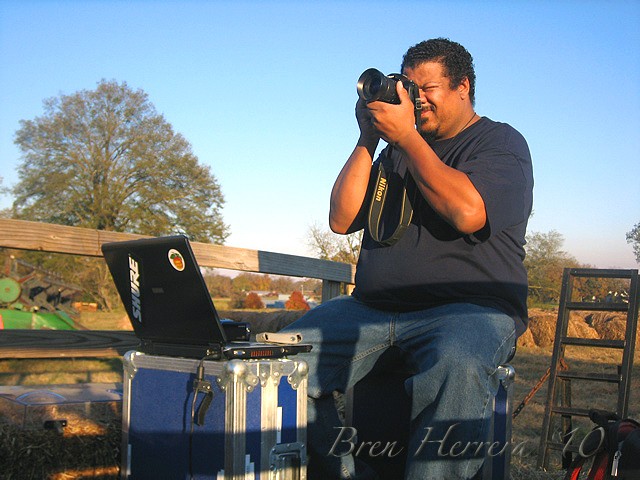 (my loyal A/V and DJ friend, Leon of Sonnynite Productions snapping a pic of me)

Monday was spent shooting. Tuesday came and went in limbo. Amy & Mark, the awesome videographers and editors started editing on Wednesday. I recorded on Thursday morning. That was a joke! I should have had a camera in there! Just when you think you got your *ish together, you realize there’s sooo much room to grow! But to my defense, I knocked the song out in 90 minutes, including mixing and mastering. I went to the editors and handed them the audio file. I saw some of the editing and we all went back to the board. We had some serious cleaning up to do. Syncing up live vocals to mouth movements was not easy. Had I known the whole song in perfection, it would have been easy, but when you hear how wordy the song is, you’ll see how difficult it was to fully memorize it in A LONE studio session, with no prior chance to rehearse. 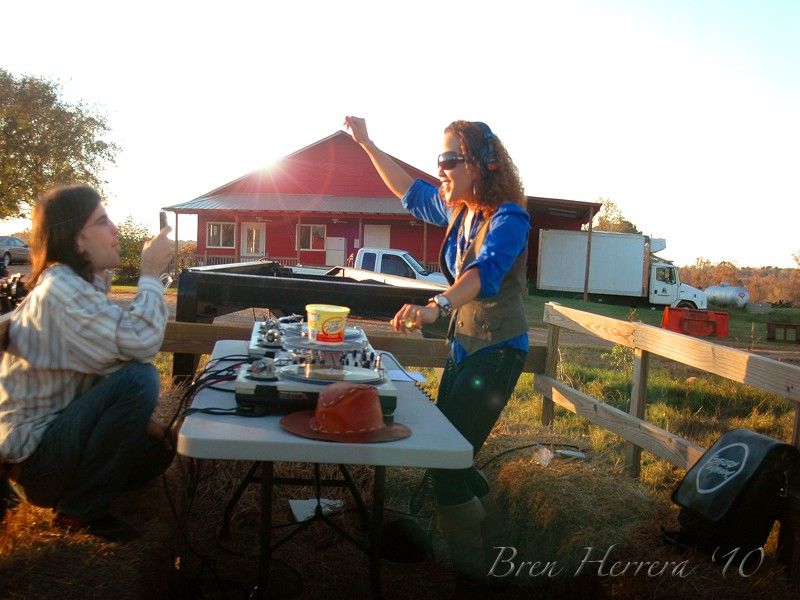 I get the final version of the commercial on Friday morning, the day it’s due to ICBINB, and off to la-la land it went! Fingers crossed, I let it go and forgot about it. Thanksgiving was approaching, which meant a return trip to DC, and tons of flan orders to satisfy. 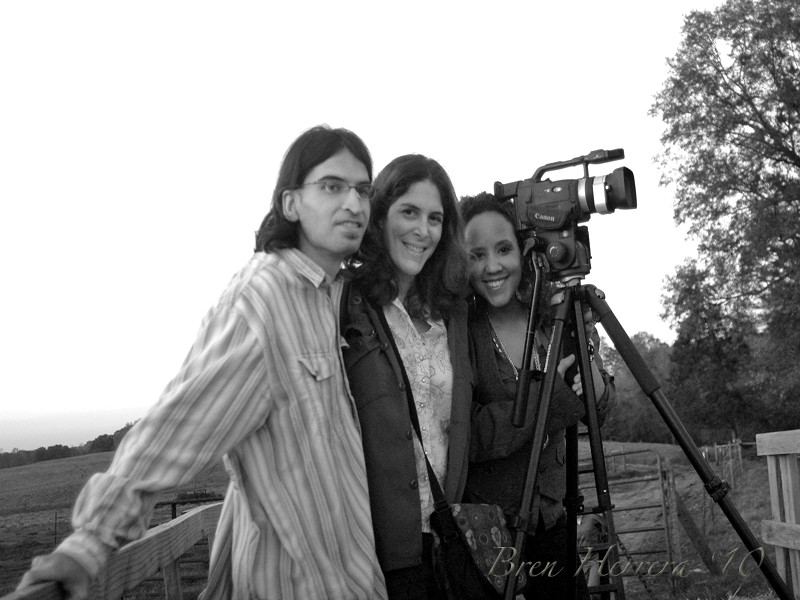 (Mark & Amy of Karmalized Pictures and me)

All in all, shooting the commercial was lathered in fun, learning experiences and production challenges. Fortunately, no wardrobe malfunctions, though it would have been nice to have hair & make-up touching me up every 20 minutes! I am more than thankful to my team of incredibly  talented artists, that with NO times notice and without compensation, made themselves available to me in order to make this happen! Drew, Leon, Amy, Mark and Mr. Johnston, this commercial, whether I win or not on TV, could not have been made without you! Thanks for making it work! I’m so proud of our product! (and I hope Unilever is, too!) 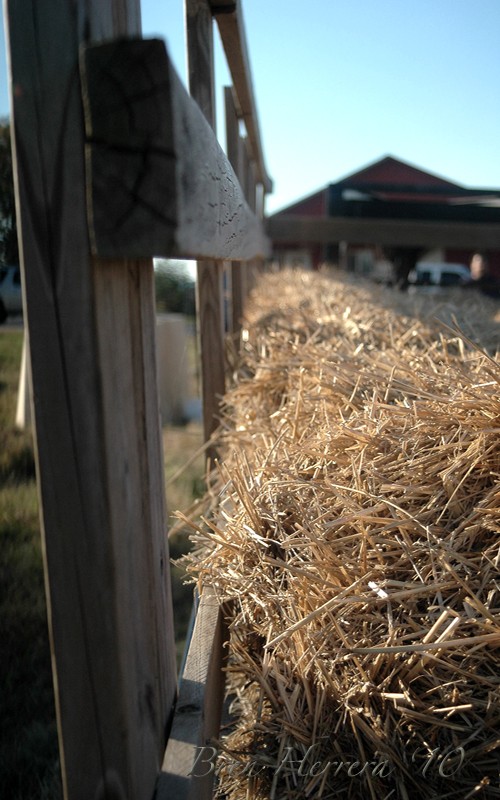 The JUICY, VELVETY part is here, my friends.

Of the small group of people selected to participate in the contest, 3 will win. Those winners’ commercials will air next Tuesday, Jan. 12th on AMERICAN IDOL!

Chuck a shoe at me right now!

I’d not been allowed to talk about this until yesterday when I got an email “lifting the embargo” (funny they used that terminology-hmmmm), otherwise they would have depleted me of my life savings for opening my trap in the slightest fashion. Your girl B is still “being considered as a finalist” to appear on-air next week! Additionally, selected commercials will air on their website for user-generated viewing and voting.

Guess what!! My commercial made it to the online finals!!!! SOOOOOOOOOOOOOOO as of next Tuesday, 2 different commercials will air online each week, between Jan 12th and April 26th. Mine will air during the weeks of January 26th and March 16th.

WILL YOU VOTE FOR ME!?!?! I get no payment for this (though the FLIP is niiice), but viewers (that means you) have a chance to log on to their site and enter the Turn The Tub Around Watch Vote & Win online sweepstakes (www.turnthetubaround.com). Site visitors are eligible to win the following:

“Every day, Watch Vote & Win site visitors have a new chance to win one of three daily prizes including:

All voters become eligible to win one of five, randomly- selected grand prizes – a 3-day 2-night trip for two to Los Angeles to attend a meet and greet with Megan Mullally. They’ll also win a styling session and enjoy a night on the town including a dinner for two and tickets to a show.”

(Update: 1/07/09 12:28 am: Voting on-line DOES NOT begin until Jan. 12, after the winning commercials have aired on Idol. You can vote after that time–thanks for your support!)

Nothing to do yet, but sit in utter anxiousness and wait to see if my commercial was one of the winning ones that gets aired on AMERICAN IDOL! I don’t even know, so don’t try to trick me into telling you! 🙂

Obviously, I’ve omitted to disclose the concept of my commercial, but the pictures above will give you an a behind-the-scenes idea of our set! I hope you tune in next week and watch! FOX, 8pm EST.  WISH ME LUCK AND I PROMISE I’LL COOK FOR YOU ONE DAY!!!

And, thanks for reading this long ass post. I’m trying to get better about shortening them.

From I Can’t Believe It’s Not Butter, below is a recipe I really enjoy and think is a great appetizer to make while you’re watching the show next week! Plus, Ellen is the new judge, so there will be comedic relief either way you look at it! 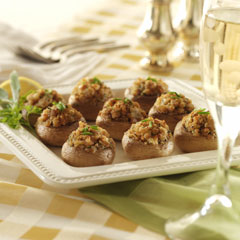 Arrange mushroom caps on baking sheet, then sprinkle with salt. Evenly spoon mushroom mixture into mushroom caps. Bake 25 minutes or until mushrooms are tender and golden.

85 thoughts on “Shooting A Commercial For "I Can't Believe It's Not Butter!" Contest & A 'Shroom Recipe”