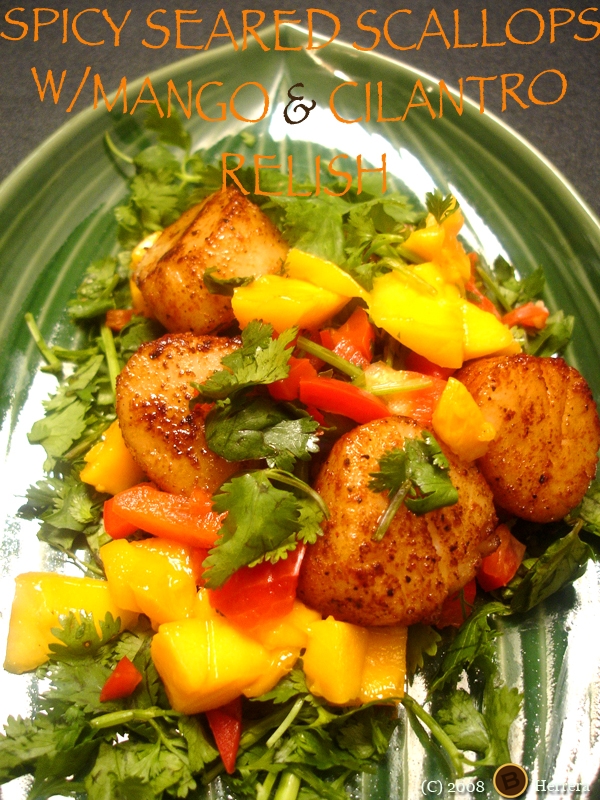 It makes me glad when I can keep a promise. Because so much of my time is taken up being a creative artist and not a conformist, it becomes difficult for me to be bound by a schedule. I don’t fear commitment, ever, but I’d rather go with the flow.

Unless that scheduled commitment involves money! Then I’m all game and will work around you.

Such was the case last week when I was asked to prepare an intimate and Summer’s Eve dinner to celebrate Father’s Day. Not just for anybody. It was for a power couple in Atlanta’s Socialite. The confirmation was a bit sketchy, though the menu had been approved. I didn’t panic, but I really wanted the gig. It could open doors. And right now, I need all doors wide open. Even the dog house door.

You know who you are.

A super quick run to the bodega to pick up the necessary items. First issue: no ripe avocados for the shrimp and avocado salad. The sexually questionable produce guy calls the Pub*** down the street and yes! They have Miami avocados. I’m back in the game. I went back home first to start making the flan. At this point, it’s 3 p.m. You know flan, even with my short-cut method, takes at least 2.5 hours to even consider eating. I need to get one of those blast freezers.

No time for a trip to the Pub*** closest to me, so in 100 degree, nasty ass weather, and wearing my 4″ pumps, I haul ass to the supermercado closest to the client for that avocado. As if paying $4.10 per gallon weren’t enough, the damn fruit cost me $4.00 for one!!!! And I needed 3. I’m so serious, it’s not even funny. I don’t have a pic of this aguacate to show you, but since when do “low-fat” and “slimming” (this is exactly what the little sticker said) avocados cost $4.00?? Where’d they import these bad boys from?

Oh, did I mention how I made the flan in 4 ramekins, and were jigglin’ all over the gift bag I placed them in. Another thing I need: a portable cooler for such delicacies.

I arrive with a box full of stuff, half-prepped food and gnarled flan. Great. I felt like I was a solo contestant in one of these Network competitions. A hell of a challenge, I swear.

But, I’m boastful to announce, that my same-day notice mission was gracefully presented. And only 30 minutes behind schedule. Appetizer, main courses and dessert were fully devoured. Unfortunately, I was too flustered to take pics of this classy eve, but I was so content with their reaction to the spicy seared scallops–a first-time, un-tried recipe–I had to make it again just to share with you guys.

The coolest part about making these scallops again, is that I video-taped it. My super cool, indie film-maker friend Tim, has offered to tape and help edit. The vid is done, but he’s fire-wiring, it so I won’t have it ’til later today. So make sure to check FLANBOYANT EATS TV (over to the right). I’ll tell you now, there are some funny goofs. About 4 to 5! We didn’t retake anything, cuz I kind of like going with the flow. Like at the end of the vid, I spell out the sites URL, but totally leave out “EATS” before saying dot com. Major Duh. Somebody remind me I have a $40k education from a bougie ass University, with a degree in English Literature, nonetheless!

Diane & Todd, you guys rock for making it happen so well. I’ll get there on the 2nd try. Just watch! With pumps and all on!!

Ladies, this is a super simple and very healthy dish to prepare. I love it because of of the freshness and the secret ingredient I added: honey!! It creates such a nice juxtaposition to the heat! You need little skill to prepare this. Impress the guy with it. It’s such a pretty dish too–I promise he’ll be talking about you the next day… And guys, you too…get them hands wet and cook a bit for your lady. Show her you appreciate her for putting up with your inexplicable man ways! She’ll forgive you! 🙂

And I heard the flan kicked butt.

My girl Lys over at Cooking in Stilettos is so awesome and though we’ve never met in person, she’s so genuine and excitedly supports my projects. This time, she nominated Flanboyant Eats for the best food blog for the 2008 Bloggers Choice Awards! Make your way over to this site and cast your vote for me! I’d love you for it and if I could send you a flan, I would!

2nd, my incredible, faithful and extremely talented web designer just won 1st Place in a National Competition for Web Design, based on his design of my annual Artist & Designer Charity Event site. I’m so so proud of Joey and truly thankful for his hard work into all 4 of my sites.

IT REALLY HAPPENED, I COOKED WITH EMERIL!

Rinse scallops and pat dry with paper towel. Season with salt, pepper and ground red pepper. Set aside. In small bowl, mix red bell pepper and 1/4 amount of cilantro. Heat olive oil and add butter. Turn heat down to medium. Without allowing butter to burn, add honey. Stir slowly. Add scallops. Cook on each side for 90 seconds. Do not mess with them while they’re searing. While scallops are cooking, layer cilantro and 3/4 amount of mango on your serving dishes. Transfer scallops onto serving plate. Top and garnish with cilantro, red bell pepper mix and remaining mango. Squeeze lemon over-top if desired.