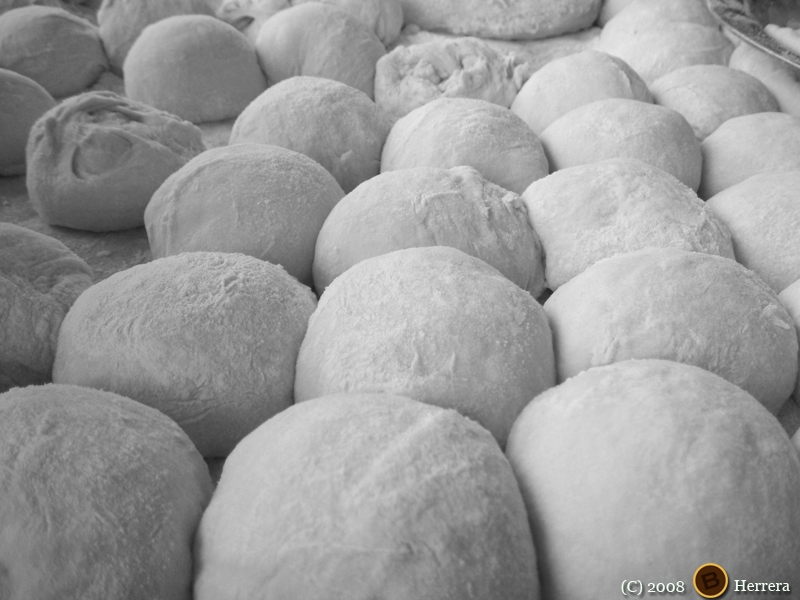 And so does St. Maarten, especially with all the great food I ate. Plus I conned one of resto chef’s to impart 2 recipes I want to share with you. Still waiting on them.

In the meantime, I have to finish the 3 part series on T & T, because this last bit was so incredibly eye-opening and *bursting with flavor* (so FN). I was waiting to receive pictures from one of the other journalists. I hate when I’m inadequate, and on this trip I had forgotten my camera charger. Too much time spent on deciding which shoes to take! I HAD to ask someone to take some pictures for me.

Visiting farmer’s markets is one of those things I love to do. I hardly go here in Atlanta b/c the closest one is 30 minutes away. At least the really nice big outdoor one. The one down the street has lots of food from all over the world, but damn that place reeks!

I can’t stand it. I make a beeline for the seafood bar, order whole snapper, and pick up ripe plantain on my way out. (I keep complaining to Publix for not keeping ripe plantain in stock. They see me in there enough, they should just know).

Which is why outdoor markets are fascinating. Fresh air engulfs all the smells, allowing me to focus on what I’m there for. On our 2nd to last day on the island, our driver picked us up at 6:30 am and took us to the nitty gritty downtown area of Port of Spain.

Enter San Juan market. This was the real deal here. No fancy restaurants or über-stylish hosts and servers speaking proper English. I’m talking about beautiful old women fanning themselves in the church yard with a big smile and saying “good morning cocopael” (cocopael is used to describe light skinned women that have a “Spanish look” typically b/c of their curly hair, which I was sporting). Or the grungy rasta carrying a boombox on his shoulder blasting B. Marley.

Then there’s the man in the middle of street selling scotch bonnet peppers. Obstructing all car traffic, this guy was hustlin’. I looked and kept going. The thought of touching one of those scared me. Those shits are hot!

I don’t think I’ve seen so much variety in Caribbean food ever in one single place. All kinds of curry, a myriad of tuber roots and every hot pepper thinkable. The aromas of hundreds of spices were incredible. I bought some tonka bean which I’ve yet to use. It’s still in the fridge. I may call on Cynthia over at Tastes Like Home to help with ideas for preparing.

I tried to visit most stands and did a lot of inquiring. The owners all wanted to answer questions in hopes I’d buy something. They even let me taste samples. Well except for the one mean lady that wouldn’t even let me touch her casava root. Wench. I actually wanted to clocker her one. But that’d be so unprofessional. One guy followed me because he wanted a photo shoot! LOL!

And then, I made my way to the fish mongers. My goodness, talk about reeking. I pinched my nose as I walked around in gut gush. The coolest thing I did was actually behead some white fish. I can’t remember what fish it was but that was insane. My back swing was killer, look! My hand almost slipped and I almost butchered my left hand. The mongers face says it all! NOT GOOD. 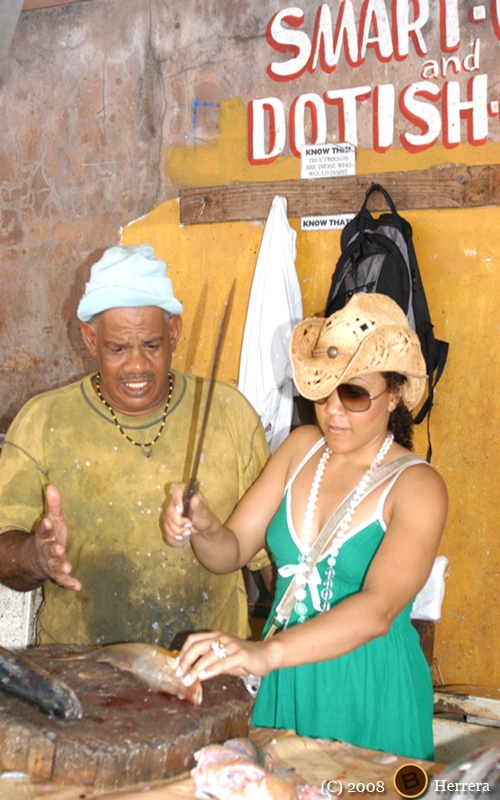 I moved on and did the utterly unthinkable! For those of you that read my blog, you know I don’t do pork. Even after Emeril and I cooked it and he made me eat it, I will not go there. But in keeping with good journalistic experience to write about, I touched and held a pig snout! A really big and pink snout.

Sweet Jesus. I wasn’t right the rest of the day.

Thank God we had a break at Maracas Bay Beach. Nestled in the northern mountain range of the island, we stopped there to eat at the popular Richard’s Shark & Bake. S & B is something every living soul must try at least once in their lifetime. Fried shark, fried bread and a sleuth of condiments: spicy tamarind, pickled mango chutney, garlic puree, slaw, and other goodness. It’s a queen’s sandwich. I had 3 they were so got doggone good! I was even allowed to roll the bread dough with the cooking ladies that hold down the establishment. Richard invited me to come back to the island and guest cook with him. What an honor, especially since he’s been written up by the New York Times. 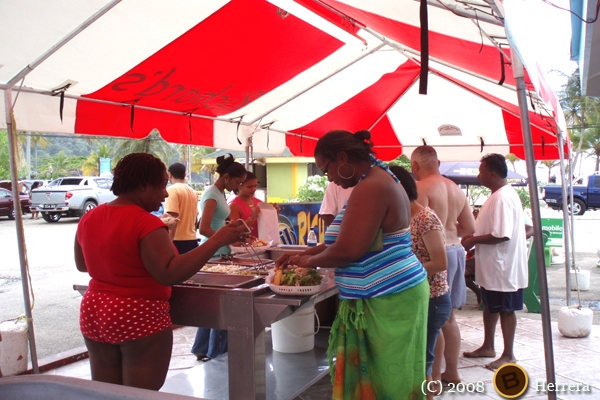 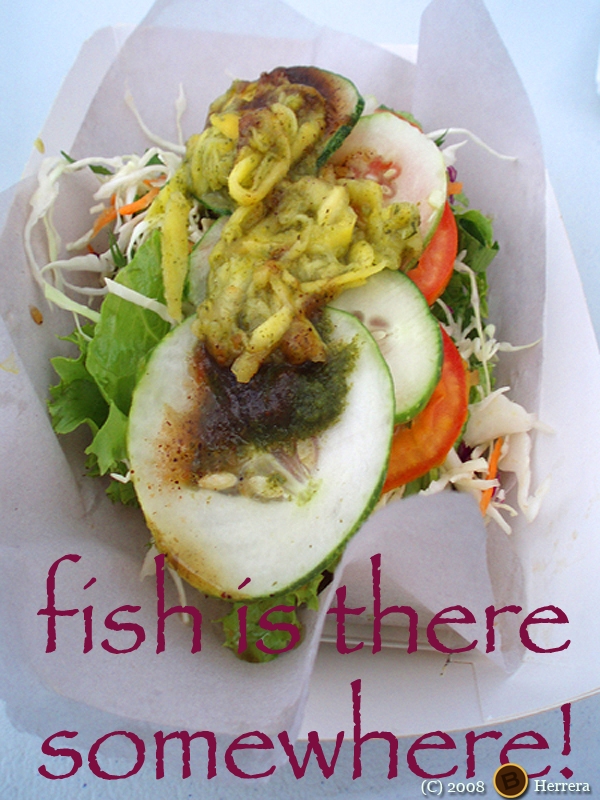 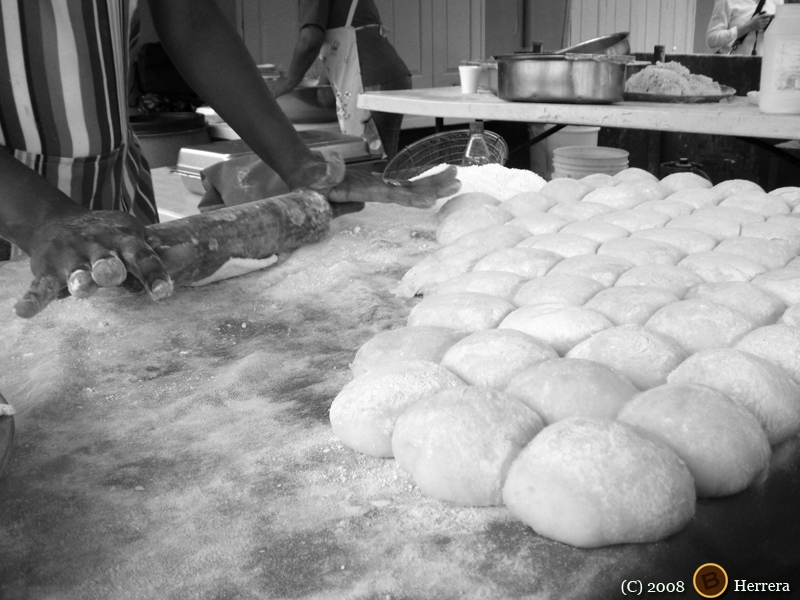 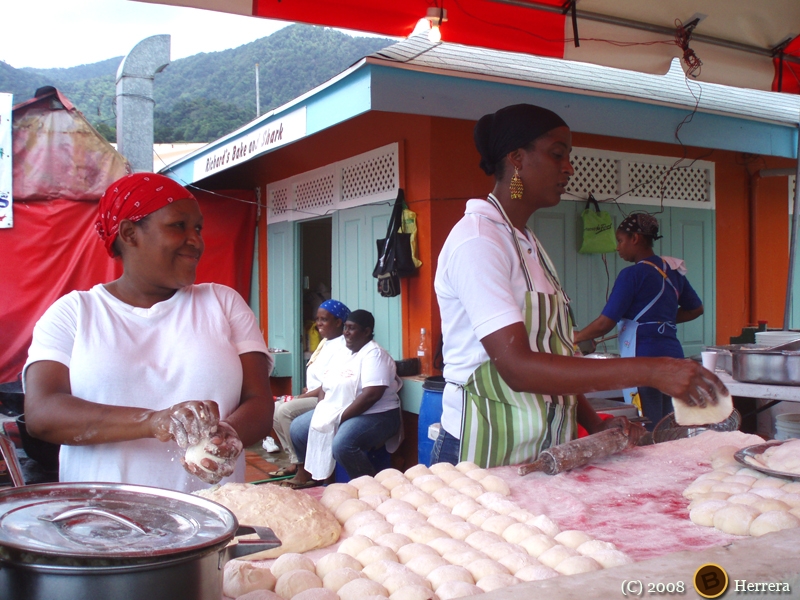 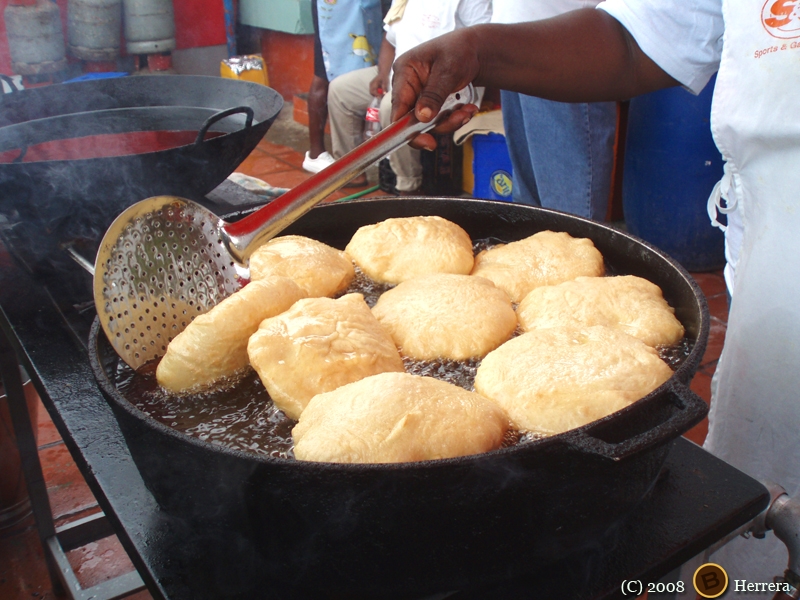 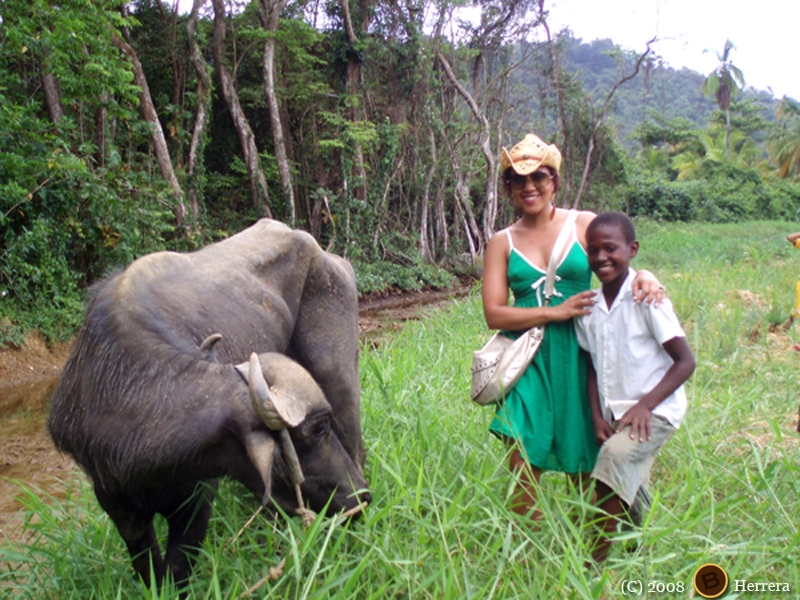 The 2nd night of culinary festival happened that same night. 15 gourmet restaurants and 30 “sweet anh” (home cooking) chefs offered their absolute best to a park full of about 20 thousand people. Hot, sweaty, bumping shoulders, and losing fellow writers was fair game. The object was to use all 10 tickets in exchange for food.

After spending an hour collecting to-go boxes and coordinating drop-offs, we settled in the Media VIP area with the President of the island and enjoyed all our food and bottomless cocktails. I tasted and tore up curry goat, smoked salmon, corn soup, cou-cou (dry corn polenta), jerk chicken, roasted tomato and onion casserole and B’s icecream. Way too much food, I know, but hey that’s why I was there. 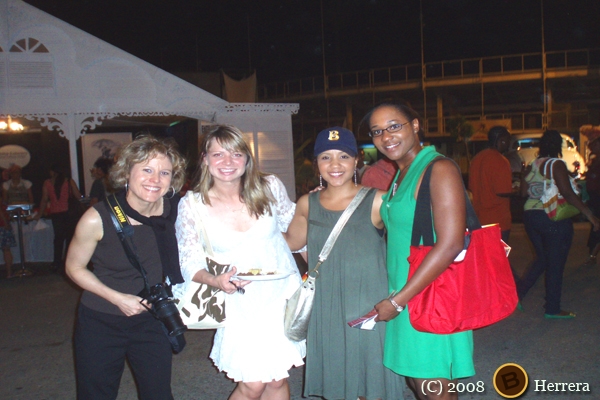 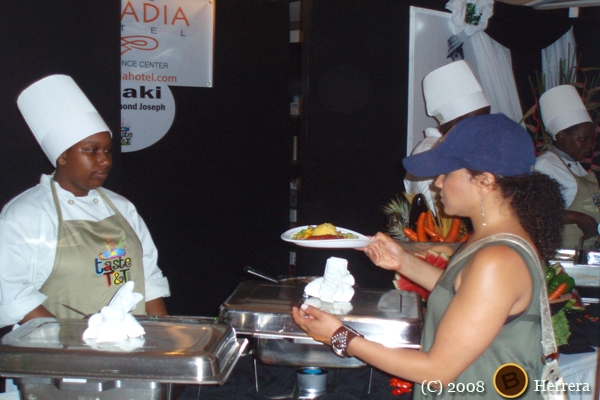 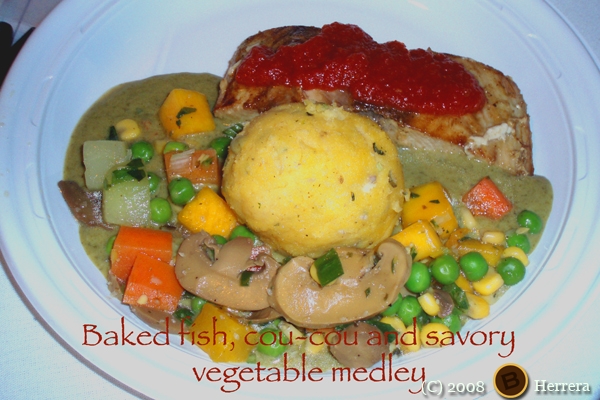 We watched a colorful and entirely too agile limbo contest and some local act belt out Beyonce’s “Listen”. And then I was totally done when a conga line of gassy men danced by, pouring kerosene all over their bodies while lighting a large stick in their mouth. Entertainment you say? Uh yeah, pretty cool to watch but two whif’s of sweaty men and 100 gallons of gas and your appetite is gone.

I showered in that sexy marble shower standing the middle of my euro-style suite and fell asleep listening to Bobby Flay talk about some hamburger cook-off.

As if all this weren’t enough, I now have to write my article on T & T for the mag which will publish in October.

LIVING IN BARBADOS, EVEN IF FOR 5 DAYS

* thanks to Janis Turk for taking and sharing pictures. Hers don’t have my copyright watermark on them.

1 year ago by Bren Herrera
This thing is real. Yes, the meme are funny on first glance, but when we consider over 114,000 confirmed cases of Covid-19 and over 3,500 deaths, world-wide, then, yes, the Coronavirus is more dangerous than influenza. The entire country of Italy is shut down....

How to eat Real Fancy in Boise: Go To State & Lemp

4 years ago by Bren Herrera
The modern concept of American fine dining comes with a preset of aesthetics and feelings, no longer simply the quality and relevance of the food. I remember a time when the only variable we considered was price and quality. And then social media, especial...