Thanksgiving in a Cuban Home… 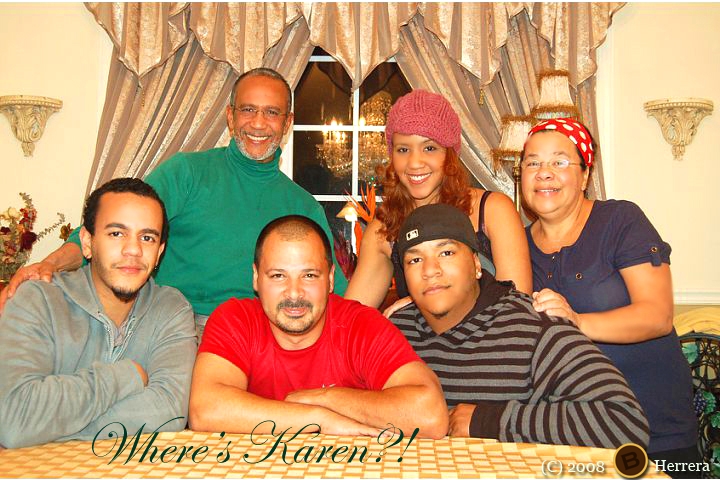 is something you’d pay to watch and be a part of. But being Cuban means the front door is always open and unlocked! No one knocks. You can smell either coffee or some frijol or carne my mom’s cooking, from the minute you pull up to the drive way. And for sure, you will always hear some loud conversation in Spanglish that gives you the impression whomever is talking, is actually fighting!

It’s been like this in my parents house for the past 24 years. And even though all 5 children are grown up and two of us live outside the state of Va, things have not changed.

I flew home 4 days before Thanksgiving this year. My early arrival was so that I could spend real time designing a menu for mami and me. That DID NOT happen. She was like, “yeah honey, we’ll just go grocery shopping on Wednesday. We’ll cook on Thursday.” And that we did. I was shocked at her level of calmness considering she’s usually running around como una loca the entire week before. But I will charge her peace of mind to knowing I was going to make 1/2 of dinner.

And lots of café.

Things were cool and chill till I come home on Tuesday night to find my father with the prettiest meat I’ve ever seen, all laid out on the kitchen table. The kicker: he was cutting it with a saw! Yes LORD a saw! You know the kind of saw you cut wood with? ¡Ay Dios mio! (This is when my last name changes).  Evidently, the baby deer was a gift from another crazy ass Cuban and it was frozen. Took him over an hour to clean and cut. Here, look at this mess: 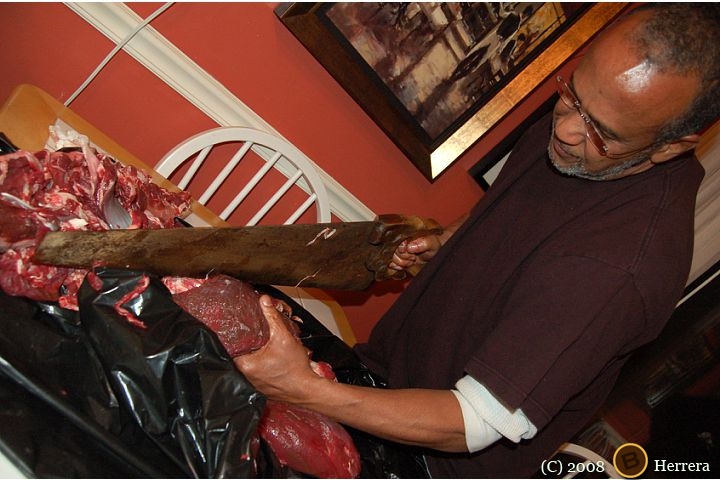 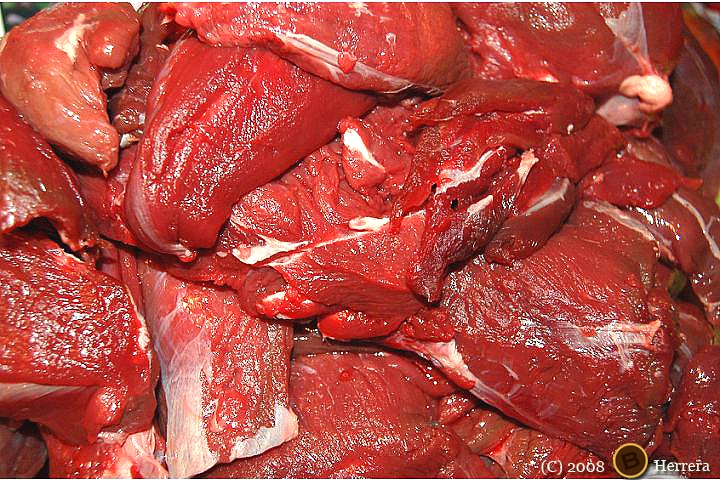 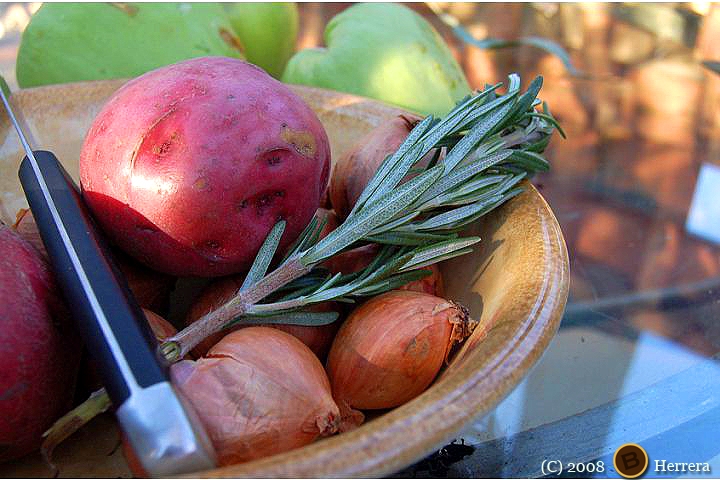 After he was done, I was quite impressed with his ability to clean the deer meat. It was sooo pretty. Great quality and grade of meat. So juicy! Ooh I was looking forward to having his bordeaux venison two days later. And truth be told, my mom seasoned it on Wednesday morning with lots of rosemary and other goodness. Dad added chiote, carrots, apple, red potato and some other aromatic vegetables.

So on Thursday, mami and I took it light. The 3 boys went over to one of their places to play Wii. Sis was still at school and dad was at Home Depot. This meant we were able to move around the house and cocina relatively smoothly.

I was on my 5th shot of Cuban espresso. Mami on her 8th.

It was way too quiet for the normal energy of the house, so w/out adieu, drama started around 3pm when my mom decides to criticize my recipe for pumpkin flan! Oh my GOD! She forgets that while it’s her kitchen, I’m making it and I’ll do what I want. Right! Geesh. I reminded her that I don’t tell her how to make the turkey or her stuffing or potatoes and anything else she’s responsible for.

We fought for about 90 minutes about food.

But by 6:30, we were done with EVERYTHING and the guests started arriving! I made the girlfriends set the table and the boys, in vintage fashion, did NOTHING!  20 strong and 60 minutes later, we stood around the table, blessed our food and gave thanks; and later sang happy b-day to my older brother. It was beautiful. Really. One of my younger brothers announced he was engaged! That made me cry. I quickly offered to style the wedding party!

So here’s the menu: 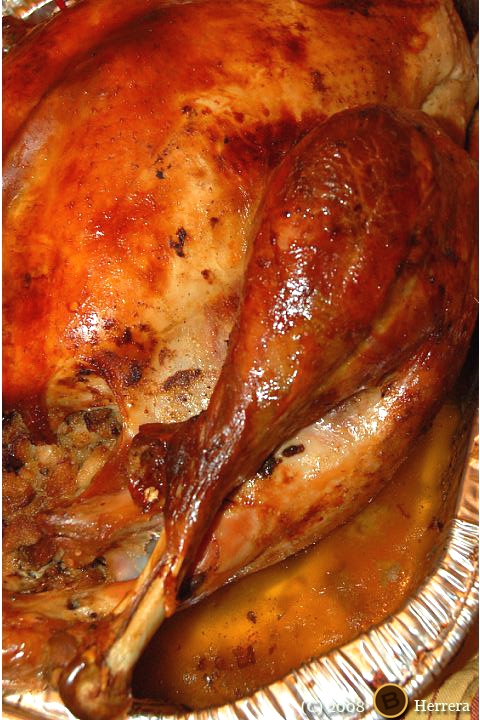 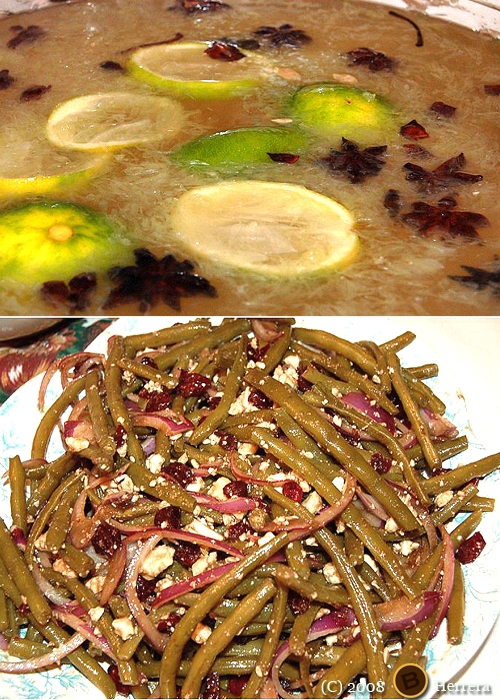 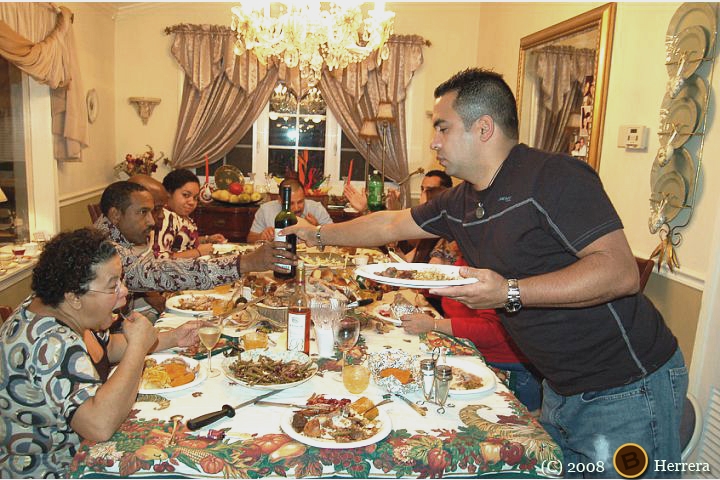 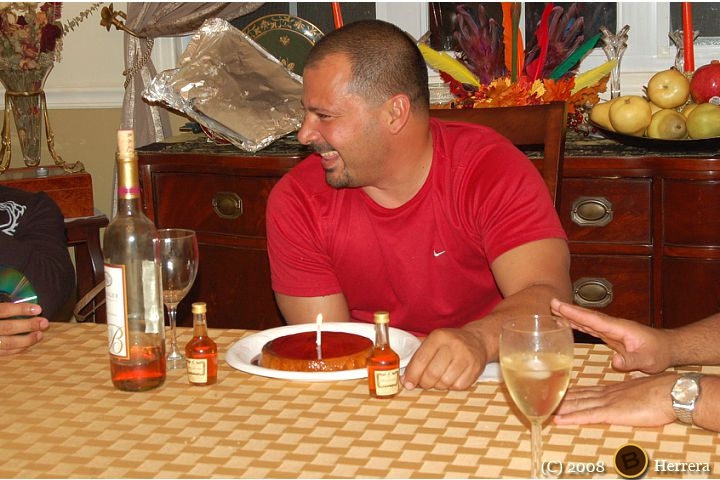 (singing feliz cumpleaño to older bro George with a trad. flan instead of cake)

If I say nothing about the food, I will tell you that the turkey was the bomb! My mother stuck both her feet in it! Ay Dios mio! That was the best dark meat I’ve had in my life! Dad’s venison was succulent and super flavorful. The green bean salad I made was a hit, tho nothing too fancy; and my carrot ginger soup (as blogged about here) was the joke of the night! They couldn’t help but to call it baby food or compota b/c of the consistency. But guess what! It was GONE GONE GONE by the end of the night. All 3 pounds of it!

And the pumpkin flan: YUM! I don’t have a pic of it, but will share sometime in the next two weeks.

Dinner was over, so it was time for espresso and dominoes. A Cuban home is not a Cuban home without at least 4 rounds of crap talking, table slapping and and about 4 desserts to keep the tongue sweet!

You may have noticed the menu wasn’t very traditionally Cuban; that’s because on Friday night, we threw down in normal form: black beans, yuca with garlic mojo, tostones, carne asada, rice, salad and more flan. The star anise lemon drop I made was kickin’ the day after and we sure did chug it down!

I was a happy soul Saturday when I flew back to Atlanta. Belly was right. Spirit was content. Heart was thankful.

And 4 new pair of sexy pumps in my bag made my holiday totally and utterly complete!

I hope you had a beautiful Thanksgiving!

**What was on your menu!!? What were you responsible for cooking?**

39 thoughts on “Thanksgiving in a Cuban Home…”