The Battle of Fine Espresso: Kaña by Cubans or Marley by a Legend 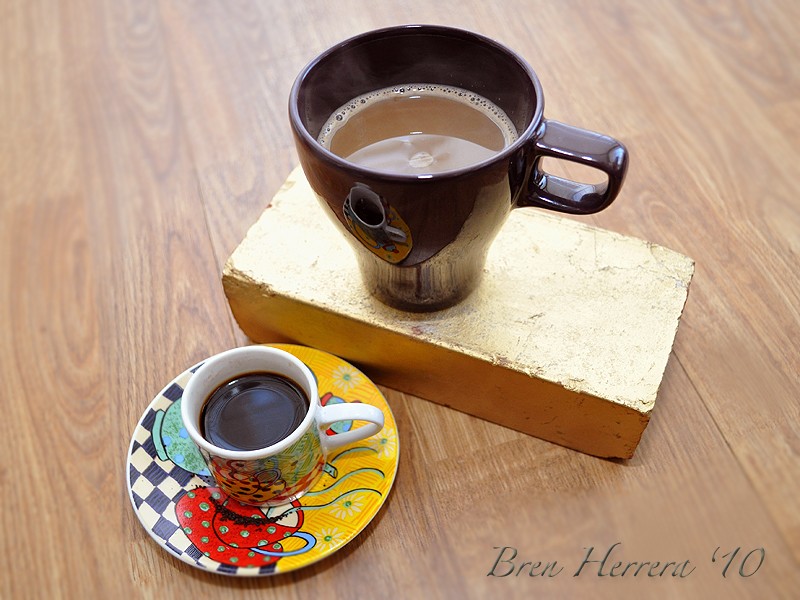 I am a bona fide espresso afficionado.

I say it’s my mother’s fault. Su culpa. She starts her day with 2 shots of Cuban espresso, known to be one of the world’s strongest espressos. I’ve seen her walk around with a huge thermos since I can tie my own shoes. Interestingly, I didn’t start drinking coffee until I graduated from college, and even then, it wasn’t espresso. I’d have a cup of plain ol’ American, just to keep from falling asleep at my 9-5 desk.

And then 5 years ago, when I leaped out on faith and left my former life, I was at home in the mornings, long enough to have one shot with mami. That one shot quickly turned into two, and ultimately into café con leche–with 3 shots. And now my friends, sometimes I’ll have 3 cups of café con leche. 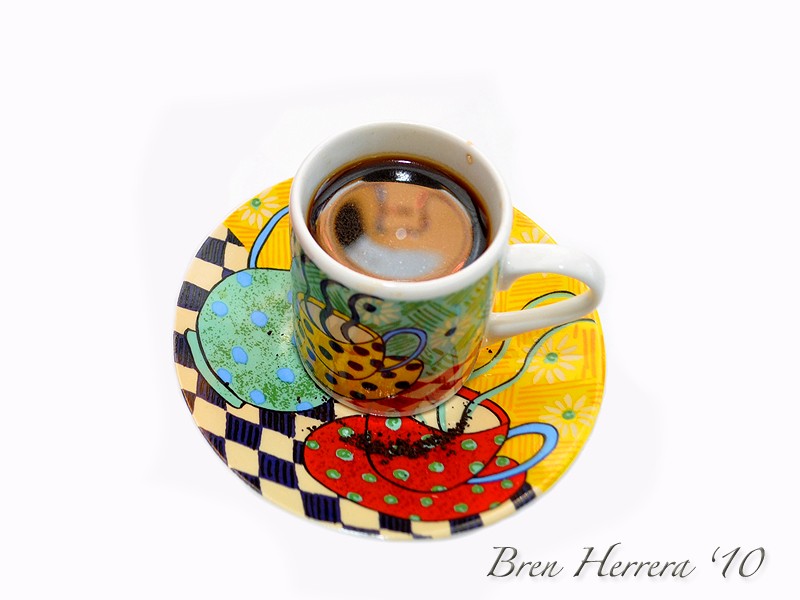 Until last July, I was drinking a certain Cuban brand that has monopolized the market since what seems like the Cuban Revolution. Ergo, a long ass time! I’ve not deviated from that brand at all. On the occasion, I’ll have ‘bux and Caribbou, which I think is so much better than the latter. But, when I’m faithful, I’m faithful and it’s hard to break me from my OCD patterns.

But, enter the realm of Twitter. As my early tweets involved a daily mention of having several shots of that certain brand of the addictive Cuban persuasion, I caught the attention of a new Cuban espresso purveyor: Kaña. The owner insisted I would love his grind better and that the other brand paled in comparison. Hard to convince me, since anything my mother likes and recommends has always worked. I didn’t hesitate, in part because I fell in love with his packaging. May be a lame reason to want to try something new, but the white packaging with vintage iconography of Old Havana: The curvy, voluptuous woman, the man smoking his stick while driving his 1950’s Chevy, Varadero Beach–all things I came to see for myself during my last two visits.

Unlike the other brand of Cuban espresso, Kaña has 8 different blends. You can see them all here. Kaña is not competing with the other brand; its going after the Starbucks’s and Caribbou demographic. Smart. So, there’s drip, one medium roast, several dark roasts, several espresso roasts and even decaf espresso. Each one has a name that represents something Cubano: a beach, a city in La Habana, a city in Miami and so forth.

But is the café as good as it looks? After spending an hour on the treadmill, chatting in Spanglish with the owner, I was sold. “Send me some! In fact, send me your strongest roast.”

After playing with Hialeah, Varadero, South Beach and the Limited Reserve, here’s what I came up with. As shots, all are smooth, robust, have a clean finish, extract an amazing aroma and are not bitter. HIALEAH (considered somewhat of a “hood” sect in Miami”)  is definitely my every day roast. It had the strength, yet smoothness of what I look for in a fine espresso. The test for me was how it blended with my leche. Score. No flavor lost and all the properties were still there.

The Limited Reserve is la créme de la créme. That stuff there! It sips and goes down like a $300 bottle of cognac. I found it to be the epitome of an espresso; and I’ve had my share of espresso’s from France, Italy, et. al. I’d “reserve” this for special trysts and soireés. It’s just that special.

As for their bean growing practices, Kaña grows beans all over the world, primarily in Colombia. What makes it Cuban coffee is the process in which the beans are grown (climate, soil, region, latitude), pressed, dried, extracted and ultimately brewed.

I’ve been happily been drinking Kaña for the past 7 or so months and haven’t touched the other brand since. ALERT:  The coffee is so good, I’ve even converted my mother, whom has been drinking the other stuff for over 35 years!

MARLEY COFFEE: Stir it Up 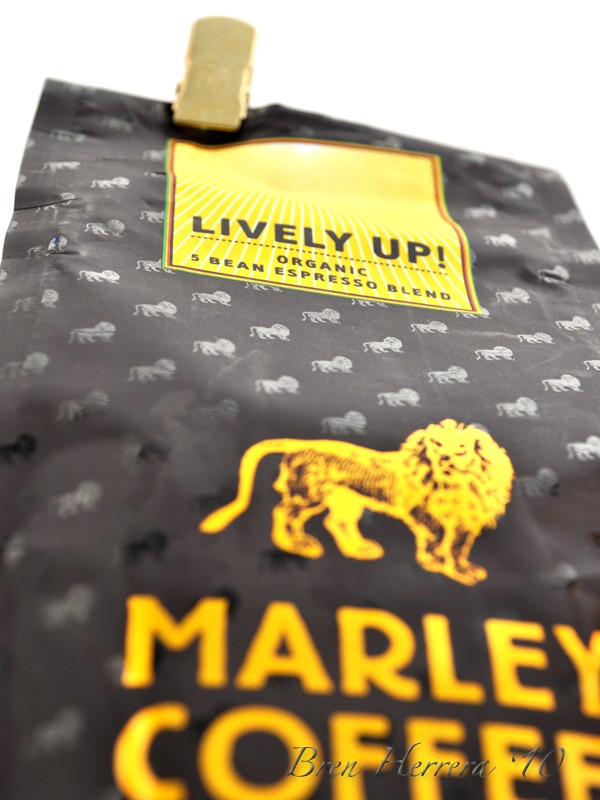 On to Marley Coffee, my newest introduction and addition to coffee. When my friends at Dean & DeLuca offered me a sample, I was happy to accept it. I was attracted to this brand for several reasons. 1. The inspiration behind it is simple: son Rohan, wanted to realize his father Bob Marley’s dream of one day returning to farming in the Blue Mountains of his island; where I’m 30% rooted in. 2. Variety: Much like Kaña, it offers a variety flavors, also in drip, espresso, lighter and darker roasts. All are organic, meaning their growing practices are eco and health conscious. 3. The aesthetic and marketing appeal–each bean variety is named after a BM hit. 4. Name and timing: I received the offer to taste the coffee right in the middle of planning STIR IT 28, the culinary benefit for Haiti. I didn’t find any coincidence in being introduced to a coffee bearing the same conceptual name.

Marley coffee is distinct in that his has historical and ethical roots. Their beens are cultivated not only in Blue Mountain, Jamaica, but also Central America, Indonesia and Ethiopia, “the birthplace” of coffee. They ensure ethical treatment of the farmers and just as important, sustainable cultivation of the coffee trees. Additionally, the company benefits children’s soccer programs as a way to enrich children’s lives through active involvement in sports.

So, I know you want to know about the coffee! For purposes of this review, I’m only touching on espresso, since we all know it’s what I sip. The 5-bean organic espresso, LIVELY UP,  is bold, savory, a bit fruity, but not as strong as its Cuban counterpart. That’s not a bad characteristic, it just means I can enjoy a lighter shot of espresso when I don’t need to stay up until 4 am. Maybe 1:30 (which I’ll gladly take any day). The finish is smooth, and like Kaña, doesn’t bear a bitter after taste, which is a downer for me. I always look for a smooth finish with an incredible whiff of a fresh roast, as opposed to an over-roasted smell and flavor (Starbucks infamously commits this crime). 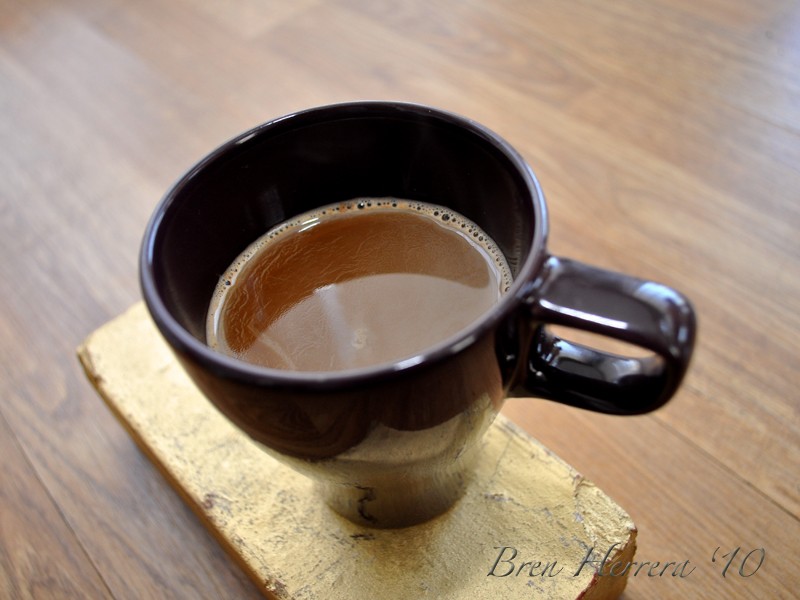 Honestly, as I was tasting them side by side (though I’ve been drinking Kaña far longer), there was a moment, where I had a hard time distinguishing the two. So, I made a café con leche with MC espresso to see if I could make the distinction. THERE it is. Not the same as my Cuban café con leche, albeit, great in flavor and finish. It had a fruitier taste and because it’s not as robust or dark as the Cuban one, I got away with less sugar; which can be a good thing.

After all that, WHICH do you think I like better?!?!

Regardless, I really enjoy both and will keep them in my repertoire of espresso brands and even recommend them to you coffee drinkers. Each brand embodies different characteristics, making them unique and special in their own way. If you’re going for a bolder, eye-popping espresso, I say try Kaña. If you want a softer espresso, with a floral palate, then Marley is the way to go.

Depending on the day, either or will make it into one of my 9 espresso makers. They’re that good!

Disclosure: This was not a paid review. I simply received some coffee to taste. And yup, I love them both and will be supporting their biz.

HOW TO BREW A PERFECT SHOT OF ESPRESSO, CUBAN OR OTHERWISE. 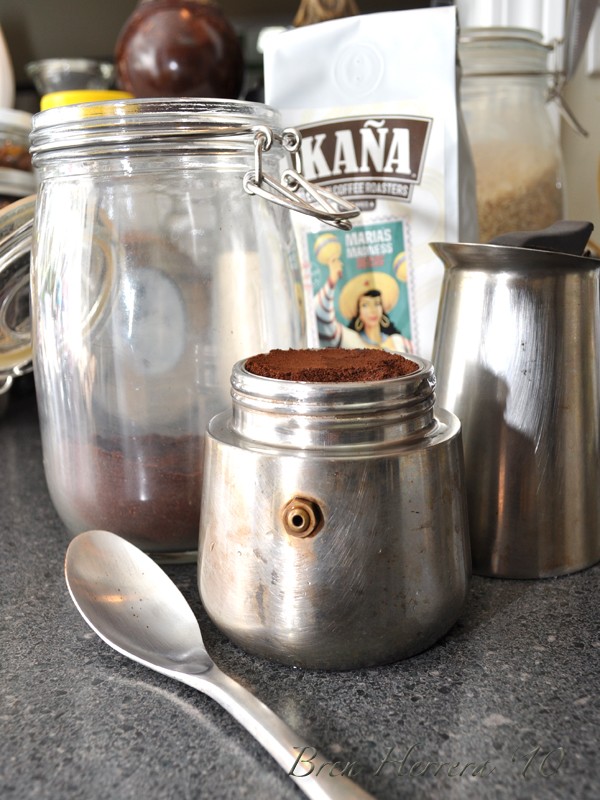 Using a stovetop espresso maker, fill the bottom half with cold water up to the valve. Place the filter cup into the base. Fill the filter with the coffee, pressing down with the back of a spoon until it flushes with the rim.  Screw on the top of the espresso maker and brew on high until coffee has fully percolated. Do not allow espresso to burn. Remove from heat. Add 1.5 tbsp. of sugar into metal cup. Pour  coffee into the cup and stir well, until you get a froth. Pour into demitasse.

34 thoughts on “The Battle of Fine Espresso: Kaña by Cubans or Marley by a Legend”