Two Chefs Battle it Out For Charity at Culinary Fight Night & I Got To Judge! 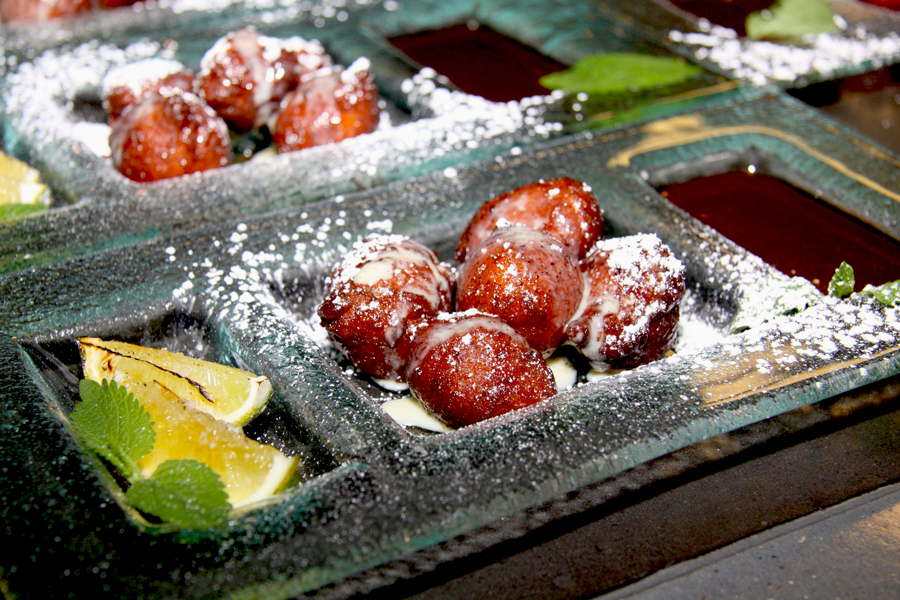 One of the lovely things about my line of work is tasting other people’s food. It’s great in so many ways: I get to take a break from my kitchen; I get to be served; I’m able to draw inspiration from their creations and more importantly I get to eat food I may not have thought to prepare myself.

I get so excited when I’m asked out to a dinner tasting or review for those very reasons but few invitations have come close to being so thrilling than an invitation to be a judge at one of Atlanta’s newest foodie events. What? Me? Judge other people’s food and grub like no other?! Yes, yes, yes, I’m so down. 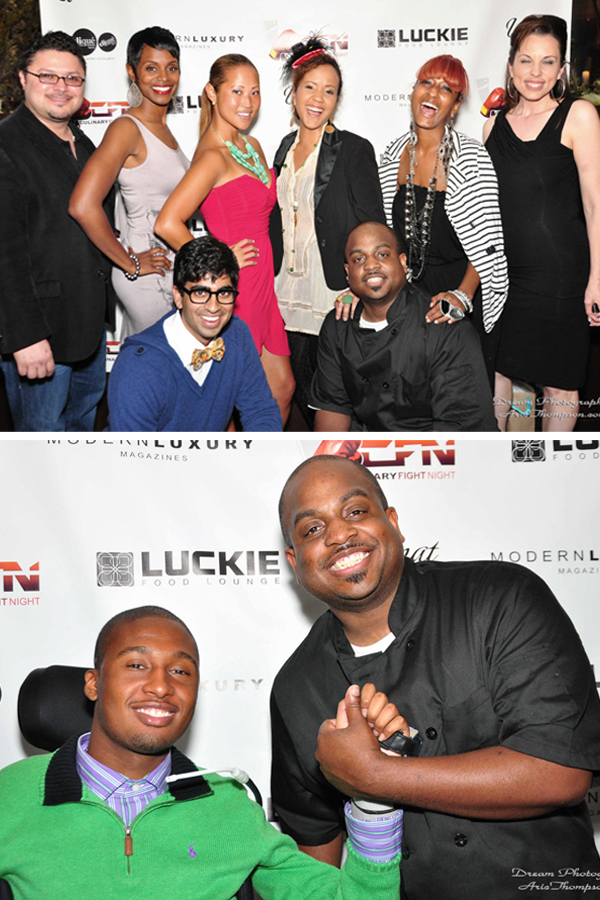 Culinary Fight Night was founded by Walt Henderson, an uber energetic and jovial man that has tremendous passion for food and hospitality. The concept is simple and nothing novel: two chefs battle it out with 3 secret ingredients, a panel of judges taste and score based on creativity, taste and presentation, one winner is donned the best and walks away with some nice loot. What sets CFN apart from other culinary battles (or any other battle for that matter) is Walt’s commitment to bringing awareness and funds to a charitable cause.

In April, a resilient young man having suffered an incredible and life-changing accident benefitted from the positive energy dished out at Luckie Lounge in Atlanta. 200 foodies in attendance were cheerful the entire time and made the evening worth it. Anton Clifford’s story of survival put it all in perspective and allowed us and probably moreso the chefs in the kitchen, to pour our hearts into our work. 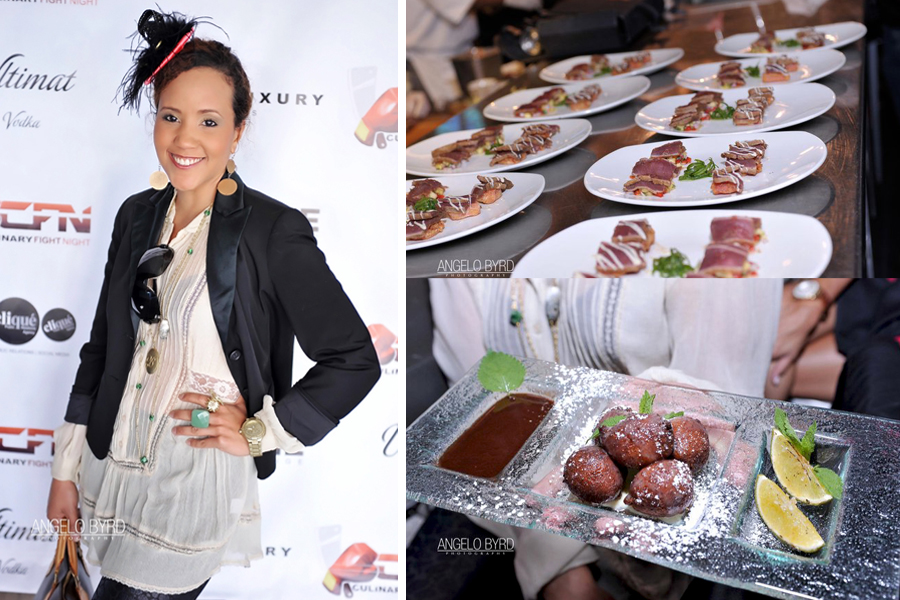 I sat on the panel made up of other lovely local celebs, notables and foodies. We were charged with tasting and discerning a discriminating difference between plates from the Blue and Red teams….Blue chefs hailed from Gordon Birsch Brewery and Red chefs hailed from Tantra Restaurant, a swanky hooka bar. The ingredients were, uhm, not a seemingly delicious combination and yet the talented crews managed to use them to make delectable treats.

Get this: tofu (which I’m not a fan of), fruit roll-ups (what a shame!) and Patron Café XO.

Here’s what each team designed:

Can you imagine what my mouth was experiencing! While sitting at the chefs bar and trying to catch all of my drool, the other judges and I were able to see how intense the teams worked side by side with slight time constraints. We talked amongst ourselves trying to figure out what was what. The fried watermelon initially looked like sweet potato tempura but how boring would that have been. I’m not a fan of watermelon and still enjoyed biting into a juicy piece of fruit turned savory. 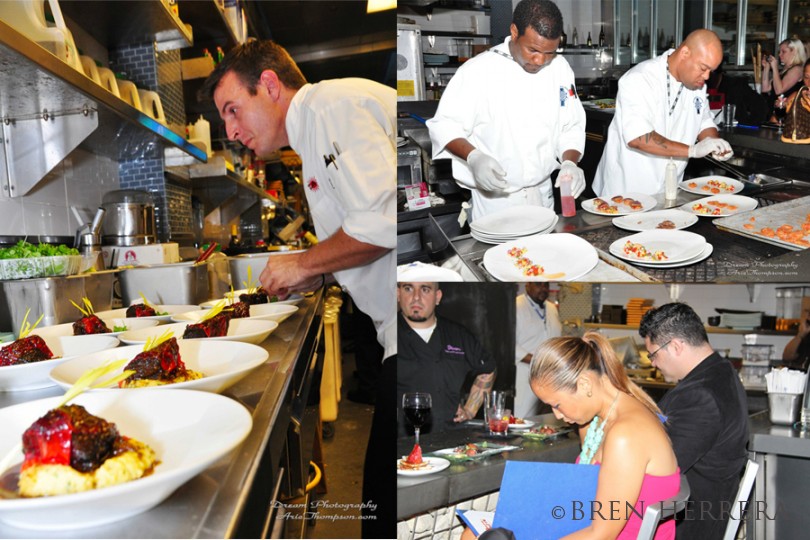 Of the appetizers, the tuna tartar on the plantian boat kicked ass! My goodness! OM! OM! So genius. Pretty slithers of daikon added an unassuming crunch that didn’t take away from the platano but created prettiness to the plate. That dish is a perfect example of how other people’s food inspire me. I’ve been at home playing with making plantain boats… and am having a ball. I even made some pretty dishes to share here but alas, they made it to my mouth before my camera could turn on. 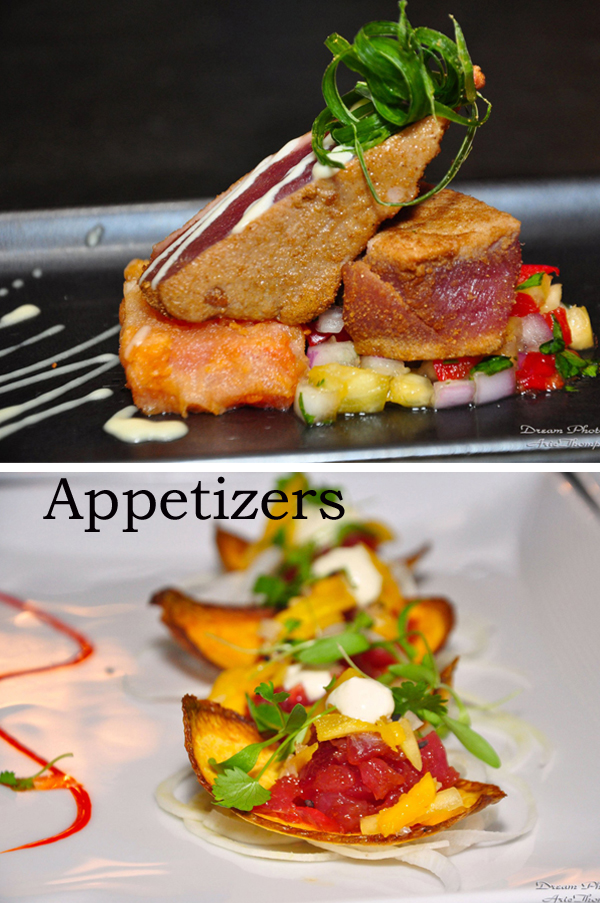 Of the main courses, the mashed potato was the least interesting but I thought was better than the ultra rich short rib. The latter, made by Tantra had better flavor but was too complex. The melted fruit roll-up could have been used differently. It boldly took away from the succulent piece of meat. I ultimately gave it to the Blue team. 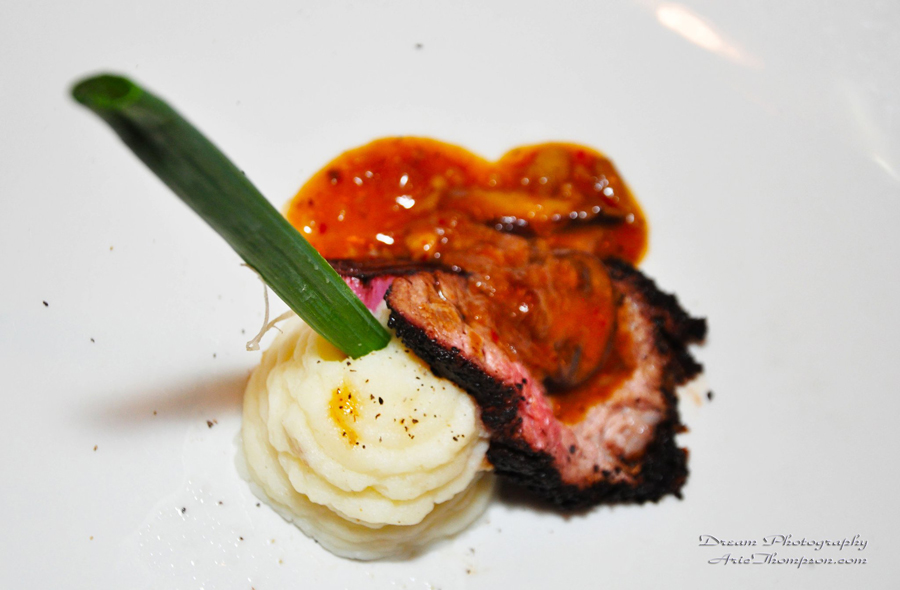 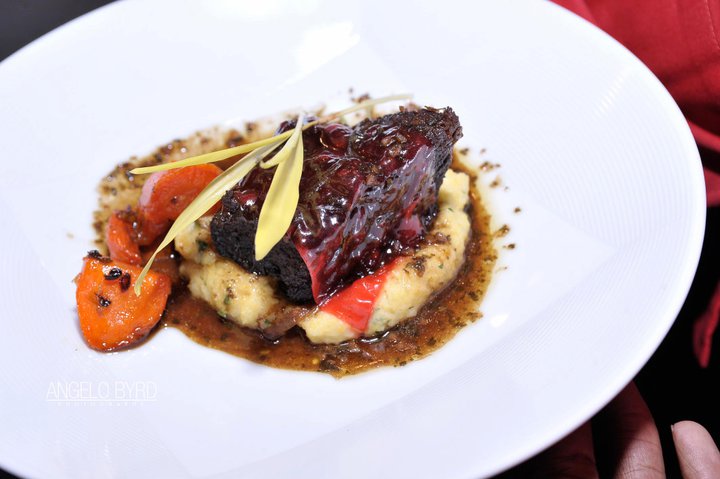 And finally, dessert. Oh sweet dessert. This where all shots are called and winners are tested. At least on my part. A tofu French toast with fresh strawberries was delicious. And smart. But, bite-sized doughnuts with Patron, chocolate glaze and other unnamed goodness took me to a place I’ve not been since my last visit to Europe. Hands down one of the best desserts I’ve ever had. I looked like a poor, destitute and starving, though well-clad woman as I asked for a “box of chocolates” to take home. 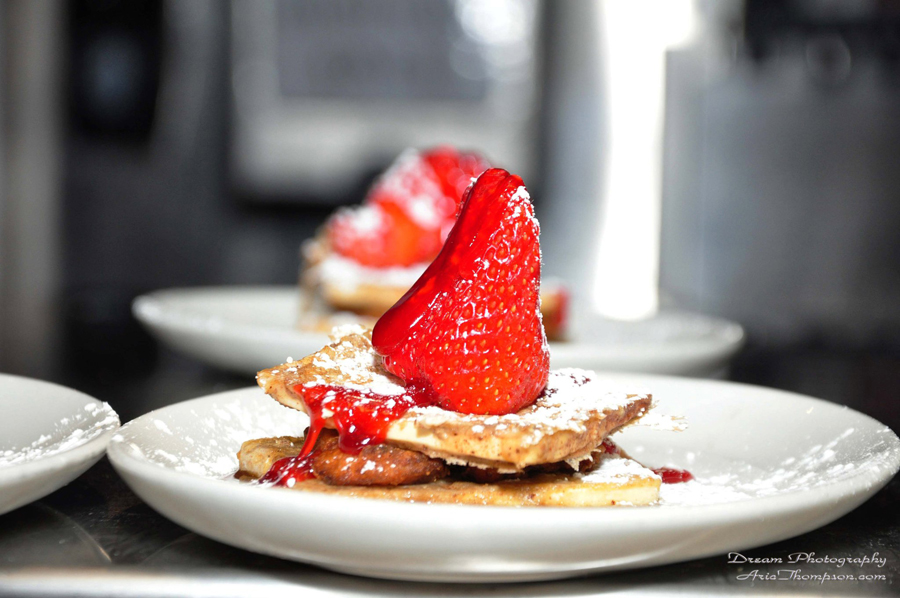 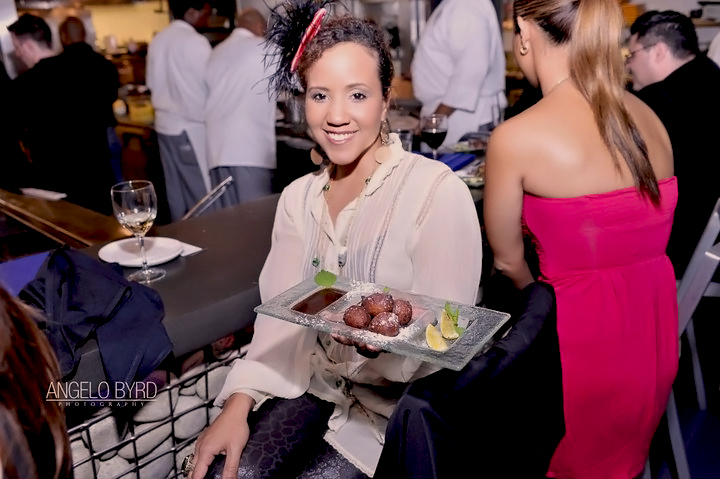 They were so good, I kept posing with them. I couldn’t get enough. I had every intention of manipulating the chef for the recipe, whom I strategically stalked all night. Being that close to his artillery put me at an advantage. But, I failed at getting it from him. Not because he wouldn’t share, rather because I had my face all up in that plate and would not take a break long enough to breath. I admit I had 12 doughnuts that night.

On dessert alone, Tantra won. Was it fair? Sure. It’s always about dessert.

Culinary Fight Night remains in Atlanta and is a great evening highlighting local talent and gives a platform for a worthy and needy cause to be featured and exposed. The two blend so well.

If you’re not convinced, watch me talk about CFN (at 6:50) with so much energy long before the rumbling started!

The next CFN is slated for August 23rd in Atlanta and I hear NY is in the works!

10 months ago by Bren Herrera
﻿ COVID-19 and the 'Rona have officially taken over our lives as we know it and all our coins are going to the grocery stores! Social distancing and proper hand-washing is key to staying safe and also flattening the curve. We still have to go grocery shopping...

0 thoughts on “Two Chefs Battle it Out For Charity at Culinary Fight Night & I Got To Judge!”