What is the Truth About GMO's? 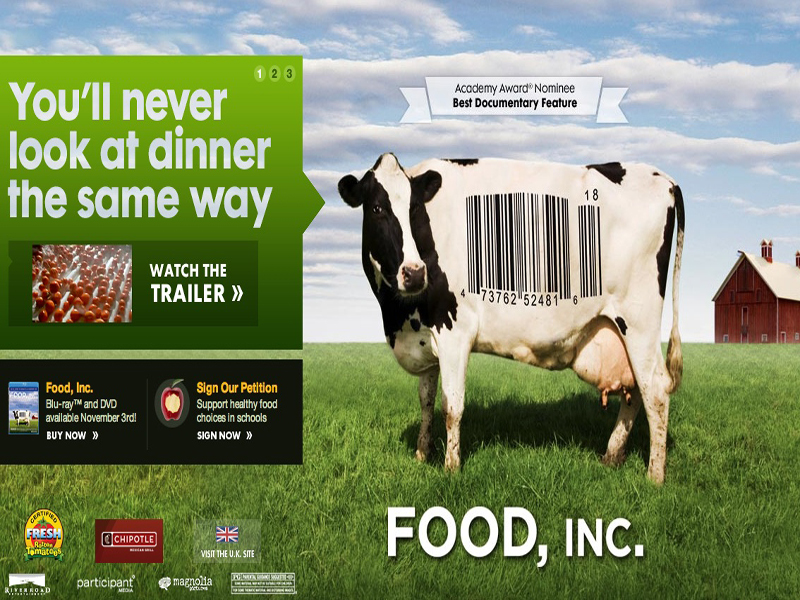 Ever since my DC-friend Kim O’Donnel recapped it while she was at The Washington Post, I’ve thought about it, watched previews and did some reading on all the points the documentary touches. However,  I reserved room not to watch it simply because I wasn’t ready to accept the undeniable truth.

And, I wanted to continue with my eating habits. In my opinion, they were perfectly fine, including the occasional ice cream bath and daily honey & milk splurge.

So, I sipped on Spanish wine, sat back and watched the documentary.

(Trailer; pic of  a Latin family, challenged with choosing vegetables or burgers)

A lot of the imparted information was not news to me, though seeing it in living color gave those facts a different element of disturbia. Other parts were jaw dropping. I won’t go into politics here, but to have 4 major food meat packing companies control 80% of American distribution, defies the principles of free commerce and open competition. My conclusion was that those companies are in bed with each other and have formed an alliance to keep the farming industry suppressed and dependent.

The GM (or GMO) debate is most astonishing. I’ve heard this term in the last 5 years, but never gave it real attention. For those of you that don’t know, GMO’s are genetically mutated organisms. Their purpose is multi-faceted. Some farmers, bio-engineers and scientists argue for the use of GMO’s in our crops for its growth potential, vitamin enhancing potential and herbicide protection (among others). In fact, the argument is so strong, I read (during brief research) that a “gold” grain of rice is being created that will have high properties of beta-karotene and Vitamin A. This “gold” strain was inspired in part, by concerns of blindness seen in 3 world countries where the population relies mostly on crops such as rice.

In 2006 (looking for more recent data), 252 million acres of transgenic crops were planted in 22 countries by 10.3 million farmers. The majority of these crops were herbicide- and insect-resistant, including, soybeans, corn, cotton, canola, and alfalfa (according to the Human Genome Project, sponsored by the government).

This means that mostly everything we buy and eat has a high chance of having GMO’s in it. Our federal government doesn’t mandate label disclosure of GMO presence in food. But, if you consider that most foods have some corn derivative, we can safely assume there is some percentage of GMO’s. The corn situation is an entirely different conversation.

If you look at the labels that are placed, specifically on produce, many of them say “product of this country or that country.” So, food that was once unavailable in the States because it’s not in season,  is now available from other countries. That adds an additional unknown factor, albeit my personal interest in accessing international food is strong and practical. The question is, do we know these countries’ seeding practices. Probably not.  But, we too have started to produce and offer  fruits and vegetables that are not year-round seeds. One of the “positives” listed in many of the papers I read, stated that these mutated organisms enhanced flavor and the aesthetic of crops and plants. An example would be the tomato, a fruit that naturally  harvests in summer. However, we all know that you can go to the grocery store and buy a large variety of different tomatoes, year-round.  That’s disturbing. Yes, they’re pretty and chunky, but at the expense of putting something in my body that has not been scientifically proven NOT to have long term effects.

As for the enhanced taste of these crops, the opposition, which I’m clearly falling to, can argue that we grow to like what we’re given every day. Even if we don’t necessarily like it, we adapt. Therefore, if we’ve been eating (and possibly, ONLY been eating) a super red, juicy tomato that’s ripened to perfection, naturally our taste buds might reject a natural, organic one we’re not accustomed to biting.

Opposing arguments are just as strong but pale in comparison when you consider the growing number of food companies that distribute GMO foods. Among the concerns are long term health effects  on the human body. In fact,  some research (as reported by CSA) showed that Monarch butterflies died after being introduced to GMO’s in certain plants.

The arguments go beyond human health and are just as important.

Kim shared the following video with me. She calls it the “ABC’s of GMO’s,” part of a series by scientist Bill Nye.

Editorial note 8/1/10: Shortly after I published this post, the video above was been removed from Youtube. I wonder.

But, I went back to Youtube and found incredible footage and additional documentaries and feature films on the dangers and global debate of GMO’s. I fount the following one to be pretty though-provoking (though, there was another one that really puts the issue in your face). I’d love your thoughts.

After some preliminary research, I’m still not certain on all the ins and outs of the GMO practice. However, what I did learn was enough for me to be even more conscious and start changing my eating habits, again.

What do you and I do?

Be informed, read packaging and talk to your grocery stores’ produce  manager and ask him/her questions about the source of the produce and foods being sold there. As your friend, I challenge you to go further and eat local, sustainable food, if you’re not already. Do research on your local farmers and develop a relationship with them. Ask them about their planting and feeding practices. Ask them where they resource their seeds from. Think smaller, not bigger, in this instance. In talking to just two local farmers outside Atlanta, I felt the genuine and transparent approach to producing healthy, viable and true food. Food that I can peacefully eat.

0 thoughts on “What is the Truth About GMO's?”