I should in Kentucky right now, rocking my baddest hat. Really. The famed Kentucky Derby is this tomorrow and I’m not going to be there. After watching an intense race last year, which happened as a result of my mother’s recent (in the last 2 years) unmatched obsession with the movie Secretariat and all things horse-racing, I got into the sport’s culture and made it a point to make it to Churchill Grounds. I’ve always appreciated the historic race, but only last year did I really get it. I got it so good, I embraced the classic and must have mint julep. I had a little party by myself in Atlanta. Mami and I spoke shortly after the race and virtually toasted to the win. My dad ended up taking her to The Preakness in Maryland. It was great but no the same.

So I’ll wallow in absence in the stands and follow along the tweets and online news coverage of it. I’ll find some connection in the ubiquitous cocktails making the rounds and being shaken up all over the country. Since Bourbon and all things Whiskey are short orders, it makes obvious sense to share some whet treats to you enjoy. Especially if you’ll be betting from your couch and not waving a fan in your face.

I pinged some blogging friends who have featured Bourbon in all its manliness on their blogs to allow me glorify their makings. Aside from the mint julep which I’m setting up high on a pedestal again this year (I’m still in lust with how it turned out), these two treats can easily become mainstays in our entertaining repertoire beyond the fastest two minutes ever to pass our sight.

This ‘whiskey mash’ using Maker’s Mark was everything for me. I first tried it at home earlier in the week exactly how the recipe is written, but sine I was on my way to Richmond to explore their burgeoning food scene, I drew up anticipation to try a version by a hot local chef and resto owner… After breezing through historical corners and Monument Avenue in downtown Richmond and over-indulging in a protein powered dinner, I planted myself at Comfort Restaurant’s bar, where they boast 125 whiskeys. Southern boy Jason Alley, who has lived in my hood in Atlanta, ever so casually brings me a 4 page list of his entire whiskey collection. I was too confused and overwhelmed to try to understand any of it, so I stuck to what I know. He kindly obliged but offered to walk me through some of the list. Just 25. The 25 he features every week. Still too much for a super lightweight, but spirits heaven for a few I know.

I passed his cute bartender Derrick my recipe. He turned up with this interpretation using tarragon instead of mint. He fancied me all the way up, ya’ll!  He was unsure of diluting the classic mint infusion but I assured him tarragon had its proper place and probably better fit for this swig.

And yep, I liked it. He went easy on the whiskey for me, which let the citrus flavors jump out. 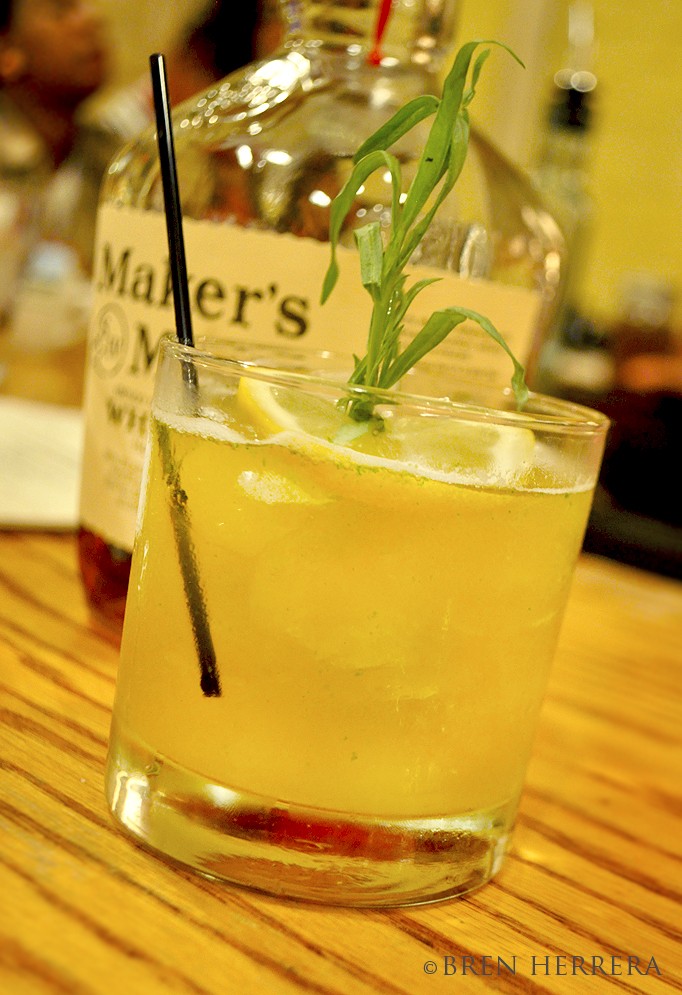 If I were home this weekend and hosting a small fete around 4 pm, I’d be making this drunken bourbon ice cream. A new blogging friend Donna from the blog Cookistry quickly came to my call when I asked for some luscious treats for this weekend. I was instantly amused by this basic vanilla ice cream with fine touches of the southern spirit. I’ve had and made rum ice cream which is borderline intoxicating, but a bourbon one just sounds smokey and rich. Hers came out almost too pretty to eat. Simply stated allowing the flavors to speak for its goodness. 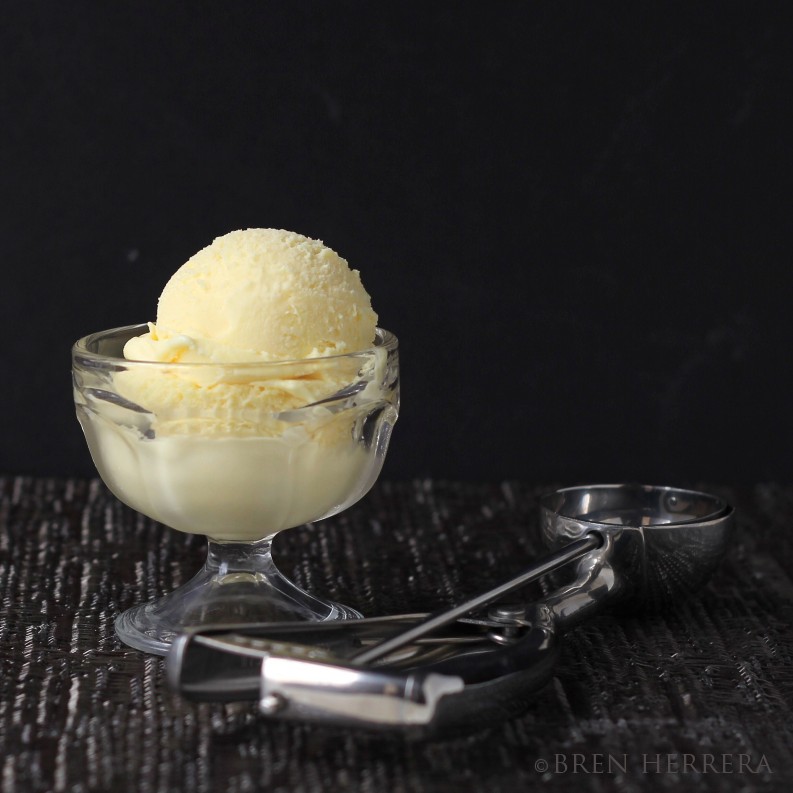 There a tons of others things you can conjure up tomorrow. Cakes, other concoctions, pies, floats, cookies, breads, etc.. you name it… there are hundreds of recipes out there to play with. This is just my small contribution to a culture of speed racing, seer suckers and the best hat fashion how ever.

Next year though, I’ll be there. In full regalia. Watch.

Want to stick to classics… here’s the very pretty mint julep I made last year. 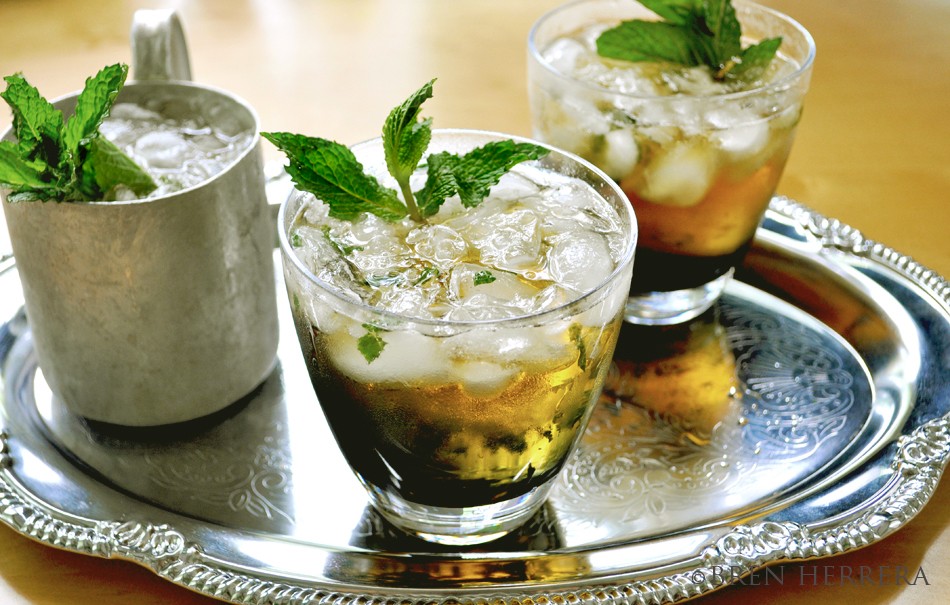 1.    Muddle all ingredients except Maker’s Mark Bourbon in a bar glass.

2.    Add Maker’s Mark Bourbon, and shake with ice. Strain into an ice filled rocks glass. Garnish with a sprig of mint and a lemon wheel.

Dale’s other variation is a Whiskey Peach Smash. Muddle 4 slices of fresh peach with the lemon, mint, and simple syrup. Add Maker’s Mark Bourbon and shake with ice. Strain over ice filled rocks glass. Garnish with a fresh peach slice. 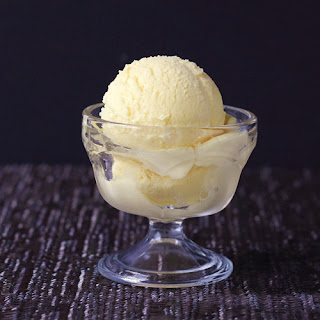 Method:
Combine all the ingredients in a bowl. Whisk until smooth and you can no longer feel the grittiness of the sugar in the bottom of the bowl.

You can chill the mixture in the fridge at this point, but since the milk and cream were both refrigerator-cold when you started, you can churn this right away. No waiting. Almost instant gratification.